A Texas mother-of-five was nearly left paralyzed by a sneeze that herniated a disc in her lower back.

After the sneeze in early 2019, Jennifer Diosdado, of Cedar Hill, immediately began feeling back pain.

Several strange symptoms followed. She felt numbness in her legs, she lost bladder control and she struggled to even get out of bed, reported NBC DFW.

Finally, a doctor diagnosed Diosdado with cauda equina syndrome, a serious condition in which the lower spinal cord nerves become compressed, often after a disc herniates.

She was told that had she waited any longer to receive treatment, she would have been permanently paralyzed.

After Jennifer Diosdado, of Cedar Hills, Texas, sneezed earlier this year, her lower back began hurting. Pictured: Diosdado (in pink shirt) with her husband and five children 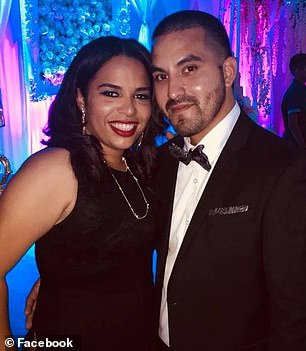 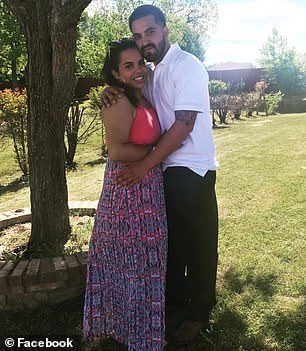 She also began feeling numbness in her legs and lost bladder control. Diosdado visited Methodist Dallas Medical Center, where she was diagnosed with cauda equina syndrome. Pictured, left and right: Diosdado with her husband

Diosdado described the pain as some of the worst she has ever felt.

‘They say childbirth is the worst pain ever. I want to say this was pretty bad,’ she told NBC DFW. ‘It had me on my knees. I couldn’t get dressed for work. I had to call in a lot.’

She visited several doctors, who recommended she take up yoga or look up stretches to treat sciatica.

‘I couldn’t do anything. I couldn’t take care of [my kids],’ Diosdado said. ‘My kids had it really rough because they’re not used to seeing mom down.’

One day, when the pain became nearly unbearable, she visited the emergency room at Methodist Dallas Medical Center, where she had an MRI.

‘When she said the key words that her pelvic region was numb and her legs were weak, I almost knew it was cauda equina,’ emergency room physician Dr Brad Sellers told NBC DFW.

Cauda equina syndrome (CES) is a condition in which the nerves at the bottom of the spinal cord become compressed.

It most commonly occurs from a herniated disc in the lower region of the spinal cord.

Dr Sellers explained that when Diosdado’s disc herniated, the spine became compressed against the bone.

Symptoms include lower back pain, groin numbness, rectal pain, loss of bladder and bowel control and paralysis of one or both legs. 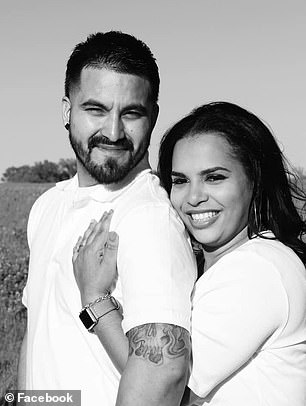 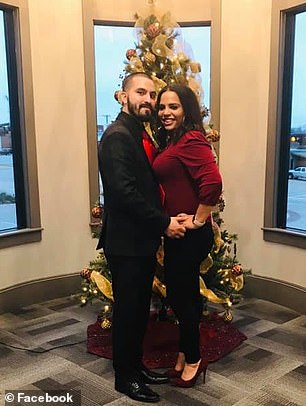 CES is a condition in which the lower spinal cord nerves become compressed, often after a disc herniates. Doctors told Diosdado that if she waited any longer to seek treatment, she would have been permanently paralyzed. Pictured, left and right: Diosdado and her husband 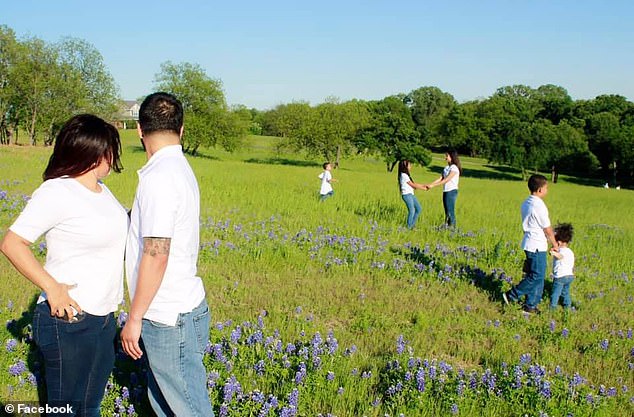 Diosdado currently uses a walker to get around and it will be about a month before she fully recovers. Pictured: Diosdado with her husband (left) and their  five children

If CES is not promptly treated, the nerves to the bladder and bowel can become permanently damaged.

According to Dr Sellers, if Diosdado had waited any longer to seek medical treatment, she would have been paralyzed.

Surgeons performed an emergency operation on Diosdado’s back to remove the herniated disc and relieve the pressure on her spinal cord.

Within a week, the mother-of-five said she finally had feeling in her lower body again.

She currently uses a walker to get around and it will be about a month before she fully recovers, according to NBC DFW.

‘I don’t see my life the way I used to see it,’ Diosdado told the station. ‘Live in the moment. Appreciate what you have.’