Stormy Loraine Johnson, 38, was booked into Wichita County Jail on charges of murder and evidence tampering in connection with the murder of her 11-year-old son, Logan Cline

A Texas mother has been charged with murder and tampering with evidence over the death of her 11-year-old son who was found dead in an abandoned car in Wichita Falls in 2019.

Stormy Loraine Johnson, 38, and her boyfriend are accused of physically and sexually abusing son Logan Cline – and even subjecting him to bestiality, police say.

One vicious beating in the weeks before his death left the boy unable to speak, police say.

Logan’s body was found covered with clothing in the backseat of an abandoned car on Kenley Avenue near the Red Roof Inn on Central Freeway on February 27, 2020.

Johnson was booked Friday into Wichita County Jail after being extradited from Nevada.

A judge set her bond at $1 million for murder and $250,000 for a charge filed last year of tampering with evidence, according to public records.

Johnson was previously held at the Florence McClure Women’s Correctional Facility in Las Vegas for a charge of abuse/neglect/child endangerment.

She was extradited from Nevada where she and her former boyfriend, Corey Allen Trumbull, 33, had been arrested on other charges after leaving town.

Trumbull was charged with capital murder of a person 10 to 14 years old in connection with the 11-year-old’s death.

He is currently serving time in Nevada’s High Desert State Prison for charges of domestic violence with a deadly weapon, lewdness with a minor, and abuse/neglect/child endangerment.

Las Vegas Police shared information with Wichita Falls Police about a possible victim hidden in a car near the Red Roof Inn off I-44 while the Nevada police were investigating a domestic abuse case involving Trumbull and Johnson.

Trumbull was first arrested on domestic violence charges in Las Vegas when Johnson told police she fled from Trumbull after he beat and choked her repeatedly with a dog leash made of metal chain. She had numerous broken bones. 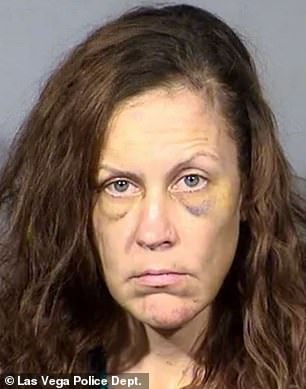 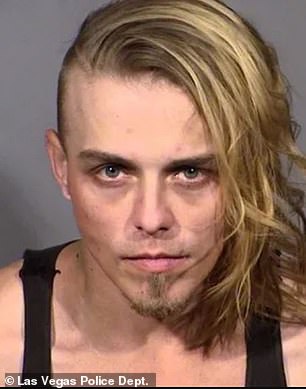 Trumbull lived in the Red Roof Inn with Johnson, her 11-year-old son, and 15-year-old daughter from October 2019 until December 2019 when they were evicted

While Johnson was being questioned at the Las Vegas Metropolitan Police Department on February 27, 2020, she told officers that her son was killed at the Red Roof Inn in Wichita Falls and directed them to where his body could be found.

The information was immediately shared with the Crimes Against Children Unit of the Wichita Falls Police Department who recovered the corpse the same day. Trumbull was arrested the day before on domestic abuse charges.

A Wichita Falls detective traveled to Las Vegas to interview Johnson. She explained that she and her children began moving between hotels when they began living with Trumbull in 2019. They arrived in Wichita Falls from Midland, Texas, that October and stayed until December.

She described a series of appalling physical abuse and torture that her son endured while the family lived with Trumbull. Wichita Falls Police said Johnson never tried to prevent the abuse or seek medical help.

The boy’s older sister also gave descriptive accounts of the daily physical and sexual abuse she and her brother experienced claiming that her mother also participated in, KFDX report.

The 15-year-old told authorities that her brother suffered a broken nose on more than one occasion and that his body was bruised from head to toe.

She told the detective that her brother was beaten for no reason and forced to sleep in a closet away from the others.

The teenager said that about two weeks before her brother was killed, Trumbull stomped on his head. She her brother was no longer himself and unable to speak clearly after the intense beating.

On the last night of his life, his sister said Logan was beaten with a belt, a stick and hands when he began to have seizures. ‘They just kept hurting him,’ the distraught sister allegedly told officers.

Johnson and Trumbull then allegedly tried to feed him soup when he began coughing up blood.

Trumbull then allegedly began searching for a pulse and performed CPR on the boy before declaring him dead.

Police say Trumbull then moved the boy’s body into an ice bath before dumping the body in the abandoned car and then moving the family out of town. 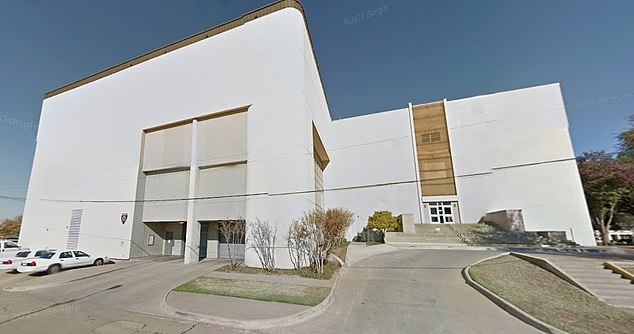 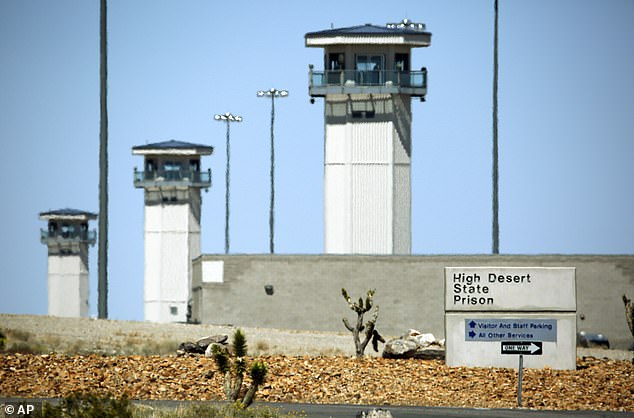 Trumbull is currently being held at High Desert State Prison for charges of domestic violence with a deadly weapon, lewdness with a minor, and abuse/ neglect/ child endangerment

The 11-year-old’s body was left in an old four-door Ford Sedan near the Red Roof Inn where Johnson and Trumbull had been staying with the boy and his older sister.

On December 28, 2019, police officers were called to the hotel when the couple was evicted for nonpayment. Only the couple and the daughter were seen at the time of the eviction.

Two weeks prior, on December 14, 2019, checked on the welfare of the children speaking with both the children.

After being evicted from the hotel, Johnson and her daughter moved to Las Vegas with Trumbull where they lived out of a pick-up truck.

Along with the domestic abuse and charges in connection to Logan’s death, the couple is alleged to have committed a string of additional crimes in Nevada, ranging from possession of child pornography, sexual assault of a child, lewdness with a child and child abuse or neglect.

In Texas, capital murder charges are punished with life in prison or the death penalty.