Texas ‘suitcase killer’ to be executed Tuesday for murdering woman

Rosendo Rodriguez III, 38, is scheduled to be executed in Texas after being found guilty of capital murder in the 2005 death of Summer Baldwin, 29, who was pregnant at the time

A Texas man who admitted he killed a 10-week pregnant woman and then stuffed her body in a suitcase will be executed on Tuesday.

Rosendo Rodriguez III, 38, of San Antonio, Texas, is set for execution for the 2005 slaying of Summer Baldwin, 29, who was 10 weeks pregnant when she died. Rodriguez’s execution, scheduled for after 6pm Tuesday, comes the day after his birthday.

An employee at the Lubbock city landfill spotted a brand-new piece of luggage amid the mountain of trash, opened the suitcase and discovered Baldwin’s beaten naked body stuffed inside.

Detectives used a barcode label sewn to the luggage to establish it was purchased a day earlier at a Walmart. Debit card records and store surveillance video identified the buyer as Rodriguez, a Marine reservist from San Antonio, Texas, who’d been in Lubbock for training that included martial arts combat.

Rogers’ mummified remains were found, like Baldwin’s, inside a suitcase at the city garbage dump. The 16-year-old disappeared from her home in May 2004 and had been missing for more than a year by the time Rodriguez confessed to slaying her.

Court records show Rodriguez was linked to at least five other sexual assaults, as well.

Rodriguez was found guilty of capital murder in Baldwin’s case in 2008. 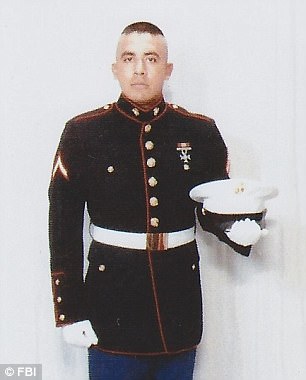 Rodriguez, a Marine reservist from San Antonio, Texas, was in Lubbock, Texas, for training at the time when he admitted to killing Baldwin at a hotel after he said they had consensual sex Rodriguez’s attorneys appealed to the US Supreme Court on Monday, after lower courts rejected appeals to delay his execution on March 19

‘What kind of person does that, just throws them out like the morning trash?’ Powell said.

Rodriguez would be the fourth Texas inmate executed this year and the seventh nationally.

Attorneys for Rodriguez appealed Monday to the U.S. Supreme Court as their ‘last hope’ after lower courts rejected appeals that focused on the medical examiner who testified about Baldwin’s autopsy at his trial.

Rodriguez’s lawyers said the coroner recently settled a whistleblower lawsuit, previously unknown to them, that alleged he delegated some duties to unqualified underlings. The lawsuit ‘bears directly on the credibility and admissibility of the medical examiner’s testimony in this case,’ attorney Seth Kretzer said. 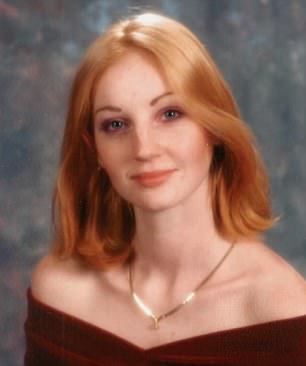 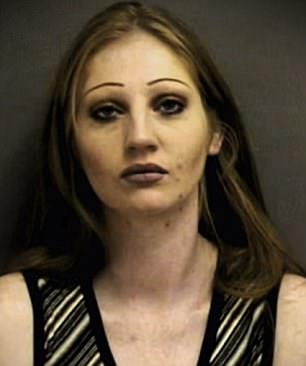 Baldwin, 29, was 10 weeks pregnant at the time of her death. Court records describe Baldwin, the mother of four, as a prostitute. She’d served jail time in Lubbock for a drug conviction 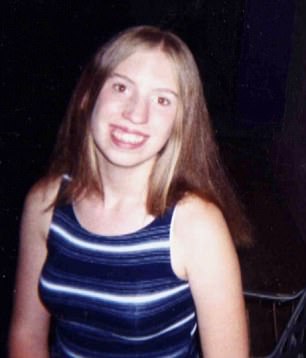 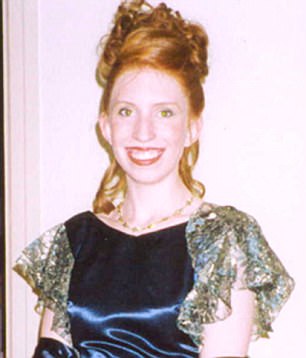 Rodriguez admitted to murdering Lubbock high school student Joanna Rogers, 16, who went missing in 2004. Authorities said that they had met online in a chat room

Assistant Texas Attorney General Tomee Heining said Rodriguez’s appeals were ‘nothing more than a last-ditch effort’ that were improper, untimely and meritless.

The settlement involving a dismissed former employee, who didn’t start work until five years after Rodriguez went to trial, included a statement that there was no reason to question the scientific validity of findings or opinions made by the medical examiner’s office. Court records show the medical examiner personally conducted Baldwin’s autopsy.

Rodriguez was arrested at his parents’ home in San Antonio days after Baldwin’s body was discovered.

Court records describe Baldwin, the mother of four, as a prostitute. She’d served jail time in Lubbock for a drug conviction.

Three weeks after his arrest, Rodriguez gave Lubbock police a statement saying he killed Baldwin in self-defense when she pulled a knife on him after the two had consensual sex on September 12, 2005, at a hotel room.

Investigators tracked Rodriguez’s debit card transactions and found surveillance footage of him buying and walking out of a Walmart with a black suitcase that was identical to the one that was found in the landfill containing Baldwin’s body, KCBD reported.

Rodriguez’s debit card activity also led investigators to a possible crime scene — he had used a debit card to withdraw $22 at an ATM inside a Holiday Inn the night before he appeared to have purchased the suitcase.

Testimony at his 2008 trial showed she had about 50 blunt force wounds and may have been alive when she was folded into the suitcase and tossed into a trash bin.

The contents of the bin subsequently wound up at the city dump. Defense attorneys suggested a trash compactor could have killed her.

Jurors who convicted him of capital murder heard during the trial’s punishment phase from five women, including his high school girlfriend, who testified he raped them. Jurors also heard about his confession to killing Rogers, the 16-year-old Lubbock girl who evidence showed he initially met in an online chat room.

Prosecutors decided to seek the death penalty after Rodriguez scuttled a deal where he’d plead guilty to killing Baldwin and the teenager in exchange for a life prison term.