Texas Trio arrested for conspiring to sell $1million of fentanyl

Barbara Wilson, 21, above, was arrested along with two accomplices for conspiring to sell $1million worth of fentanyl

Three Texans have been charged with drug conspiracy after they were found with $1million dollars worth of fentanyl in Ohio.

The Houston trio Anthony Robinson, 32, Darrius Lewis, 29, and Barbara Wilson, 21, were arrested on Tuesday after they were not only found with the drug, but also attempted to mail a package of fentanyl in Lucas County, Ohio.

The trio possessed enough of the dangerous opioid to ‘kill everyone in Toledo several times over’ according to US Attorney Justin Herdman.

They were arrested at an undisclosed Red Roof Inn in Lucas County, Ohio where authorities found with 1.1lbs (.05kg) of fentanyl and about $8,500 in cash in the motel room, according to the Toledo Blade.

The motel manager raised alarm to authorities on Monday reporting ‘three persons had just checked into the hotel and that they were acting strange’, according to the affidavit.

The tip led authorities to a South Toledo post office at 6020 W. Bancroft St. where a package the trio sent was seized and found to conceal 2.2lbs (1kg) of fentanyl stuffed inside a coffee can and wrapped in heat-sealed plastic, with a delivery address for Texas, according to the affidavit. 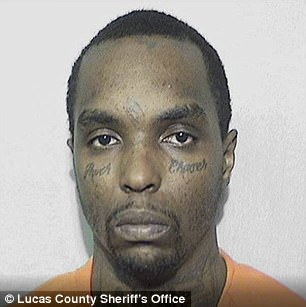 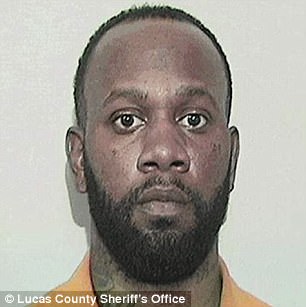 Darrius Lewis, 29, left, and Anthony Robinson, 32, right, were also arrested in the plot that saw the three attempt to mail 2.2lbs of fentanyl to Texas from an Ohio post office 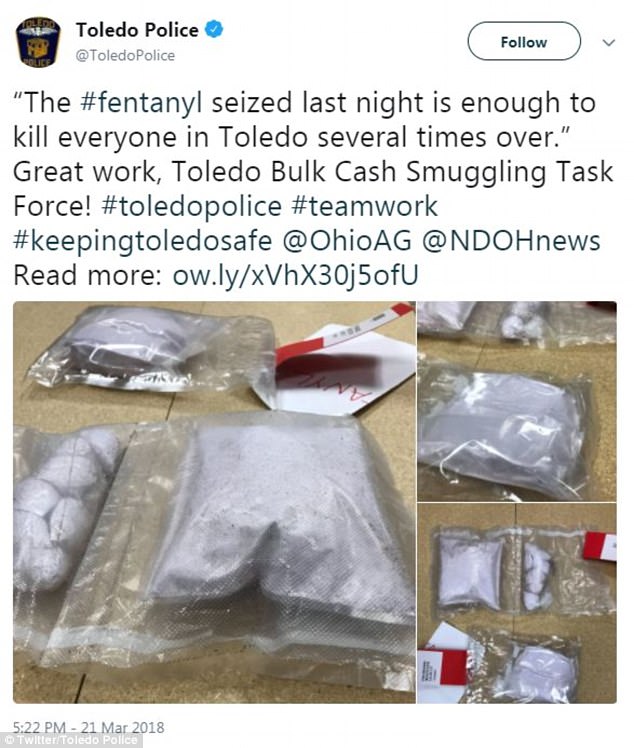 Toledo, Ohio police shared this post revealing the massive amount of fentanyl the three possessed in the mail package as well as in their motel room 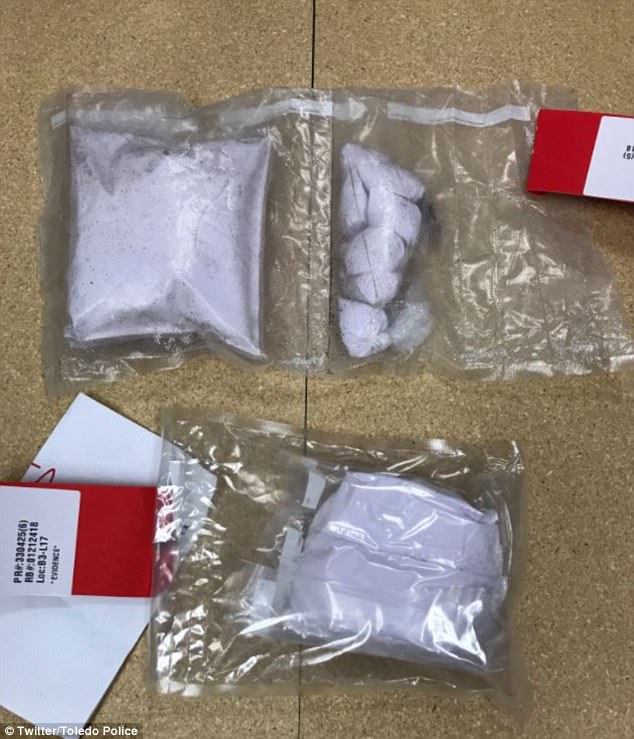 The total of 3.3lbs of fentanyl was seized and has a street value of $1million

Robinson and Wilson drove to the post office on Tuesday in separate cars.

Robinson reportedly entered the office with a package while Wilson returned a rental car then returned to the motel in Robinson’s car, according to the Dallas Morning News.

When questioned by police, Robinson claimed that Wilson was his half-sister and they had driven to Toledo from Texas to attend a wedding.

Lewis told police he flew to a Detroit airport and then took an Uber to Toledo to meet Wilson to help her drive back to Texas.

Robinson and Lewis have a history of ‘prior arrests and convictions for narcotics and firearm-related offenses’ according to the affidavit. 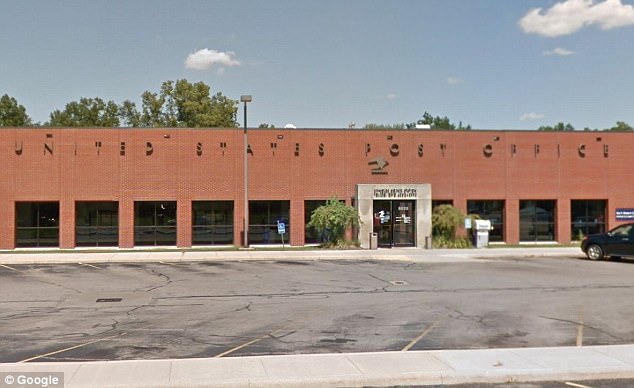 Atip led authorities to a South Toledo post office at 6020 W. Bancroft St. where Robinson and Wilson were caught on camera entering in separate cars 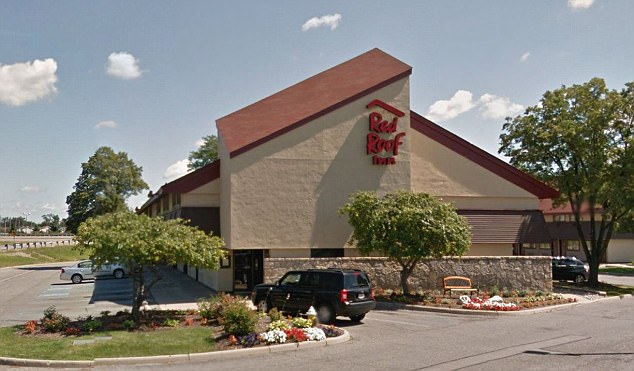 They were arrested after police used a search warrant to raid their room at an unspecified Red Roof motel in Lucas County where they found a 1.1lbs of the drug and $8,500 in cash (File image of Lucas County Red Roof above)

Robinson was also released from prison in February.

Fentanyl is ‘a dangerous synthetic opioid with deadly consequences for users and those in law enforcement,’ special agent Steve Francis of US Immigration and Customs Enforcement homeland security investigations in Detroit said.

They are being held at the Lucas County Jail in Ohio.

On Wednesday in an initial court appearance they were each charged with conspiracy with intent to distribute a controlled substance.

A pretrial hearing is set for March 29, according to the Toledo Blade.

Toledo police posted an image on Twitter of the massive drug bust.