This morning, a Texas woman’s surgery to remove the cancer in on one of her breasts was streamed live on Facebook.

Sonia Johnson, 50 was diagnosed with breast cancer last December at a check up.

One in eight women in the US will get the disease at some point in their life, but diligent screening and fast action can be life-saving.

Sonia was not about to wait around for her cancer to spread, or worse.

Today, she had a lumpectomy to remove the cancerous portion of her breast – while more than 25,000 people watched on Facebook, and Sonia and her doctors hope the public affair will raise awareness and encourage others to check their breasts.

Dr Lauren DiPasquale and her surgical assistant performed a lumpectomy to remove a tumor from Sonia Johnson’s breast – while livestreaming the procedure to 26,000 viewers 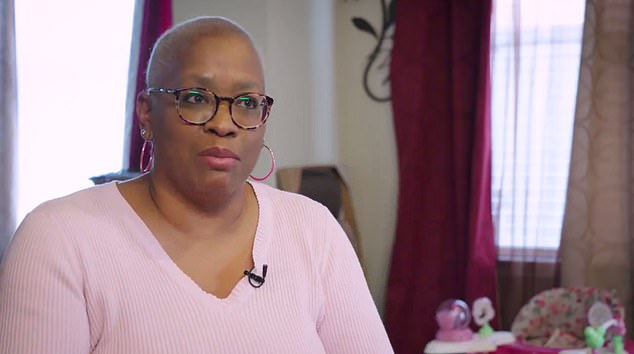 Facebook friends and communities provided solidarity for Sonia, 50, after she was diagnosed

October is breast cancer awareness month and survivors and their loved ones worldwide are working on bringing the spotlight to the disease in their own ways.

Scores are participating in walks and runs, sporting their pink ribbons and shirts, making donations, shaving their heads in solidarity, or even getting their surgery scars tattooed.

And Sonia has shared with the world her very personal treatment journey.

As soon as the mother and grandmother found out that she had cancer last winter, she jumped into action.

‘It’s an emotional journey, but you can’t sit,’ she told CBSDFW.

‘You’ve got to be mentally ready to walk this journey. It’s a fight, it’s a fight all the way.’

Sonia’s fight started with chemotherapy to shrink the tumor, but in order to be cancer free, she would need surgery. 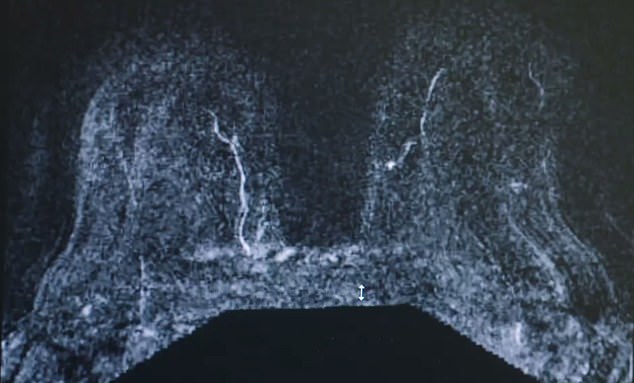 A mammogram revealed Sonia’s cancer, and she is urging all women to get checked 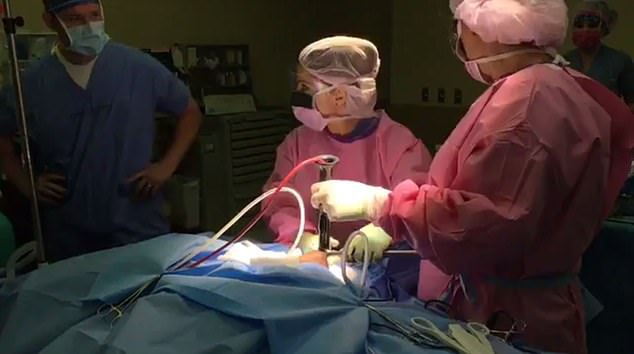 After the operation, Dr DiPasquale announced it had been a success, and that Sonia is now cancer-free

If breast cancer is caught early enough, surgery to completely remove the cancerous tissue – typically after chemo or radiation to shrink any tumors – can be a cure for the patient.

The sooner a patient undergoes surgery, the better their odds of survival are.

And the earlier a cancer is diagnosed the more likely a patient will be eligible for surgery.

If breast cancer is caught in the first stage, it consists of a singular, small tumor with clean margins, and the five-year survival rate is nearly 100 percent.

In the second stage, the cancer is still contained within the breast or is just beginning to spread into the lymph nodes. The survival rate over five years is still high, at 93 percent.

By the third stage, five-year survival rates dip to 72 percent, but can still be cured.

But once breast cancer becomes metastatic, spreading to more distant locations throughout the body, in stage IV, the five-year survival rate drops to just 22 percent.

Breast cancer is most common in white women, but more deadly for black women, like Sonia.

Black women tend to develop breast cancer earlier in life but get diagnosed at later stages.

Some of this disparity is genetic, but much of it is due to disparities in access to health care, and, particularly, to screening.

After her shock diagnosis and throughout her treatment thus far, Sonia told CBSDFW she found support and sisterhood in Facebook communities and friends.

Now, she hopes that watching the lumpectomy Methodist Charlton Medical Center surgical oncologist, Dr Allison DiPasquale performed (in pink scrubs) on her will inspire others to get screened.

She hopes her viewers will see the procedure and think: ‘Wow, I’m going to go get my mammogram and I’m going to make sure I don’t have cancer.’

‘Other people paid it forward before me and now I’m pushing it and paying it forward for somebody else,’ she added.

Before the procedure Sonia told CBSDFW: ‘I will be able to say ‘I had cancer’. Right now I say I have cancer. Tomorrow [it will be] I “had” cancer.’

Still clad in her pink scrubs, Dr DiPasquale emerged from the operating room to announce that the surgery had been a success, and Sonia is now cancer free.