A text message between a wedding magazine’s editor and a photographer has revealed the publication’s refusal to feature gay couples on its cover.

Photographer Lara Hotz noticed that White magazine didn’t make any reference to gay couples during the 2017 postal survey, so she reached out to its editor.

‘I couldn’t find any same sex marriage content that they had ever published, or any comments from them about it,’ she told Daily Mail Australia. 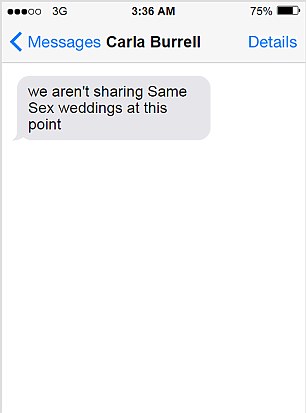 Ms Hotz, whose images have graced the cover many times before, said she felt confident bringing up the subject given her previous relationship with the magazine.

But when the editor didn’t reply, she reached out again – only to receive a blatant refusal via text, which said the magazine wouldn’t feature gay couples.

In the text message, which was seen by AAP, Ms Hotz was told ‘we aren’t sharing Same Sex (sic) weddings at this point’.

Ms Hotz, who is married to her female partner, said she feels discriminated against and undervalued by White’s previously unspoken policy.

‘I imagine the majority of LGBTQI persons would be feeling hurt regarding not being represented equally or at all,’ she told AAP on Thursday.

Separately many advertisers, photographers, videographers and celebrants have also taken to social media to share stories about their interactions with White.

Advertiser and photographer Ona Janzen was ‘shocked’ to hear White was refusing to cover gay weddings.

‘If I had known they don’t support SSM I wouldn’t have chosen to spend a good portion of my marketing funds with their magazine, on principle,’ she told AAP on Thursday. 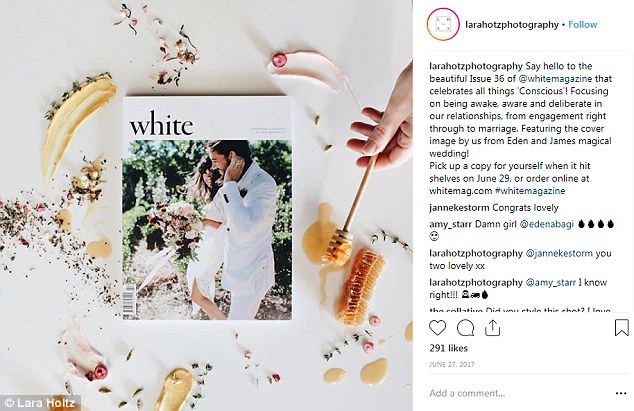 Ms Hotz, whose images have graced the cover many times before, said she felt confident bringing up the subject given her previous relationship with the mag

Ms Janzen said it ‘doesn’t feel right’ that a same-sex couple could subscribe to the magazine and be unaware it doesn’t support marriage equality.

Ms Hotz insists she’s not trying to force White to think like her. She simply wants the ‘influential’ magazine to be open about its position so people are informed before buying the magazine or advertising in it.

The photographer says most people in the industry support the right of same-sex couples to marry.

Advertiser and eco-wedding expert Sandra Henri was disappointed with White’s ‘silence’ on the day the postal survey result was announced in mid-November.

‘The silence has continued since then,’ she told AAP. 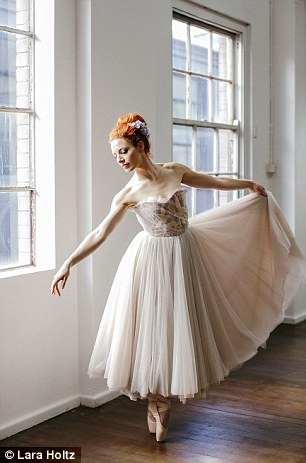 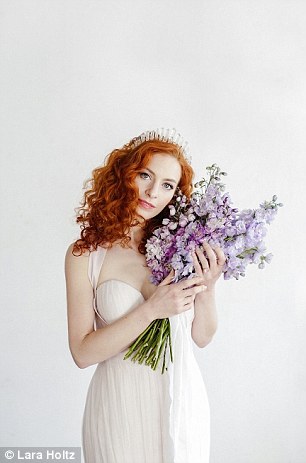 Ms Hots, whose photography frequently appears in the magazine (pictured), says she wants the ‘influential’ magazine to be open about its position

Ms Henri challenged White to have a trial period of ‘diversity’ in the magazine.

On its website, the publication states it is ‘obsessed with changing the wedding culture to bring meaning back into marriage’.

Ms Hotz said the issue is more than just a difference of opinion between White Magazine and herself.

‘This is an issue between hundreds of wedding professionals wanting answers,’ she said.