The story of how a Thai youth football team became trapped in a cave by monsoon rain and eventually rescued in a dramatic operation after 18 days underground is reportedly being made into a Netflix series.

The 12 boys and their coach are ‘about to sign’ with the streaming giant to retell the ‘harrowing and heroic story’ of their ordeal in the Tham Luang cave in Thailand’s northern Chang Rai province.

Bringing their tale to life on the small screen will be the production company behind hit blockbuster Crazy Rich Asians SK Global Entertainment, according to CNN.

Harrowing story: The 12 boys and their football coach ended up trapped in a cave in Mae Sai, northern Thailand, and it took 18 days to free them 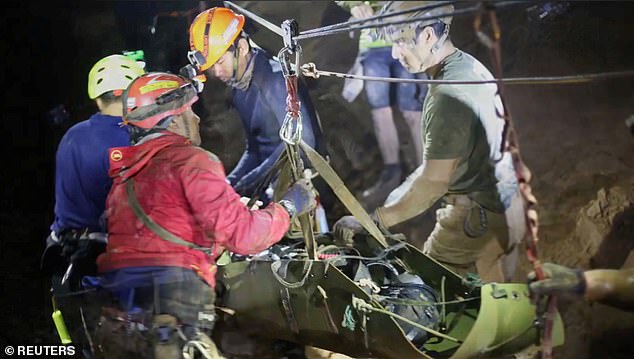 Mission: Rescue personnel are seen moving one of the young footballers through the Tham Luang cave complex in the northern province of Chiang Rai, Thailand last July

The Wild Boars football team spent more than a fortnight trapped in the dark before divers rescued them in an mission of unprecedented complexity – diving the boys out through twisting passageways while they were heavily sedated.

The dramatic rescue mission, which cost the life of an ex-Thai Navy SEAL diver, was followed around the globe and made the young football players famous far beyond their home country.

Seven months since their harrowing ordeal, at least six books about the rescue are listed on Amazon, and another film has already wrapped and is set to premiere on the anniversary of the rescue this July,

Netflix said in a statement to CNN that if the contracts are signed, the Wild Boars will donate 15 per cent of all the income to Thai Governmental Disaster Mitigation Offices. 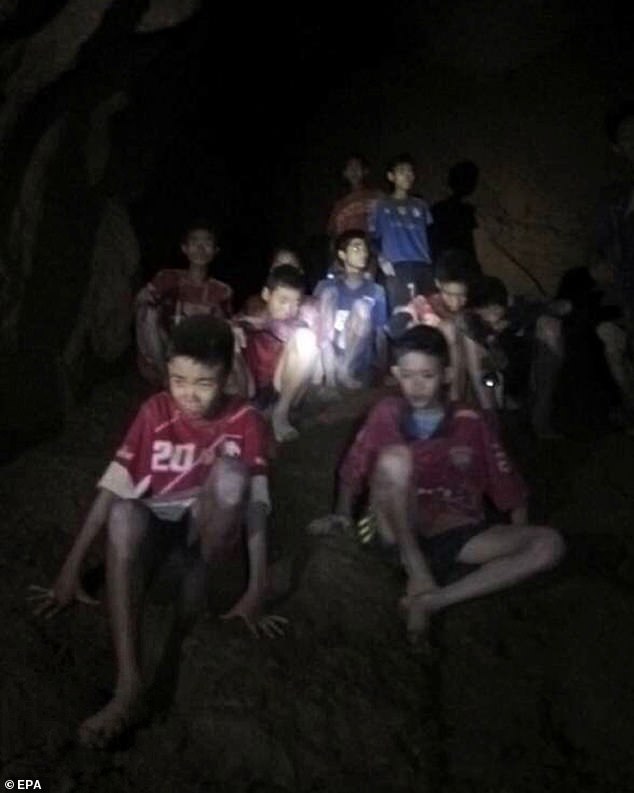 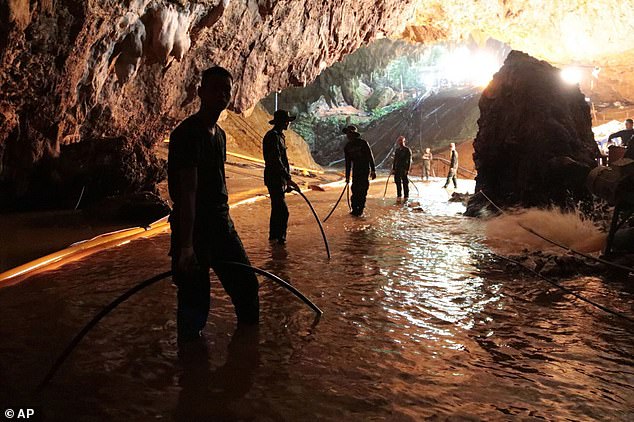 The young football players and their coach Ekkapol Ake Chantawong, 25, have done a limited number of interviews since their rescue in July, and made their first group appearance on The Ellen Show in October.

Through a Thai translator, Coach Ake explained how he taught the children to pray and meditate to remain calm and conserve energy as they waited to be rescued.

The boys said that they don’t remember their rescues – which took eight hours each – because they were sedated at the time.

Coach Ake said they weren’t aware of how their plight had made headlines around the world until they were freed.

‘They didn’t know anything, but they knew a lot of people were watching and supporting them when they got to the hospital,’ he said.