Two Australians are arrested in Thailand as police seize guns, a car and a kilogram of ice in drug cartel sting

Two Australian men were arrested among several others during a police drug sting in Thailand yesterday which netted more than a kilogram of ice, guns and a car.

The two Australians, one aged 46 and the other aged 58, were arrested after heavily armed officers swarmed over a high metal gate of a home in the beach-side resort city of Pattaya,  about 100km southeast of the capital Bangkok, about 5.30pm yesterday.

Thai police said at a press conference they were pursuing a network of drug dealers from the Hells Angels outlaw motorcycle gang suspected of selling drugs to foreign tourists, local media reported.

Thai police said the arrests were a significant move against a global drug cartel.

Among those arrested in the sting were Nigerian man Chimezie Stanley Duru, 38, and Thai nationals Jiraporn Kiatsutthachit, 35, and Wirapha Ungsri, 34, local media reported.

At the press conference yesterday, Thai police posed with a display poster picturing those arrested that mentioned the Hells Angels and Comanchero outlaw motorcycle gangs.

Police said they seized mobile phones, debit cards, a revolver and clear plastic packets of crystal methamphetamine during the raid 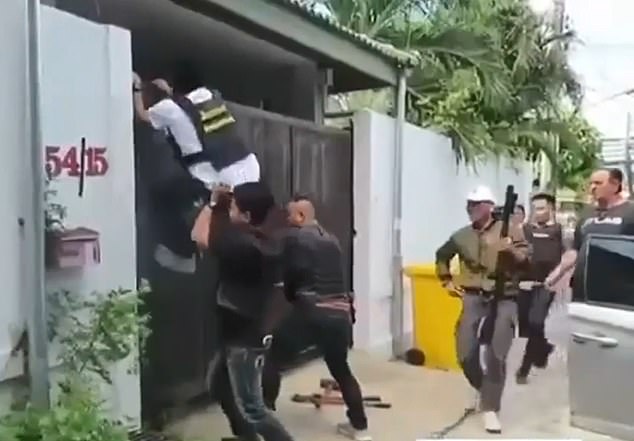 Heavily armed Thai police swarm over a high metal gate at a home in the coastal resort city of Pattaya during the dramatic raid about 5.30pm on Thursday 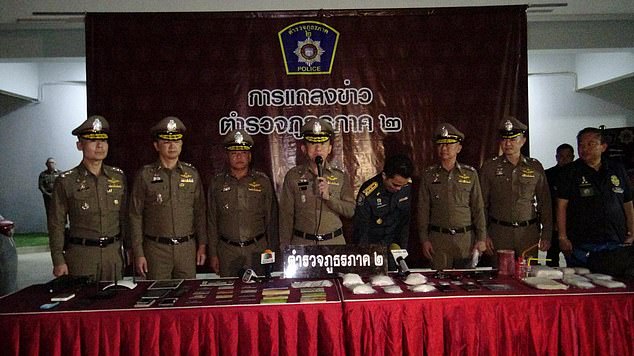 Anderson, who had also been living in Pattaya, was arrested after Thai officials met with Australian embassy officials to discuss the problem of outlaw motorcycle gangs, ABC News reported.

Thai officials revoked Anderson’s visa and said they would deport him last month.

The Department of Foreign Affairs and Trade told Daily Mail Australia on Friday it is ready to offer consular assistance to any Australian citizen should they request it.

Daily Mail Australia also contacted the Australian Federal Police for this story, and a spokesman said it was a matter for the Thai authorities. 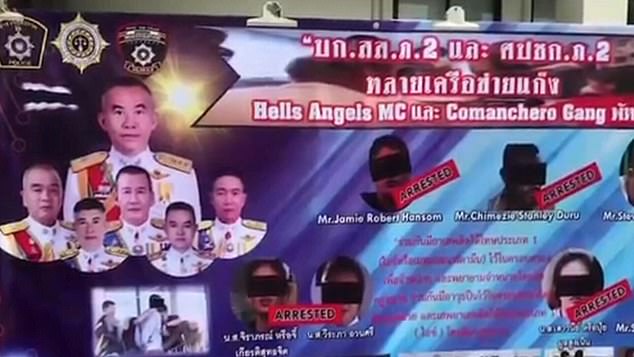