Thames Path walking tour: This wild but tranquil stretch will put a spring in your step

Take me to the river (and its many pubs): This wild but tranquil stretch of the Thames Path between Oxford and Marlow will put a spring in your step

On a stretch of the Thames Path between Oxford and Goring, our route took us past a group of teenagers. We approached with caution.

It wasn’t that they looked intimidating. They were larking about. Drinking tinnies, playing music. Good for them.

I was just conscious that with our backpacks, water bottles and hiking boots, my friends Jack, Roma, Charlotte and I were provocatively uncool. It’s a funny thing, growing up. 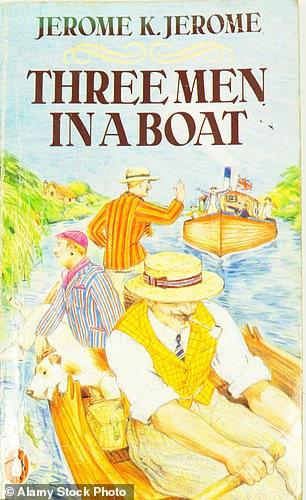 The Thames Path follows the route of Three Men In A Boat, pictured

One minute you’re drunk in a meadow, the next you’re wondering whether a 12-mile walk justifies treating yourself to a Solero before noon.

I thought we had passed them without comment when a voice called out gleefully after us: ‘Oi, Duke of Edinburgh!’

The Thames in south Oxfordshire has long been dedicated to amusement.

It’s the setting for that classic tale of middle-class professionals on holiday, Three Men In A Boat.

Kenneth Grahame saw in the eddies and culverts a playground for Ratty and Mr Toad.

These days kayakers and wild swimmers mingle with barges and pleasure cruisers, but the principle remains the same.

There’s something fundamentally unserious about the Thames beyond London. Although the Thames Path sounds like an ancient route, it was only formalised in 1996.

To mark its 25th anniversary, ‘slow travel’ company Inntravel has arranged a self-guided walking tour of the most interesting stretch, between Oxford and Henley.

We started at Oxford’s Port Meadow, where horses and cows tried to get out of the way of demob-happy students. Its advantage is that it has many pubs.

We walked slowly, stopping wherever possible for cold pints. After lunch, to prove it wasn’t ‘stupid’ to have brought my trunks, I insisted on a swim.

Inntravel shows highlights of the 184-mile route, in days no longer than 12 miles. Between Oxford and Goring the bank is a wild but tranquil place. 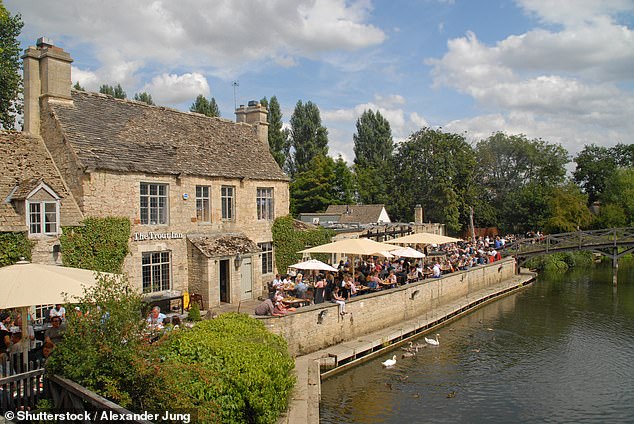 Describing Port Meadow, Ed says: ‘Its advantage is that it has many pubs.’ Pictured is one of the pubs in the area, The Trout Inn 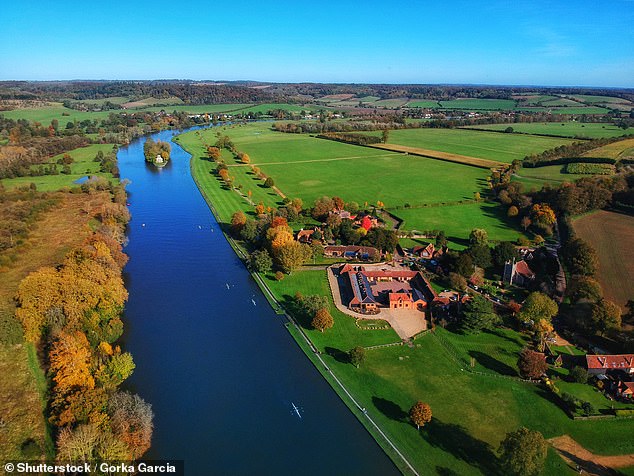 Pictured is a view of the Thames in Henley, where Ed saw rowing eights travelling down the river

The path is a real snooper’s charter for things in back gardens — boathouses, gazebos, tennis courts, jacuzzis and some truly hideous sheds.

One by one my friends drifted off back to their jobs, or in one case defeated by a long lunch.

It started to rain. I passed a hen party boarding a boat, putting as brave a face on it as they could.