Mo Farah is hoping to win the Elite Men’s race in the London Marathon today. He is pictured in a photocall

Tens of thousands of runners will take part in the 39th London Marathon later with money raised since the event began set to surpass £1 billion.

The event starts with the Elite Wheelchair race at 9.05am before the World Para Athletics Marathon Championships Ambulant Athletes start five minutes later, followed by the Elite Women at 9.25am.

The Elite Men’s race starts at 10.10am along with the British Athletics and England Athletics Marathon Championships and Mass Race.

Runners and racers are set for a chilly start before the tail end of Storm Hannah makes way for sunny spells, the Met Office said. 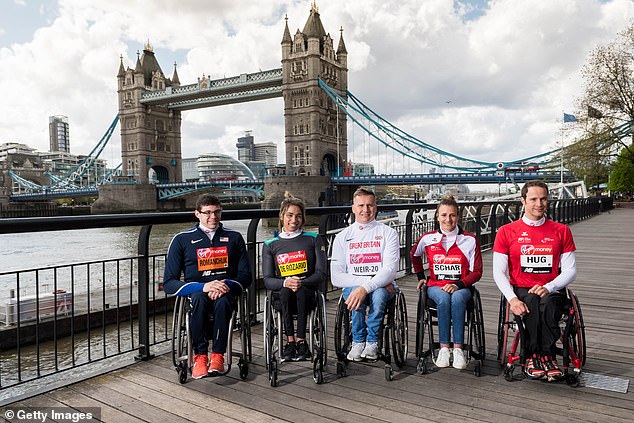 The event starts with the Elite Wheelchair race at 9.05am before the World Para Athletics Marathon Championships Ambulant Athletes start five minutes later

Pc Leon McLeod, 31, hopes to raise £10,000 for PTSD999, the charity which helped treat his post traumatic stress disorder after the attacks.

Dame Barbara’s husband, Scott Mitchell, who turns 56 on marathon day, has already helped raise £100,000 for Dementia Revolution, the 2019 Charity of the Year for the event.

Official figures from the Virgin Money London Marathon say the event has raised a total of more than £955 million for charities since the first in 1981. 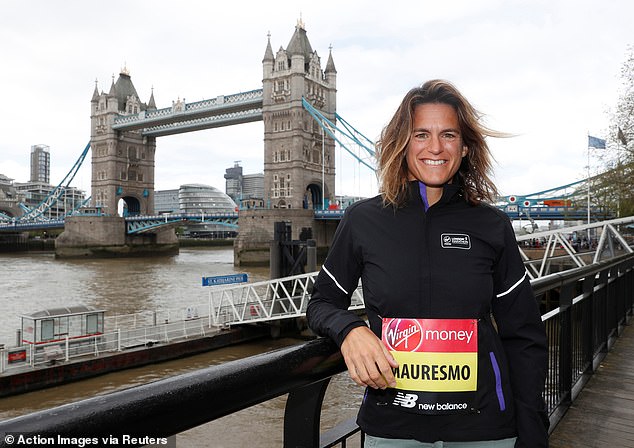