Thanks babe! Horse pulls a hilarious face after tot gives it a kiss and then throws up

Thanks babe! Horse pulls a hilarious face after tot gives it a kiss and then throws up

This is the moment a horse pulled a hilarious expression after a baby threw up on its face while giving it a kiss.

Eight-month-old Leonardo was filmed with the horse by his mother Chloe Manning, 25, in Thornbury, Bristol, on Wednesday.

The footage shows the baby vomit on Roley, a 19-year-old Dutch Warmblood, while in the arms of his godmother Emily Kay, 27.

The two women cracked up laughing as the horse pulled a face, which Chloe said actually means ‘he likes the smell or the taste of something’. 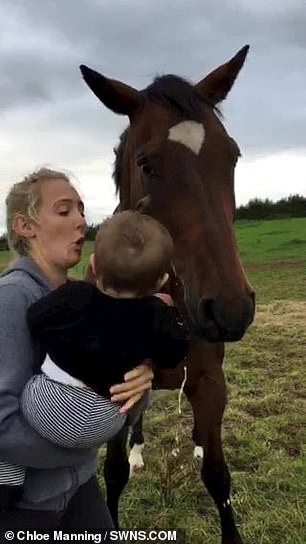 Eight-month-old Leonardo throws up on a horse while giving it a kiss in Thornbury, Bristol, on Wednesday 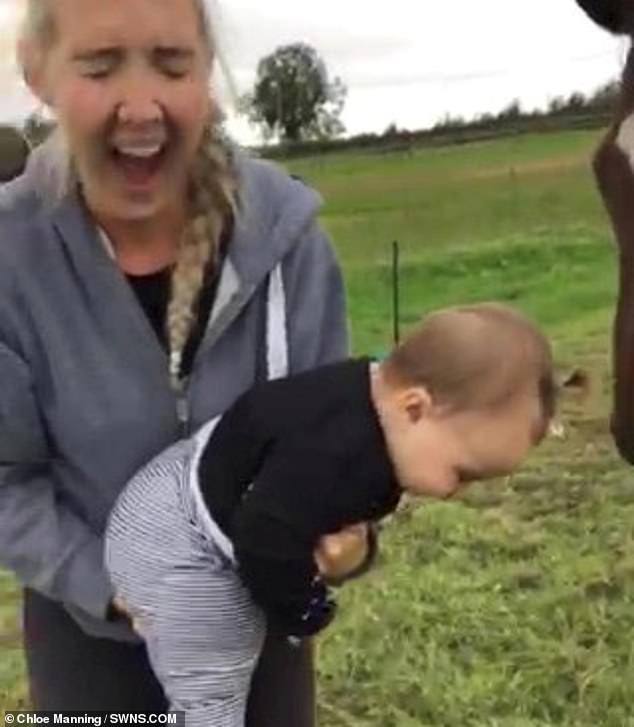 In the video, Chloe says: ‘Give him a kiss then.’

As Emily leans Leonardo in towards the horses face and makes a kissing noise, the baby suddenly spews in the horse’s face.

Emily looks down at the vomit before she breaks down in laughter, still holding the baby.

Roley lifts his head up while exposing his teeth in reaction, before dropping it down  as the baby babbles and Chloe laughs behind the camera.

He then lifts his head up again to the side of Leonardo and Emily, who is still laughing. 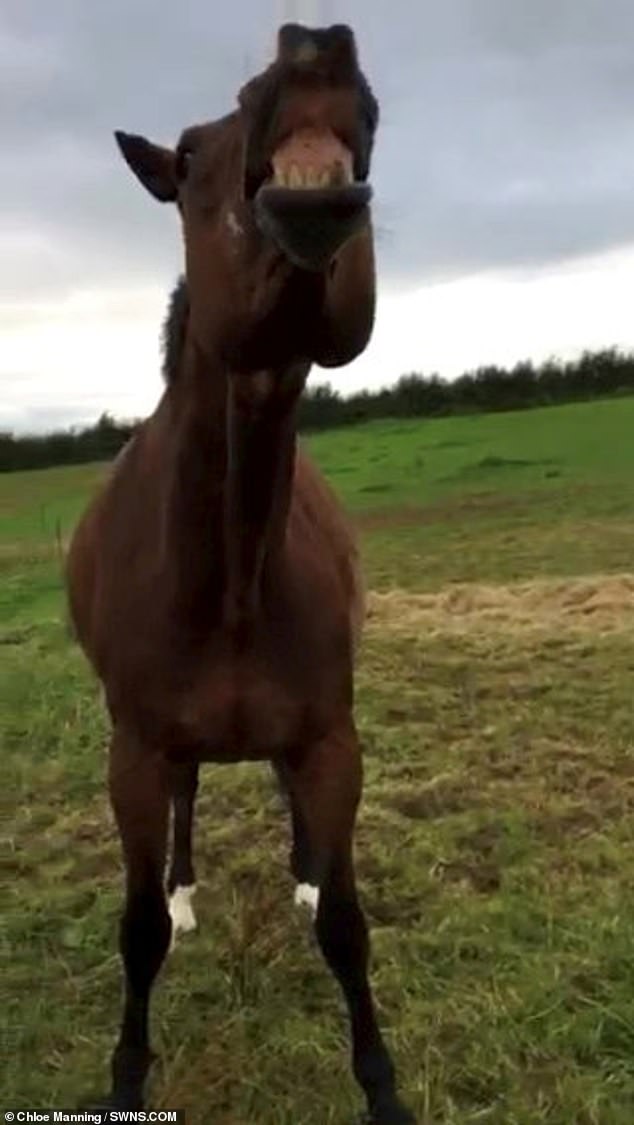 Roley, a 19-year-old Dutch Warmblood, pulls a face that means ‘he likes the smell or the taste of something’, according to Chloe, after Leonardo pukes in his face 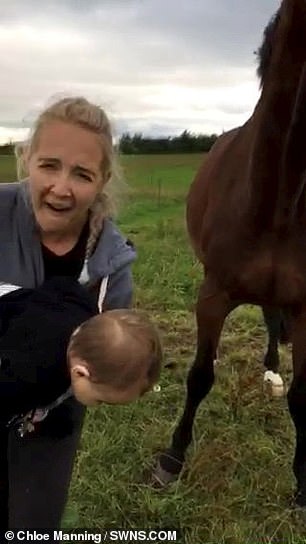 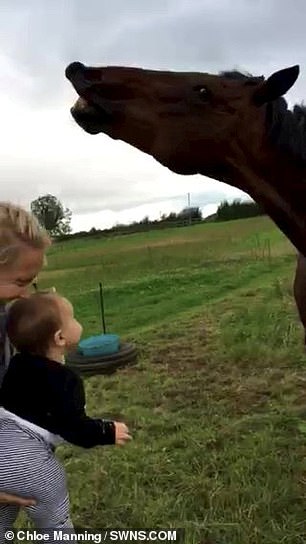 Chloe, who works as a dental nurse, said: ‘We took Leonardo to the fields for a bit of fresh air as he loves the horses.

‘He’s rarely pukes at all so it was great timing. We couldn’t believe we got the whole thing on film, it was just so unexpected.

‘Roley has such a funny character, so for that to happen to him wasn’t a big deal at all. You can see from his facial expression that he quite actually enjoyed it.

‘He makes that face when he likes the smell or the taste of something which is really gross in a way but also very cute.’