Bread and Butter, the two turkeys who will be battling for a pardon from President Trump at the White House on Tuesday, are making the most of their trip to Washington, DC.

The lucky birds were put up in a luxurious suite at the Willard InterContinental Hotel on Sunday.

A news conference was held at the hotel on Sunday to announce the names of the birds.

The turkeys, who were picked from North Carolina, were named by the president and First Lady Melania Trump.

The National Turkey Federation submitted a list of 15 pairs of names. 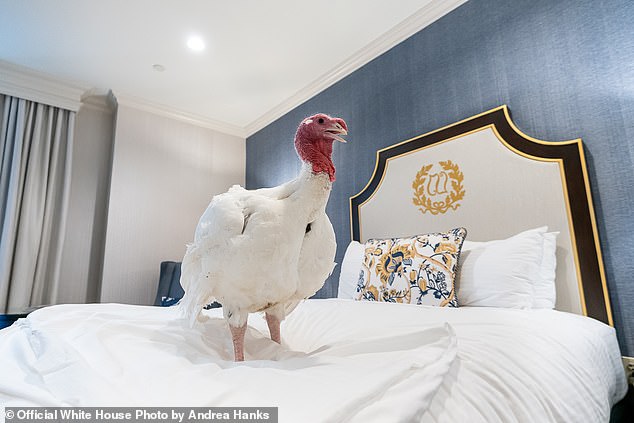 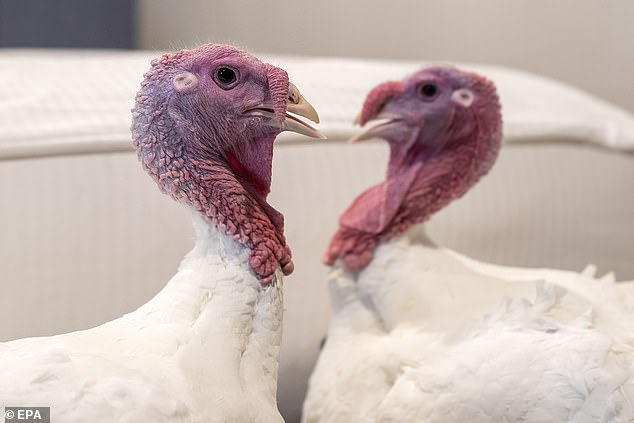 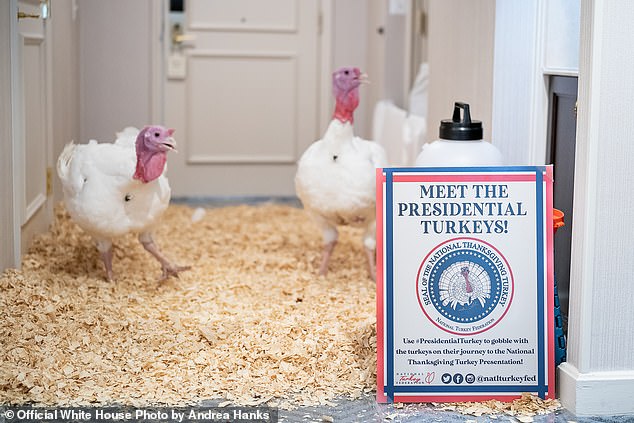 The birds were taken from North Carolina and sent to Washington, DC

While the Trumps had the option of picking their own name, they decided on Bread and Butter, which was on the list.

Although one of the turkeys will receive the coveted pardon, both of them will be spared the fate of their fellow birds who will end up on dinner tables all over America this Thanksgiving.

Butter, who weighs 47 pounds, is a fan of bagpipes, watching NASCAR, and sweet potato fries, according to the New York Post.

His buddy, Bread, weighs 45 pounds, is a fan of Cheerwine soda, and likes to listen to bluegrass music.

He also happens to be a fan of college basketball.

The tradition of the president pardoning a turkey began unofficially when Abraham Lincoln was in the White House.

Honest Abe, who was an animal lover, told his staff to save the bird after it was given to him as a gift.

Lincoln’s son had also grown fond of the animal. 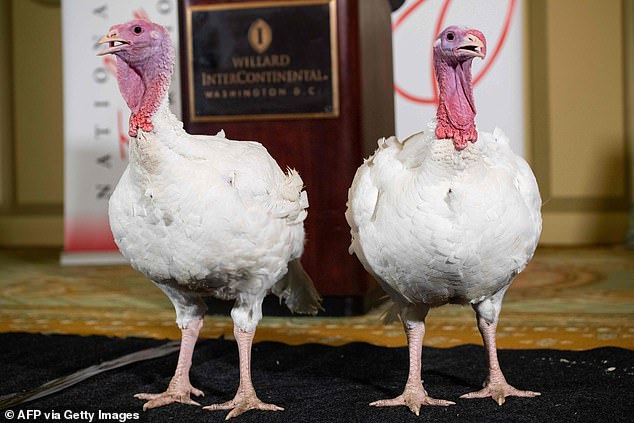 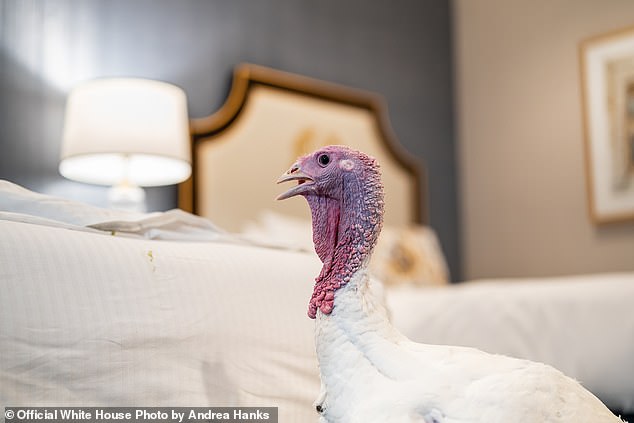 Numerous other presidents received turkeys as a gift, but instead of sparing the bird, they had it for dinner.

Harry Truman and Dwight Eisenhower both received a turkey from the Poultry and Egg National Board at a public event – only to eat it later on.

It was John F. Kennedy in 1963 who started the public trend of sparing a turkey given to the White House.

JFK did the kind deed just three days before he was assassinated in Dallas.

The presidents who followed – Lyndon Johnson, Gerald Ford, and Ronald Reagan – also received turkeys, though it is not known if they spared them.

Reagan’s successor, George HW Bush, made the turkey pardon official when he issued a proclamation in 1989.

Every president since then – Bill Clinton, George W. Bush, Barack Obama, and Trump – has stuck with the tradition.

This Trump doesn’t need to worry about impeachment.

A historic hotel in Long Island has issued a pardon to ‘Trump the Turkey’.

The Milleridge Inn of Jericho, New York, held a ceremony on Wednesday to make it official.

Since the bird with reddish-orange hair was born on the same day as the nation’s president, the inn owners decided to have some fun with it.