By Claire Ellicott, Political Correspondent For The Daily Mail

Attorney General Sir Michael Havers wanted to prosecute over the policy which he suspected was covered up by ‘MI5 and people within the Cabinet’.

But the decision was overturned by his successor as attorney general, Patrick Mayhew. The British government has always denied any shoot-to-kill policy.

Former police chief John Stalker was asked to investigate Royal Ulster Constabulary (RUC) shootings of six people but was removed from the inquiry shortly before it was due to report in 1986.

The inquiry was taken over by another English police chief Colin Sampson. Its findings were never made public.

In February 1988, Sir Michael told an Irish diplomat in London that a controversial decision not to prosecute anyone in the RUC over a number of killings was wrong.

‘Havers said that the more he looks at what is happening, the more he believes that [his successor Patrick] Mayhew should have gone for prosecution and ‘damn the consequences’,’ Richard Ryan of the Irish embassy reported back to Dublin.

‘He (Havers) was last year prepared to send the police into 10 Downing Street on a point of law, and his position then, determination to implement the law, was accepted by Mrs Thatcher (although he was in no doubt that she did not like it).

‘Mayhew was, in his view, ‘not in any way bound to take the course he did.’

In January 1988, Mr Mayhew announced that 11 RUC officers named in the Stalker/Sampson shoot-to-kill investigation would not be prosecuted, citing ‘national security’.

In a private discussion after the announcement, Sir Michael told the diplomat ‘there was enough on the file to warrant prosecutions up to superintendent or chief superintendent level in the RUC, but [chief constable John] Hermon himself was not involved’. 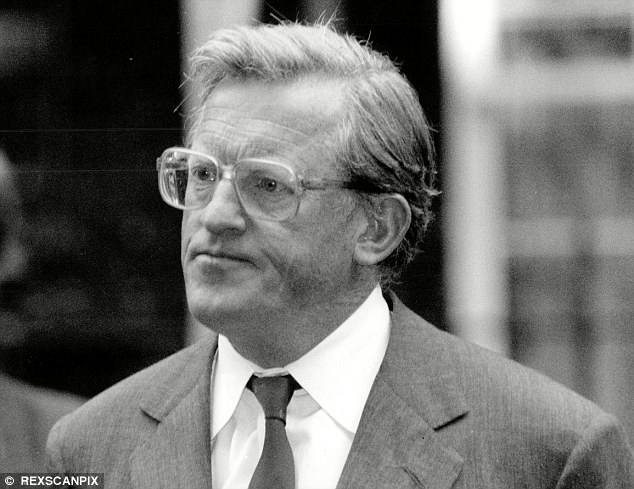 He said if he was still attorney general ‘he could not have taken the same decisions as those announced by Patrick Mayhew.

‘He could certainly not go along with the suppression of prosecutions in the case of perversion of justice. He was very strong on that point.’

Mrs Thatcher was ‘visibly angered’ when questioned in February 1988 about the suspected cover-up, according to the files released by the Irish National Archives.

Lord Alderdice, who had met with the Prime Minister just days beforehand, told her the decision not to prosecute over shoot-to-kill was ‘absolutely wrong’, he told a diplomat.

Her response was ‘curt’ and she ‘harangued him’ saying the ‘decision was taken for national security reasons and that she would not ask the attorney general to change his mind’.

Then Secretary of State Tom King looked on ‘extremely discomfited’ when Lord Alderdice suggested the RUC were being scapegoated.

‘[Mrs Thatcher] demanded that he tell her who in the RUC told him this,’ the diplomat reported.

‘Was it, she asked, Chief Constable Hermon?’ Lord Alderdice denied it was anyone in particular and both Mrs Thatcher and Mr King were ‘at pains’ to put across the ‘problem was confined to the RUC’.

‘Alderdice told me that he had very good information from people close to the RUC leadership that the people whom Mayhew was seeking to shelter were the MI5 and people within the Cabinet who had agreed MI5’s involvement in the operations in Northern Ireland,’ the diplomat wrote.

Mrs Thatcher interjected during their meeting to say that ‘she would always have to consider the lives of her ‘boys over there’.’ Lord Alderdice took this to mean MI5, according to the files.

They show he was struck by the ‘many untruths and simple errors’ in Mrs Thatcher’s arguments.

‘Secretary of State King had to intervene on a number of occasions to correct her when Alderdice drew attention to the inaccuracies.. the latter could only conclude that she had a very poor grasp of the current situation in Northern Ireland.’ Mr King was ‘somewhat embarrassed’ afterwards.

Sir Michael was Attorney General from 1979 to 1987, and was later made a peer and Lord Chancellor. Lord Havers, the father of actor Nigel Havers, died in 1992.