That’s going to cost you! People reveal the VERY expensive accidents that have happened to them

Social media users have shared examples of some very expensive accidents, which are guaranteed to make you feel better about your own mishaps.

The photos, which were shared online and collated by Bored Panda, include one of a school bus reversing over an expensive sports car.

In one instance a builder did more harm than good when he crashed a lorry into the front of a house, while elsewhere a man watched in horror as the shelves in his wine cellar collapsed.

Here, FEMAIL reveals hilarious examples of accidents which are sure to cost alot of money.

Social media users from around the globe have shared examples of some very expensive accidents. This unfortunate user, from Florida, had their house split in two thanks to a mishap with a nearby crane 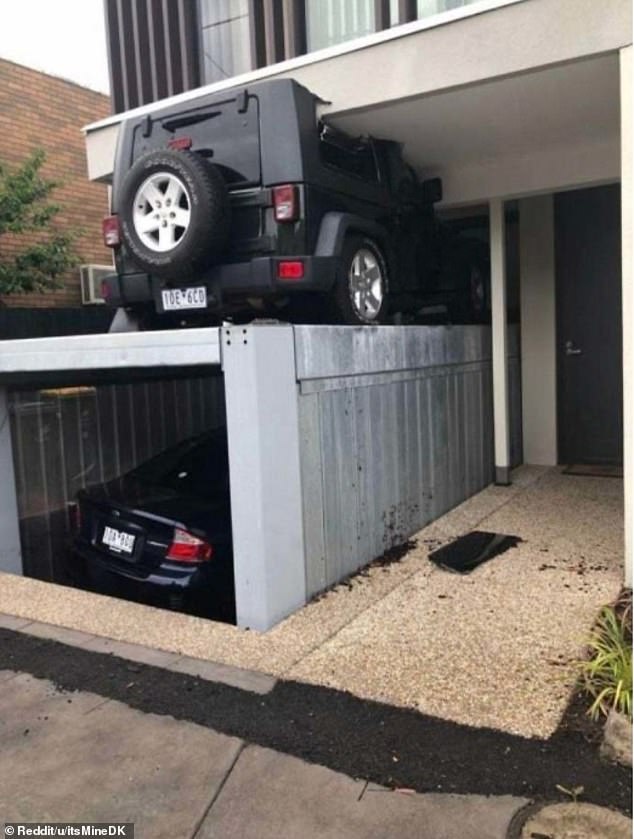 Car-tastrophe! This user, from an unknown location, had forgotten that he’d parked one of his cars on top of a self-hiding garage, crushing it against the house 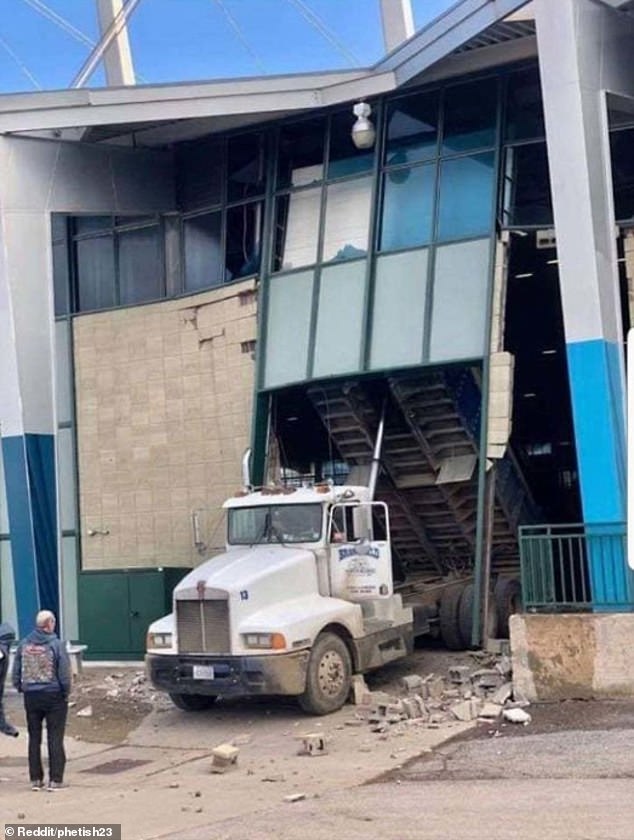 Look behind you! A lorry driver, thought to be in America, forgot to raise the back end of their truck and ended up crashing into a building 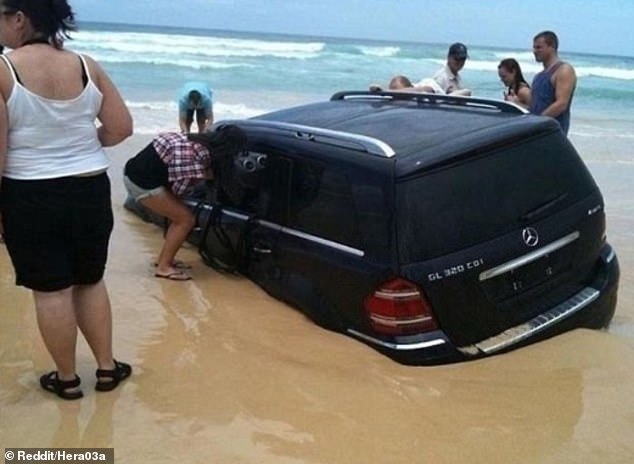 Wave goodbye to that car! This unfortunate driver, from an unknown beach, had to prise their car out of wet sand after parking it on the beach 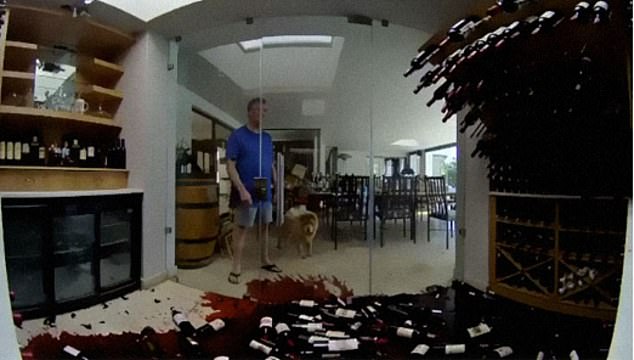 Something to wine about! This US alcohol lover had a lot of cleaning up to do after his wine rack fell over – but it looks as though he had plenty of backup stock leftover 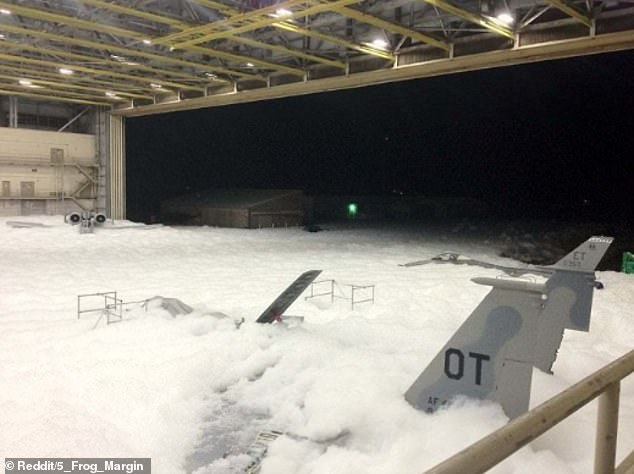 Someone’s getting fired! This user, from the US, accidentally released a large amount of fire suppressant foam into this warehouse 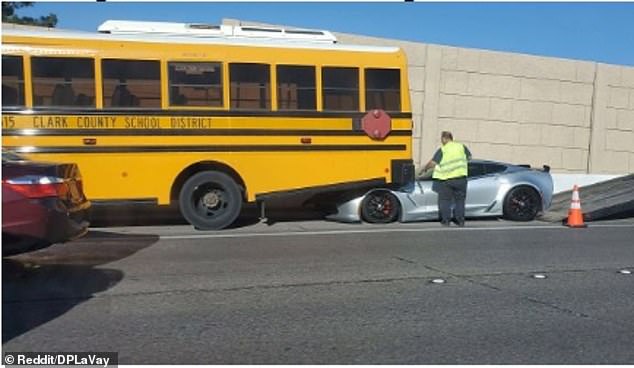 Crushed! A car was driving too close to this school bus in Clark County and was eventually backed into his very expensive sports car 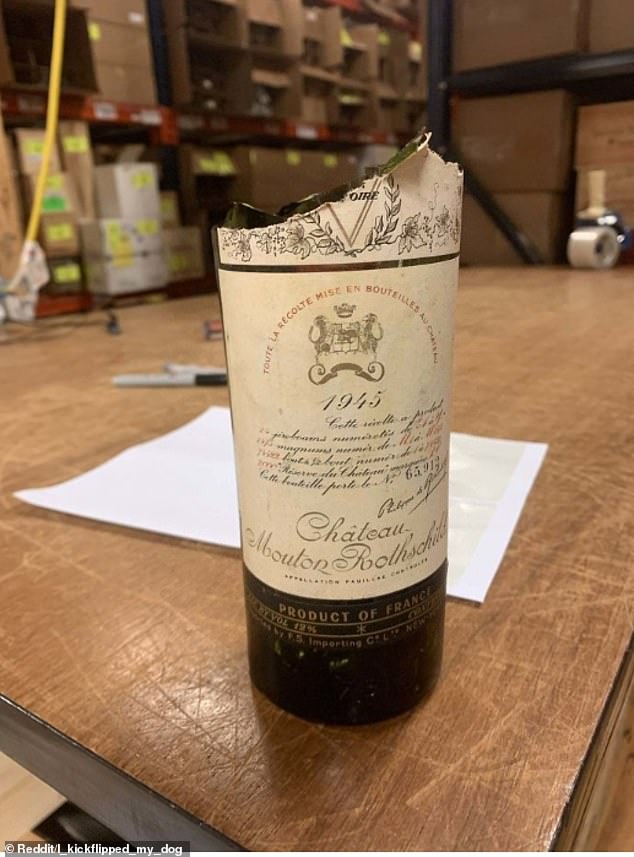 Pour me! Elsewhere an American smashed a bottle of $16,000 Bottle of Victory In Europe, 1945 Château Mouton Rothschild wine 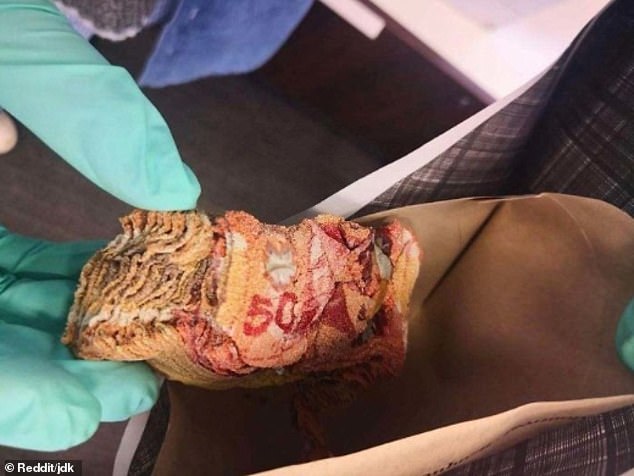 Not cleaning up! A flush cash lover from Canada lost out on $500 after someone tried to disinfect it by microwaving it  – rendering it useless 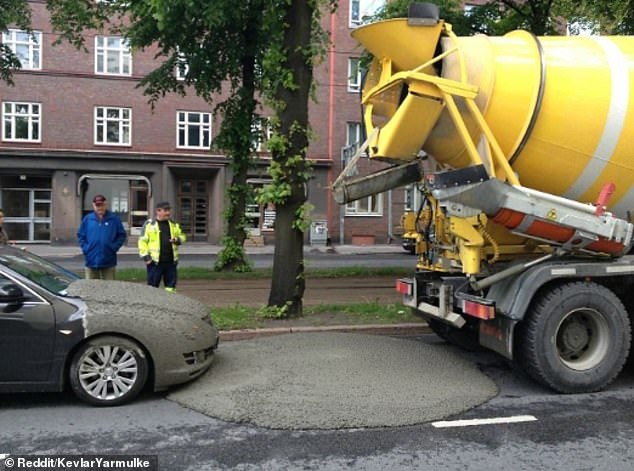 Sticky situation! This user, from an unknown location, had his car destroyed after a very unfortunate mishap with a cement truck 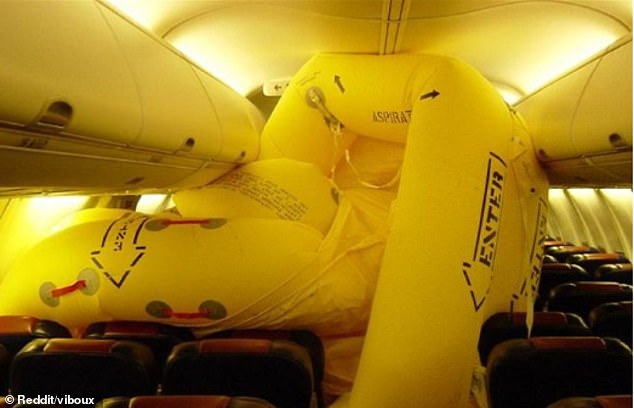 Plane stupidity! This user, from an unknown location, took a photo of an air slide which accidentally opened up inside the plane 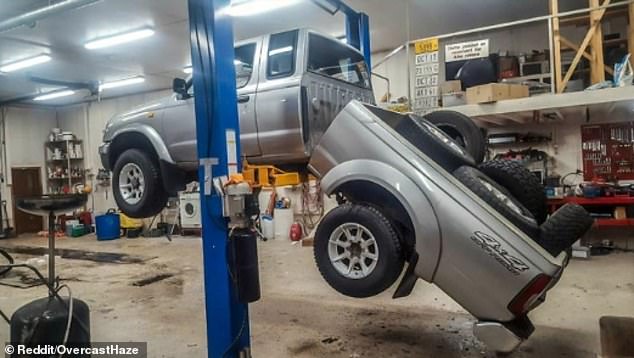 Not what I ordered! And elsewhere a car owner had his truck cut in half after a visit to the mechanic to get it fixed