The 10 Best PS4 Racing Games Compatible with a Steering Wheel 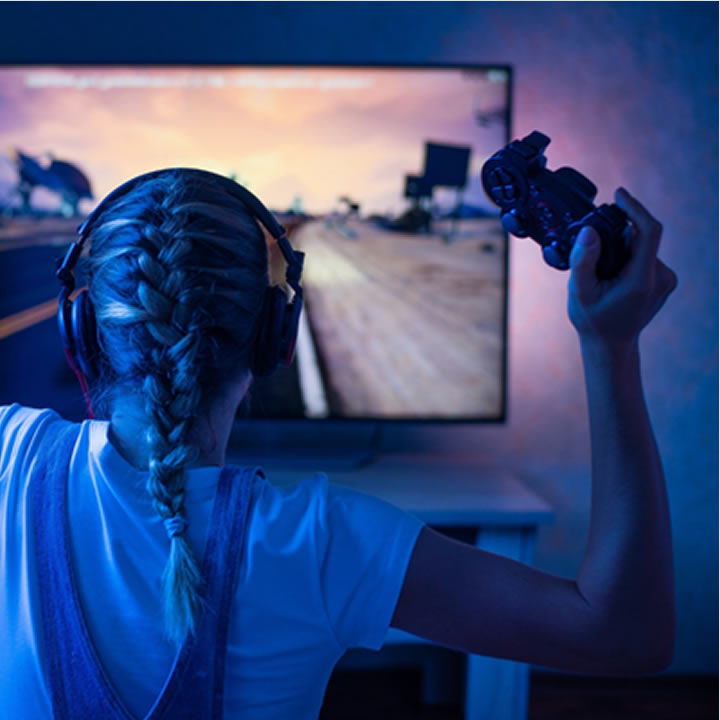 Rev up your engines! This list of the best ps4 racing games will bring the arcade into your home. These games look and feel the best with a steering wheel.

One undeniable truth about human nature is that we crave speed.

Traveling at high speeds gives us a thrill and triggers hormones in our bodies. It interacts with adrenaline and dopamine, which are two neurotransmitters that make us feel happy.

However, traveling at such high speeds in cars can be dangerous and are the cause of many automotive accidents.

What’s the right method for achieving this thrill without putting ourselves or others at risk? Thanks to more advanced technology, you can now simulate this effect with racing games.

Here are 10 of the best PS4 racing games that are compatible with steering wheels and create an authentic driver experience.

Gran Turismo was released in 2017 and allows 1-2 players.

The game offers HDR and wide color for a greater visual experience and heightened realism. The sound effects are a combination of real-world engine recordings as well as digital simulations.

As for the vehicles, the game includes over 40 different makes and over 150 different models to choose from. Once you pick your car, you can customize the exterior before a race.

The game features 54 courses in 18 different locations and a variety of weather conditions to drive in.

Compete with online friends or visit their training school to learn racing tips. The game offers driving assistance for beginners that can be adjusted depending on a driver’s skill level.

When you add a steering wheel, it takes the video game a step farther and makes it feel like an actual race. If the wheel isn’t enough, the game has virtual reality settings that’ll take you through the interior of the car.

Dirt Rally 2.0 was released in early 2019 and offers an authentic off-road racing experience.

Choosing the right car is critical for racing successfully on the tracks. Steering wheels help manage the sensitivity of the controls while battling muddy or snowy terrains.

The Formula 1 or F1 games, specifically those released between 2015 and 2019, are steering wheel compatible. A new edition is set to release in 2020.

In the most recent version, the game allows players to race against official teams and drivers that competed in the F1 World Championship.

With career mode options the players can participate in “seasons.” This involves creating a driver, building teams, and choosing their sponsorships. It also offers customization of driving suits and cars.

The reality of the races comes alive in the commotion that happens around the race. This includes conversations between teammates or commentary while you drive.

Like Gran Turismo, it has driving assistance for beginners that are adjustable for seasoned racers.

WRC 7 and 8 are racing games that highlight the 2017 and 2019 World Rally Championship season, with cars and races to match.

Finding optimal graphics and themes that capture your attention are indicators of the best video games. WRC 7 and 8 have both. This racing game caters to every level of the driver.

The studios that released Project CARS worked closely with auto dealerships, manufacturers, and professional racers to cultivate greater authenticity in the races.

The models of cars resemble their real-world counterparts, equipped with the same performance capabilities.

The purpose of the game is to win achievements by competing in races. Eventually, the achievements offer recognition in the game’s Hall of Fame.

CARS 2 allows you to participate in races all over the world and compete against players that match your skill level.

NASCAR Heat 4 was released in 2019 and came with improvements to handling and more realistic AI behavior.

Like its name suggests, in this racing game you’re allowed to compete on tracks featured in the NASCAR National Series.

Fans of the game were also excited about the chance to customize the numbers on their cars. This edition makes the races realistic as well as personable.

Playback is set in Fortune Valley, and the objective is revenge against a cartel running the city. Heat tracks are based in Miami and each player participates in illicit street races to customize their cars.

Each game has added new AI settings that make cops more challenging for drivers. Both offer an extensive list of cars to choose from. But Heat incorporates some of the classics seen in the first few Need for Speeds.

As far as realism, Playback has more movement, including pedestrians and other traffic. On the other hand, Heat has a technological advantage including higher resolution and better imaging.

Spintires was released in 2017. While the previously mentioned games had race-focused objectives, Spintires emphasizes transport.

The mission in this game is to make it from point A to point B without damaging the haul or the vehicle.

The true appeal of this game is the ability for players to drive on all terrains. Using a steering wheel offers quicker reaction times for unexpected bumps and turns.

Some of the first V-Rally games came out in the ’90s and were well-known for balancing realism with an arcade feel.

The 4th edition of V-Rally, released in September of 2018, is the perfect game for drivers wanting a nostalgic racing experience.

Unique to Crew 2, players don’t have to progress linearly. Instead, they have access to different worlds so they can choose missions that interest them.

In addition to a list of cars, players can choose from motorcycles, boats, and planes. They can operate in the land, air, and sea, and a steering wheel works for every option.

Having the perfect PS4 steering wheel is important for video game success. When shopping, try and find a wheel that fits your preferences as far as comfort, design, and pricing.

Functionally, wheels that offer a realistic feel and full immersion into the world of racing will have a higher range of rotation and force feedback.

Now that we’ve discussed some of the best PS4 racing games, I’m sure you’re anxious to get driving and experience that high-speed thrill.

For other great articles on entertainment news and information, check out the rest of our site.