The 100 most popular baby names of 2018 have been revealed

The 100 most popular baby names of 2018 have been revealed, and although some classic names still remain popular, some quirky names are increasing in popularity.

Sophia and Jackson remained in the same place as last year, coming in as the number one girls and boys baby name for the past nine and six years respectively.

And while classic names still make up the top picks, names inspired by popular video game Fortnite, fruit, vegetables and the Kardashians have all risen in popularity this year.

The most popular baby names of 2018 compilation was put together by online pregnancy and parenting website Baby Center, which publishes the list annually.

Results are in! The 100 most popular baby names for 2018 have been ranked, and Sophia and Jackson remain the most common names for the ninth and sixth year respectively

The 10 quirkiest names that became more popular in 2018

Sophia was named as the most popular name for girls, while Jackson topped the list of monikers for the boys.

Joining Sophia in the top five girl’s names were Olivia, Emma, Ava and Isabella, while Liam, Noah, Aiden and Caden proved the most popular among newborn baby boys.

The top ten names for baby boys and girls saw two new additions this year, with Layla and Oliver creeping onto the list, pushing Zoe and Logan off.

Linda Murray, Baby Center’s global editor in chief said: ‘Sophia is the dominant girls’ name of the decade, with no signs of slowing down.’

She added: ‘It has worldwide appeal, it’s pronounceable in multiple languages, and it’s feminine and sophisticated all at once.

‘As for Jackson, it’s a modern twist on the old classic Jack.’

The online parenting and pregnancy destination also analyzed some common trends in baby names, and found that the Kardashian family has influenced a lot of baby names.

The name Stormi, which Kylie Jenner named her daughter, rose by 63 per cent this year, whereas Dream, the name of Rob Kardashian and Blac Chyna’s child, rose by 42 per cent.

Similarly, Saint and Reign, namees given to Kim Kardashian and sister Kourtney Kardashian’s children, rose by 42 per cent and 27 per cent respectively.

And people aren’t just inspired by the clan’s baby names, Kim and Kanye also rose in popularity this year, with Kim jumping up by 19 per cent, and Kanye by 22 per cent.

Another trend that Baby Center spotted was food-inspired names.

And although Kale might be most widely recognized as an addition to a salad, the name is German-derived and means ‘free man’, according to Baby Center.

Similarly Clementine holds more meaning than its sole purpose as a food. The name is originally Latin, and means merciful. 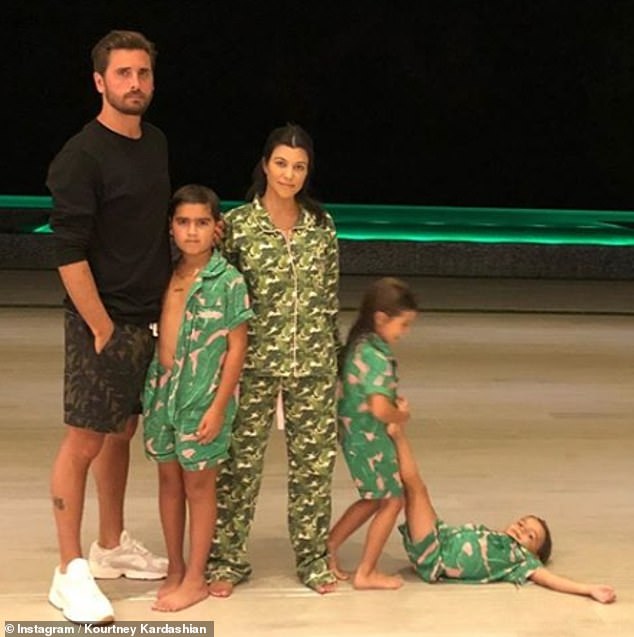 Modern family: The eldest Kardashian pictured with the father of her children, Scott Disick, and her children Mason, eight, Penelope, six, and Reign, three 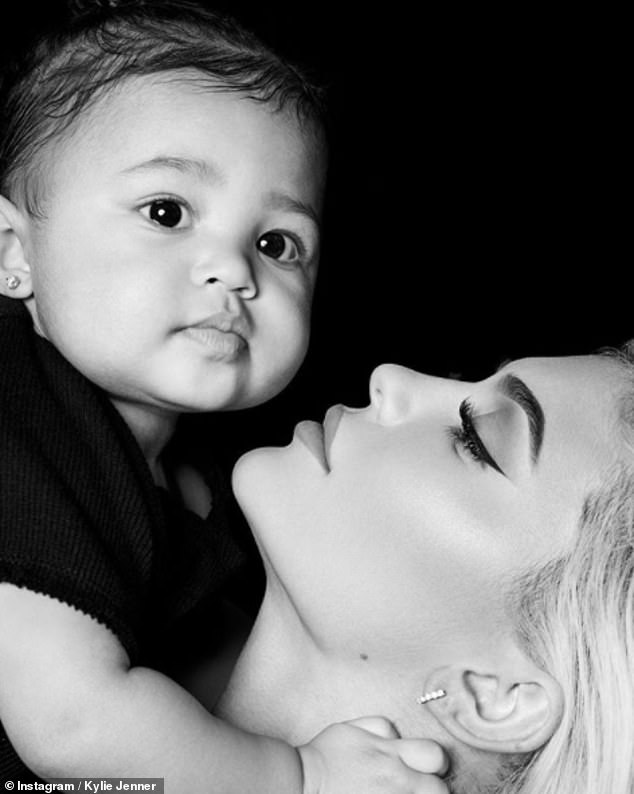 Baby love: The youngest of the Kardashian-Jenner clan pictured with her baby Stormi, who she gave birth to in February of this year 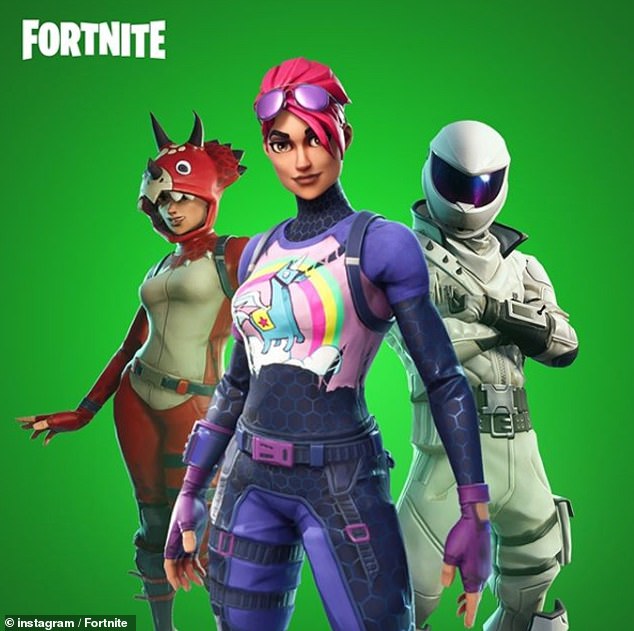 The age of technology: Fortnite has given inspiration to parents in 2018, with character names including Ramirez, Leviathan and Bunny having increased in popularity

Another common trend was peaceful, zen-like names including Peace, Harmony, Hope, Sky and Ocean which all increased throughout the year.

Many of the most popular baby names for 2018 have been given to celebrities children in the past.

Jude Law, Sylvester Stallone, and Bruce Davison have all used the name Sophia for a girl, and Jackson has been used by Charlize Theron, Justin Chambers and Bill Murray.

Olivia (the second most popular girls name) was given to one of Al Pacinos daughters, as well as Lance Armstrong’s daughter.

Kourtney Kardashian named her first-born child Mason in 2009 and the name, which now sits in eighth place on the list, shot up in popularity.

Baby Center also compiled a list of the names it predicts will become popular in the near future, which includes names inspired by shoes, the Royal Family, and southern States in the U.S.