Plus-size blogger Katie Sturino has shared her happiness with her many followers after her boyfriend Joe proposed during a romantic dinner in Tuscany.

The 37-year-old, best known for her blog The 12ish Style, posted the big news on Monday along with a photo of her showing off the massive sapphire ring that her man presented her with during the proposal.

Katie, who was previously married to social media star The Fat Jew, revealed in the caption for the photos just how the proposal came about. 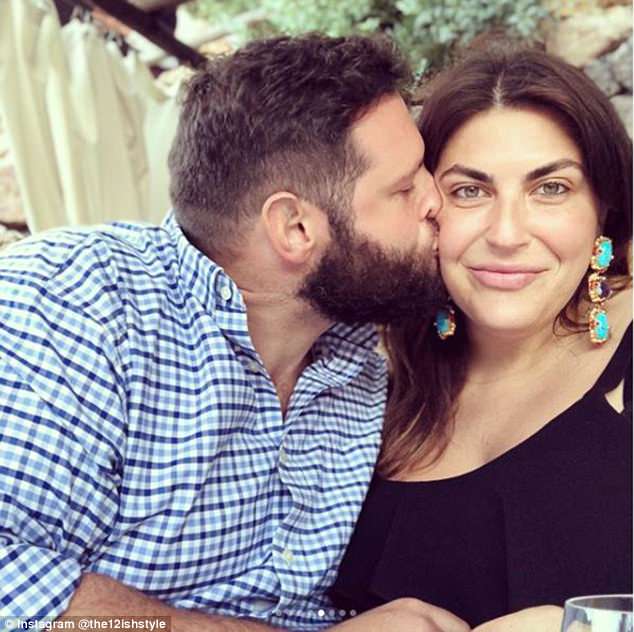 Kisses from her fiance: Katie shared a photo of her husband-to-be, known only as Joe, along with her announcement 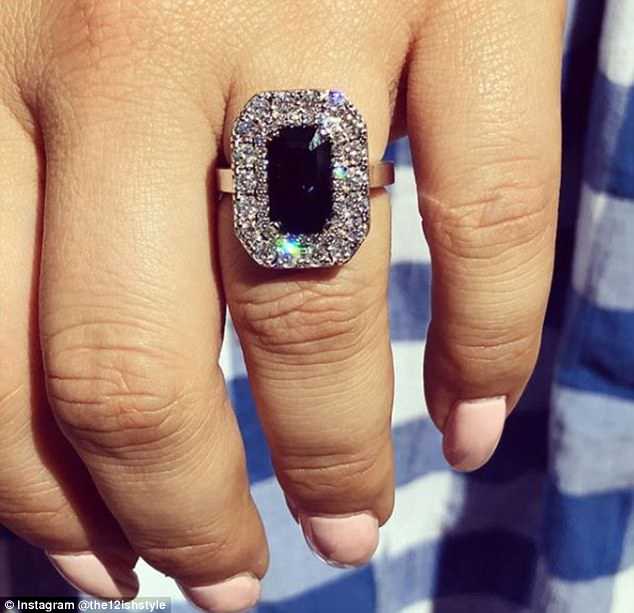 Rocking the rock: She also showed off the massive ring, which looks to include a sapphire surrounded by diamonds

‘Pro tip: when you propose during a private dinner in Tuscany, seal the deal by ordering your person two non-share desserts,’ she joked.

In the gallery post, Katie included a close-up of the ring – a rock resembling a sapphire surrounded by diamonds – and a beautiful secluded waterside dinner.

In one photo she reveals her bearded husband-to-be – identified only as ‘Joe’ in one of her posted text exchanges – giving her a loving smooch on her cheek.

The post was quickly flooded with messages of congratulations for Katie and her man from fans and friends – including plus-size model Tess Holliday. 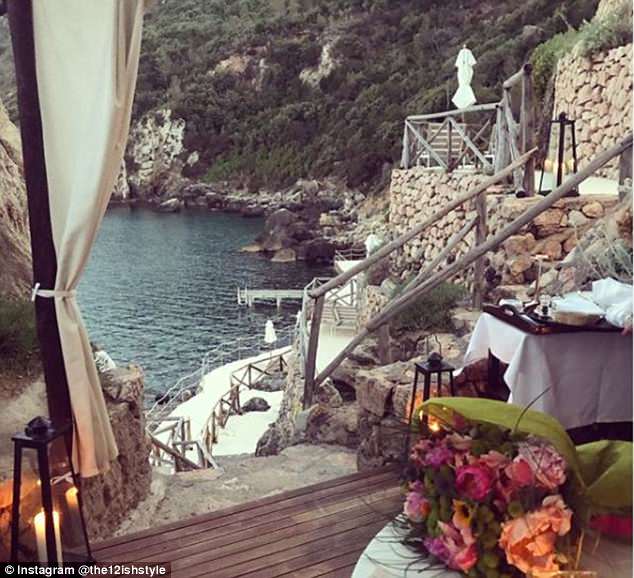 Setting: She revealed that her beau popped the question while the pair were enjoying a private dinner in Tuscany 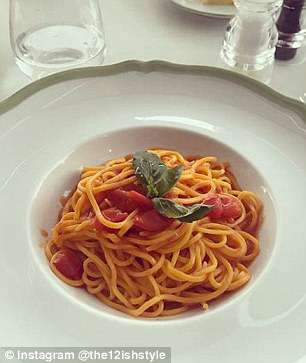 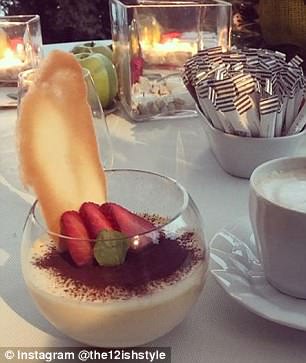 Taking it in: She posted photos of her dishes from the important romantic meal 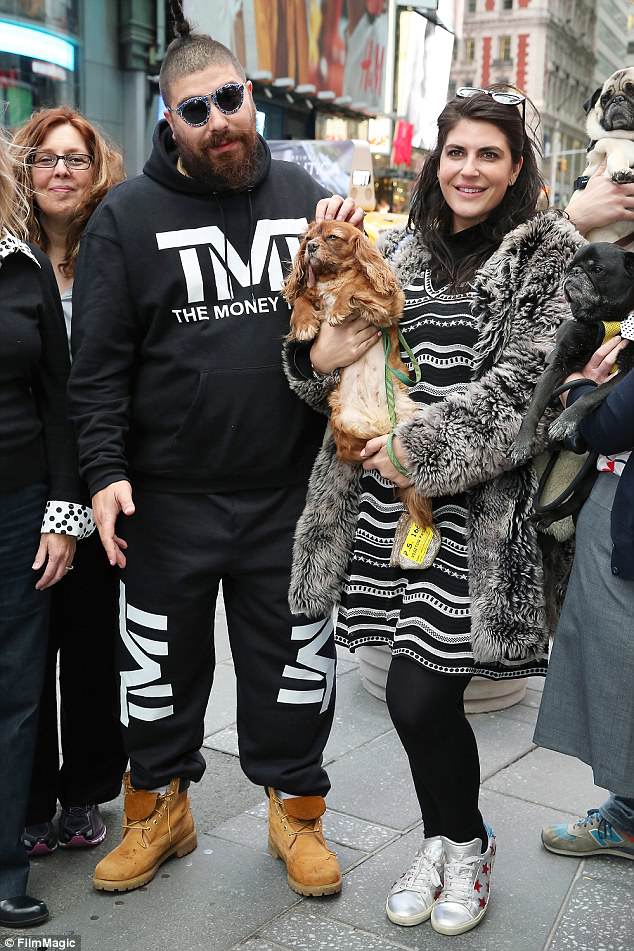 In the past: Katie was previously married to Josh ‘The Fat Jew’ Ostrovsky from 2014 to 2016. The pair are pictured with their late dog, Toast

It’s unclear how long the couple have been together, but the engagement comes less than two years since she split with her famous ex-husband.

Katie and The Fat Jew, real name Josh Ostrovsky, filed for divorce in December 2016 after two years of marriage.

At the time of their split, the pair had a family of Instagram-famous dogs: Toast, Muppet, and Underpants. Toast alone had more than 377,000 followers on the social media site when she sadly passed away in December 2017.

Aside from her blog, Katie has been gaining more and more followers for her latest Instagram project: #supersizethelook. 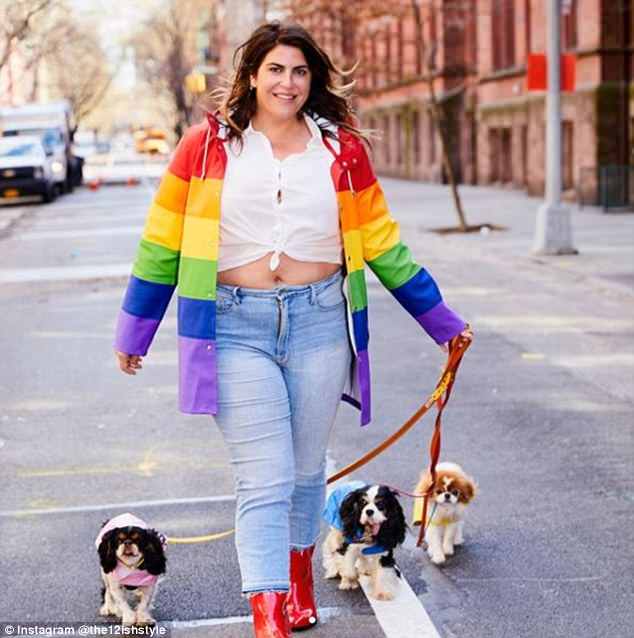 On the move: Katie has more than 168,000 followers on Instagram thanks to her incredible style tips 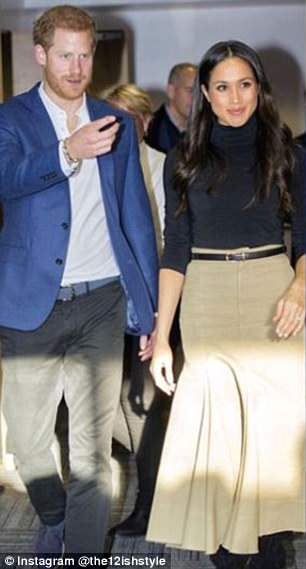 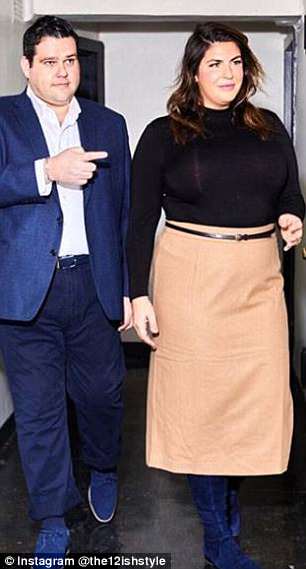 A royal shake-up: Katie Sturino recently teamed up with fellow blogger Ryan Dziadul, 36, (left) in showing followers how to emulate the style of Prince Harry and Meghan Markle at any size

On her own: Katie previously perfectly emulated this double-denim and camel coat pairing as a part of her #SuperSizetheLook series

The stylish Megababe founder has recently taken to copying the looks of slim celebrities and adapting them for the curvier body, illustrating her styling skills with side-by-side photo comparisons.

She even enlisted her friend Ryan Dziadul, 36, known on Instagram by the handle @extraextrastyle, in order to help her ‘super-size’ the royal wardrobe of Prince Harry and Meghan Markle.

The project represents just a couple of many instances where Katie shows plus-size followers how to pull off their favorite celebrity styles. She has previously modeled the looks of movie stars and Victoria’s Secret models in her Instagram feed.

Before teaming up with Ryan for the royal duo styles, she also did her own Meghan Markle with a long camel coat over a double-denim outfit matched with black pumps and shades.