The world’s largest annual ice festival is about to kick off in a city near the China-Russia border.

The 2019 Harbin Ice and Snow Festival, held in China’s ‘city of ice’ Harbin, will impress visitors with more than 2,000 sculptures in a neon-lit, fairy tale-like theme park in temperatures as low as minus 30 degrees Celsius.

Latest pictures show workers dragging, cutting and painstakingly carving large chunks of ice as they race to complete castles, palaces and slides ahead of the festival’s grand opening on January 5.

Ice to see you: The dazzling ‘frozen city’, officially known as the Ice and Snow World, is taking shape in Harbin, China 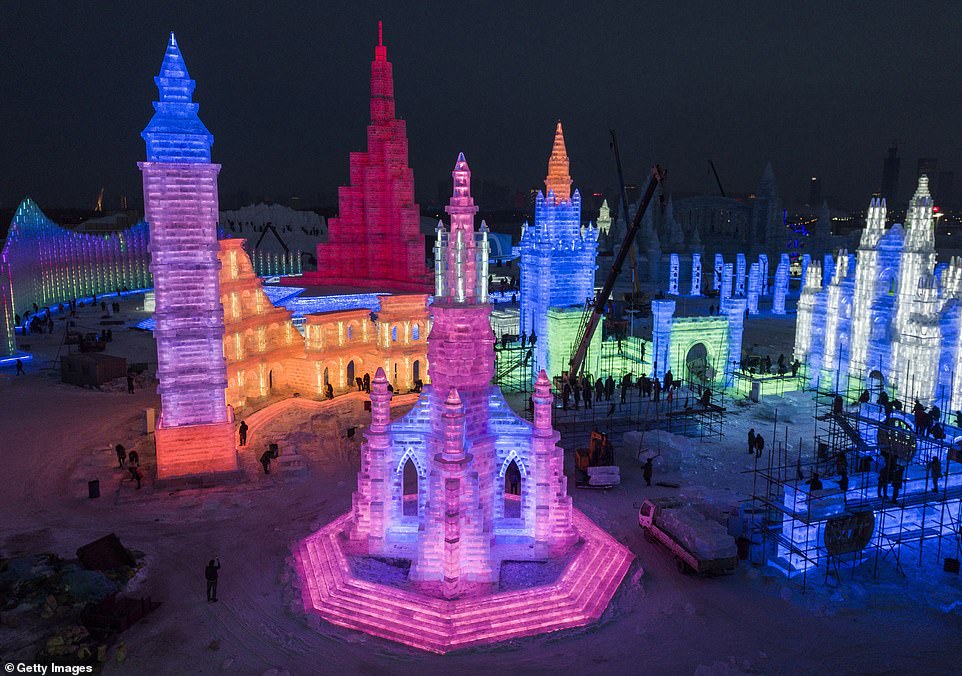 Now that’s a cool city! The 148-acre, neon-lit theme park is the crown jewel of the 2019 Harbin Ice and Snow Festival 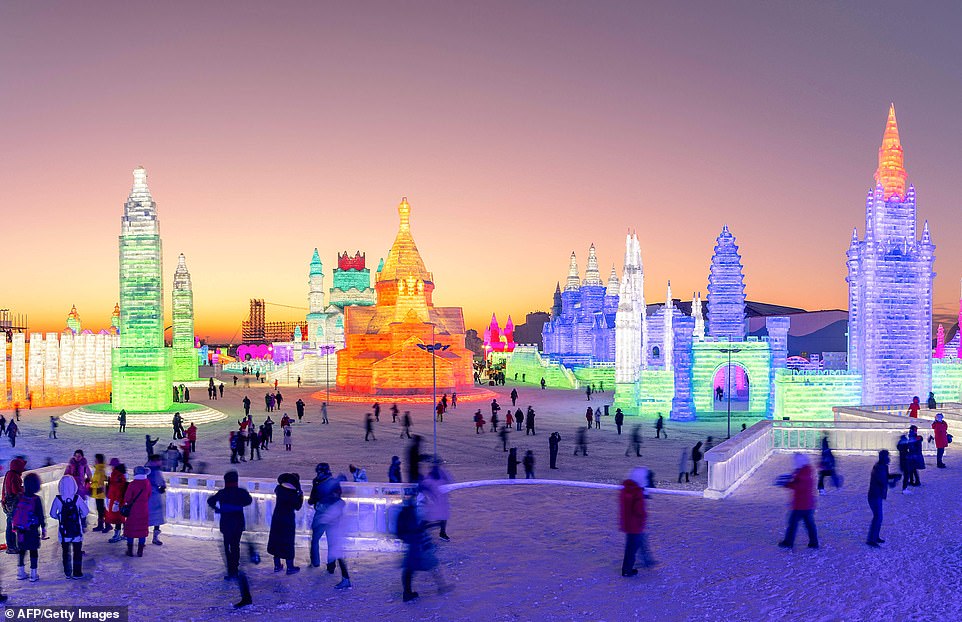 The renowned annual festival in north-eastern Heilongjiang province began in 1985 and will have its 35th edition in the new year.

The dazzling ‘frozen city’, officially known as the Ice and Snow World, was established in 1998 and has been the crown jewel of the festival since.

Occupying 148 acres, the rainbow-coloured winter wonderland normally features iconic landmarks from all over the world. 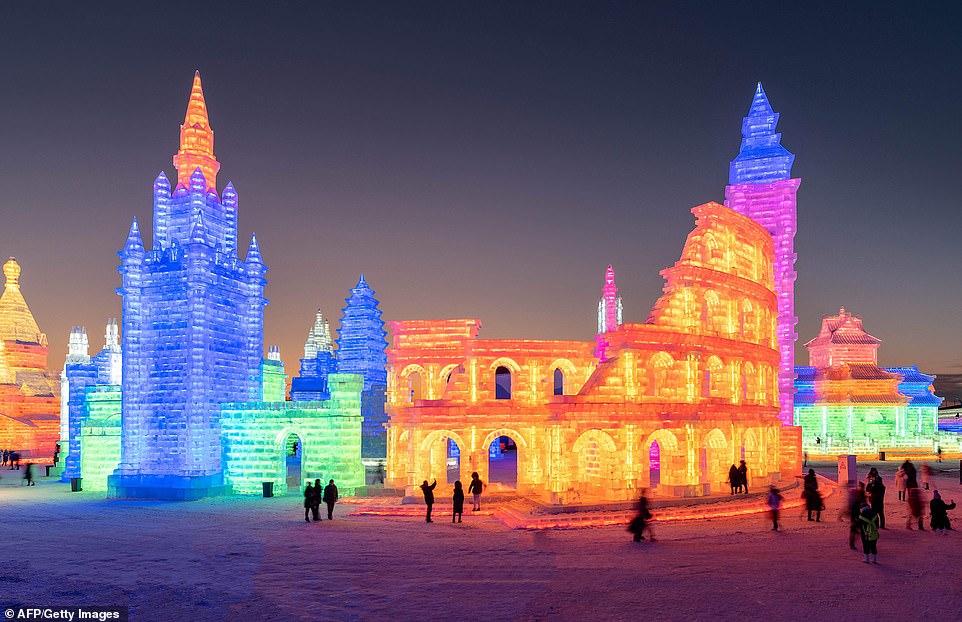 Don’t forget your scarf! People can visit more than 2,000 sculptures in temperatures as low as minus 30 degrees Celsius 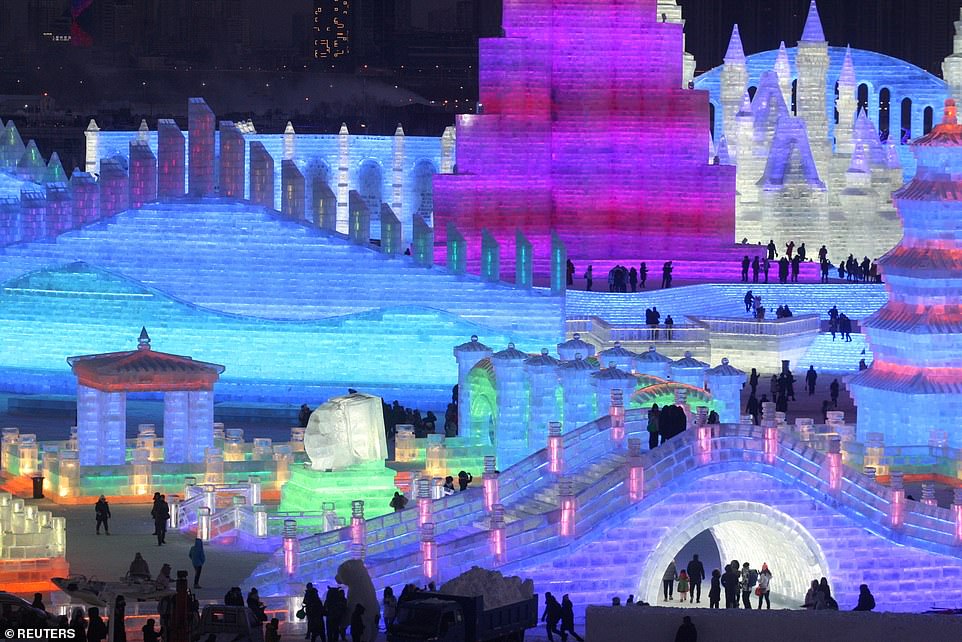 Impressive winter wonderland: The festival is one of the most famous annual events in China, attracting visitors to Harbin 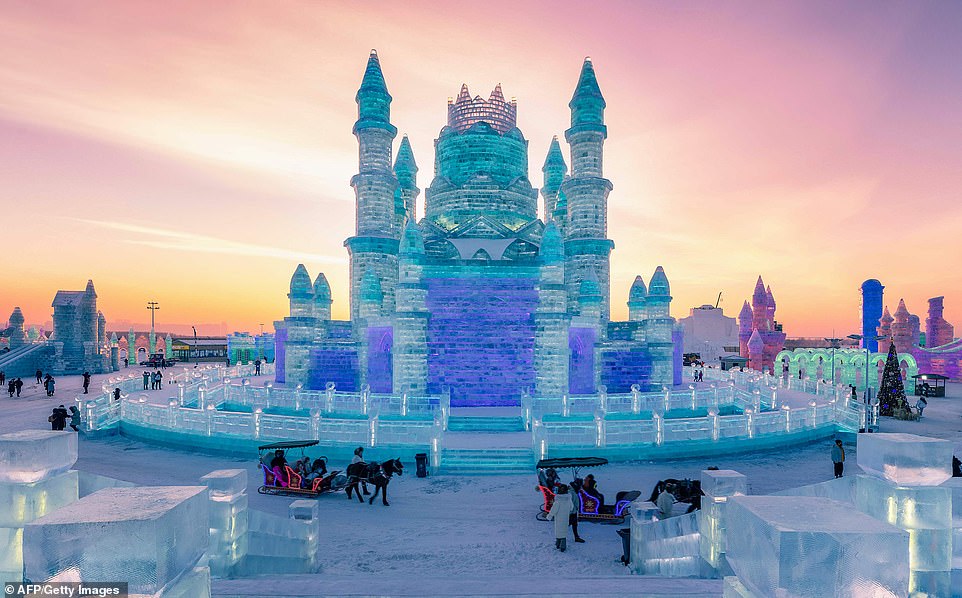 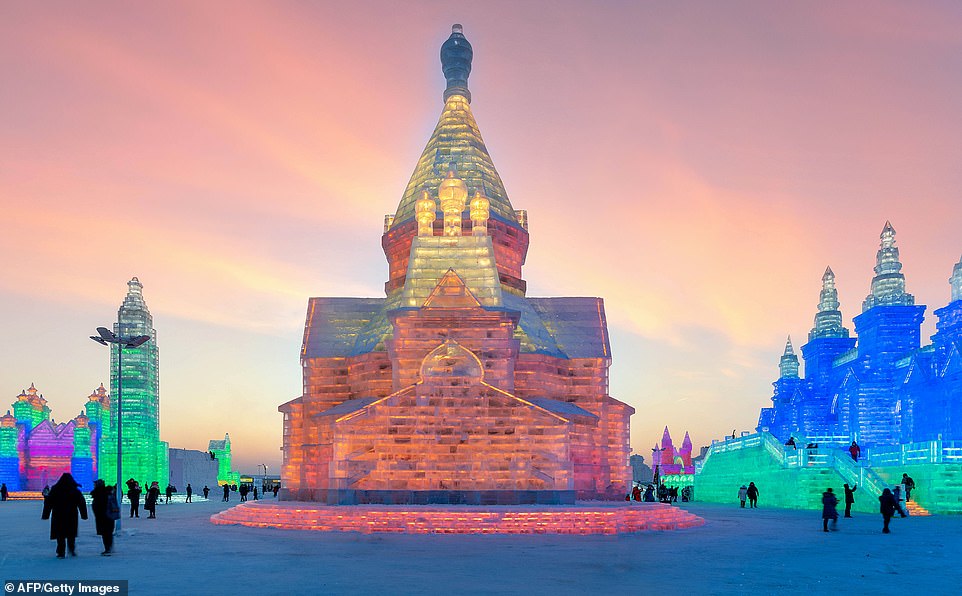 Bright lights: The rainbow-coloured winter wonderland normally features iconic landmarks from all over the world 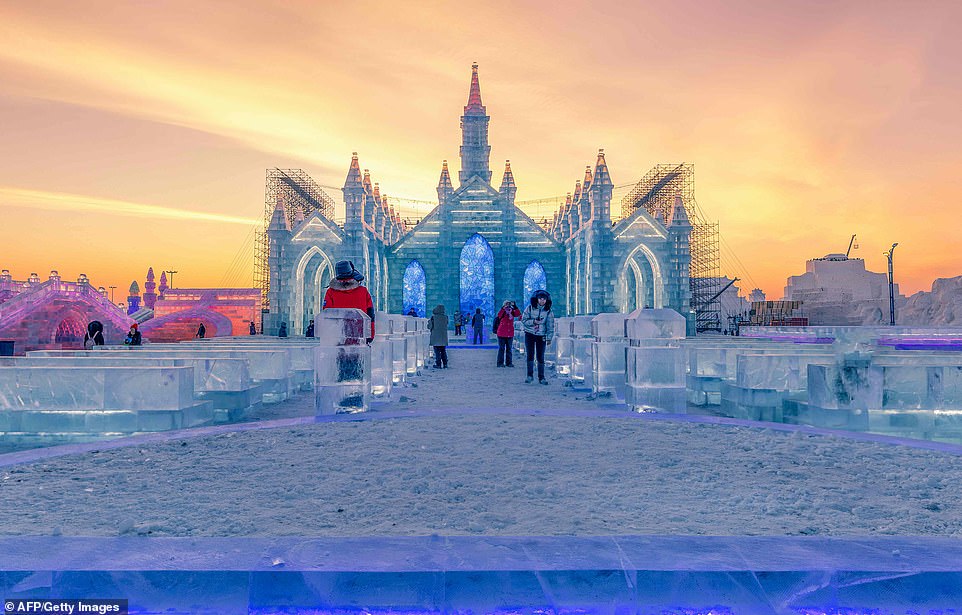 During the upcoming festival, the theme park will present some of the best ice and snow landscapes from the past two decades to celebrate its 20th anniversary, reported Xinhua News Agency.

In addition, the organisers have decided to double the number of giant ice slides in this year’s theme park due to their high popularity.

A total of six slides are due to be built before the opening next Friday, each running a whopping 320 metres in length. 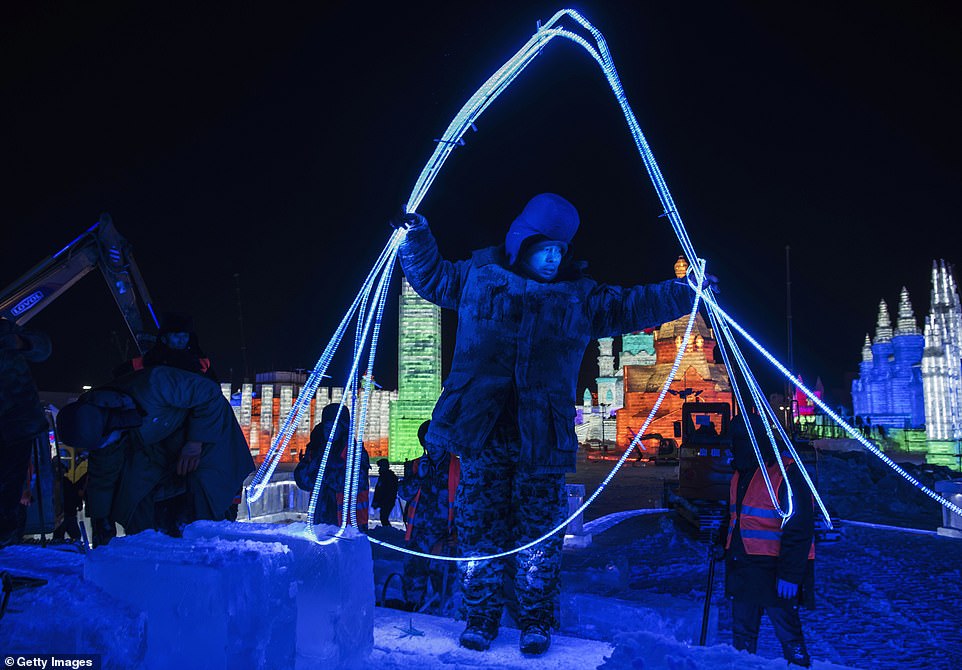 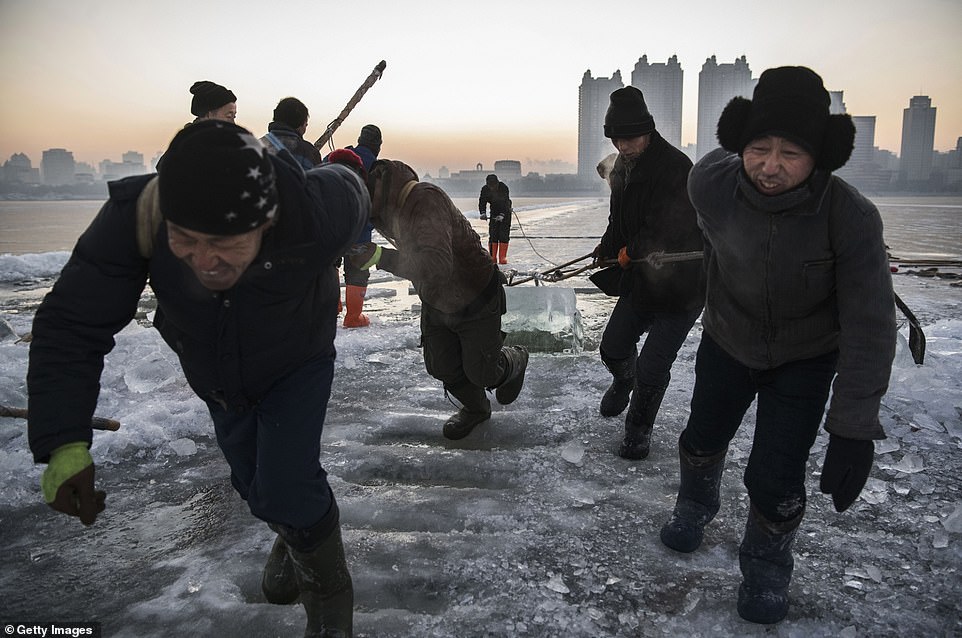 One more lump: All ice used in the theme park are lugged by workers from the Songhua River, a major waterway in Harbin 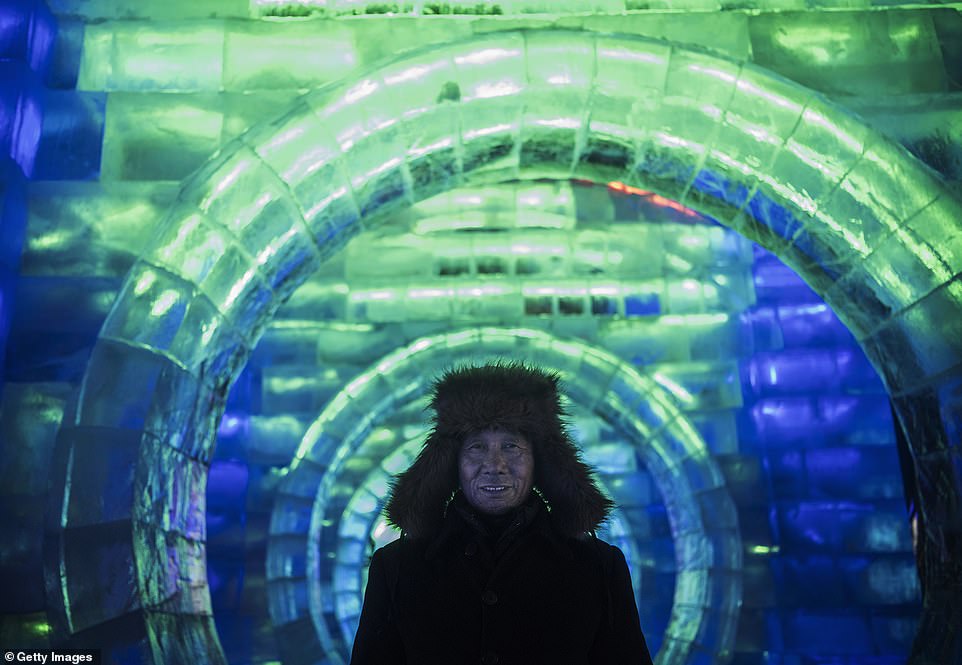 The man behind the curtain: A team of workers spent 15 days creating the ‘frozen city’ theme park for this year’s festival 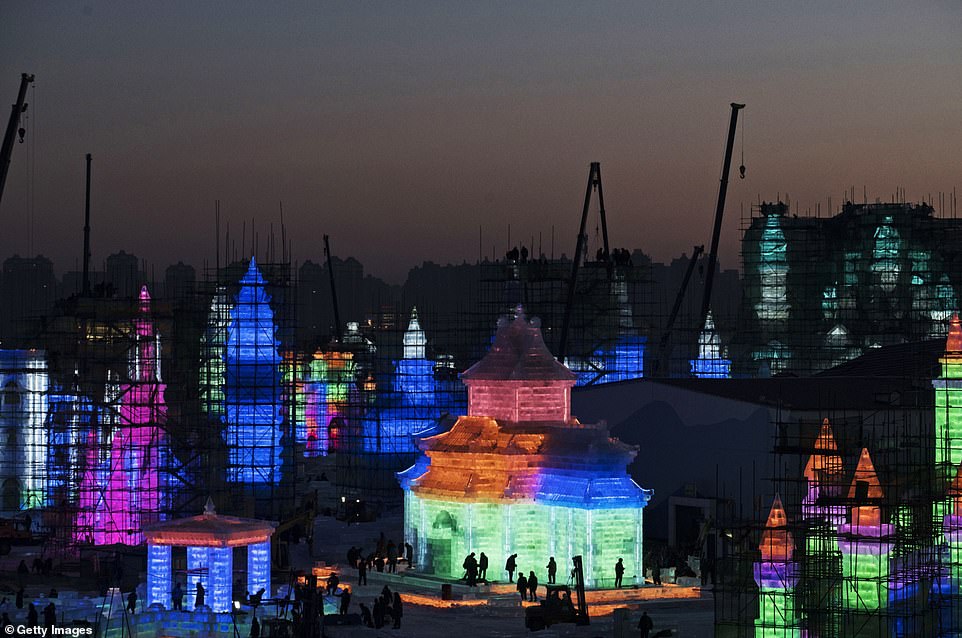 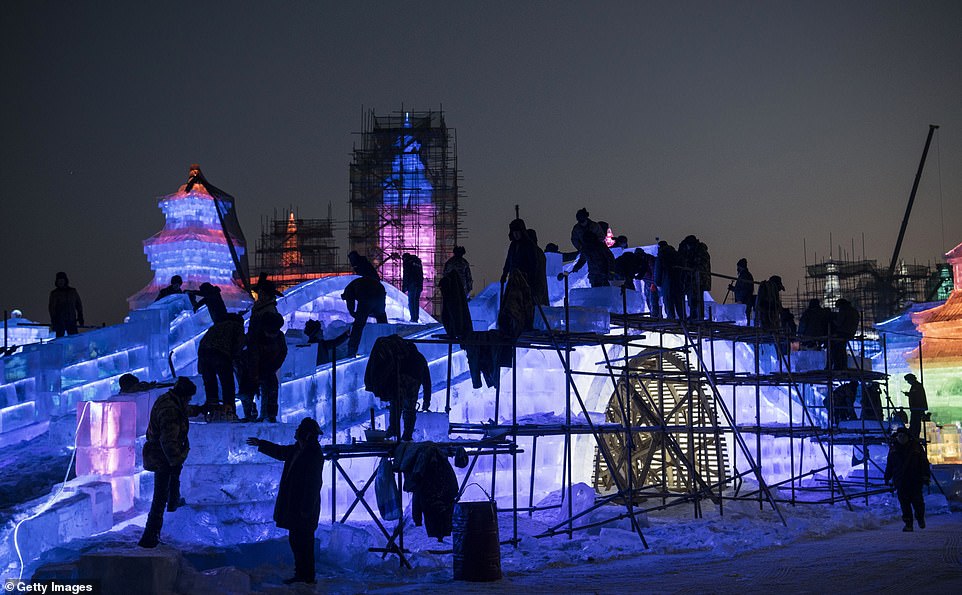 The theme park opened its doors to a few lucky visitors on Sunday on its trial run, said Xinhua.

Two decades of ideas: The new theme park will present some of the best ice and snow landscapes from the past 20 years 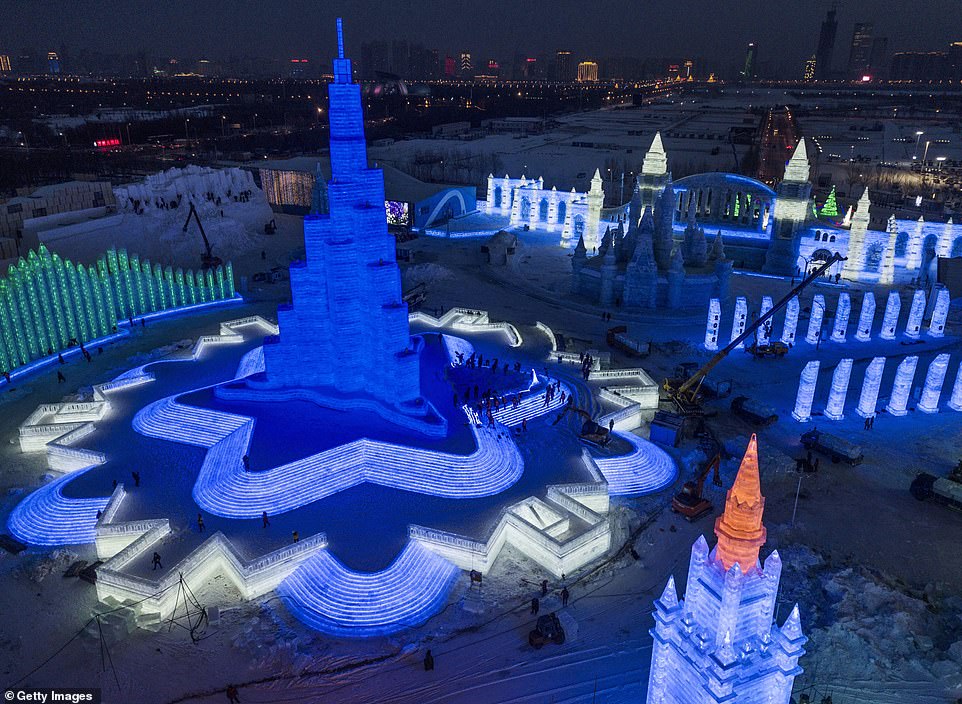 Is that Burj Khalifa? Ice structures resembling worldwide landmarks are the highlights of the park, such as this ice skyscraper 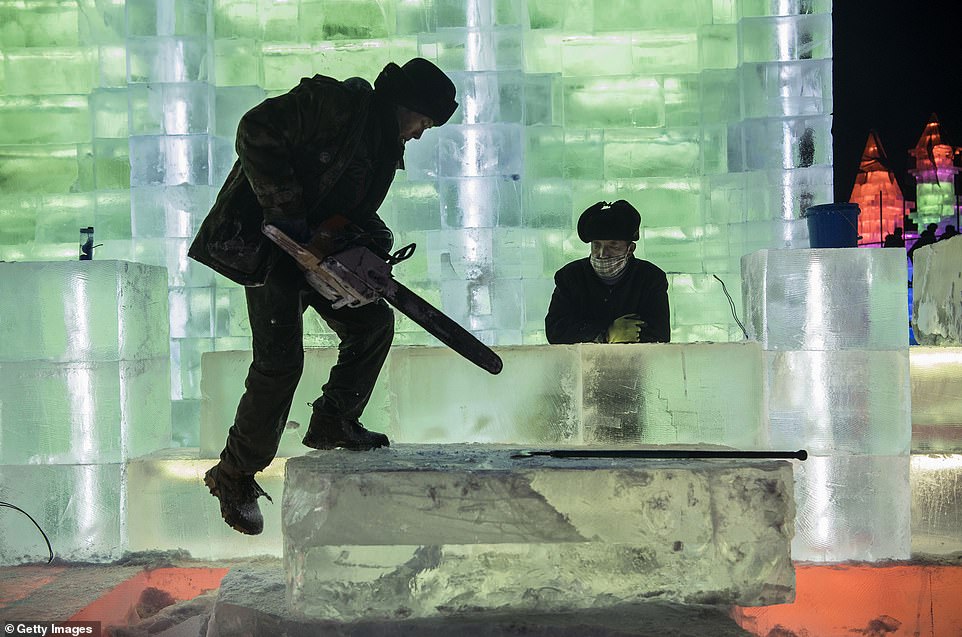 Dedication and skills: Dedicated ice artists had 15 intensive working days ahead of the parks soft opening on Sunday 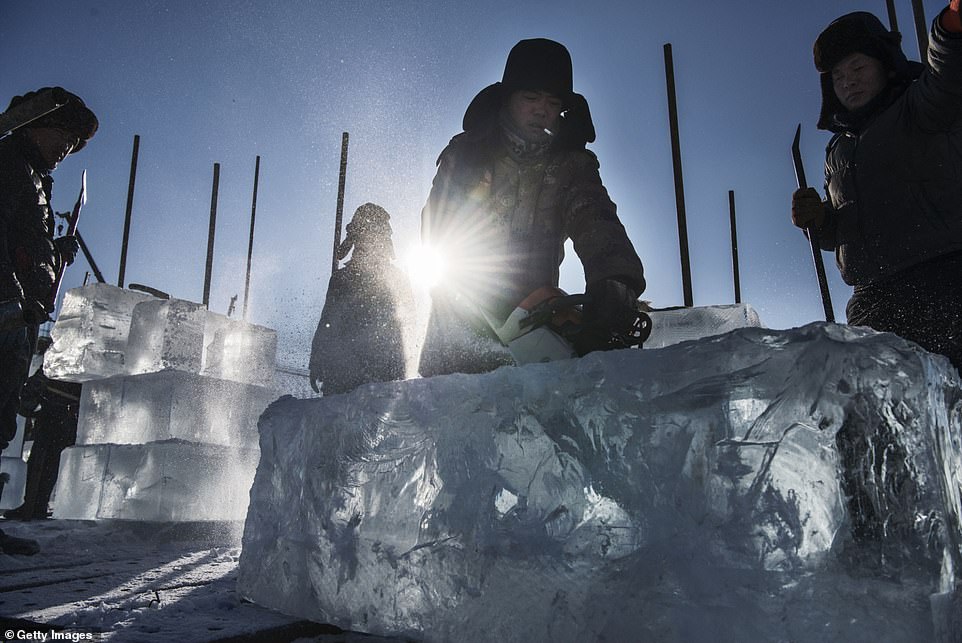 Nearly there: Lumps of ice are cut, carved and piled up to make impressive sculptures for people visiting the popular event 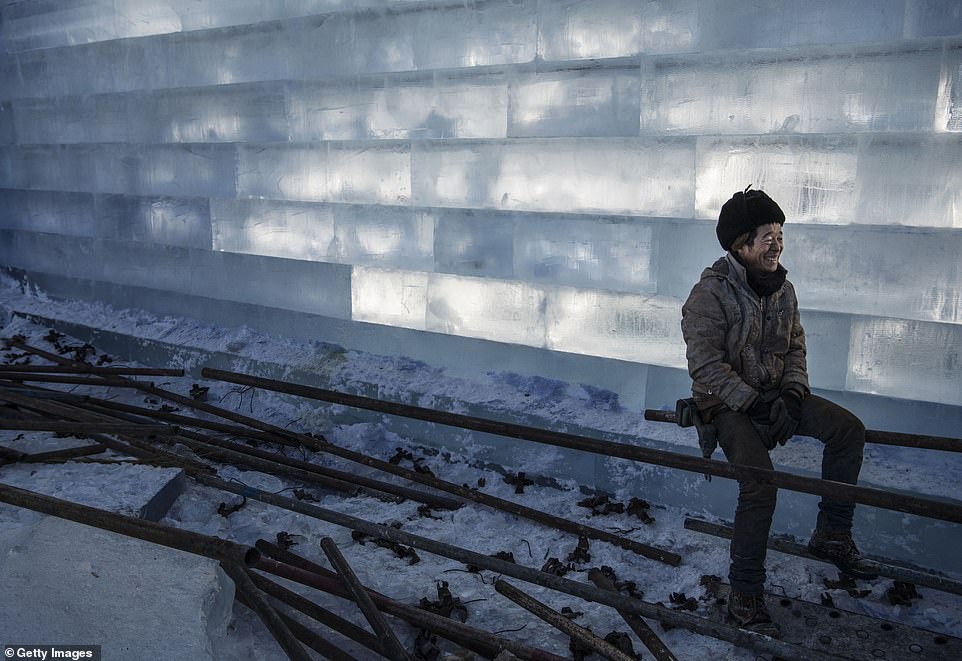 Finally done: Workers effort will be appreciated when the park official opens its doors to people around the world next week

A series of other winter activities will be rolled out during the 2019 Harbin Ice and Snow Festival.

They include an international ice and snow sculpture competition, an ice-themed group wedding ceremony and a winter swimming contest.

The ice festival is due to last until the beginning of March when the snow starts to melt.