The 50 coolest neighbourhoods in the world revealed by Time Out: Arroios in Lisbon is the hippest

The coolest neighbourhoods in the world have been named by the influential Time Out guide, and Arroios in Lisbon has taken the top spot.

But it’s the district that’s been ranked 11th for the second year in a row that has everyone talking – and that’s Peckham, in London. As MailOnline Travel reported last year, this neighbourhood was once a byword for decay and the butt of jokes – but is now lined with hip cafés, craft breweries and street food pop-ups.

The list was put together by local Time Out editors, city experts and more than 27,000 people surveyed around the world. Other spots making the prestigious ranking include Footscray in Melbourne, Ancoats in Manchester and Historic Filipinotown in Los Angeles. Here’s the lowdown on the top 15…

In Lisbon, visitors can dine on seafood at Ramiro or head to 19th-century palace Casa Independente for art and cocktails

Lisbon’s Arroios tops the list as the world’s coolest neighbourhood right now, with Time Out calling it ‘a multicultural hub where street art meets food from around the world, underground culture and historical treasures’.

The guide says: ‘Ramiro serves some of the best seafood in town, while over at Casa Independente (a reclaimed 19th-century palace) there’s a multidisciplinary arts programme, plus great cocktails.’ 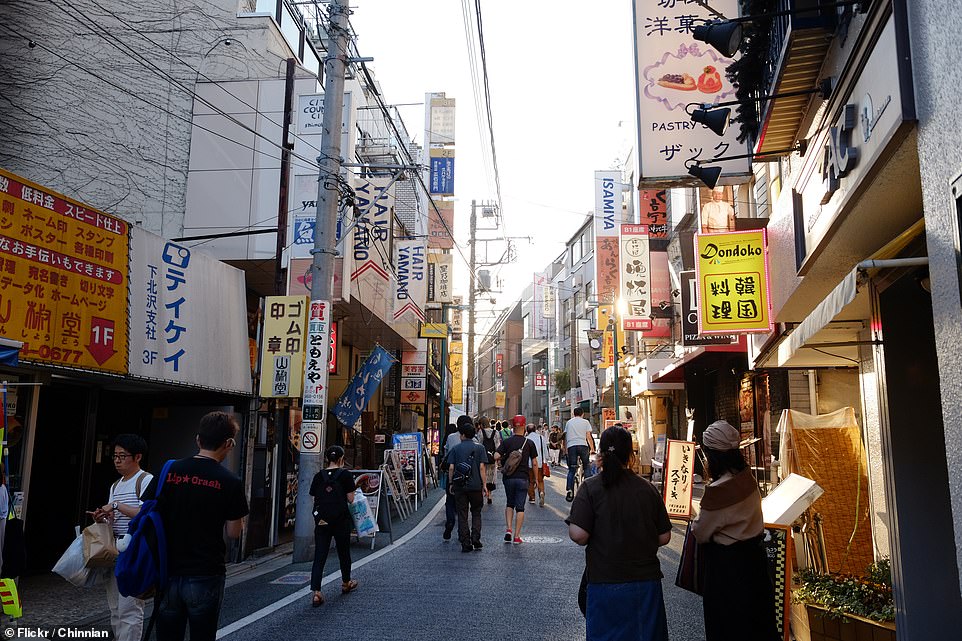 Shimokitazawa in Tokyo has a legacy of counter-cultural cool and a whole lot of underground cred, says Time Out

Known for its vintage and consignment shops, independent restaurants, cafés and bars, Shimokitazawa (often simply known as ‘Shimokita’) has a legacy of counter-cultural cool and a whole lot of underground cred, says Time Out.

The guide continues: ‘Further out from central Tokyo than the more commercially developed neighbourhoods of Shibuya and Shinjuku, it is easy to access from Shibuya station and to explore on foot.

‘After picking up a vintage bargain, explorers can head to Ten To Sen for a hybrid of spicy ramen and soup curry.’ 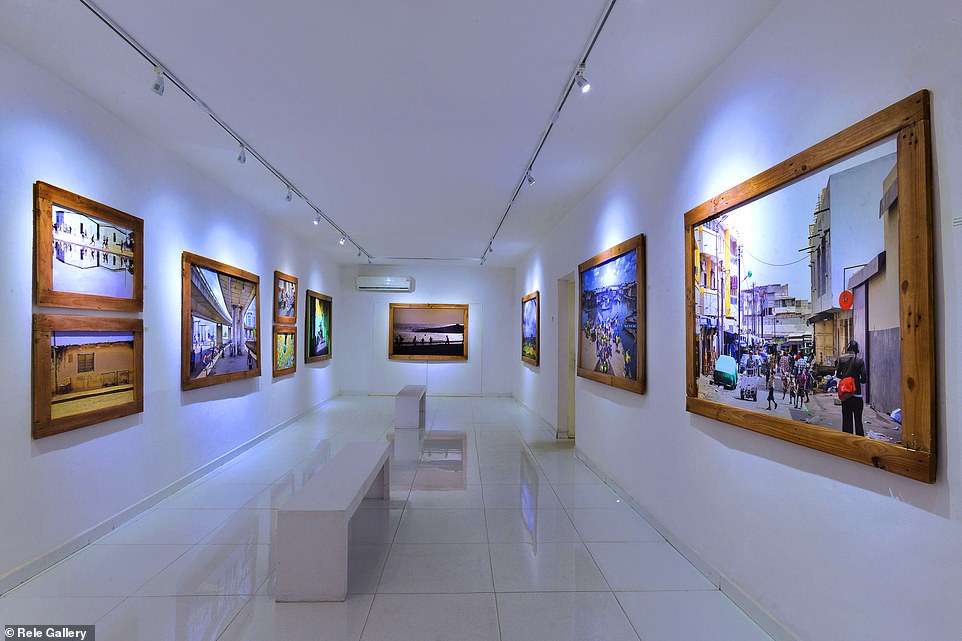 In the Onikan district of Lagos, visitors can explore food markets, visit galleries such as Rele Gallery (above) and go to rooftop parties

Creatives have been flocking to the historic Onikan district of Lagos in search of authentic surroundings, adding workspaces, galleries and bars to its eclectic mix of architecture, says Time Out.

It adds: ‘Travellers can explore the sprawling Balogun Market, the guide continues, then fill up on jollof rice at long-serving stalwart Ghana High, before finishing the night at a STROBE safe space party on the rooftop at 26 Moloney Street, run by creative collective hFACTOR.’ 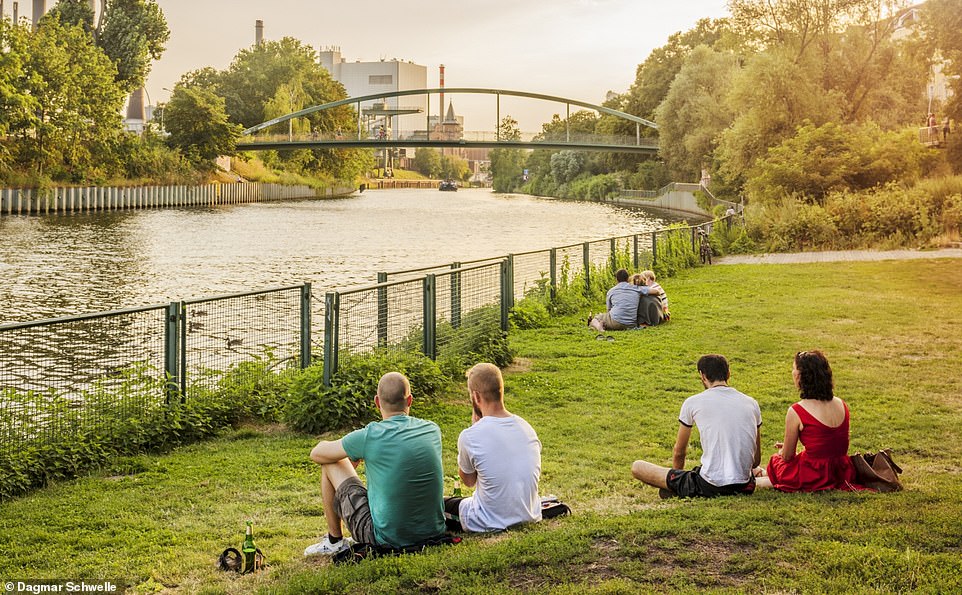 Wedding in Berlin continues to champion the off-the-radar charm that the city was once known for, according to Time Out

One of Berlin’s most underrated neighbourhoods, Wedding continues to champion the off-the-radar charm that the city was once known for, according to Time Out.

It continues: ‘The area is home to bustling markets, traditional drinking establishments and vast public spaces, serving a diverse range of locals.

‘From its classic German pub experiences to its underground art shows, Wedding is a reminder of what gave the German capital its electric atmosphere in the first place.’ 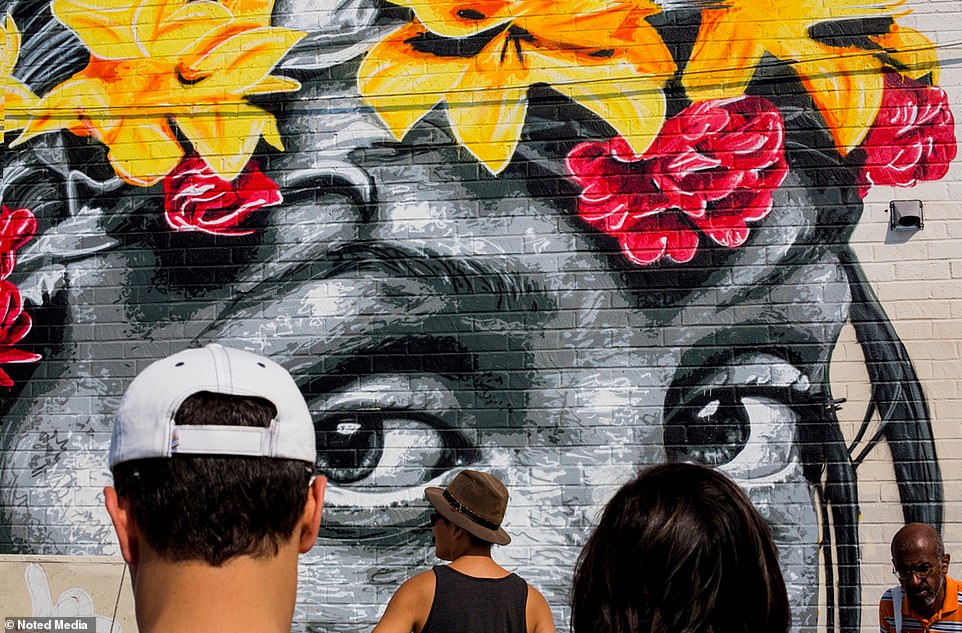 Still in the early stages of its ascent, HiFi – as it is known for short – reflects LA at its best, says Time Out

Still in the early stages of its ascent, HiFi – as it is known for short – reflects LA at its best, says Time Out.

The guide calls the city ‘a convergence of cultures that, unlike many developing areas in the city, is retaining its sense of character, culture and community’.

It continues: ‘The area is home to some of the city’s most exciting new food openings, and visitors can take in the sights by hopping aboard a traditional Filipino jeepney for the Classic Hidden HiFi Jeepney Tour, with stops at local mainstays like Temple Seafood Market and Unidad Park.’ 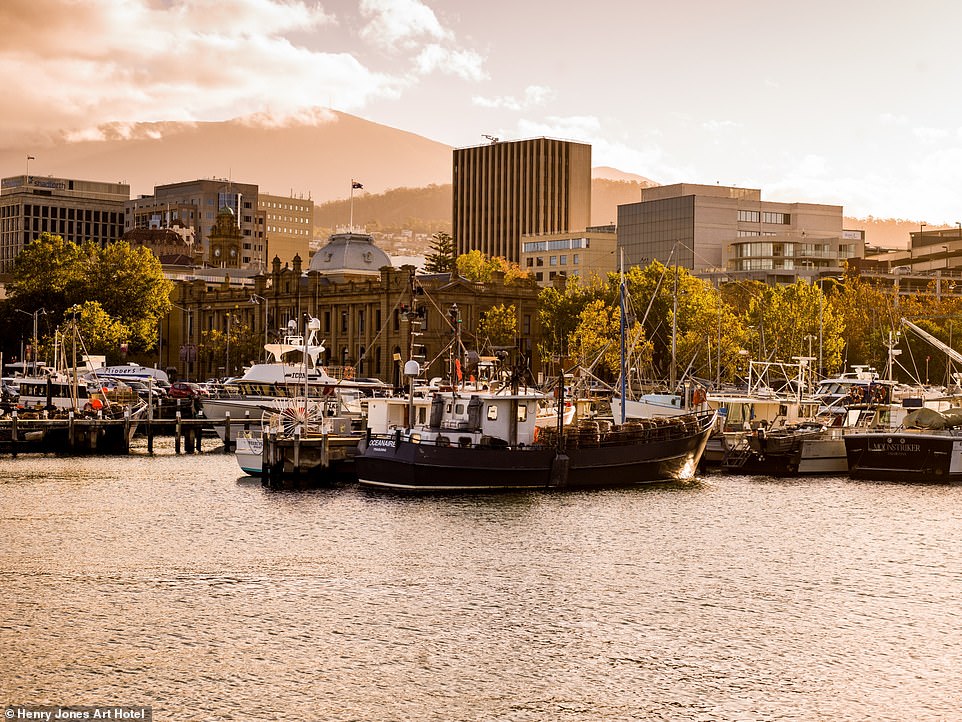 Hobart’s Waterfront district is home to ‘the best of the city’s seafood-driven dining scene’, says Time Out

The arrival of a new art gallery eight years ago helped transform Hobart from a sleepy harbour city to a vibrant cultural destination, drawing visitors from all around the world.

Indeed, Time Out says: ‘The opening of the Museum of Old and New Art (MONA) has transformed the tiny Tasmanian state capital into a must-visit destination for urban explorers looking for food, wine, nature, art and culture.’

It adds: ‘Staying by the city’s historic harbour makes it easy to catch the quirky MONA ferry – then, after checking out its ancient Greek amphoras and boundary-pushing avant-garde works, visitors should head back to the Waterfront to experience the best of the city’s seafood-driven dining scene and finish the night with a nightcap from one of Tasmania’s world-leading whisky, gin and wine producers.’ 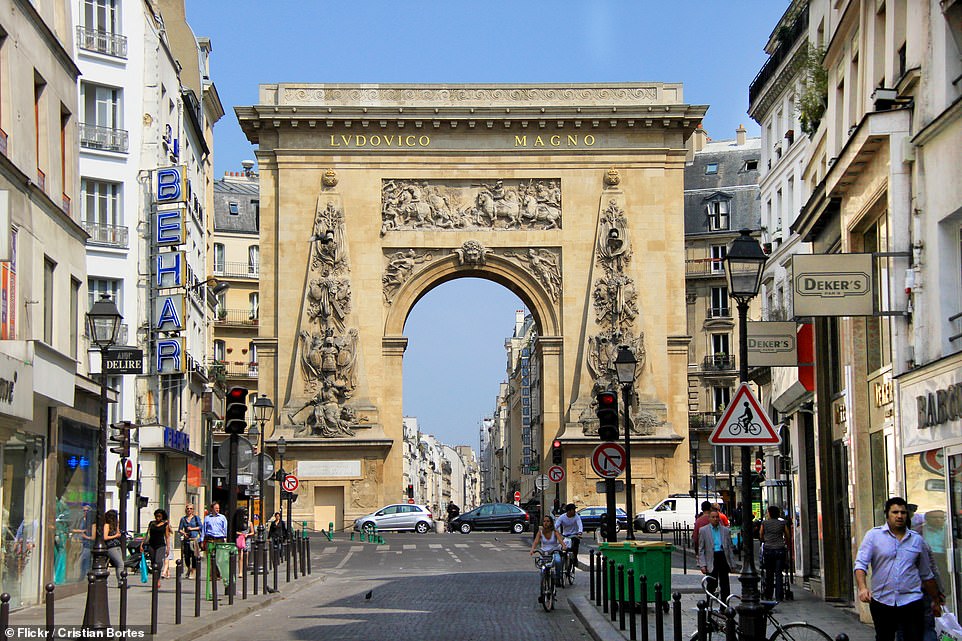 Strasbourg-Saint-Denis, Paris, has enjoyed ‘waves of new openings without drifting into the bourgeois-bohemian clichés of other parts of the city’, according to Time Out

Some of Paris’s hippest venues have opened their doors on Strasbourg-Saint-Denis’s Rue des Petites-Écuries, helping the neighbourhood remain the epicentre of Parisian cool, says Time Out.

It continues: ‘Nearby, the multicultural Rue du Faubourg Saint-Denis has seen waves of new openings without drifting into the bourgeois-bohemian clichés of other parts of the city.

‘Behind a decrepit facade and an inch-thick layer of posters, visitors can discover one of Paris’s best cocktail bars, Le Syndicat, which sources 100 per cent of its booze from French producers.’ 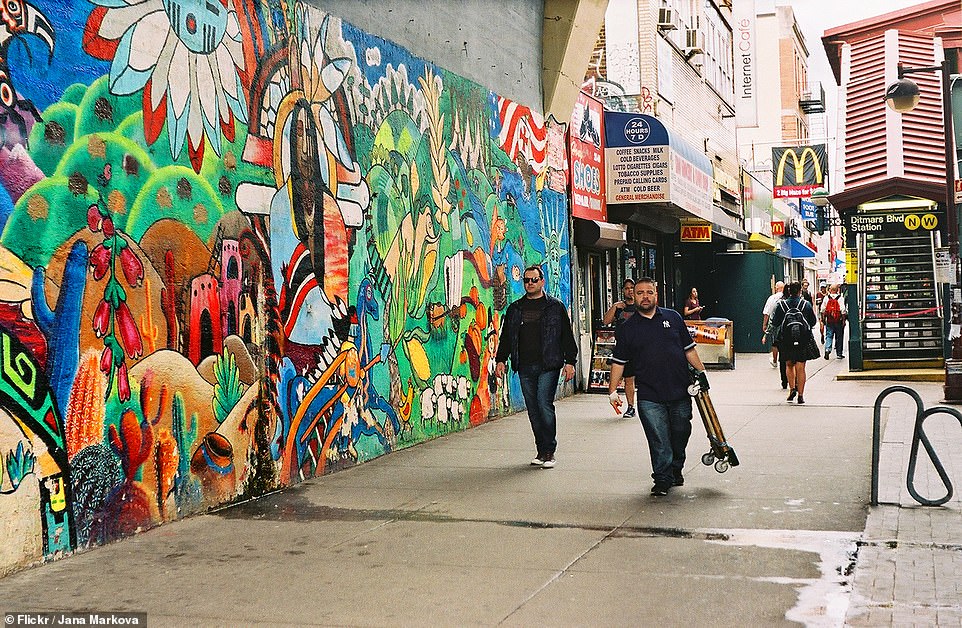 Time Out says New York’s Astoria district is packed with energy, flavour and diversity, and is home to decade-old shops and striking street art such as this Lady Pink mural

If you’re looking for diversity, flavour and energy, Astoria in New York is the place to be, according to Time Out.

It adds: ‘In Astoria, Egyptian restaurants and hookah bars rub shoulders with the striking street art of the Welling Court Mural Project and some of the city’s most distinctive museums. 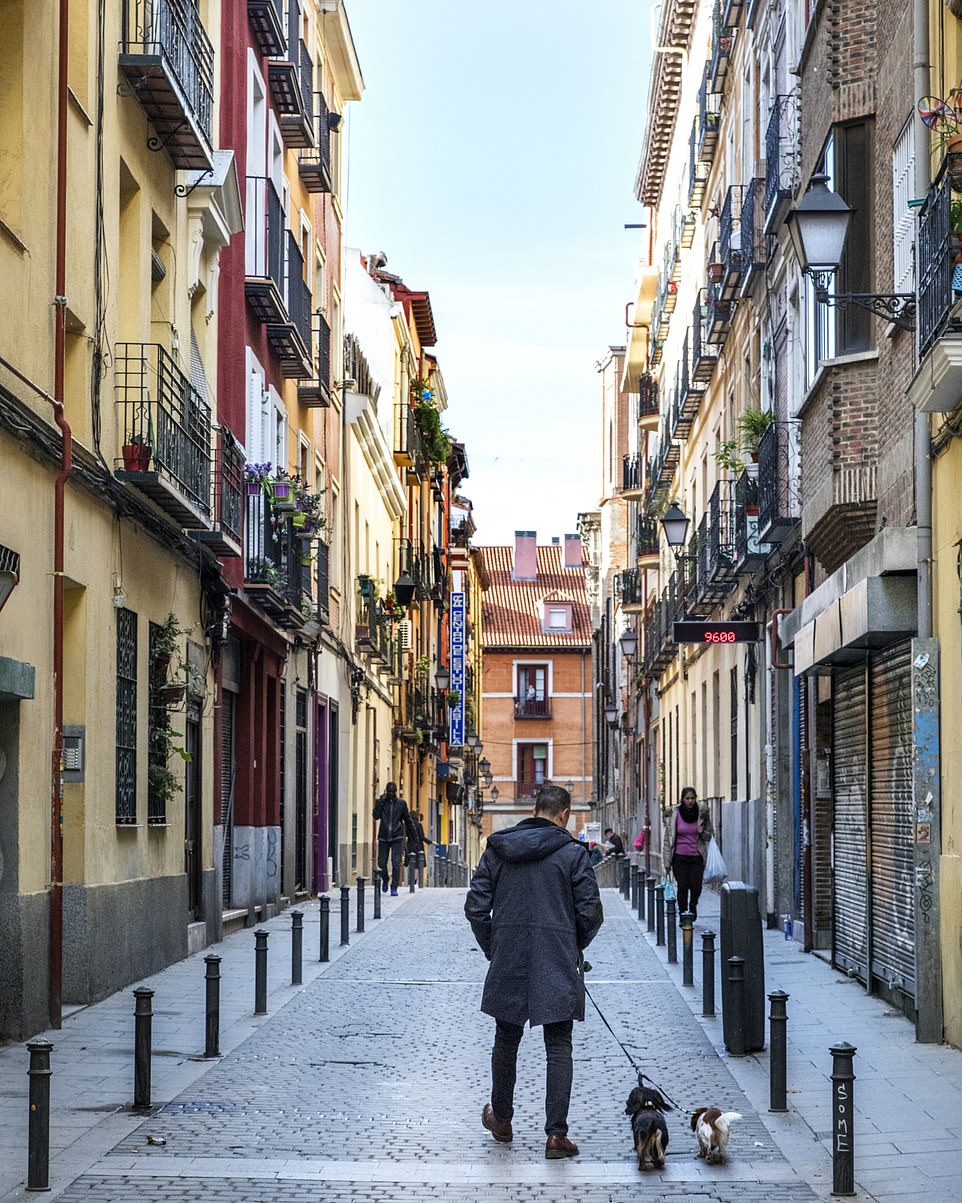 Those visiting Madrid’s Embajadores neighbourhood in October should head to the district’s Tapapiés tapas festival, says Time Out

Embajadores is the most diverse and lively neighbourhood in Madrid, according to Time Out.

It’s even got ‘hip bars such as Sala Equis, a former X-rated cinema that serves cocktails and screens arthouse films’.

The guide continues: ‘Wondering when to visit? Try October for the Tapapiés tapas festival, or May for CALLE Lavapiés, an event in which dozens of urban artists decorate the facades of landmark bars and shops.’ 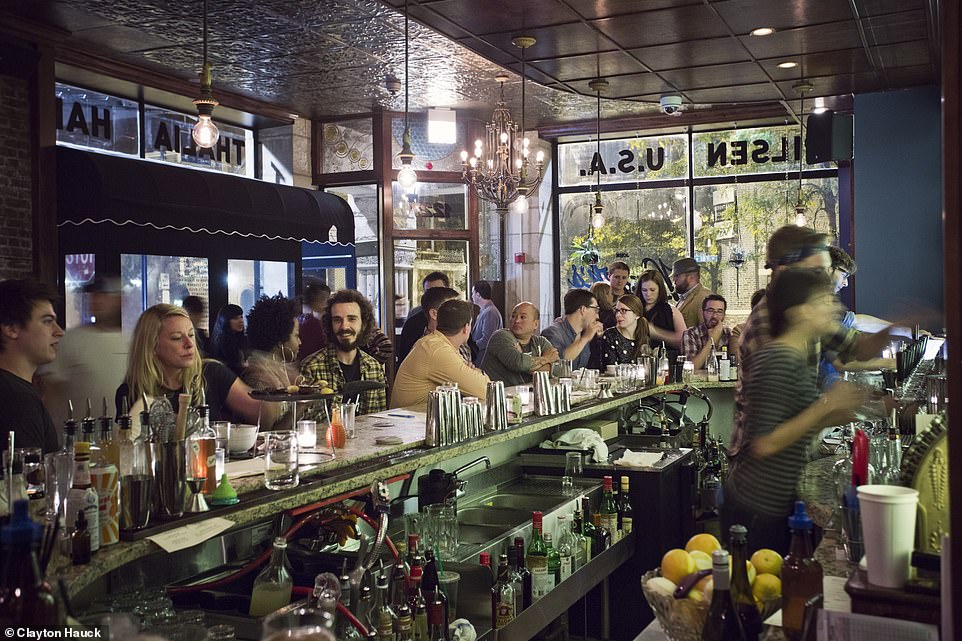 Visitors to Pilsen in Chicago can visit the piano bar Tack Room, where the live music line-up includes audience requests and singing along is very much encouraged, according to Time Out

Decorated with distinctive murals from a vibrant public art scene, Pilsen may well be Chicago’s most recognisable neighbourhood, says Time Out.

The guide says: ‘It houses one of the US’s largest Mexican art collections (at the free National Museum of Mexican Art) and some of Chicago’s most authentic Mexican cuisine, alongside institutions established by waves of European immigrant communities.

‘After dinner, piano bar Tack Room is the place to be, where the live music line-up includes audience requests and singing along is very much encouraged.’ 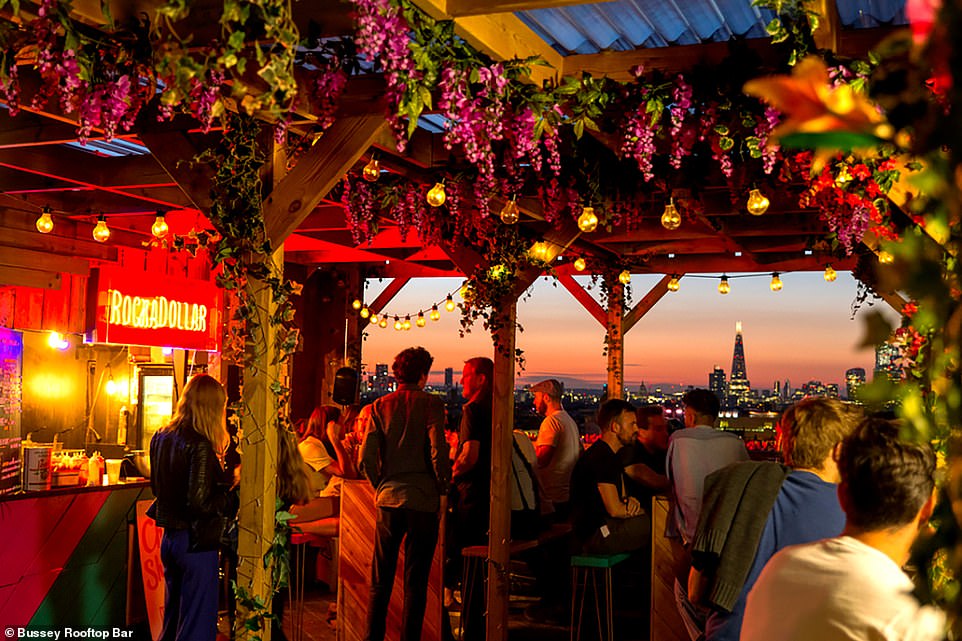 The neighbourhood of Peckham in London has cemented itself as one of the capital’s foremost cultural hotspots, says Time Out

Peckham has cemented itself as one of London’s foremost cultural hotspots, according to Time Out.

‘Over the past year even more restaurants, bars and club nights have established themselves along the area’s well-known Rye Lane and previously residential backstreets,’ says the guide.

It continues: ‘With some of the capital’s most reputable arts colleges just a 436 bus ride away, the area has become home for south-east London’s burgeoning artistic scene while staying true to its multicultural roots.

‘If the queue is too daunting at alfresco drinking spot Frank’s Café, visitors should head to club venue and culture space CLF Art Café (known as the Bussey Building) for drinks at its rooftop bar.’ 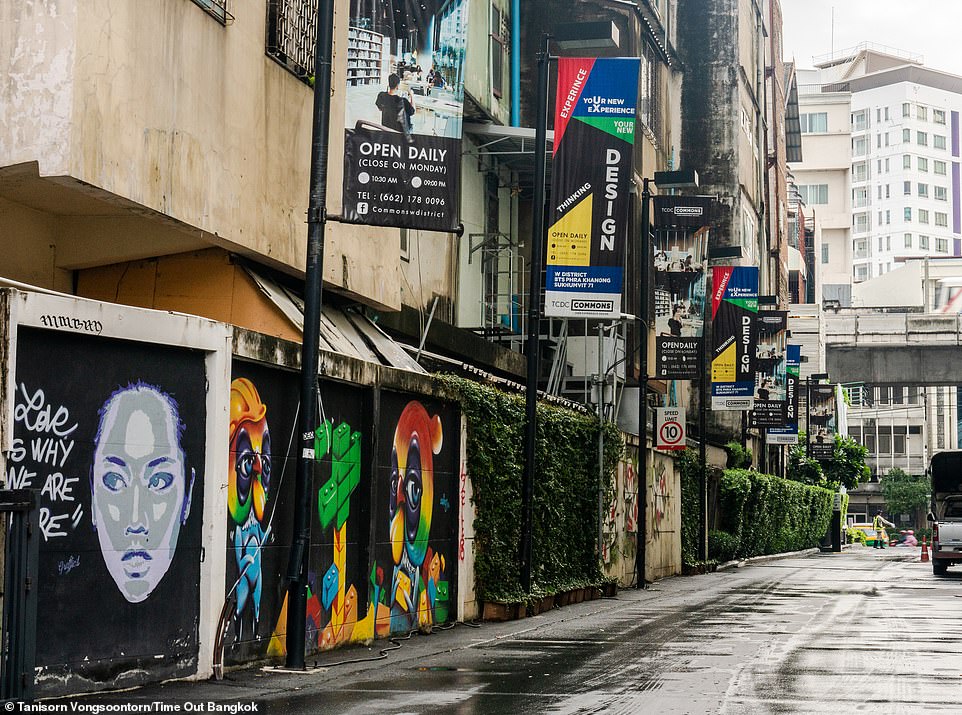 Young Bangkok locals and expats have been slowly moving eastwards across the city in search of cheaper rents and smaller crowds, according to Time Out.

The guide reports: ‘They have landed at Soi Pridi Banomyong, also known by the name of its nearest Skytrain station: Phra Khanong.’ 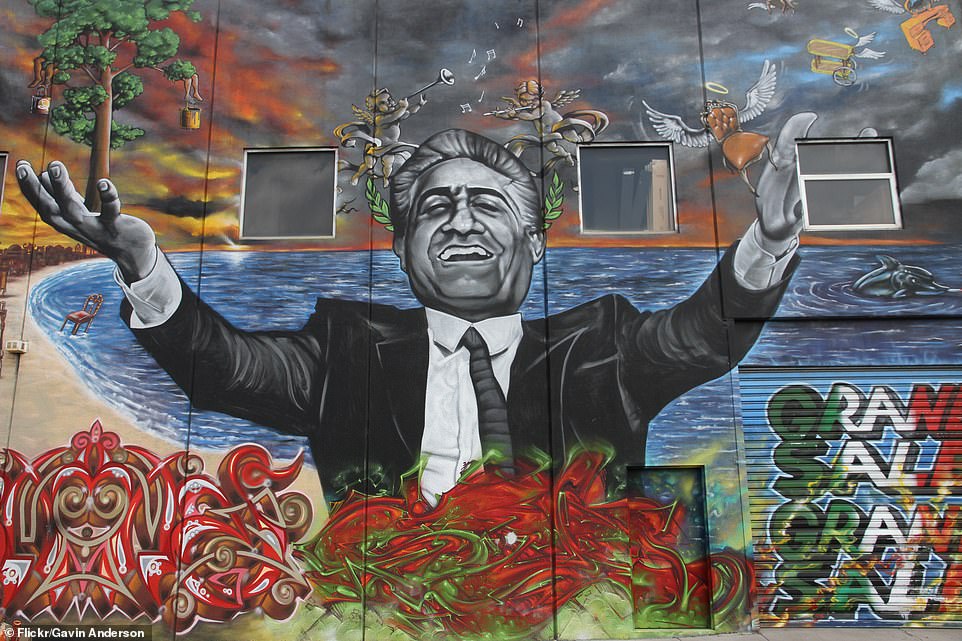 In Footscray, Melbourne, a growing cultural scene has helped turn the neighbourhood into a contemporary arts destination

On Melbourne’s west side, Footscray is an inner-city cultural melting pot, which is home to residents hailing from Vietnam, Ethiopia and all points beyond and between, says Time Out.

It continues: ‘Visitors can pick from a banh mi, a goat curry or a cannoli all on the same street, before heading to Mr West – a temple for lovers of top-quality craft beer, wine, spirits and cocktails.

‘The area’s growing cultural scene is focused around the Footscray Community Arts Centre (FCAC), a hub for contemporary arts and community involvement.’ 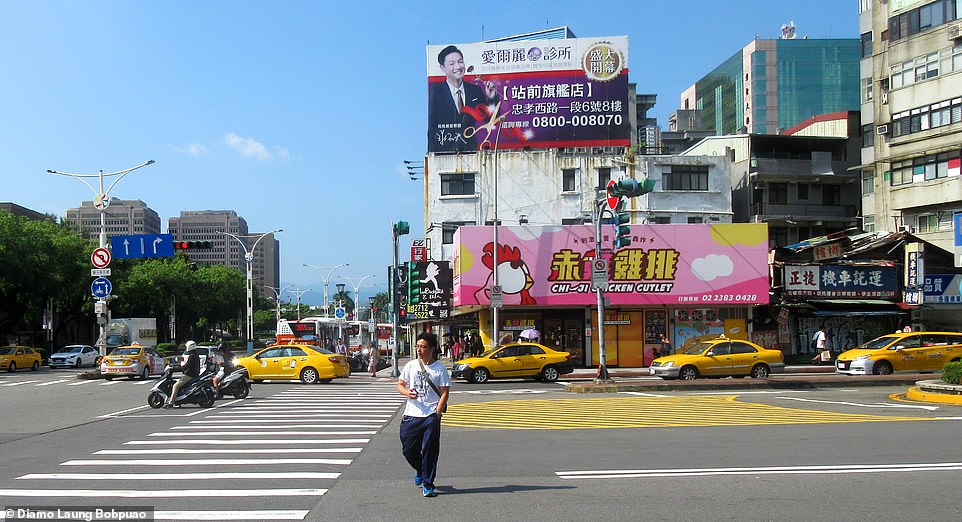 Zhongshan has reclaimed its spot as the Taiwanese capital’s hottest neighbourhood, according to Time Out.

It says: ‘The elegance of yesteryear remains, alongside new, ultra-modern concept malls such as Eslite Spectrum.

‘Taipei’s Little Japan is in the east of the area, where the lanes are alive with restaurants and bars, and in the west, the city’s youth frequent the cafes, cinemas and galleries popping up in renovated heritage buildings.’ 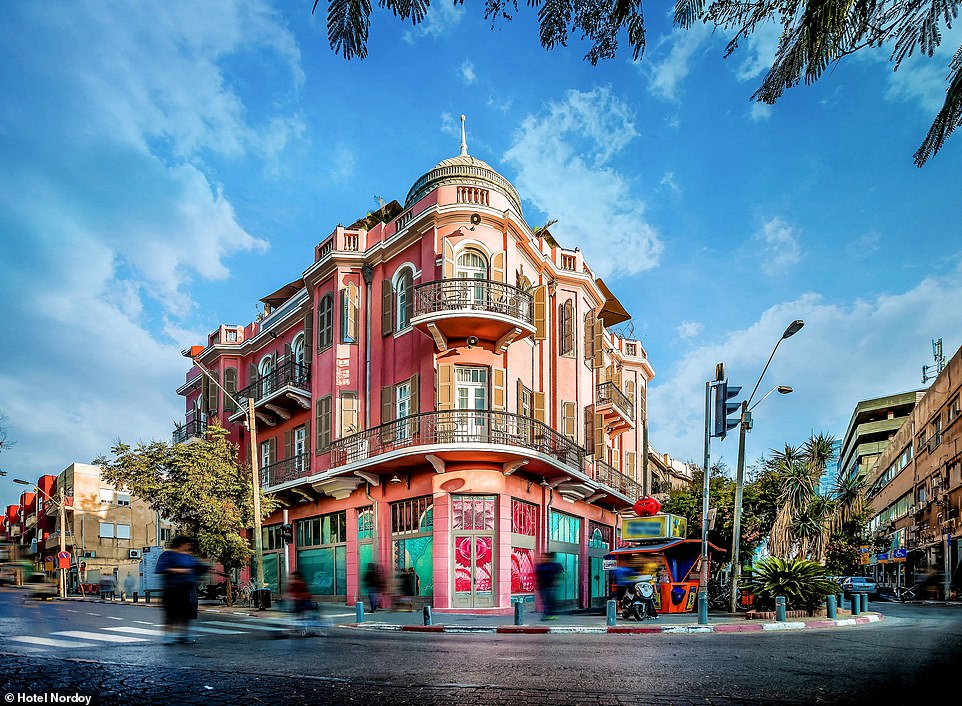 Kerem Hateimanim is as authentic as they come, says Time Out, with its long-established Yemenite eateries and quiet backstreets drawing foodies, surfers and global explorers.

The neighbourhood is, the guide says: ‘Flanked on one side by a shimmering stretch of Mediterranean Sea and on the other by Tel Aviv’s best-known market and the neighbourhood’s coolest hangout, Shuk HaCarmel.’

It adds: ‘Visitors can grab a beer and a snack from the market and then wander around the lanes all the way to the beach.’

FROM LISBON TO BELGRADE VIA PECKHAM, HOBART AND LA: THE 50 COOLEST NEIGHBOURHOODS IN THE WORLD