The $5million Super Bowl ads to win you over this year

Hollywood A-listers, half-naked hearthrobs and a whole heap of emotion is being deployed in this year’s Super Bowl ads as the annual marketing frenzy gets underway.

This year’s commercials are sure to snag the attention of some 110million viewers estimated to tune in to Sunday’s big game.

Marketers recently released some advertisements ahead of time – which are said to cost as much as $5million or more for just 30 seconds of airtime alone.

While keeping the mood low-key and in-tune from the upheaval of political and cultural events over the course of the past year, advertisers have a wide-range of specials in store.

The star-studded cast will aim to make viewers feel anticipated, make their stomach rumble or mouth and eyes water.

Hugh Jackman appears in a new trailer for a ‘film’ called Dundee, but the trailer is actually a promo for a Super Bowl advert promoting Australian tourism

Hugh Jackman and Chris Hemsworth teased the internet this week by sharing video from Tourism Australia, who released a fake reboot of the pair in the 1986 Australian-American action comedy film.

The marketing scheme paid off too – as the brand’s digital engagement since skyrocketed, according to ad company Amobee.

A shirtless and chiseled Chris Pratt will appear in Michelob Ultra’s ad where the sexy star suggests that, to be fit, ‘you gotta love Michelob Ultra.’ 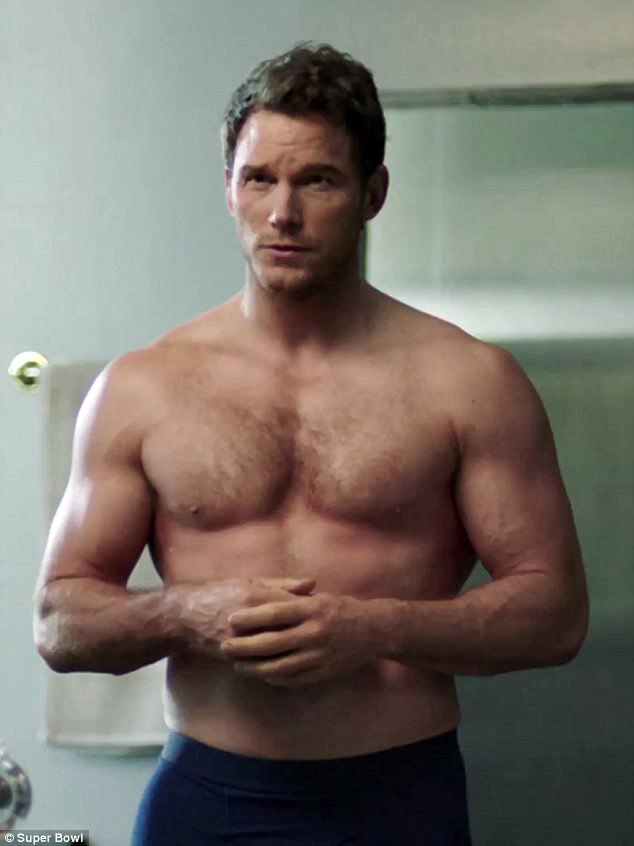 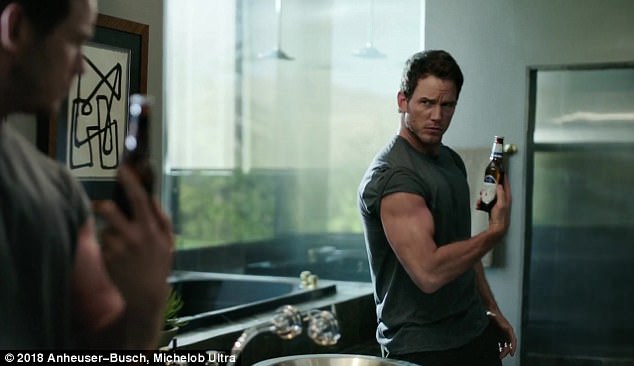 Pratt defines what it means to live fit and live fun, making him the perfect fit for Michelob Ultra’s spokesperson

Danny DeVito will be seen dunked in a pool of chocolate in a funny M&M ad released Monday.

A talking red M&M is heard telling his edible friend, ‘I’ve had three people try to eat me today… sometimes I wish I was human.’

That’s when DeVito magically appears after the talking treat picks up a lucky penny and turns into the human M&M DeVito. 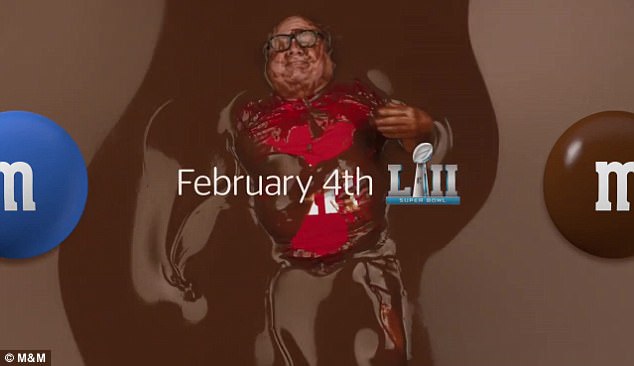 Boseman plays the role of the Black Panther in the eye-popping ad promoting the sleek 2018 LS 500 luxury sedan.

Budweiser will win over the hearts of viewers once again. This year’s commercial is focused on disaster relief after the slew of hurricanes and beyond that affected Texas, Florida, Puerto Rico and California. 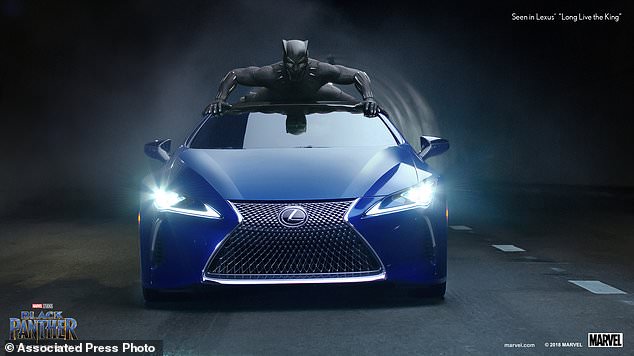 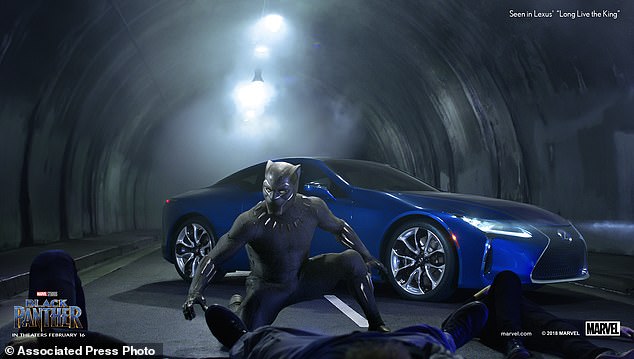 Stella Artois, also under the brand, teamed up with Matt Damon to sell a limited edition beer glass, with proceeds also targeted at providing access to water.

The Anheuser-Busch ad shows a factory producing cans of water instead of beer, highlighting the brewer’s donation of drinking water to places in need.

Other ads like Groupon feature Tiffany Haddish, who pleads with the public to support local businesses.

By the end of 2018, the Budweiser brewery in Fort Collins, CO will be equipped to help deliver even more clean drinking water to communities in need

Budweiser’s commercial shows a factory producing cans of water instead of beer, highlighting the brewer’s donation of drinking water to places in need

The commercial then cuts to a wealthy man who plots to crush small businesses, only to double over after players nail him with a kicked football.

Groupon insists the man isn’t hit in the groin, although the ad video is ambiguous.

The Groupon ad is also notable for its distinctly anti-1 percenter tone.

‘We think the vast majority of consumers will appreciate the over-the-top comeuppance our ‘villain’ receives,’ said Jon Wild, Groupon’s head of marketing for North America. 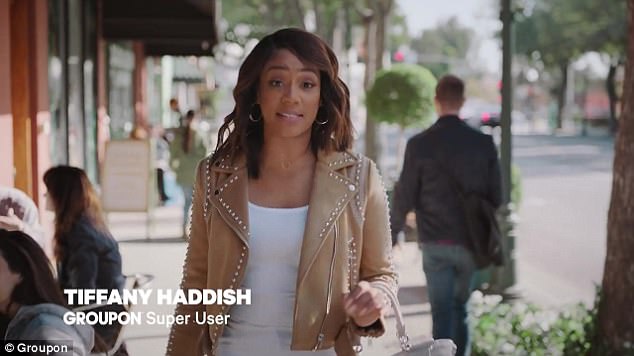 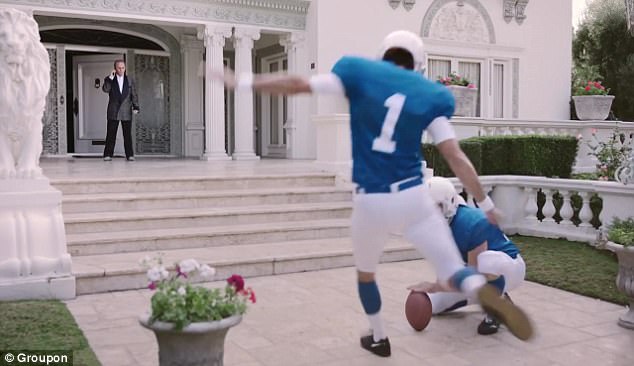 The ad cuts to a wealthy man who plots to crush small businesses, only to double over after players nail him with a kicked football 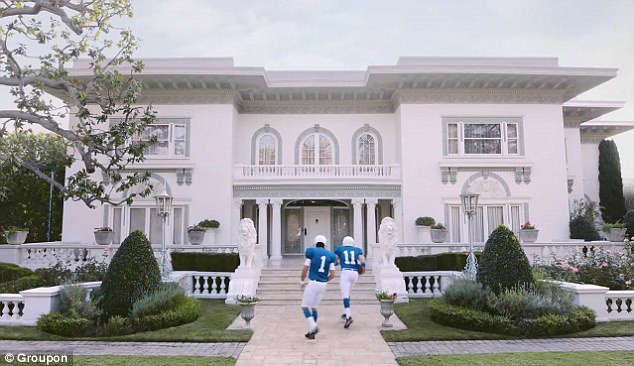 ‘More people will see me in this than they have in the last three movies I’ve made,’ actor and comedian Hader muses in the teaser for the first Super Bowl spot.

An ad for Febreze air freshener goes all in for toilet humor. 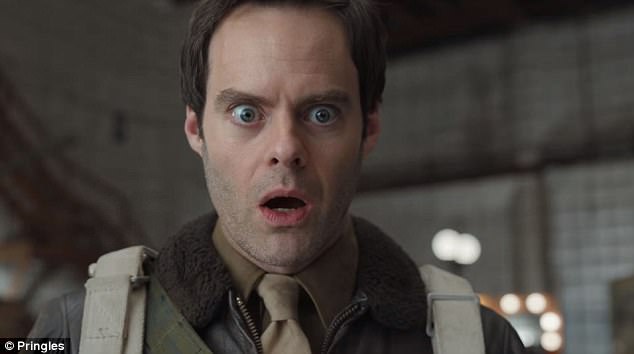 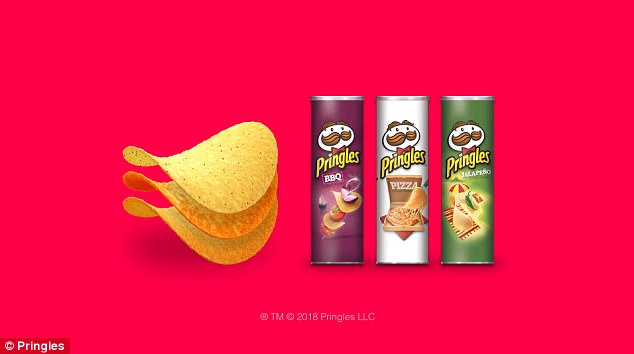 It presents a pseudo-documentary about a boy whose ‘bleep doesn’t stink,’ alluding to a profane phrase that commonly refers to people who are full of … themselves.

In another hilarious commercial, Amazon virtual assistant Alexa loses her voice and the company CEO Jeff Bezos gets word about the tragic matter over the news.

The company hints the handy assistant will soon have the ability to take even more commands.

Amazon virtual assistant, Alexa loses her voice and the company CEO Jeff Bezos gets word about the matter over the news in another hilarious commerical

Budweiser’s Whassup? commercial was run worldwide and led to the popular catchphrase, 2000

Dorito’s When Pigs Fly Hey is the hilarious video which shows a child ask farmer Ralph, ‘Can I have a Dorito?’, Ralph replies:  ‘Sure, when pigs fly’ – 2015