The £691 electric bicycle which can fit in your backpack

Ever longed to swim like a mermaid? Or have a kickabout with a football that gives you dribbling tips? Perhaps you’d like to squeeze your bicycle into your handbag?

These are just a few of the latest marvellous, miraculous fitness innovations to be unveiled by global health tech giants at the year’s most coveted sports expo – the ISPO trade show in Munich.

I visited the show last week and discovered a huge range of fun, fantastic and must-have fitness gadgets. Here are my recommendations.

Take it away… the world’s smallest electric cycle

Billedas the world’s smallest electric bike, the chargeable two-wheeled Smacircle S1 allows you to zoom around town at about 15mph. When folded and packed down, it’s not much larger than a tennis racket, so will go in a backpack, and weighs just 17 lb. An app paired with the bike tracks routes and speed.

Billedas the world’s smallest electric bike, the chargeable two-wheeled Smacircle S1 allows you to zoom around town at about 15mph 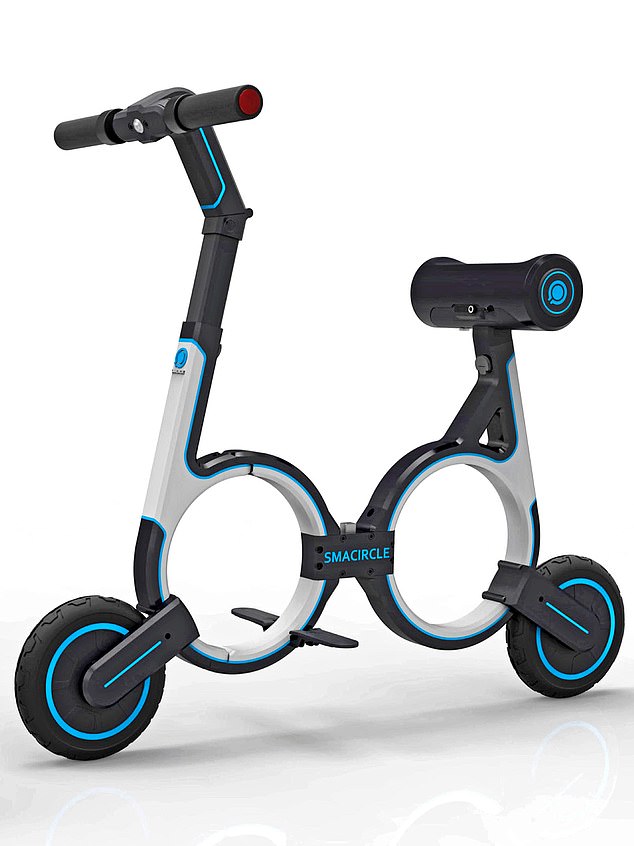 When folded and packed down, it’s not much larger than a tennis racket, so will go in a backpack, and weighs just 17 lb. An app paired with the bike tracks routes and speed

Normal single-tube snorkels make swimmers feel breathless because exhaled air that’s carbon dioxide-heavy gets ‘stuck’ in the tube and re-inhaled. The Power Breather snorkel features two separate tubes with valves: one allowing inhaling, and one for exhaling. This allows oxygen-rich air to flow in while carbon dioxide-heavy air is vented through the other tube.

Little Mermaids don’t only exist in Disney films – now water babies can channel their inner amphibian thanks to the Mjss Monofin Keiki. Designed for children, they make learning to swim that little bit more magical – both feet are slipped into the single flipper, aiding faster movement in water. And, in case you were wondering, the monofins are available in adult sizes too. 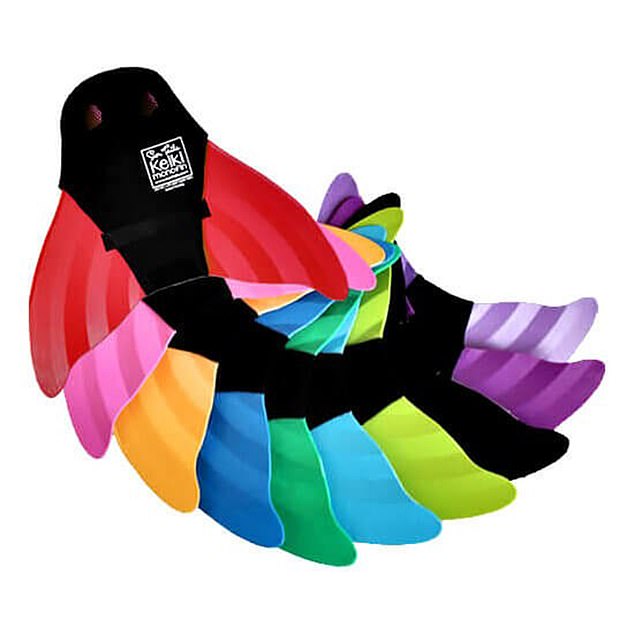 Children can channel their inner mermaid with these amazing flippers which cost £61.69

The yoga board for the ultimate balancing act

As if perfecting Tree Pose wasn’t hard enough, try doing it while standing on the wobbly, wooden Strobel & Walter Yogaboard. Its underside is curved to ‘intensify’ training, as engagement of the muscles is necessary for retaining your balance throughout the exercise routine. 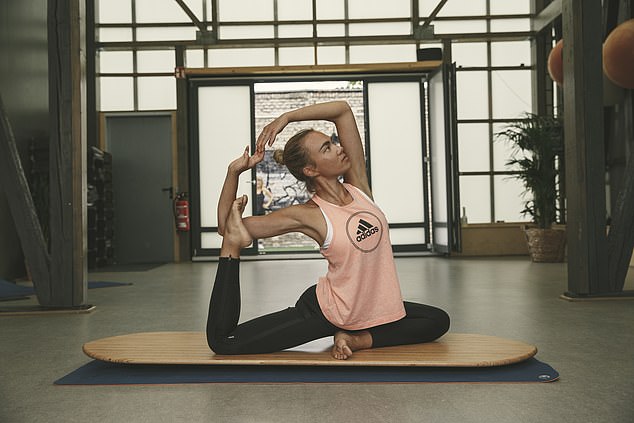 Protective outdoor gear… made by a 3D printer

Protect yourself while cycling or skiing with Patronace 3D-printed foam garments, available in an array of colours. The multi-layered textiles cushion a fall with three-dimensional honeycomb-style shapes, printed on the areas that cover knees and elbows.

Original+ bespoke skis are fitted with an artificial intelligence device to match your genetic make-up and physical data such as height, weight, gender and skiing style with information about every permutation of slope and snow to help you complete the perfect run every time.

Stop slouching in a posture T-Shirt

Can’t stop slouching? Slip on the Posture Reminder T-Shirt from Swedish Posture, a sleek under-garment that features intricately placed patches of Spandex that sit against the shoulder blades to gently nudge them together and roll them slightly back. If a wearer’s posture slips, the patches feel tight, making the position immediately uncomfortable and encouraging a change in stance.

Up your game with the world’s first smart ball

The world’s first ‘smart’ ball – the Kinexon iBall – is equipped with sensors that track how each player interacts with it. Everything from the speed and direction of passes to the force of shots can be monitored for analysis or displayed during a game. Available only to professional teams, but a consumer version is planned. 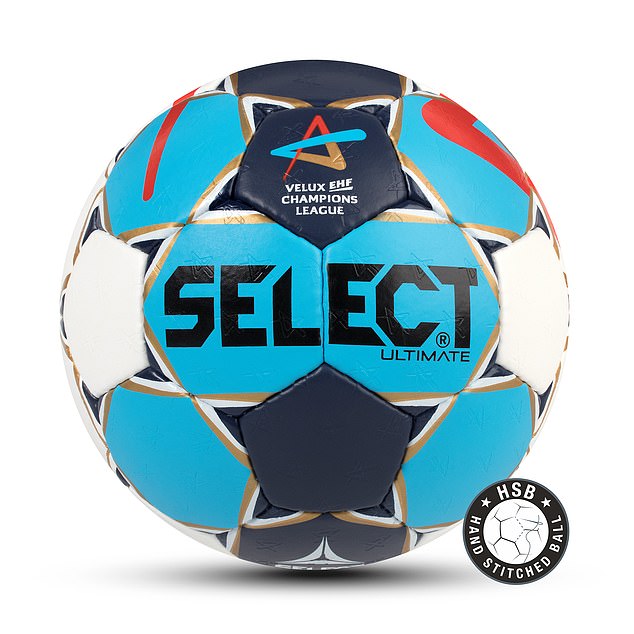 Get ahead with a ‘brainy’ helmet

A one-of-a-kind snowsports helmet, which received the coveted ISPO Innovation Award this year, the Flaxta contains sensors that, should the wearer take a tumble, pinpoint the areas of the brain affected and measure the force of impact to the surrounding areas, before printing out recommendations for treatments.

When strapped around aching calves, these high-tech pads, known simply as Spryng, stimulate and compress the muscles to boost blood flow while simultaneously reducing tension. Studies have shown the chargeable devices can reduce post-workout muscle strain by 70 per cent. 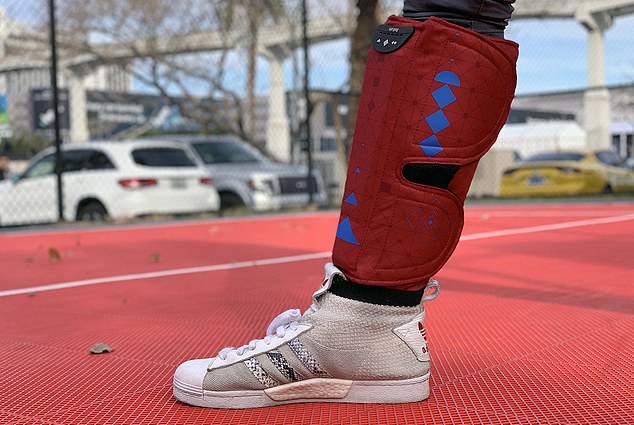