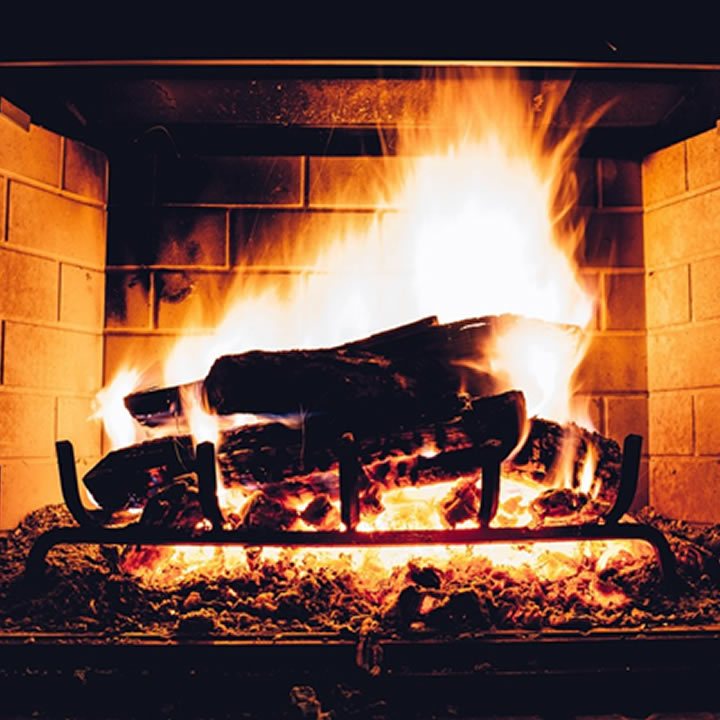 A fireplace or a hearth as it was called way back when, is a structure usually made out of brick, stone, or metal. It is usually placed in a key room in the house – or one where the home’s residents are mostly found together. Before HVAC units and artificial heaters were a thing, people used fireplaces instead.

Despite being considered “too traditional” when it comes to regulating the heat inside a home, a lot of homes are still equipped with a fireplace. Some homes prefer to have both an HVAC unit and a fireplace as well. People just can’t seem to get away from this old and tested method because of the benefits it has.

A problem that most people have with HVAC units is that they can be hard to understand at first. It’s a piece of technology that many people aren’t really eager to understand and learn fully. On the other hand, fireplaces are very easy to use and the heat can remain consistent all throughout as well.

First, you’ll have to place the three key components inside the fireplace grate. These are the kindling, newspaper, and of course, the logs. Once done, place the damper and then open a nearby window a few inches so that you get a natural draft to fan the flames.

Test of the draft is strong enough for the smoke to go up the chimney by lighting a match and checking if the smoke goes up. If it doesn’t, there may be cold air inside the chimney.

Remove this by holding a torch made out of newspaper up the chimney for a few seconds.

This process is important as the last thing you’d want is to have the fireplace’s smoke go into your house and not up the chimney.

Once it’s okay, simply light the kindling with a match and then let the natural draft fans the flames. A good fire with a ton of wood can last for 6 hours and possibly even longer depending on the type of wood that you have. What’s even great is that due to the design of the regular fireplace, you can get a fire going in a short amount of time.

A heating system or any HVAC unit for that matter can consume somewhere between 3000-5000 watts per day if it runs for about 9 hours. That can put a huge amount on your electricity bill. That’s not even considering the costs behind the maintenance of such systems.

On the other hand, you can get a large crate of firewood for around £159.00. Large crates like these are enough to last you for over a month. As per Buy Firewood Direct, the price of your firewood depends on many factors. This includes the type of wood used, and of course, the amount of wood you purchase.

Regardless, there are many places through which you can buy wood at an affordable price. If we’re looking at it from a broader perspective, using a fireplace to heat your home is and will always be more affordable as compared to using an HVAC system or any heating system for that matter.

Some people opt to get a log on their own if there’s a forest nearby. While possible, keep in mind that there’s a lot of science behind prepping the log used in fireplaces.

You don’t simply chop a tree, cut it down in size, and then immediately use it on your fireplace. It has to go through a process that dries it out completely – inside and out. If you have a drying shed in your backyard, then sourcing your own logs for an HVAC system is very possible and will cost you significantly less as well.

During the winter seasons, you can spend hours per day using an HVAC system. As you do this each day, your electric bill will pile up. If you use oil on your heater, then you have to consider the costs of these as well. On the other hand, a few pieces of logs can last you for an entire day already.

Always There When You Need It

One of the biggest downsides of modern HVAC systems is that they rely on electricity mostly. This means if there’s a power outage, the system has no way of regulating heat inside the home. Obviously, this isn’t something that you’d want to encounter during those cold winter months.

Over in the US in Texas, we saw what was a cold snap that saw temperatures dropping to record lows. To make matters worse, the weather affected the state’s electricity as well. People who relied on HVAC systems virtually had no way to warm themselves up during the cold snap.

This resulted in many problems such as broken appliances, health problems, and even casualties. It was very unprecedented, and it even affected thousands of homes in the state. However, those that still had used fireplaces in their homes had the means to warm themselves up.

Fireplaces simply rely on a fire source and that’s it. It doesn’t need electricity or any other utility for that matter. HVAC systems, on the other hand, rely solely on electricity. This means if the power goes out, the system has nothing else to rely on but the power company to restore the connection once again.

This kind of availability makes fireplaces a must especially for areas that experience extreme weather conditions such as storms and cold surges. These can affect power lines thus, making it very likely for people to be exposed to the cold during such serious weather conditions.

As it doesn’t consume electricity or oil, and it can effectively heat your home, fireplaces are considered an eco-friendly way to heat your home. The lack of fossil fuels in the process of heating with a fireplace makes it the prime choice if you live a lifestyle that cares for the environment which let’s be honest – everyone needs to consider living.

However, it’s worth noting that the smoke coming from the chimney does have adverse effects on the environment, but these are minimal. You’ll still be causing the environment more harm by using HVAC units and heating systems that consume energy and fuel.

As for the logs used in starting the fire in the fireplace, these are renewable sources of energy. Companies also take the right measures to ensure that their practices are as sustainable as possible because they understand how important trees are for the environment.

The only maintenance a fireplace really needs is cleaning the chimney. You should have this done at least once a year. Ideally, you wouldn’t want your chimney to be filled with a thick layer of ash as this can prevent the smoke from coming out effectively. Of course, it’s also important to have the chimney checked for any obstructions within.

On the other hand, HVAC units have many parts – most of which can break over time through regular wear and tear.  Aside from the fact that the problems happen occasionally, you also have to consider that the price of having these parts replaced is a bit heavy too.

With proper maintenance, an HVAC unit can last you for at least a decade before it officially breaks down on you. On the other hand, a fireplace can last you a lifetime with the right maintenance.

An often overlooked benefit of a fireplace is that it actually looks great in your home. It adds a touch of the pre-modern era to your home’s aesthetic. Contractors can be creative with the design of your fireplace too. A fireplace offers a timeless touch to your home that no other HVAC can give.

It Heats A Room Efficiently

One of the best parts of a fireplace is that it can heat a part of the house effectively. In some cases, your HVAC unit won’t be able to do this especially if it’s experiencing certain problems. The best place to put your fireplace in is inside the living room/

Seeing as this is the part of the house where the family spends most of their time together, it’s the perfect place to put your fireplace in. Even if the fireplace is small, it can heat up a large living room without any problems.

Precautions When Using A Fireplace

There are downsides to using a fireplace though. The biggest downside is obviously the fact that it’s a fire hazard. If you don’t take care of the fireplace and the fire properly, you could end up starting an uncontrollable fire which can of course destroy your home in a matter of time.

The good news is that such problems are very avoidable. Moreover, fireplaces are designed to be safer than they used to be as well. Still, here are a few precautions that you should take when using your fireplace. 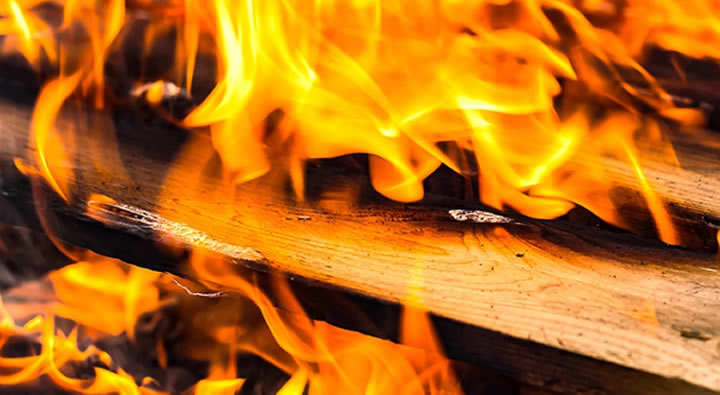 A fireplace comes with more benefits than you think.  Before getting a new HVAC unit or heating unit installed, try to consider getting a fireplace instead. It’s a great and lasting addition to your home that doesn’t take as much maintenance as other ways to regulate the heat inside the house. It’s a big plus that these are great visual additions to your home as well.