One of Australia’s most historic homes has hit the market, after extensive renovations to revive the 19th century building into an award-winning residence.

The Annandale Abbey in Sydney’s inner-west has been listed for expressions of interest and is expected to sell for about $15 million.

The Victorian gothic manor, known for its detailed stonework and picturesque views of Sydney Harbour and the city skyline was restored by its current owners: Ann Sherry, chair of the marketing network Enero Group and former Carnival Cruises chief executive, and her husband Michael Hogan. 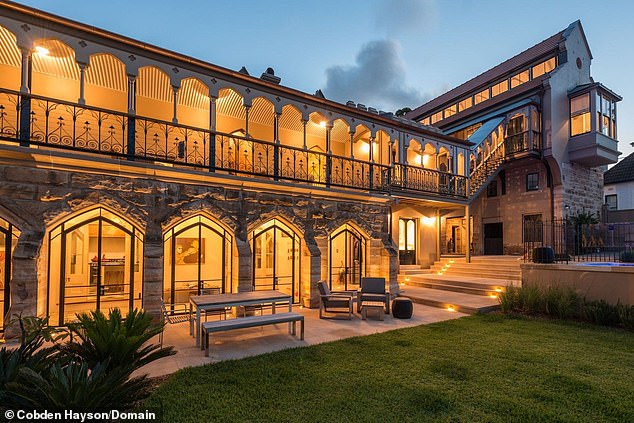 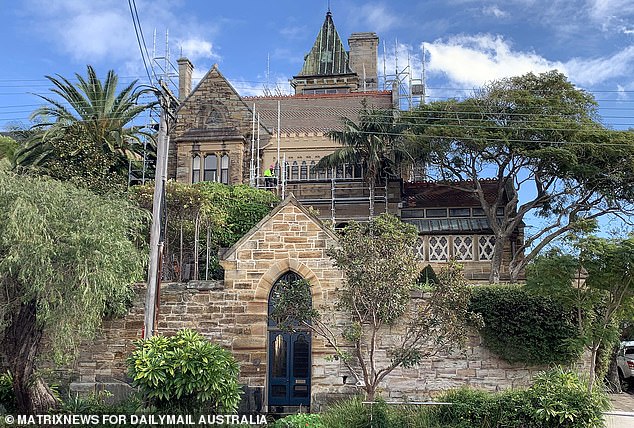 In 2020 Ann Sherry copped criticism while working as an advisor to Carnival Cruises, when the Ruby Princess let released Covid infected patients in Sydney (pictured, The Abbey)

Ms Sherry was instrumental in turning around the cruise industry in Australia, successfully surpassing a goal of getting a million Australians onto a cruise ship by 2020, but she did draw some criticism after the Ruby Princess fiasco which caused Australia’s first Covid outbreak.

The property, which was posted for sale on Tuesday, was initially purchased by the couple in 2009 for $4.86 million, and they had undertaken extensive renovations to modernise it.

The sprawling mansion was built in 1881 with 1309 sqm of heritage listed land and an extravagant conical or ‘witches-hat’ roof atop a tower.

‘It is truly a piece of Australian history that’s for sale and will likely set a record for Annandale,’ Cobden & Hayson agent Danny Cobden told The Australian. 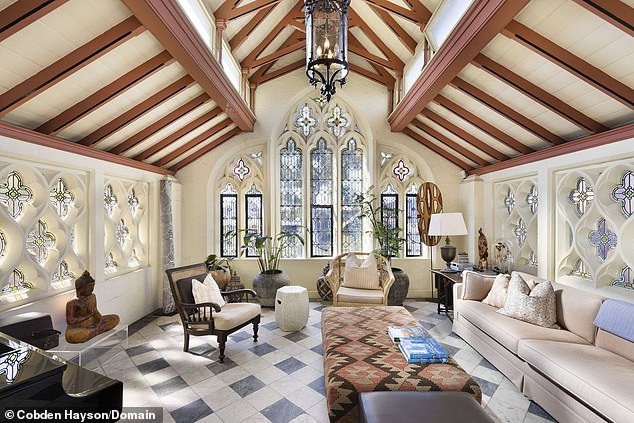 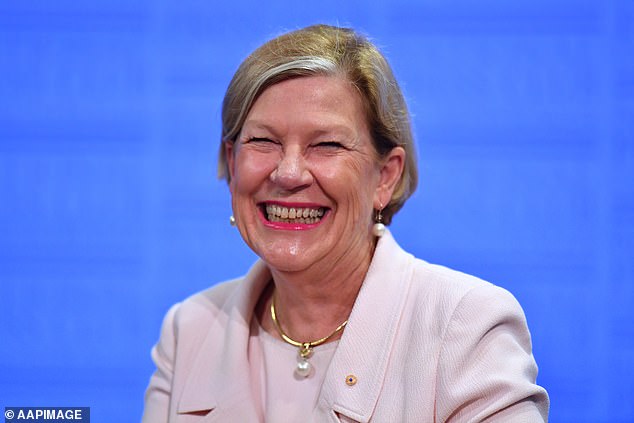 Ann Sherry (pictured) and her partner extensively renovated the property, and in 2015 won the National Trust Heritage Award for their restoration efforts

The couple invested millions into the building’s renovations from 2010-2014 and again in 2020; winning the National Trust Heritage Award for their restoration efforts in 2015.

‘The Abbey was built by John Young, probably one of the most famous Victorian era builders, who is responsible for St Mary’s Cathedral, Sydney University and many others,’ Mr Cobden said.

‘He built the home as the best of the witches-hat houses in that row and the property has had an extensive renovation from 2010 to 2014 to bring it into the modern day standard.’

The home has five to six bedrooms in the main residence, while the former coach room and stables have been developed into a separate three bedroom building with its own entrance. 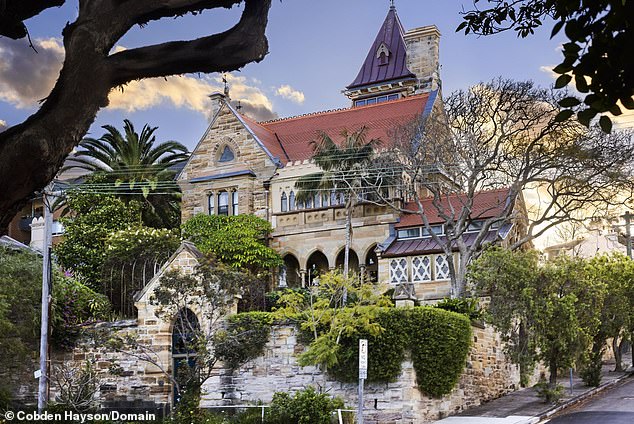 The couple purchased the property (pictured) in 2009 for $4.86 million, boasting five to six bedrooms, a wine cellar, a gym and panoramic views of Sydney 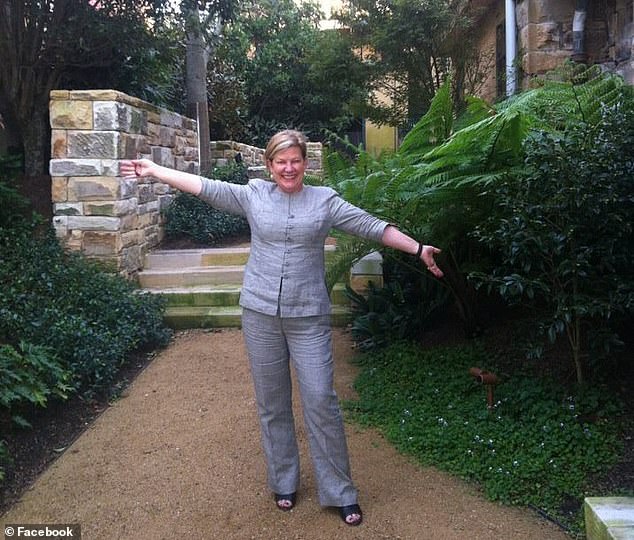 The historic property was used as accomodation for working class families in the 1920s, but is now a lavish property boasting a family kitchen, dining areas, a music room and a master bedroom with an ensuite.

The residence also has high ceilings and a wine cellar, a gym, a heated outdoor pool, a turret room and gardens designed by famous landscape architect William Dangar.

Along with all its brilliant features, the design is said to be ‘timeless’. 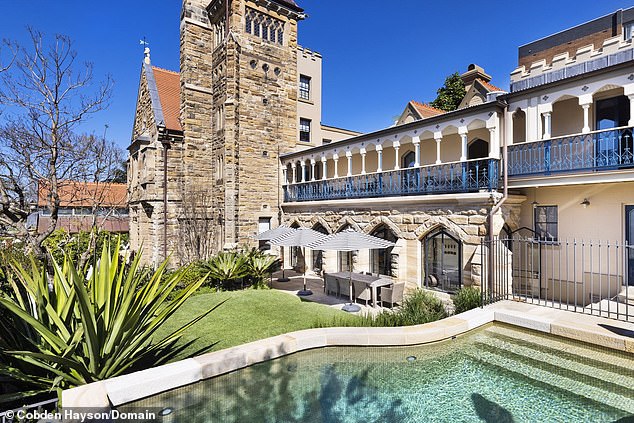 In 1959, surgeon Geoffrey Davis bought the property and was said to be a part of the bohemian movement, throwing wild parties for Sydneysiders.

In May 2020, owner Ann Sherry came under fire following the Covid outbreak that arose from the Ruby Princess docking in Sydney Harbour and releasing infected passengers.

The Ruby Princess was operated by Princess Cruises which was a subsidiary of Carnival. 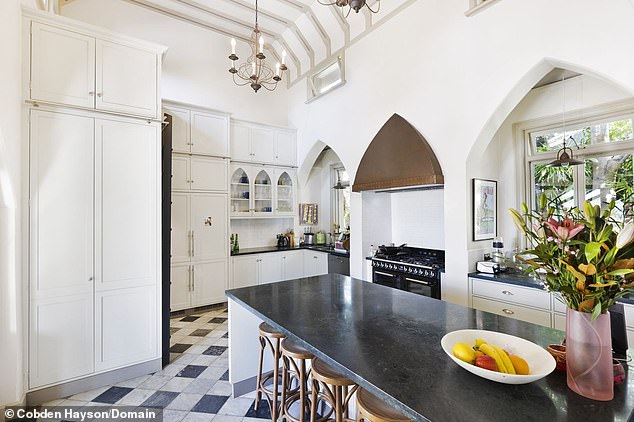 2GB breakfast host Alan Jones slammed her for uncharacteristic position out of the limelight.

‘Not a word from her! She’s renowned to be front and centre.’

Journalist and commentator Janine Perrett tweeted that it was ‘interesting’ Ms Sherry ‘who is usually keen for media spotlight has been missing thought the Ruby Princess fiasco.’

However Carnival said Ms Sherry was no longer serving as the chair of the company at that time but was only an advisor.