The Apprentice advisor Karren Brady has given a hilarious insight into the eagerly anticipated new series of the reality show.

Karren, who returns alongside Lord Sugar and new advisor Tim Campbell for the show’s 16th series, discussed the chaotic opening episode during an appearance on Tuesday’s This Morning.

A clip was shown of the BBC show showing the contestants coming up with a questionable name for their cruise liner company – with Karren, who was appearing via video link from the Maldives, saying: ‘It goes from bad to worse. This opening episode is back with a bang.

In the firing line: The Apprentice advisor Karren Brady has given a hilarious insight into the eagerly anticipated new series of the reality show (pictured Karren, Lord Sugar and fellow advisor Tim Campbell)

‘It’s really back to its best. We’ve got new things, a visit from a familiar looking tooth fairy when they devise a kid’s toothbrush.

‘All sorts of other things, including inventing a new videogame, we actually do a tourism task for Wales which involves Europe’s longest zipwire.

‘And I had to go down it, but I wasn’t as scared as the candidate who was screaming their head off in fear. It was a lot of fun.’

The new series marks the eagerly anticipated return of the show after it was forced off-air for two years due to the pandemic. 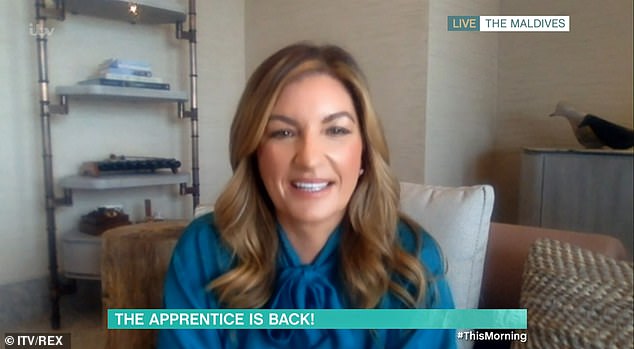 Banter: Karren, who returns alongside Lord Sugar and new advisor Tim Campbell for the show’s 16th series, discussed the chaotic opening episode during an appearance on Tuesday’s This Morning

Asked what makes a perfect candidate, Karren said: ‘The 16 candidates all think they are the best, until they work out that they are not.

‘The successes, you’re talking about people with one dream. To own their own business. Not only do they get a cheque for £250k directly from Lord Alan’s pocket, they also are mentored and partnered with him. For that important help and guidance.

‘They all want to win and live that dream. They are fiercely passionate. The Apprentice does some incredible things to people. It takes you out of your comfort zone and encourages you do to things you’ve never done before.

‘I think people love watching it and it’s a case of asking why would you choose that as your logo, your name, or that’s very clever. I think they like to see people’s thought process. 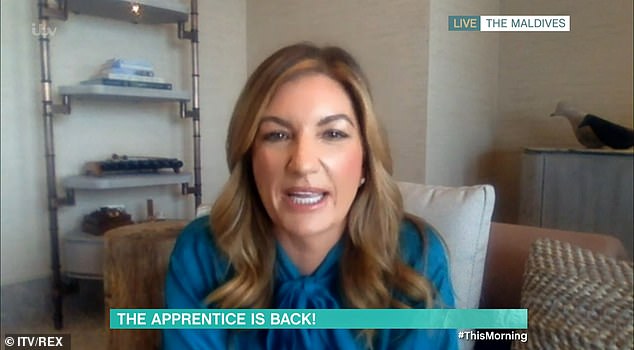 Blunders: A clip was shown of the BBC show, with Karren, who was appearing via video link from the Maldives, saying: ‘It goes from bad to worse. This opening episode is back with a bang’

‘So sharing his knowledge and investing in people is something that he really believes in. It’s a great opportunity.’

The full lineup for the 2021 series of The Apprentice has finally been released ahead of the show’s return this week after being rested for two years due to the Covid pandemic.

A former rugby player, eco warrior, a ‘witch school’ graduate and the self-dubbed ‘Asian version of Lord Sugar’ lead the diverse 16-person group who will be battling it out in the boardroom in a bid to nab Lord Sugar’s £250,000 investment in their business.

THE APPRENTICE 2022: MEET THE WOMEN 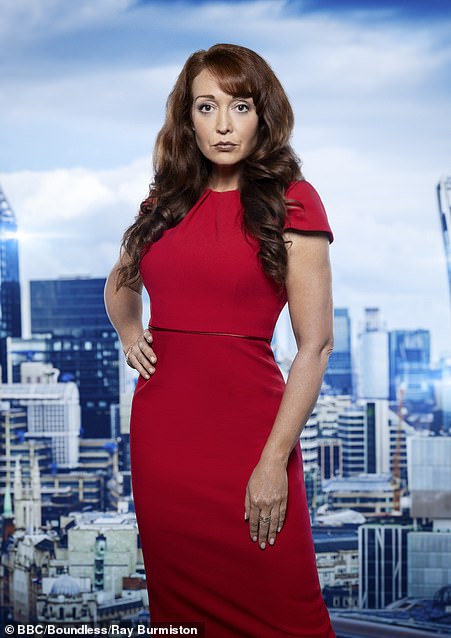 Key information: Starting her beauty business a little later in life, Amy has now found what she really loves doing after previously working in sales, showbiz and jingles. 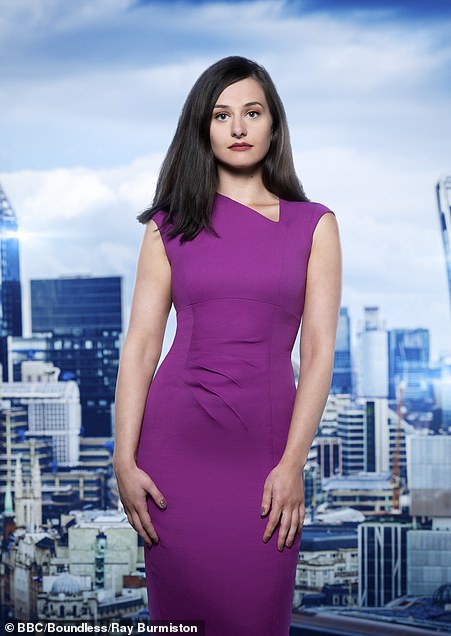 Key information: Brittany is looking to break away from her hotel role and launch the first alcoholic protein drink, with Lord Sugar’s help.

She says: ‘My motto for life is ‘always look on the bright side’ 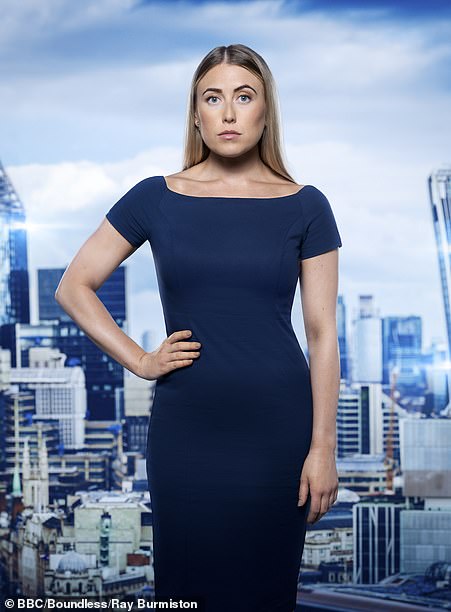 Key information: The eco-conscious, mathematics graduate is looking for investment in her next venture, providing a product carbon footprint service for businesses with a simple equation of her own creation.

She says: ‘There’s two types of people in the world- people that say they are going to do things and people that actually do them and I’m a doer’ 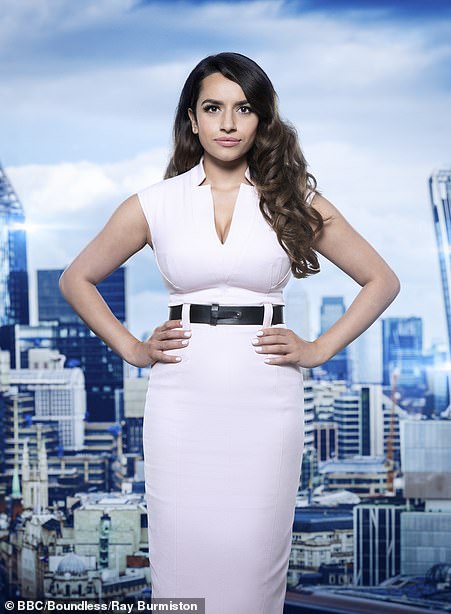 Key information: Describing herself as a born leader, fearless and funny, Harpreet plans to ‘level up’ her successful, six-figure coffee and cakes business to become a leading brand in the UK.

She says: ‘I’m definitely not in business to make friends. I’m here to make money, and I’m sure Lord Sugar isn’t looking for a new mate. 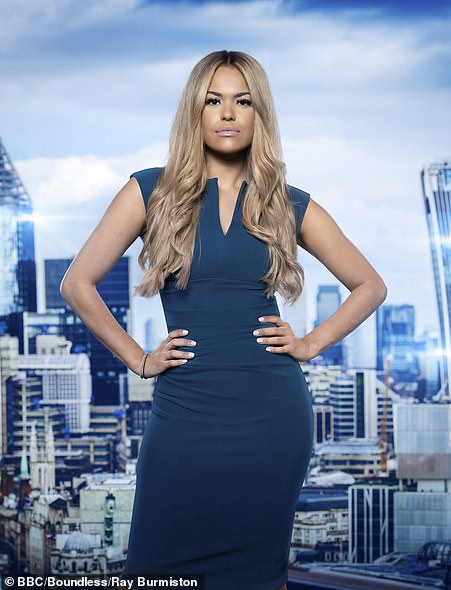 Key information: Kathryn has worked a wide range of jobs from mortgage advisor to events manager. Describing herself as ambitious, kind, and often ‘savage’, she says she’s there to win, not to make friends.

She says: ‘My dreams in my head are absolutely huge and I believe I can achieve them.’ 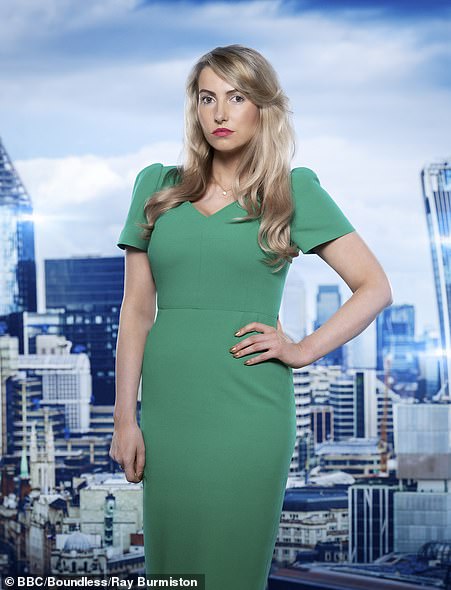 Key information: Describing herself as ‘magical and enchanting’ Sophie even has a witch school qualification. She previously worked in sales and has huge renovation plans for her bar.

She says: ‘Failure is not an option. Winning is part of my DNA.’ 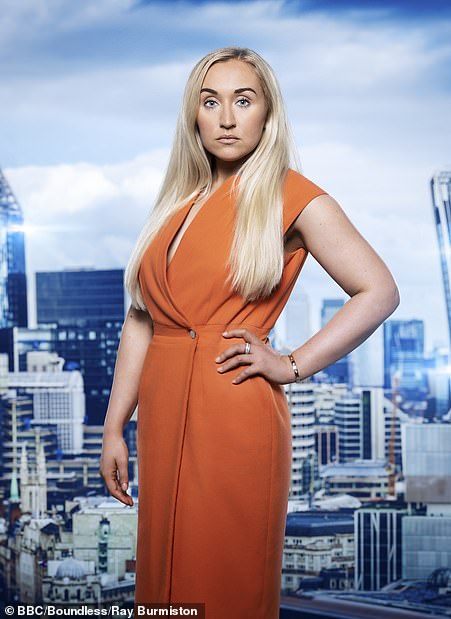 Key information: With her East-London roots, the blonde is hoping to bond with Lord Sugar and match his no nonsense attitude towards business. She’s looking for funding to develop her designer store and be part of the growing pre-loved fashion industry.

She says: ‘I’ve got grit, determination and I’m determined to be successful.’ 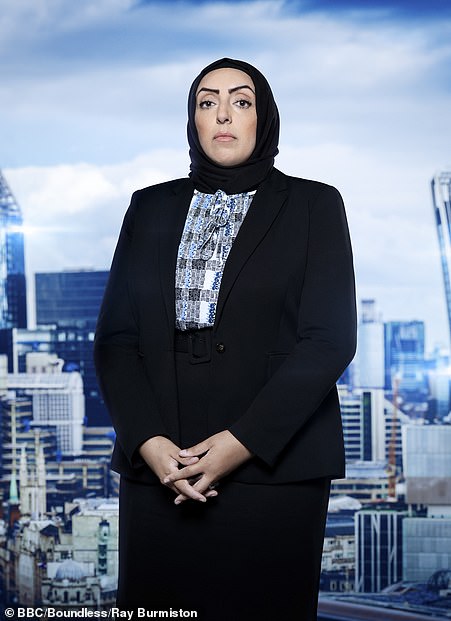 Key information: Shama already has a busy work life running her children’s day nursery as well as juggling life with five children at home. She is ready to prove she has the ‘skillset that is required to be one of the best, successful businesswomen in the early years sector.’

She says: ‘Being a lady of colour, wearing a headscarf as well and the challenges that we face on a daily basis, I just want to be a living example for the Asian women out there.’

This year’s group features eight women and eight men from a wide range of business backgrounds, with specialists in online pyjama sales, the retail industry and the food and drink market set to make their screen debut when the series launches on Thursday.

The contestants – who BBC bosses insisted were all double vaccinated before taking part in the series – are set to face the toughest challenges ever due to many businesses across the UK having been negatively affected by the pandemic.

Amstrad mogul Lord Alan, 74, is joined by longtime ally and advisor Karren and series one winner Tim, who is replacing Claude Littner for the series while he recovers from multiple surgeries following a serious E-Bike accident.

The hit BBC show is now in its 16th season, having began in 2005 as a groundbreaking show which featured some of the country’s best young business minds hoping to secure a job with the then Sir Alan.

However the programme has slowly turned into a more reality TV-inspired fare, with big personalities gloating irreverently about their skills in business.

Over the years, Lord Sugar has invested close to a staggering £3million into winning pitches and this year’s ambitious entrepreneurs will be doing their utmost to prove they mean business as they fight it out for the life-changing investment opportunity.

Comedian, writer and actor Tom Allen returns as host of The Apprentice: You’re Fired, which will air each week on BBC Two straight after the main show.

Casting a wry eye over each week’s events, Tom will be joined by a host of celebrity fans and business professionals to dissect and debate the candidates progress through each task.

Two special episodes, The Final Five and Why I Fired Them, will also return to reveal the stories behind the series before the finale.

The Final Five reflects on the journey of the candidates who make it through to the interviews, before they battle it out to secure their place in the final. Before the series finale, Lord Sugar will also reveal a further insight into his boardroom decisions in Why I Fired Them.

The Apprentice starts this Thursday, January 6 at 9pm on BBC One, followed by You’re Fired on BBC Two. 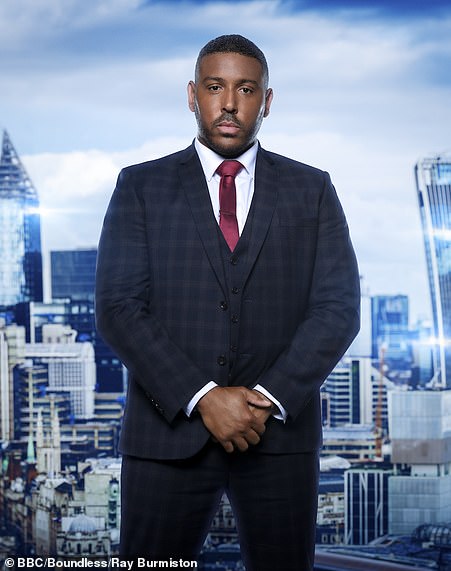 Key information: Having served in the RAF for 12 years as Flight Operations Instructor, Aaron has set out to start his own security business.

He says: ‘My strongest point is that I can sell to anybody and I think that’s the reason why my business will be a success, because people will buy from me.’ 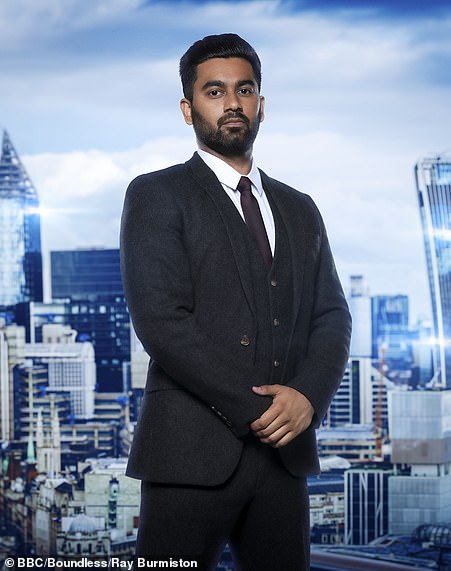 Key information: Referring to himself as a man who believes sleeping is a ‘waste of time’ he also claims his first word as a newborn was ‘profit’.

He says: ‘My friends call me AK 47 because I’m a killer salesperson.’ 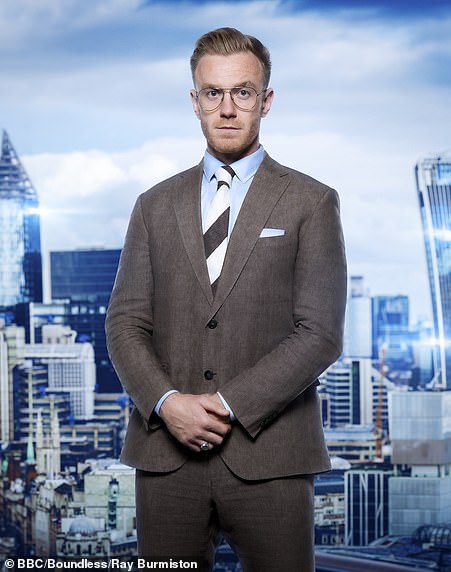 Key information: Hard working and ‘hyper motivated by money’, ex rugby player Conor describes himself as a ‘corporate panther’ with a record for getting deals done and who will win this series. 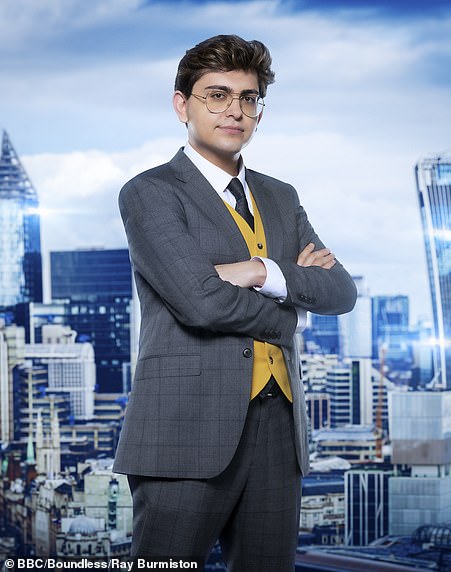 He says: ‘Nothing intimidates me because I just feel like I’m a strong character, strong person, strong mindset.’ 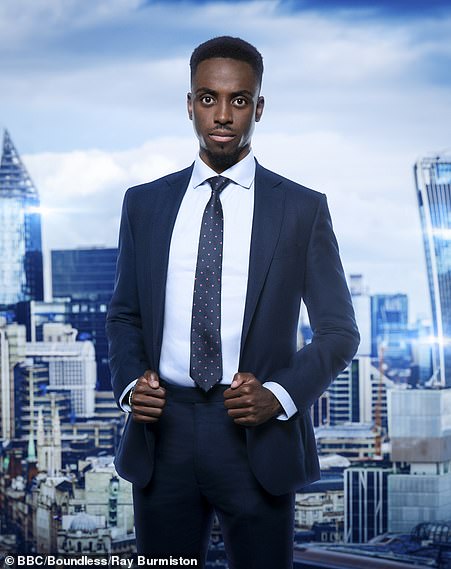 Key information: Akeem considers himself a people’s person who loves being around others, however as a ‘numbers guy’, his analytical ability often causes him to think carefully about his every move, as he claims he will come in with a ‘calculated point of view.’

He says: ‘My growing up has made me who I am, I’m able to converse with everyone, but also able to show that financial, business side to myself.’ 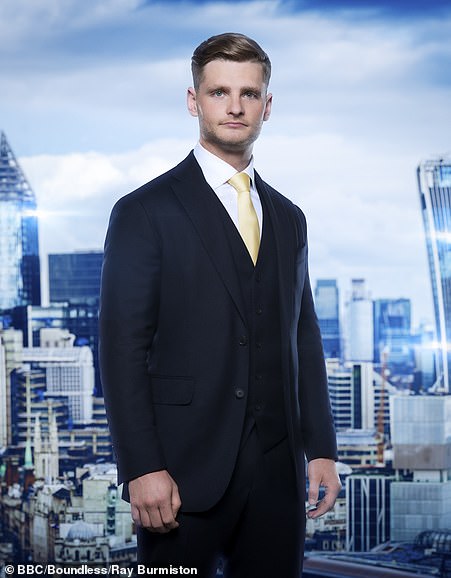 Key information: With big goals for his commercial cleaning business, Alex is driven, focused and is ‘not going to stop’ until he gets where he wants to go.

He says: ‘I would compare myself to a Ferrari, shiny on the outside but under the bonnet, there is a lot of fire and I’m coming for you.’ 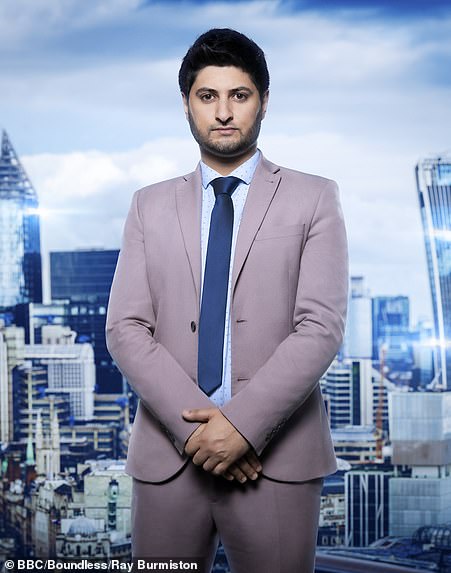 Key information: Inspired by the kindness of his grandparents, Harry wants to help and support people. 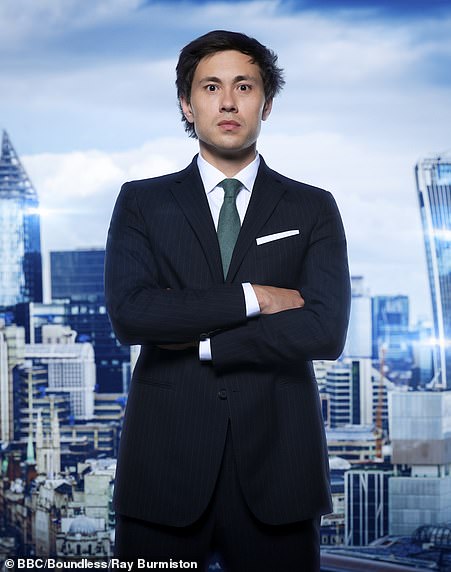 Key information: After ‘working in the shadow of his family’s business’, qualified accountant Nick hopes to make a name for himself in the drinks industry with his line of flavoured water.

He says: ‘In business I’m a bit of a force to be reckoned with I know what I’m talking about, I know how things work, and I’m extremely experienced So, I’m a bit of an animal in the boardroom’