By Xindi Wei For The Daily Mail

‘I’ve been trying to retire for at least a year,’ she told The Daily Telegraph.

‘They didn’t want to lose her character. Every time I tried to stop, they gave me more episodes.

‘The idea was that the country characters having to explain things to Peggy educated the listeners.’

Original star: June Spencer (pictured), the voice of Peggy Woolley in The Archers, was the only member of the original cast

Miss Spencer, whose husband Roger Brocksom died in 2001, has already taped her last episodes, which were broadcast on July 31.

They were recorded from a custom studio at her Surrey home, to save her commuting to the show’s Birmingham base.

Mrs Woolley has not been officially removed from the show, and Miss Spencer admitted she didn’t know how she would be written out. 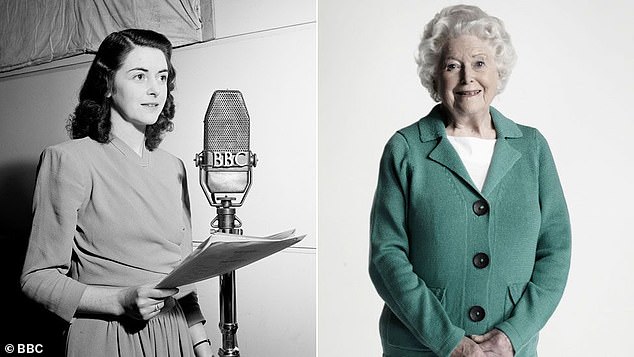 Miss Spencer’s last episodes were broadcast on July 31. Pictured on the left in 1950 recording a pilot for The Archers and on the right in her current handout picture from 2010

‘The simplest thing is if [Peggy has] a fall or something and goes into The Laurels [the fictional Ambridge care home],’ she said.

‘She can languish for years there.’