Revealed: The one area of Sydney still stuck in ultra-hard lockdown despite having fewer active cases than the north shore or eastern suburbs where locals can bake on the beach all day

An area of Sydney’s inner west is still in a hard lockdown despite having fewer active cases than wealthy postcodes on the north shore and eastern suburbs.

Burwood council has 41 active cases, far fewer than many beachside suburbs, but despite that, residents were still subjected to a two-hour daily exercise limit and until Wednesday a 9pm to 5am curfew.

By comparison, people in Bondi are free to take long coastal walks anywhere in their local council even though Waverley has 46 active cases.

The neighbouring Randwick council, covering Coogee, has 329 active cases but residents there retain more of their freedom.

It also has even fewer cases than Hornsby council, which has two national parks and semi-rural pockets, with 57 active cases.

This inner-city area has significantly fewer cases than the northern beaches, stretching 30km from Manly to Palm Beach, which is home to 63 active cases.

Despite so few case, the Burwood council area remains one of 12 councils subjected to a stricter lockdown along with Bayside, Blacktown, Campbelltown, Canterbury-Bankstown, Cumberland, Fairfield, Georges River, Liverpool, Parramatta, Strathfield, and some suburbs of Penrith.

On the NSW Covid map, Burwood is coloured orange, like the eastern suburbs and parts of the north shore.

But the small council neighbours the Canterbury-Bankstown council with 2,792 active cases.

Its other neighbours also many cases with 173 in Strathfield, 102 in Canada Bay and 190 in the Inner West council, a gentrified area stretching from Ashfield to Annandale. 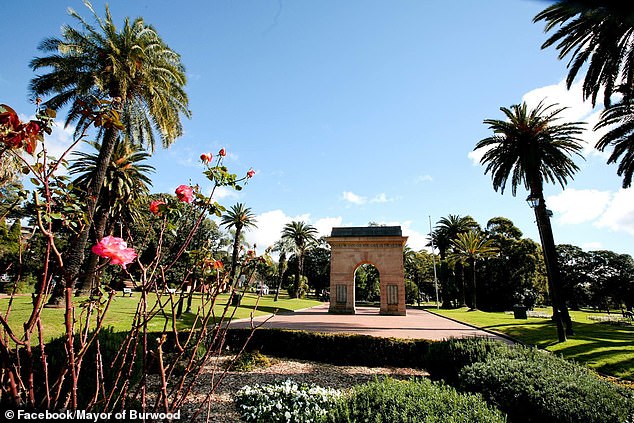 Burwood council has 41 active cases, a level lower than many beachside suburbs, but despite that, residents are still subjected to a 9pm to 5am curfew and a 5km limit on leaving home for exercise (pictured is the main park at Burwood) 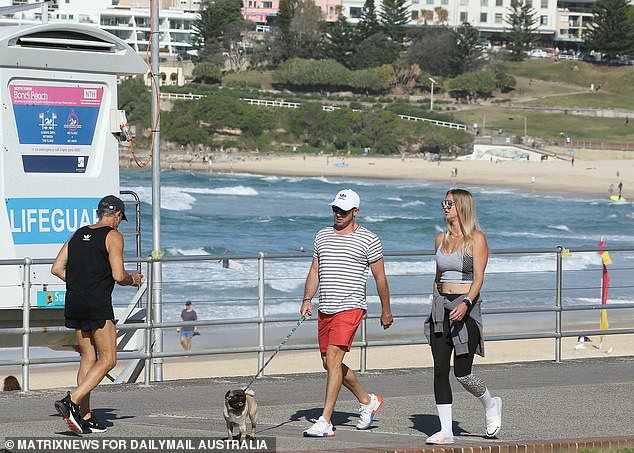 By comparison, people in Bondi (pictured) are free to take long coastal walks anywhere in their local government area even though the Waverley LGA is home to 46 active cases

The harsher restrictions in areas with fewer cases were used to argue stricter rules should be imposed a suburb-by-suburb basis instead of entire councils.

The state government is reportedly considering replacing the council-wide restrictions in favour of focusing on individual suburbs.

On the northern side of Sydney, Epping is in a harder lockdown despite having just seven active cases because it falls within the Parramatta council area.

But residents of North Epping, which shares the same postcode, are free of these restrictions because they are part of the Hornsby council.

That means they can travel up to 57km away for exercise at Wisemans Ferry under rules allowing recreational activity anywhere within an LGA outside a hotspot. 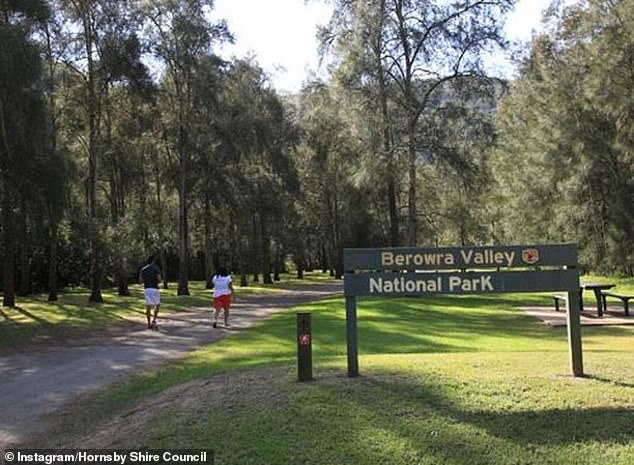 The Burwood area also has even fewer cases than the Hornsby council area, the home of two national parks and semi-rural pockets, which has 57 active cases (pictured is Crosslands Reseve in Berowra Valley National Park)