REVEALED: The baby names nobody wants to call their kids anymore – and those making waves in the top 100 in 2021

The baby names that have entered the top 100 for the first time have been revealed, as well as those that no parent wants to use in 2021.

New findings by McCrindle Research highlighted that there were 10 girls’ names including Adeline, Maeve and Molly that entered the top 100 in 2020, and these pushed out 10 others including the likes of Madeleine, Chelsea and Victoria.

There were also five new boys’ names including Luka and Lennox, and these names entered at the expense of monikers like Aaron and Christian.

The baby names that have entered the top 100 for the first time have been revealed, as well as those that no parent wants to use in 2021 (stock image)

The trend-watchers collated and analysed the most commonly chosen names in all Australian states and territories over the past year and decade.

McCrindle found that non-traditional girls’ names like Remi, Harlow, Hallie, Adeline and Delilah were on the rise in the past 12 months, as well as more conventional choices like Maggie, Maeve, Molly, Eliza and Isabel.

The five new boys’ names were Leonardo, River, Luka, Lennox and Lewis, while Christian, Aaron, Nate, Jake and Tyler fell out of the top 100.

‘Among some of these new, emerging names we see the trend of girls’ names ending in a vowel or vowel sound, and botanic influences and colours,’ social researcher Ashley Fell said.

‘We also see celebrity influences, with Luna growing in popularity since John Legend and Chrissy Teigen’s daughter Luna was born in 2016.’

She continued: ‘There is also the trend of shortening names and adding an “ie” on the end.

‘Shorter boys’ names ending in an “O” like Leo, Hugo and Arlo are also on the rise for Generation Alpha.’ 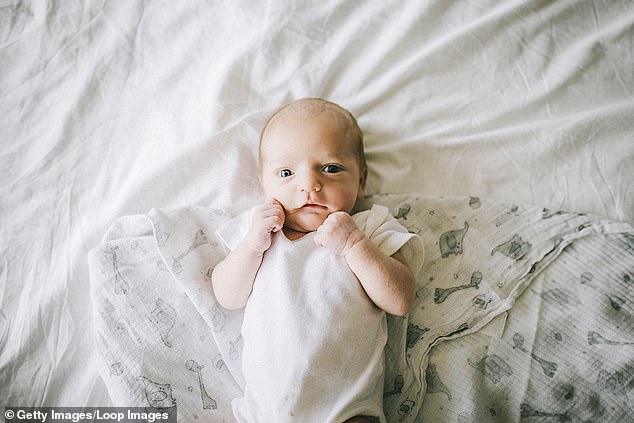 Boys’ names including Lennox, River and Leo were on the rise in 2020, at the expense of names like Aaron and Nate (stock image)

McCrindle also highlighted the monikers that have enjoyed the greatest rise between 2010 and 2020 and the names that have suffered the biggest fall in the past 10 years.

Willow, Hazel and Violet for little girls have all made significant leaps in the top 100 for girls, while Leo, Theodore and Hudson have become more popular for little boys born between 2010 and 2020.

Names that have experienced the biggest fall in rank over the past decade include Sarah, Maddison, Lara, Dylan, Matthew and Luke.

It was also bad news for lovers of the name Claire or Dylan; both of which have also suffered two of the biggest falls of the past decade.

To find out more about the top 100 names for baby boys and baby girls, you can visit the McCrindle website here.