The Bachelor beauty secrets revealed: From weekly tanning sessions to over 1,000 dresses

The Bachelor’s leading ladies are groomed to perfection each and every episode.

And their flawless appearances on the Network Ten dating show come at the hands of a huge team of talented people.

While the contestants are required to dress themselves for dates and day shoots, everything else is like a military operation behind the scenes.

The Bachelor beauty secrets revealed: Fake tan sessions once a week, private gym in the mansion, 100 designers, thousands of dresses and hair and make up artists visit each week

During a recent exchange on Facebook, eliminated hopeful Christina Karklis revealed that a beautician visits the mansion once a week to do spray tans.

The 23-year-old also claimed that every week a team of hair and make up artists are drafted in to prepare the women for the cocktail parties and rose ceremonies.

‘Very blessed’: During a recent exchange on Facebook, eliminated hopeful Christina Karklis revealed a beautician comes to the mansion once a week to do spray tans 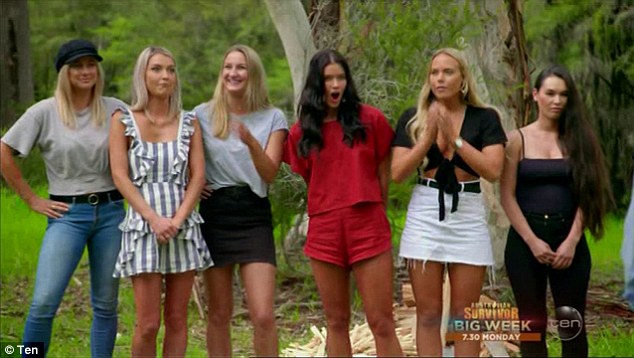 Best of the best: The 23-year-old also claimed that each week a team or hair and make up artists are drafted in to prepare the women for the cocktail parties and rose ceremonies 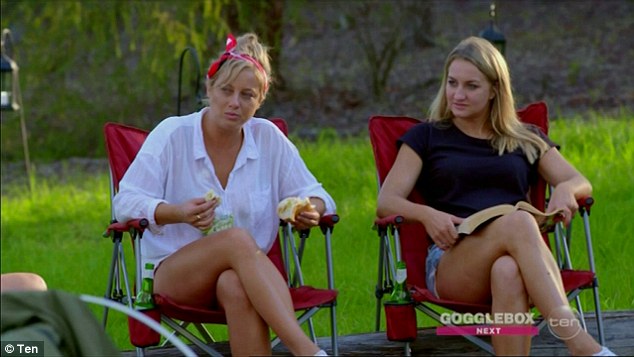 Your own responsibility: However, the girls have to groom themselves for ‘dates and day hangs’ themselves

And when it comes to the fashion, top freelance TV stylist Kim Hurwitz is in control of dressing the ladies for cocktail parties and rose ceremonies.

With 25 girls to look after this season, Kim recently revealed in an Instagram post she had a team of three stylists to assist her – and they used over 100 designers while battling through thousands of dresses behind the scenes.

She wrote: ‘Thank you to all the TALENTED designers for being apart of this season (there was over 100!)… and to my awesome team for keeping me sane amongst the 1000’s of dresses!’ 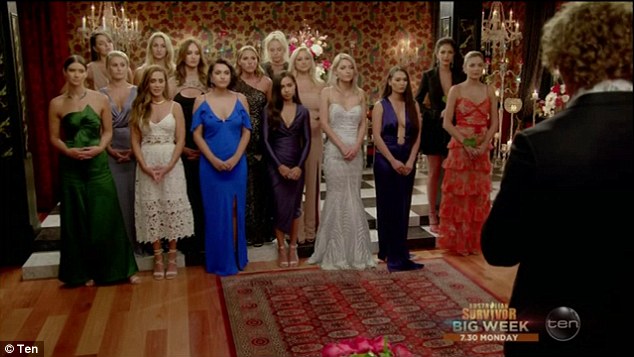 Lots of work: Top freelance TV stylist Kim Hurwitz takes control and recently revealed she has three assistants and they battled through ‘thousands of dresses from 100 designers’

Throughout Nick’s season of the show, Kim has been dressing the girls in everything from thousand dollar gowns to budget high street bargains.

During Wednesday’s episode, front-runner Sophie Tieman wore a designer dress worth a staggering $1,087, while Rhiannon Doherty donned a $44 two-piece.

Sophie wore a Nicholas rosie tiered embroidered lace gown with trimmed with ruffles and tiered skirt, which retails online for $1,087.56.

In the same episode, it was revealed Rhiannon was wearing much cheaper two-piece by Sydney based retailer, Showpo.

Kim and Helen, and their assistants, also took care of grooming Nick on the show. 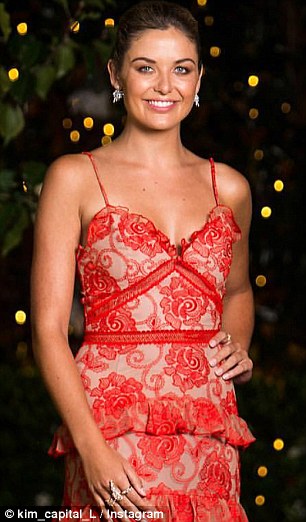 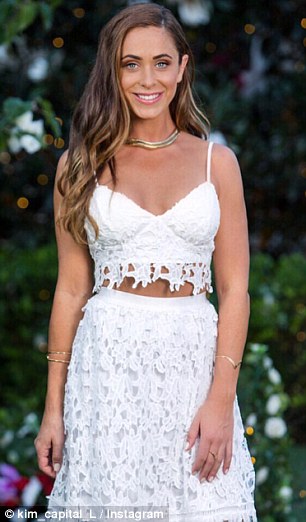 However, there isn’t always someone on hand to help them glam up for Nick ‘The Honey Badger’ Cummins.

‘We have to do dates/day hangs ourselves,’ Christina added while stating that the girls are required to do their own hair and makeup during the day.

Ensuring the girls are each in top shape for their starring TV roles, there’s also a secret gym inside the Network Ten mansion they each live in.

Daily Mail Australia understands that the fitness facility is available 24/7 for any of the ladies when they are not required on camera.

Some of the girls also enjoy taking daily hikes around the grounds of the Oxford Falls mansion they’re filming at to keep themselves toned up. 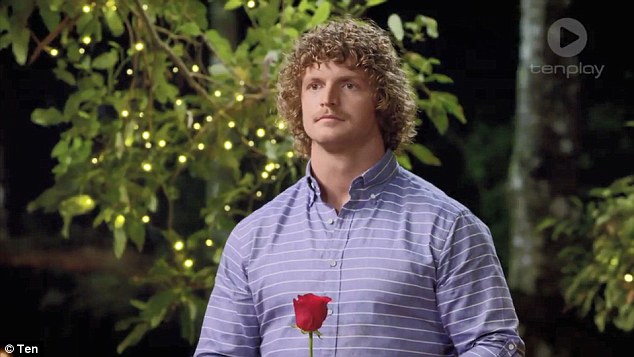 Looking good: Nick also received top treatment from the stylists and hair and makeup artists drafted in for the show