A former Bachelor contestant has denied being in a relationship with Geelong star Jed Bews.

There had been rumours circulating for the past week that Brooke Blurton had joined the ranks of Australia’s football WAGs.

But the 25-year-old has shut down the gossip, saying there is another explanation for why she was pictured with Jed, 27, at Cats games. 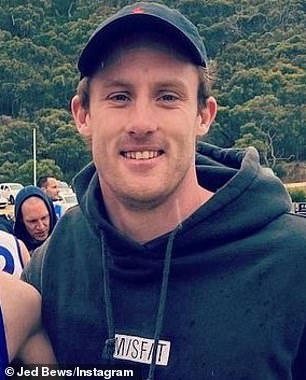 Clearing up the rumours: Former Bachelor contestant Brooke Blurton (left) has denied being in a relationship with Geelong star Jed Bews (right)

Brooke told the Herald Sun she was actually at the games supporting her cousin, Geelong midfielder Quinton Narkle.

The youth worker told the newspaper she was just ‘really good friends’ with Jed.

‘You be photographed with a footballer or with any girl, like I was with [singer] G Flip, and people want to assume you’re automatically linked. But I’m not dating,’ added the pansexual reality star. 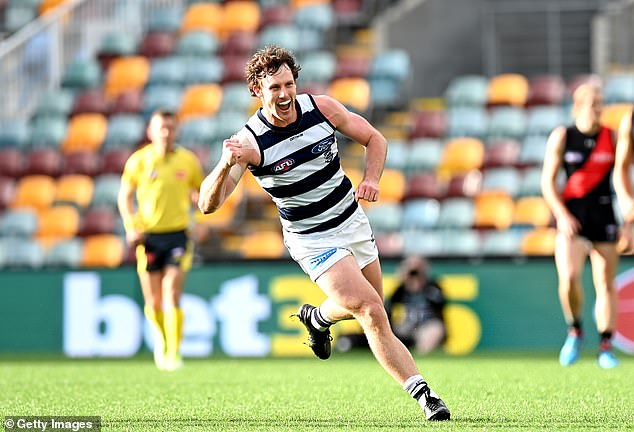 Gossip: Brooke shut down the gossip, saying she was pictured with Jed (above) at Cats games because she was supporting her cousin Quinton Narkle, who is a midfielder for the team

Rumours of a romance emerged on Saturday, with the Melbourne press reporting Brooke and Jed had been spotted out and about together.

The two women had attended Sydney’s Gay and Lesbian Mardi Gras with each other and even celebrated Valentine’s Day together. 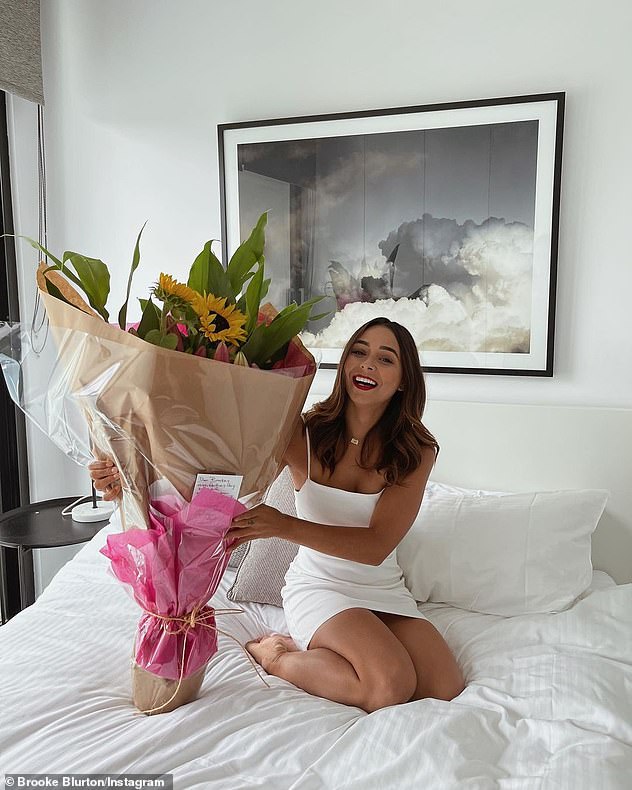 Romantic: Brooke and the Drink Too Much hitmaker also exchanged flowers for Valentine’s Day

Meanwhile, Brooke’s interactions with Jed seem to be mostly friendly and not of a romantic nature.

For example, the Bachelor in Paradise alum recently wished the footy player ‘good luck’ ahead of a game and made a joke about his dog.

Brooke is pansexual and has dated men and women in the past. 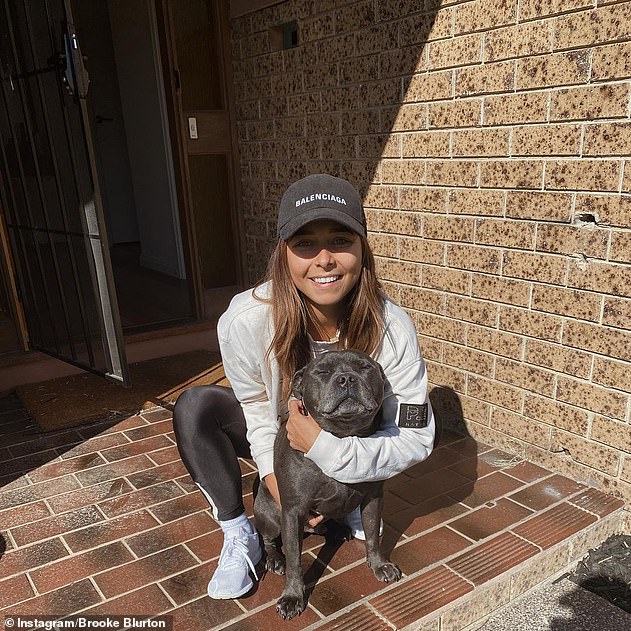 Puppy love: Brooke has been photographed cuddling up with Jed’s dog, Kodi (pictured)

She addressed her sexuality on The Bachelor in 2018, telling leading man Nick Cummins, ‘I’ve had four relationships… one with a guy…

‘But I’ve also had two relationships with women.

‘When I was in those relationships, I looked beyond what they were as female and I really loved [them] for who they were as people.’ 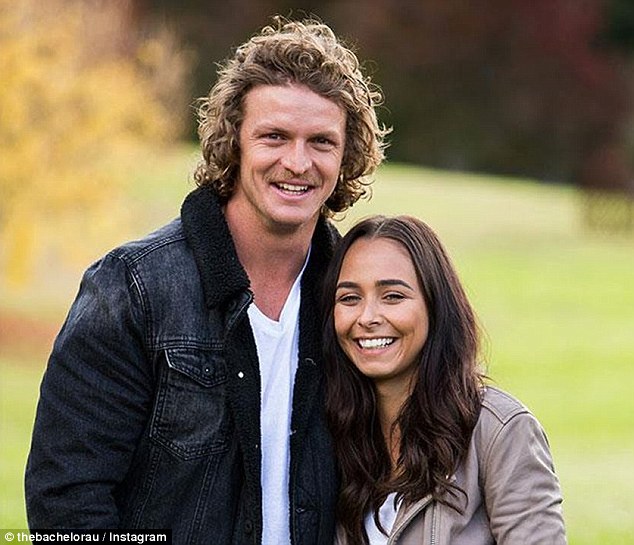 Sharing her truth: During her season of The Bachelor, Brooke suggested she may be pansexual (attracted to people regardless of their sex or gender identity). She told Nick Cummins, ‘I’ve had four relationships… one with a guy … but I’ve also had two relationships with women’