One of Channel 10’s leading names says the network is in a death spiral after the premiere of its flagship show The Bachelors flopped and had fewer viewers than The Project.

The Bachelors launched on Monday to just 309,000 metro viewers, 18,000 fewer than low-rating new-look The Project which was broadcast immediately beforehand.

The poor ratings have rattled TV bosses with staff now fearing for the long-term future of the network. 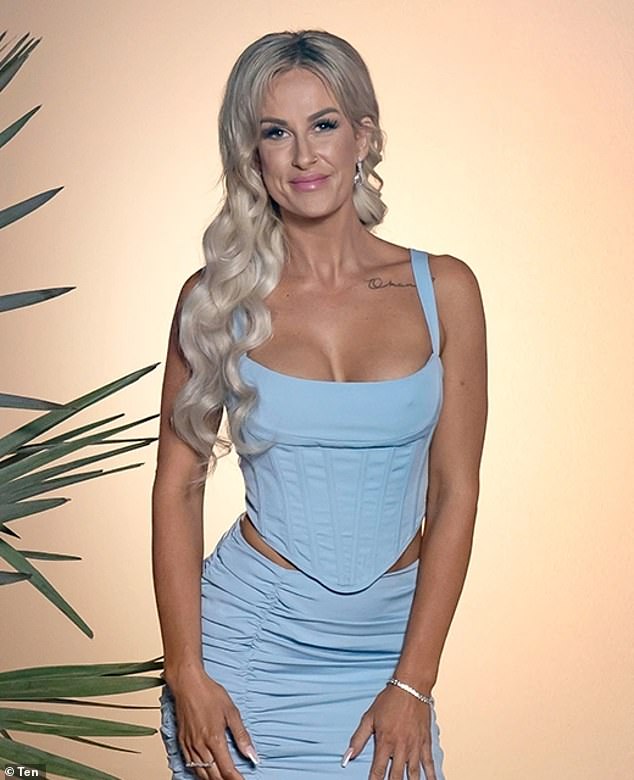 One of the contestants on The Bachelors

It comes just days after the channel’s audacious mooted $1.5billion bid for cricket’s TV rights was snubbed by Cricket Australia, which opted to stay on free to air with Seven for substantially less money, with Fox Sports buying the pay-TV rights.

The insider believes the huge sum was a desperate last throw of the dice to expand the channel’s audience reach – and would have been used to find new viewers to tempt to their other shows.

‘The problem is the TV station can only promote itself to its own viewers – and there are fewer and fewer of those now, with no way to expand the numbers,’ they said.

‘I didn’t even know the new Bachelor season was starting so soon – and I work on the channel. How are new viewers supposed to know?’

The prime time show once commanded about a million viewers a night in its 2018 heyday when the NRL’s ‘Honey Badger’ Nick Cummins drew in 940,000 fans in the capital cities alone.

But the franchise and Ten have been in rapid decline ever since. Last year’s premiere was branded a disaster when it only attracted 482,000 metro viewers.

But Monday night’s figure of 309,000 could prove terminal. The figures slumped even more on Tuesday’s second night, down to just 273,000. 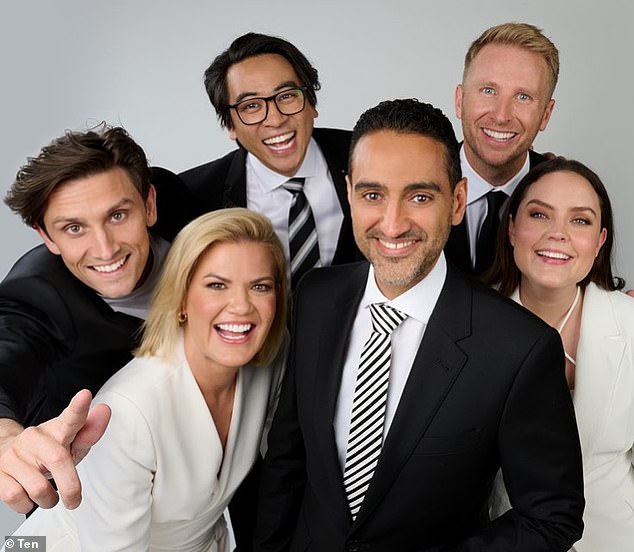 The Bachelor launched on Monday to just 309,000 metro viewers, 18,000 fewer than low-rating new-look The Project which was broadcast immediately beforehand.

The figures slumped even more on Tuesday’s second night, down to just 273,000 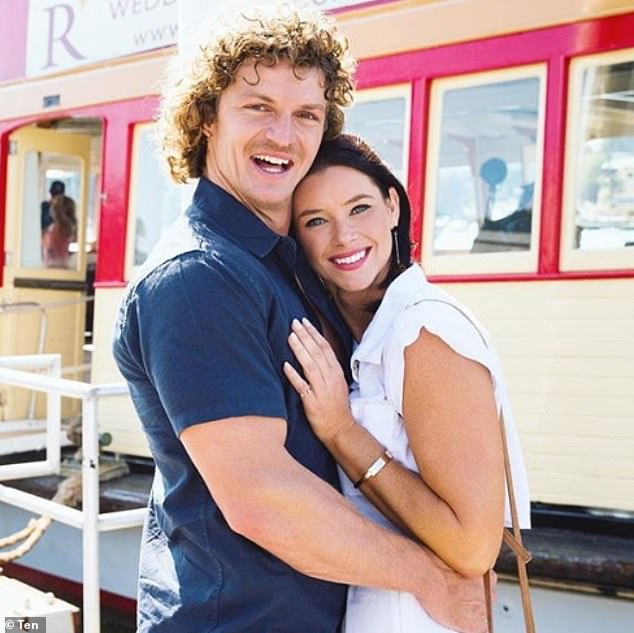 The Bachelor once commanded about a million viewers a night in its 2018 heyday when the NRL’s ‘Honey Badger’ Nick Cummins drew in 940,000 fans in the capital cities alone

It follows the launch of Ten’s new national midday news which only attracted 45,000 viewers nationally – including just 1,000 in Perth, the hometown of its presenter Narelda Jacobs.

It still made the top 100 shows in Australia with even that low figure – but the following day had dropped out of the top 200 altogether with a figure below 10,000.

‘I expected it to drop – but not that much and so soon,’ another insider said.  ‘This is just unsustainable. Something has to change.

‘Ten didn’t have a single show in Monday’s top 12 – even the ABC had three shows in there. 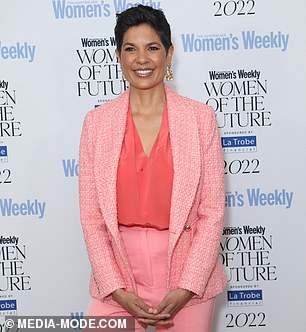 ‘Sport and news dominate the ratings top 10 – but Ten can’t compete at all. While our rivals’ news shows dominate the top 10, our 5pm news even rates below The Bachelor.

‘Without a big news show or sports audience, the message about new series can’t get out.’

Studio 10’s new 10am timeslot has also struggled, with zero viewers in Perth and dismal ratings everywhere else.

‘Honestly, who decides to turn their TVs to 10 at 10am for that show if they weren’t already watching 10 for news before that?’ added the insider.

‘The ratings give us that answer: very few people.’

Some staff now fear the network’s US bosses will soon pull the plug on Ten’s much derided Paramount Plus app which has failed to make any cut through with viewers.

It had hoped its coverage of Australia’s soccer A-Leagues and the UK’s FA Cup would draw in new viewers, but fans have slammed the network’s coverage.

The Paramount Plus app does not run natively on some leading smart TV brands, which means it has to be viewed on PCs, mobiles or tablets or streamed from the devices onto TV screens.

The $8.99 a month app also doesn’t allow users to pause or rewind the action, frustrating sports fans even more. 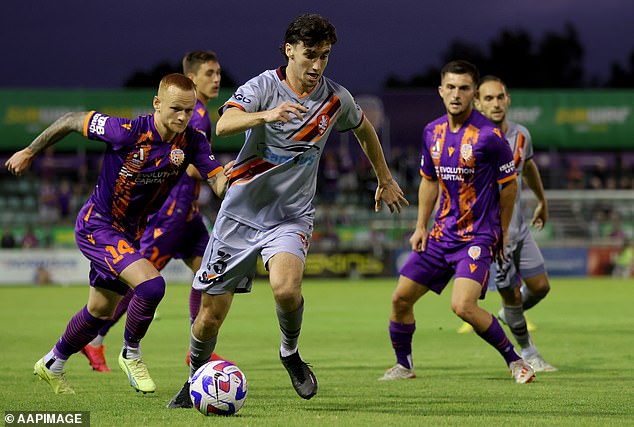 Ten had hoped its coverage of Australia’s soccer A-Leagues and the UK’s FA Cup would draw in new viewers, but fans have slammed the network’s coverage

With NRL, AFL and cricket rights now all locked in on rival channels, there are no medium-term prospects for Ten picking up any other mass viewership sports.

‘I can’t see the US continuing for much longer to plough money into something which is clearly not working,’ warned the insider.

‘And if they pull the plug on Paramount Plus, I fear the whole network will either be up for sale soon after – or else they will just pull the plug entirely and walk away.’

Ten insisted to Daily Mail Australia they were pleased with the launch of The Bachelor and said it was a ‘strong result in a brand new time’.

‘It was the #1 entertainment show in younger viewers plus Australians were talking about the show with #TheBachelorsAU trending #1 on Twitter,’ said a spokesman.

‘This audience is only set to grow as the franchise typically lifts more than 30 per cent with the inclusion of total 7-day audiences, and on demand viewing.’

Ten said the revamped Project line up featuring Sarah Harris and Waleed Aly as hosts had also been a success.

‘It lifted 10’s timeslot by 72 per cent week-on-week,’ said the spokesman. 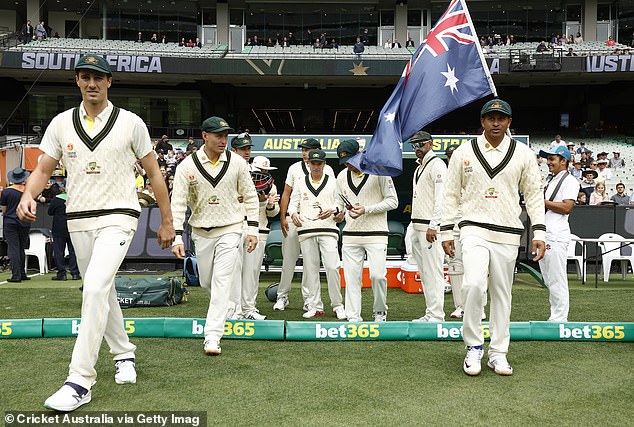 With NRL, AFL and cricket rights now all locked in on rival channels, there are no medium-term prospects for Ten picking up any other mass viewership sports

Ten refuses to reveal subscriber figures for Paramount Plus but says it is the fastest growing streaming app in Australia.

The network also stressed that they had never made a formal bid for the cricket TV rights.

‘It became clear that our objectives and views on the future presentation of the sport and its value were not aligned,’ added the spokesman.

‘Paramount congratulates the successful consortium and wishes them and Cricket Australia well for the future.’