Hannah Brown gave her final rose to Jed Wyatt on Tuesday’s season finale of The Bachelorette, but later called off their engagement and broke up with him after feeling betrayed.

The 24-year-old former beauty queen chose Jed, 25, a singer-songwriter from Tennessee over Tyler Cameron, 26, of Jupiter, Florida during the two-hour finale on ABC.

She told Jed during the final rose ceremony in Greece that she had been ‘praying for a long time’ for a husband and declared her true love for him.

Season finale: Hannah Brown gave her final rose to Jed Wyatt on the season 15 finale Tuesday of The Bachelorette on ABC

Jed dropped to a knee and asked Hannah to marry him as he presented her with a Neil Lane diamond ring.

Back in Los Angeles, Hannah admitted that Jed told her about ‘hanging out with a girl’ up until a week before filming the show.

A People magazine article however was ‘not the same story that I was told,’ Hannah said.

She was shown confronting Jed over having a girlfriend and using their relationship to advance his music career. 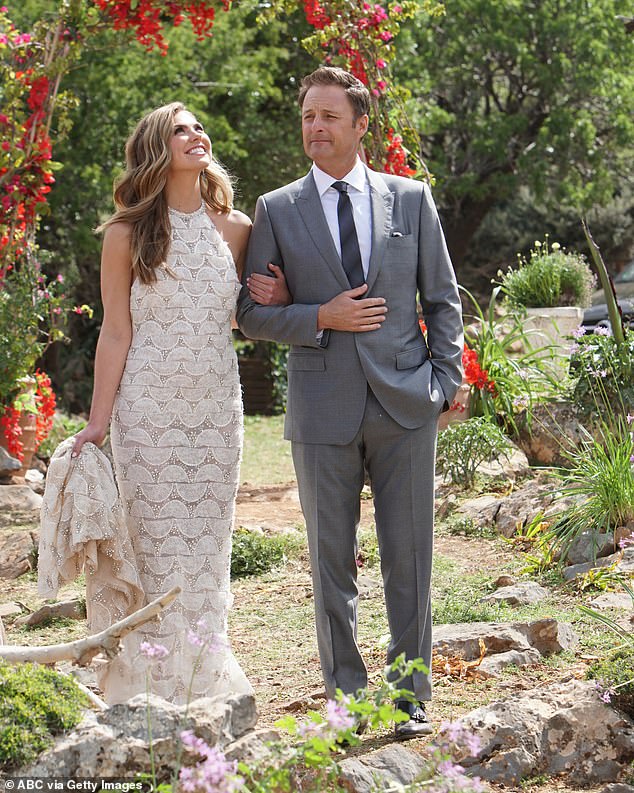 Live special: Hannah was shown in Greece with host Chris Harrison ahead of the final rose ceremony

Hannah took off her engagement ring and later confirmed in front of a live audience that she and Jed had split.

Jed appeared during the live show and apologized again and Hannah said that he ‘hurt me a lot’ and hoped he would grow to become a better person.

‘So this is over?,’ host Chris asked.

Second-place finisher Tyler later appeared on the show and Hannah asked him out for a drink. 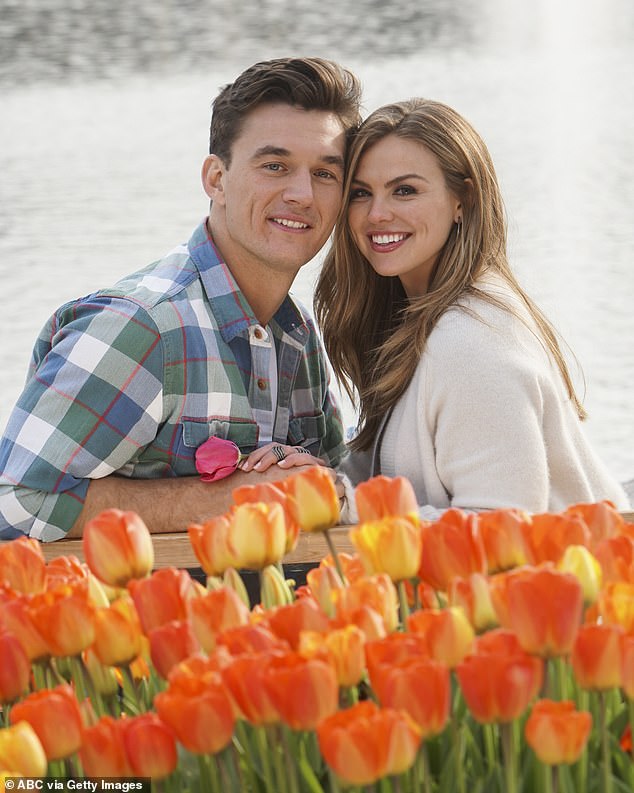 Second chance: Second-place finisher Tyler Cameron, shown earlier this month in a still with Hannah, later appeared on the live show and she asked him out for a drink