They became one of the hottest new couples just a few weeks ago.

But Tyler Cameron has already split from model Paige Lorenze.

The Bachelorette alum, 29, confirmed their break-up during an appearance on E!’s Daily Pop on Monday.

Split: Tyler Cameron has broken up with model Paige Lorenze just a few weeks after going public their romance; pictured July 17 in NYC

‘We just had to take a step back,’ he told the chat show. ‘It wasn’t the right time, it wasn’t good for us.’

‘So we’re back on just not dating anymore and just doing our own thing right now,’ he added.

‘We both have tons of respect and love for each other,’ he said, ‘but just not the right time for both of us right now.’

Paige also confirmed the break-up in a statement to Page Six: ‘Yes, I am single. There wasn’t a dramatic split or any bad blood between us,’ she said. ‘I am more career-focused than ever, and my priority has to be my clothing brand and my career — and that’s going to require me to be in NYC at the moment. 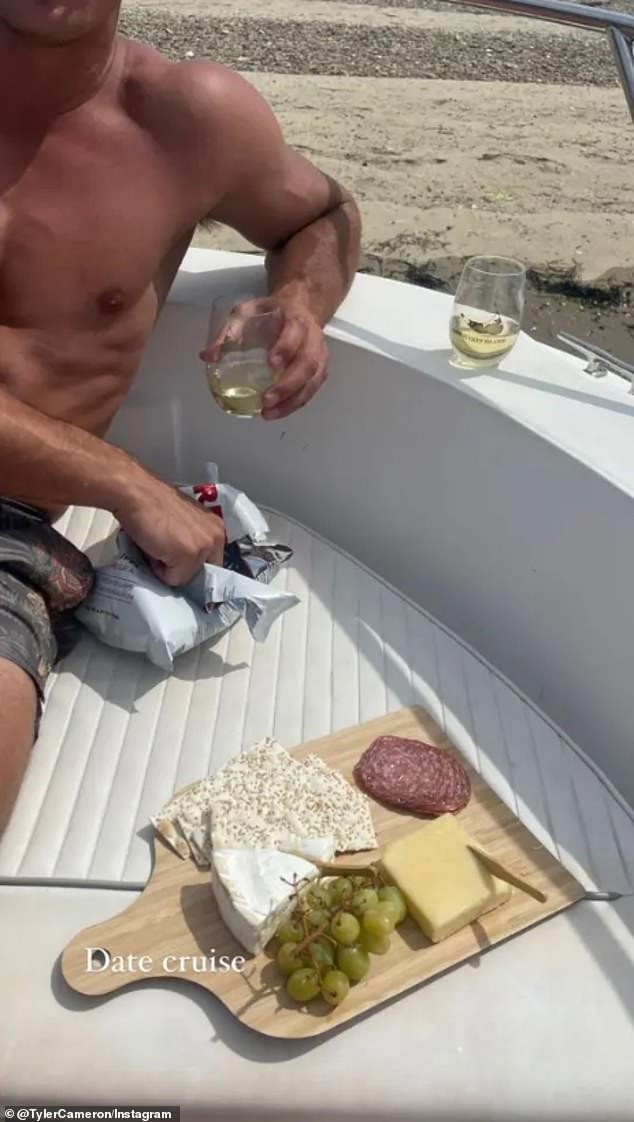 Instagram official! The couple recently showcased their relationship for the first time on social media 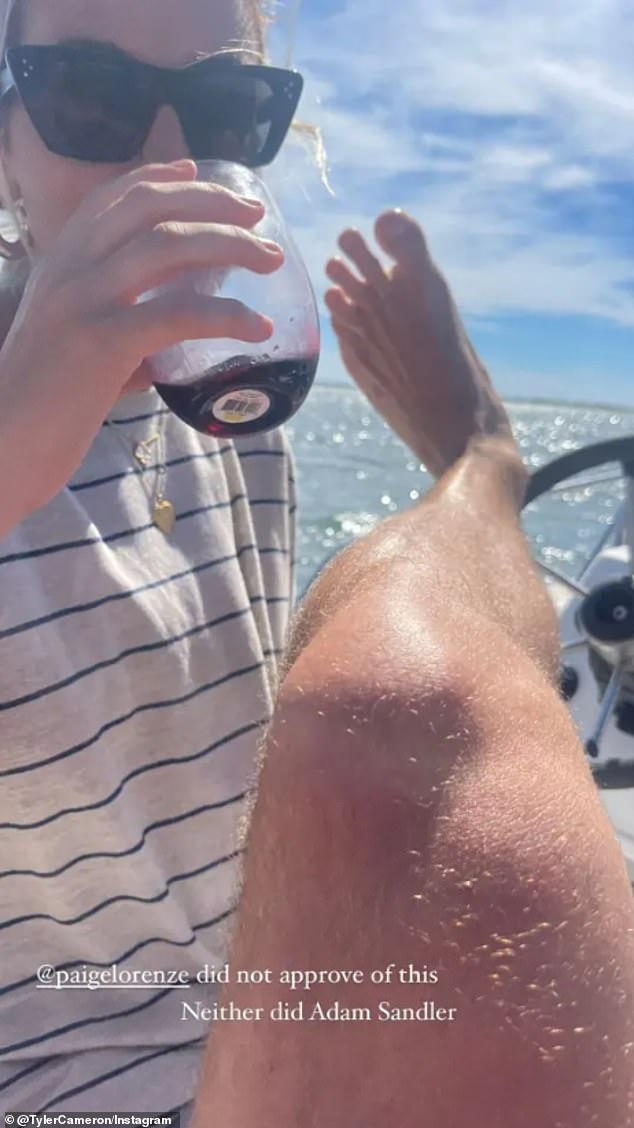 Wine not? The couple documented their romantic ‘date cruise’ on IG

‘I’ve always made such large life adjustments for my partners in the past, but for right now, focusing on me is where I am at. It feels good to finally be comfortable with being selfish and putting myself and my future first. Really excited for what’s to come!’

News of Tyler and Paige’s romance was first reported by Page Six in early July, before they confirmed their relationship during a PDA-packed stroll in NYC on July 17. They went Instagram official with their romance, documenting their romantic ‘date cruise’, a few weeks later.

Page Six reported on July 8 that the couple were in the early stages of dating.

Love story: News of Tyler and Paige’s romance was first reported by Page Six in early July, before they confirmed their relationship during a PDA-packed stroll in NYC on July 17. They went Instagram official with their romance, documenting their romantic ‘date cruise’, a few weeks later

‘They’re spending time together whenever they can,’ the insider claimed. ‘It’s not a full-blown, serious relationship because they’re often in different cities, but they’re having fun with it.’

Another insider alleged that Tyler and Paige, who was once in a relationship with actor Armie Hammer, ‘are seeing each other and not just hooking up.’

Earlier that month Page Six reported the couple were spotted celebrating the Fourth Of July together at the Surf Lodge in Montauk. 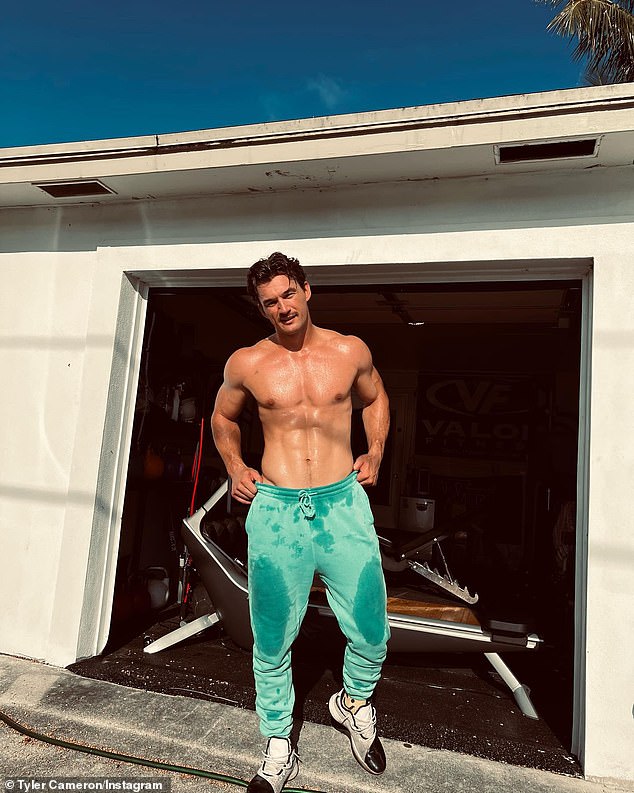 Tyler was last in a relationship with model Camila Kendra.

The couple were together for eight months before calling it quits in August 2021.

Tyler rose to fame as a contestant on Hannah Brown’s season of The Bachelorette.

While he didn’t end up with Hannah, he did end up winning over countless fans, going on to become one of the biggest names to come out of the show. 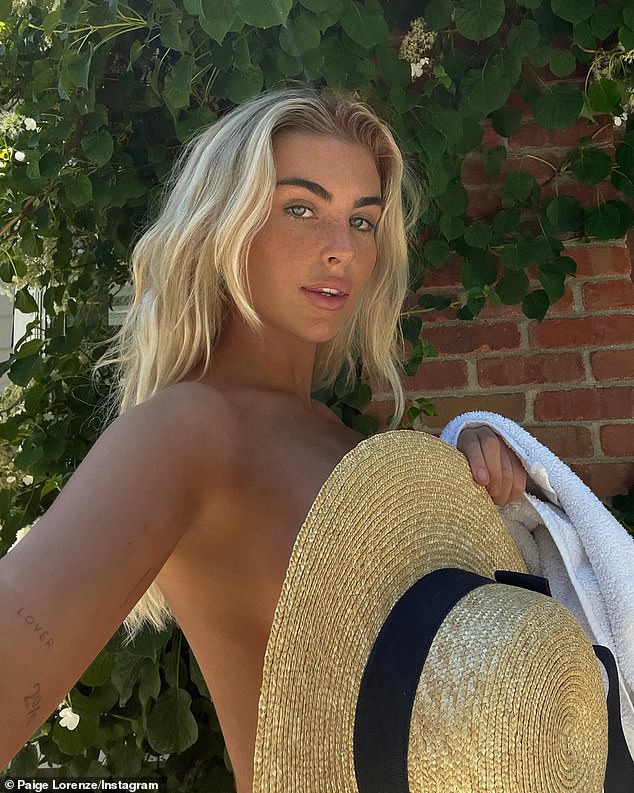 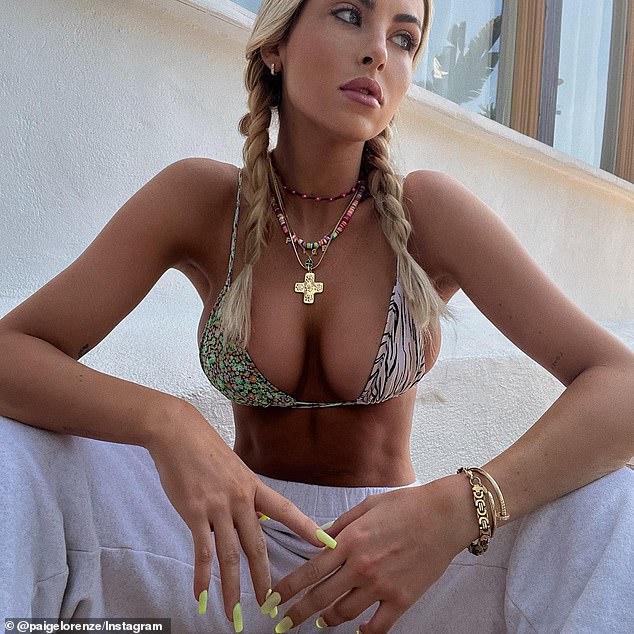 Happy 4th! Page Six reported last month that the couple were spotted celebrating the Fourth Of July together at the Surf Lodge in Montauk

Prior to her romance with Wallen, Lorenze was in a ‘deeply traumatic’ four-month fling with actor Armie Hammer, who was accused by multiple women of being abusive due to his alleged cannibal fetish.

Paige claimed Armie carved an ‘A’ into her pubic area with a knife and started licking the blood during one such BDSM-gone-wrong tryst.

‘It was like a real life 50 Shades Of Grey without the love,’ Paige told DailyMail.com last year.

‘You can be just as traumatized by consensual sex. It’s unacceptable that he coerces women into agreeing to let him hurt them.’

In a statement to DailyMail.com, Hammer’s lawyer said: ‘These assertions about Mr. Hammer are patently untrue. Any interactions with this person, or any partner of his, were completely consensual in that they were fully discussed, agreed upon, and mutually participatory.’