Abbie Chatfield became emotional during an appearance on Studio 10 on Friday.

The Bachelor runner-up was moved to tears while revealing how Matt Agnew had left her ‘heartbroken’ by picking Chelsie McLeod in the finale instead of her.

‘It’s been really, really difficult the whole time, because I was a main character on the show,’ the 23-year-old property analyst explained.

‘It’s been really, really difficult’: The Bachelor runner-up Abbie Chatfield became emotional during an appearance on Studio 10 on Friday

Abbie also spoke about the trolling she had been subjected to on social media.

She said: ‘I was getting a lot of really horrible DMs [direct messages] and I got a few threats of violence, I got people saying your mother shouldn’t have had you.’

‘So that’s the level of things I’ve been getting, hundreds a day, so that in addition to being heartbroken…’ she added, before breaking down in tears.

This was the second time that Abbie had become visibly emotional during her post-finale media rounds on Friday. 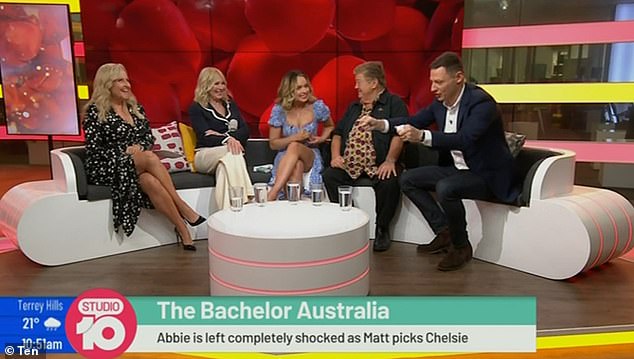 Emotional: The Bachelor runner-up was moved to tears while discussing being trolled online and how Matt Agnew left her ‘heartbroken’ by picking Chelsie McLeod over her

The blonde bombshell had an on-air breakdown during a live radio interview after being confronted with details of Matt’s sex life with winner Chelsie.

Abbie reduced to tears on The Kyle and Jackie O Show, after host Kyle Sandilands described intimate details of Matt and Chelsie’s first night together.

When asked by Jackie ‘O’ Henderson if she was ‘over’ the astrophysicist yet, the 23-year-old choked back tears and responded: ‘Yeah, nah, not really.’ 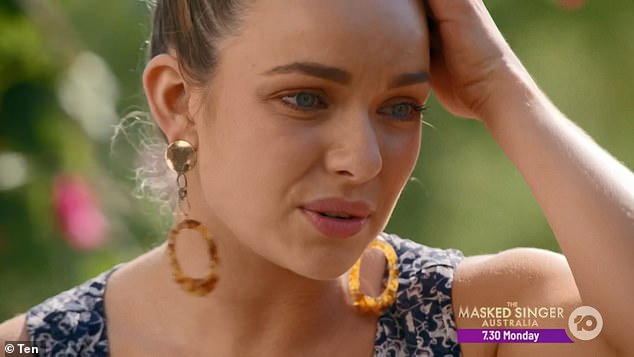 ‘I’ve been crying for four months’: Abbie (pictured) broke down in tears during a painfully awkward live radio interview on Friday

‘Listen, get over him,’ Kyle said bluntly. ‘Because I asked those two this morning what their first [time having] sex was like, and apparently they were on a couch in a hotel in South Africa.’

Continuing to describe the tryst in explicit detail, he said: ‘They were making out and feeling each other, then he lifted her up and took her to the bedroom.

‘He took all his clothes off and [they slept together], so you need to move on as well.’ 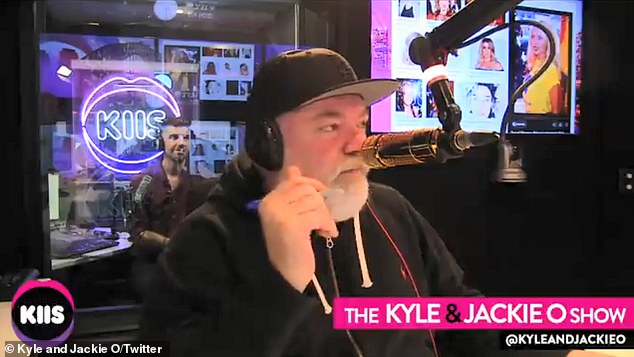 Details: The 23-year-old was reduced to tears on The Kyle and Jackie O Show, after host Kyle Sandilands (pictured) described intimate details of Matt and Chelsie’s first night together

Overcome with emotion, Abbie was unable to respond to Kyle’s crude description, simply muttering ‘umm’ as she began to cry.

Earlier in the interview, the blonde property analyst had admitted that she’d cried for ‘four months straight’ after filming the finale.

When asked how she handled watching the last episode, Abbie admitted she was so grief-stricken that she was ‘screaming into her luggage’. 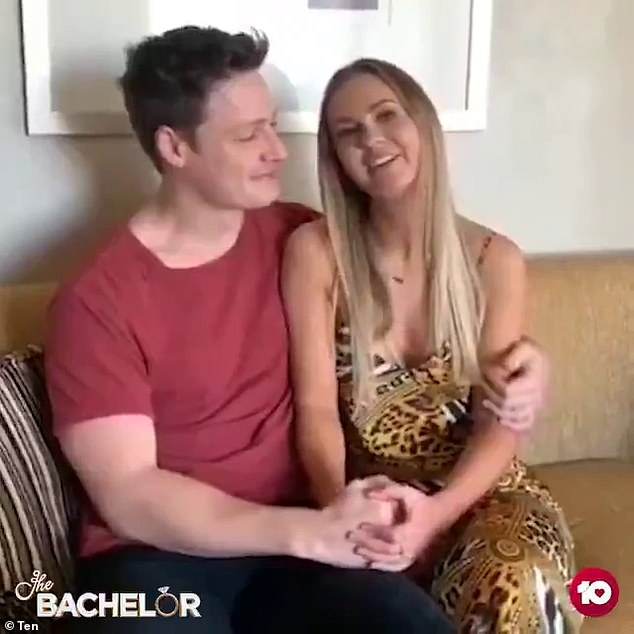 Happily ever after! Matt Agnew chose chemical engineer Chelsie McLeod on The Bachelor

Abbie was dumped by Matt during Thursday night’s Bachelor finale, despite the fact they had shared intense sexual chemistry throughout the season.

He instead chose chemical engineer Chelsie, telling her: ‘I’ve never believed in such thing as the perfect woman until I met you.’ 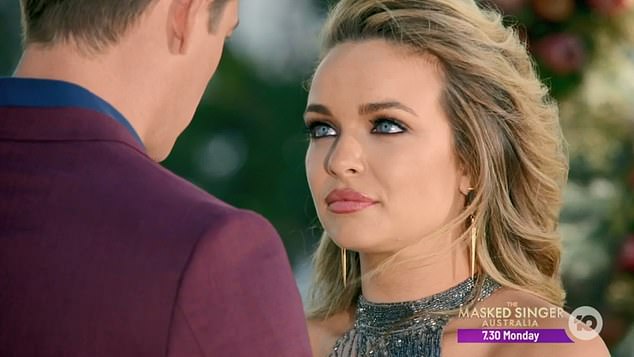 Blindsided: Matt dumped Abbie during Thursday night’s Bachelor finale, despite the fact they had shared intense sexual chemistry throughout the season