She’s the Bachelor breakout star known for her killer curves.

And Elora Murger left little to the imagination in a photo shoot at Sydney’s Cronulla beach on Thursday.

The 27-year-old flaunted her ample cleavage and shapely derrière in a very skimpy silver swimsuit.

Life’s a beach! The Bachelor’s Elora Murger, 27, flaunted her killer curves in a skimpy silver swimsuit at Sydney’s Cronulla on Thursday

Elora emerged from the water looking every inch the beach babe.

A plunging silver swimsuit drew the eye to her ample bust, while the very high-cut design elongated her toned legs.

Turning for the camera, the brunette bombshell showed off her toned back and shapely derrière. 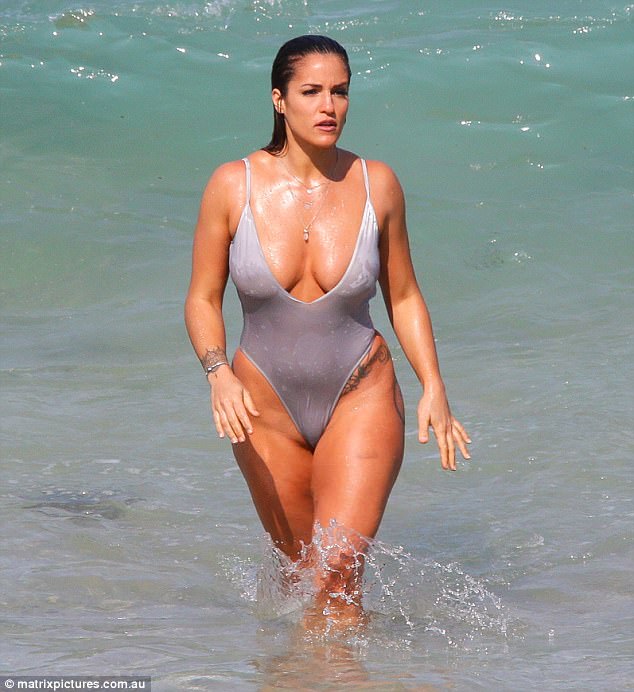 She’s got some front: The Channel Ten personality drew the eye to her ample bust as she emerged from the water 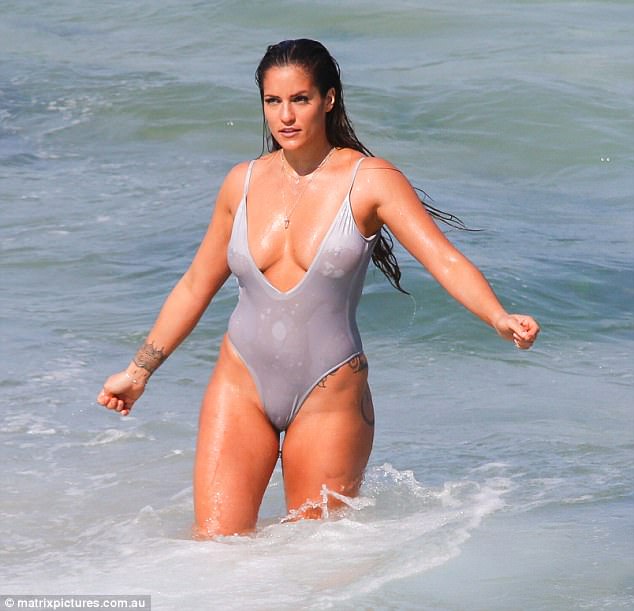 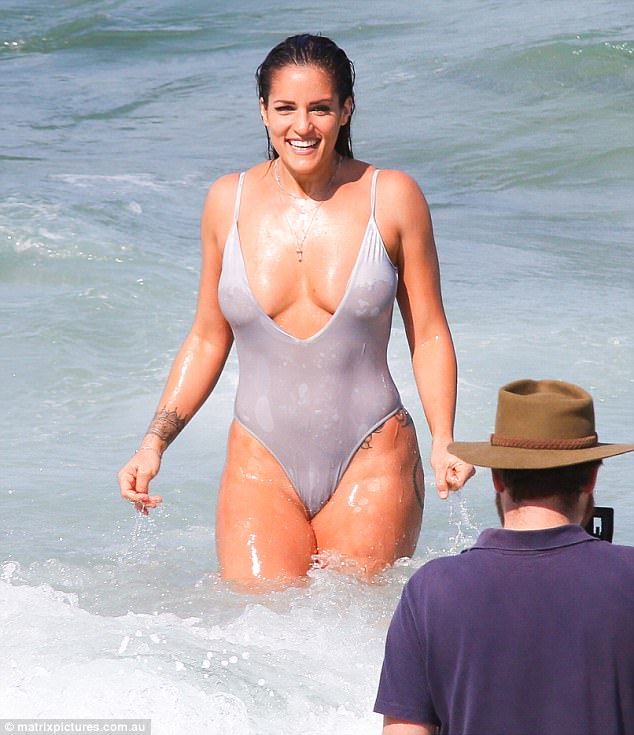 Content: Elora appeared in high spirits as she posed for the camera 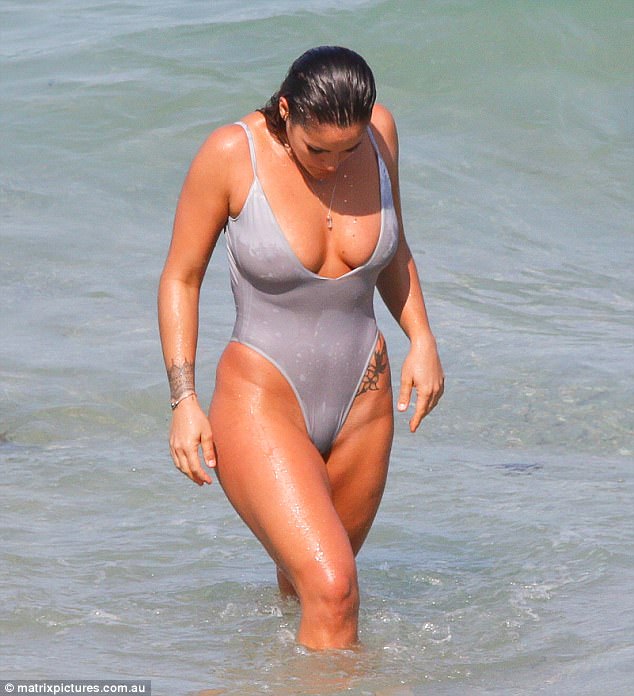 Beach babe: The brunette’s wet locks were slicked back off her face

Accessorising with delicate silver jewellery, Elora allowed her long wet locks to be slicked back off her face.

Ensuring she was primped to perfection, the Channel Ten personality sported a makeup palette of a light foundation, lashings of mascara and a matte nude lip.

Elora appeared to be in high spirits for the photo shoot, raising her lean arms in the air. 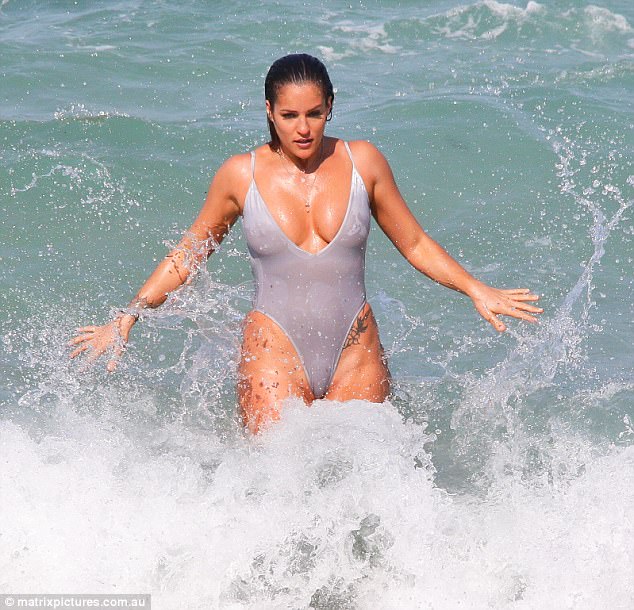 Making a splash! Elora looked every inch the beach babe as she waded in and out of the surf 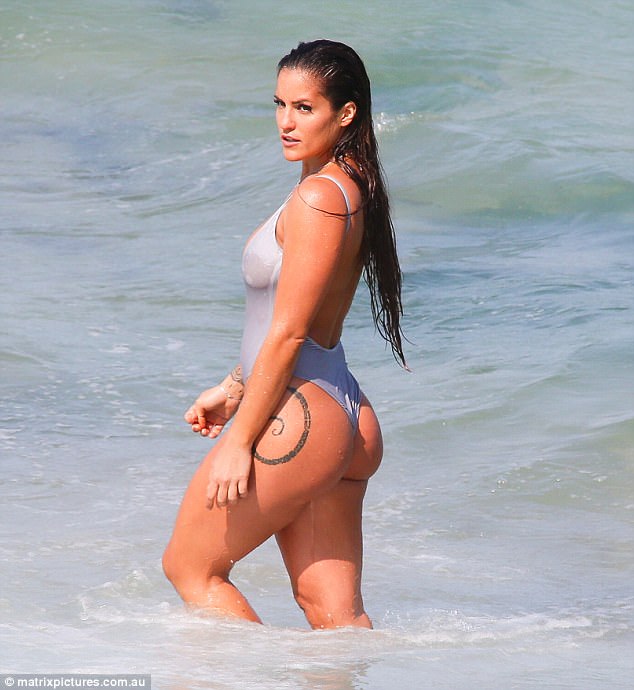 Working her angles: The reality star turned for the camera, giving a good glimpse of her shapely derrière 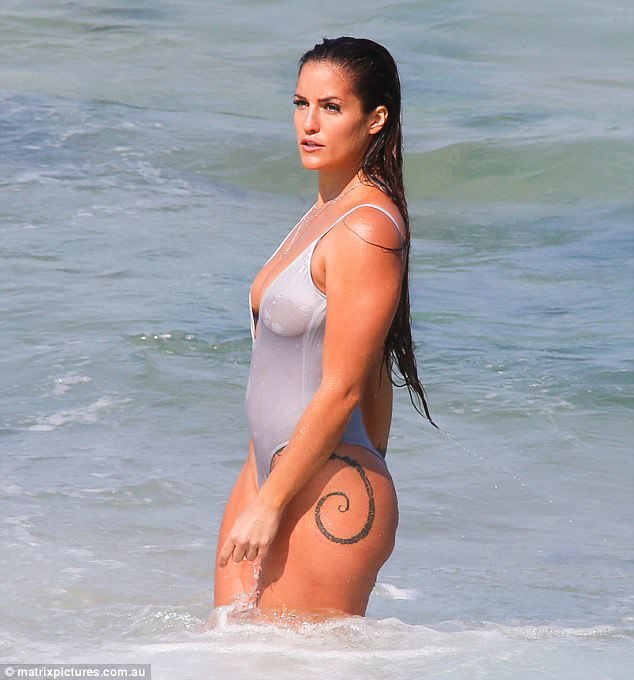 Tatt’s nice: Elora showed off her upper leg tattoo during the photo shoot 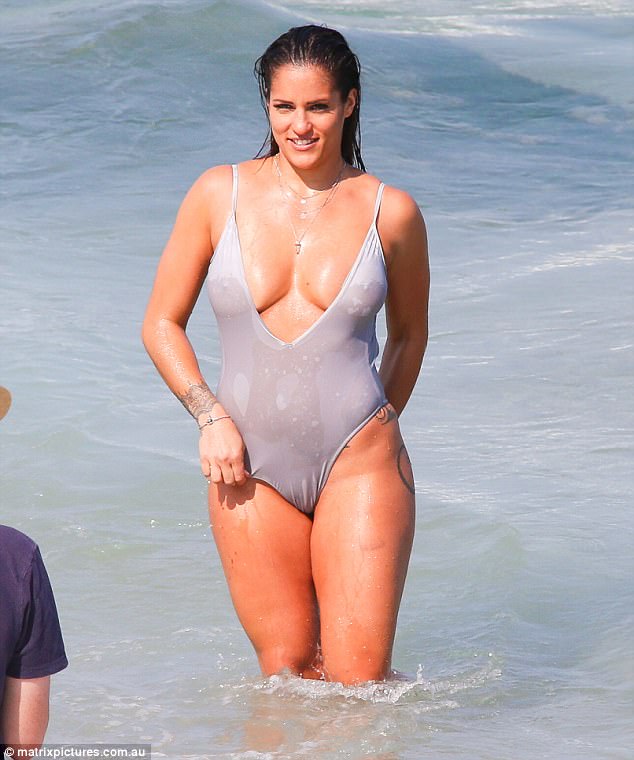 She later positioned herself on the sand, legs spread and running her hands playfully through her tresses.

Elora made headlines recently after spending the night in the Blue Mountains with Matty Johnson during the last season of The Bachelor.

Rumours surfaced that the date went so well that they slept together while away from the mansion.

Primped: Elora ensured she was looking her best, sporting a minimal makeup palette 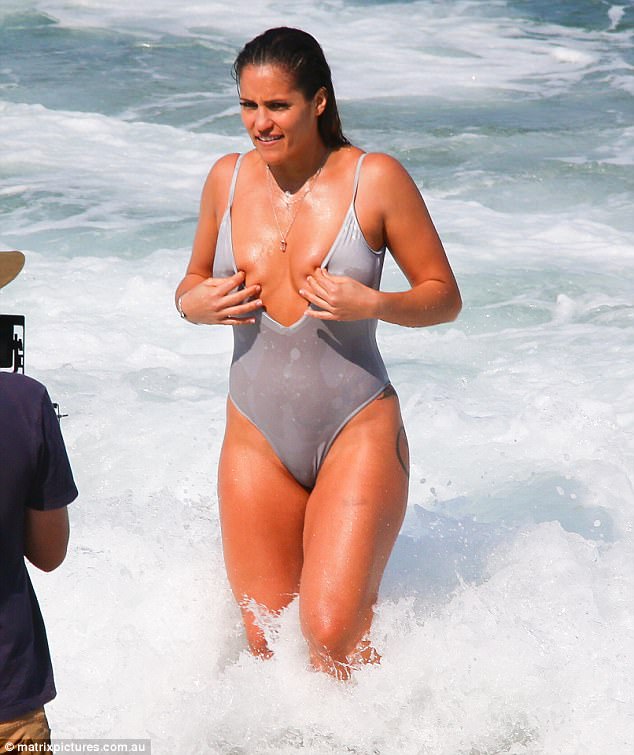 Busting out: Elora quickly adjusted the top half of her daring swimsuit 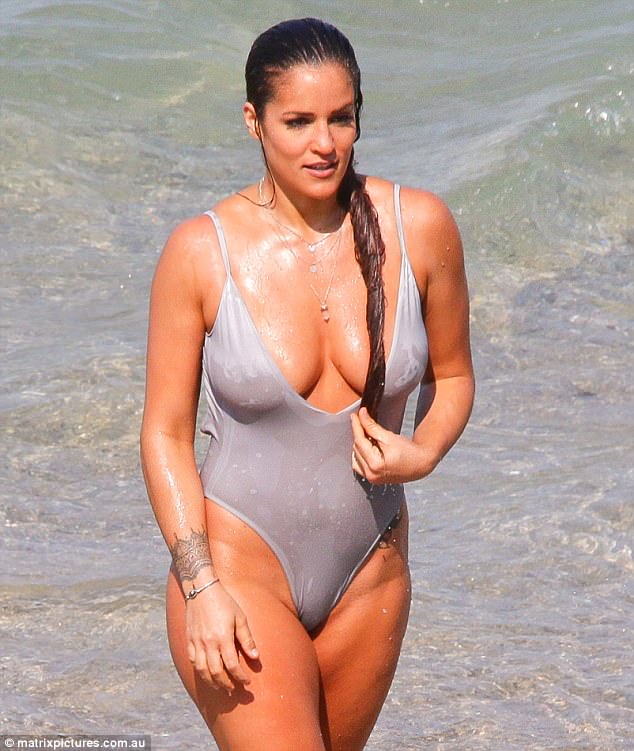 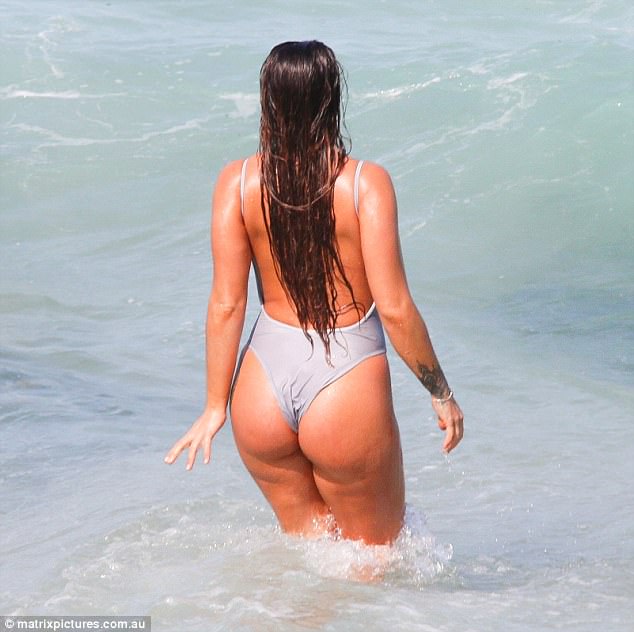 After walking Elora to her separate cabin on the only overnight date during the series, the hunk was seen lingering at her door as they kissed goodnight.

‘At the time we said goodbye, it was no question that we were going to sleep in separate cottages,’ the fitness trainer explained. 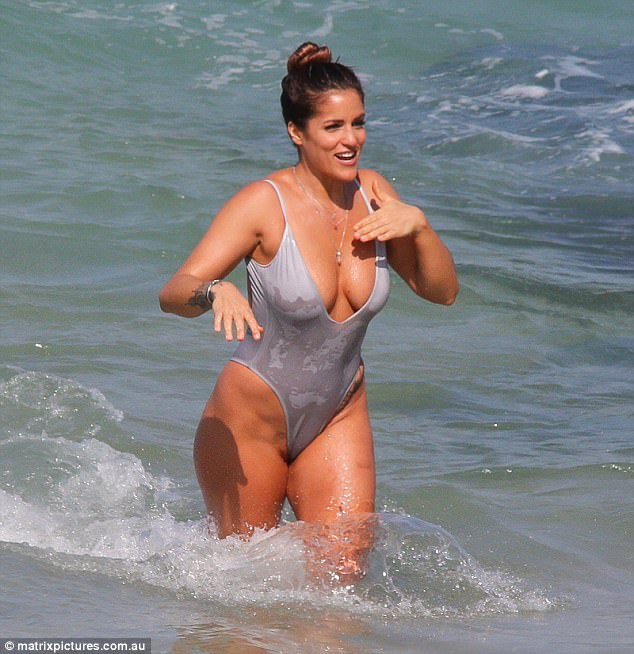 Getting swept up: Elora later tied her tresses into an effortless topknot 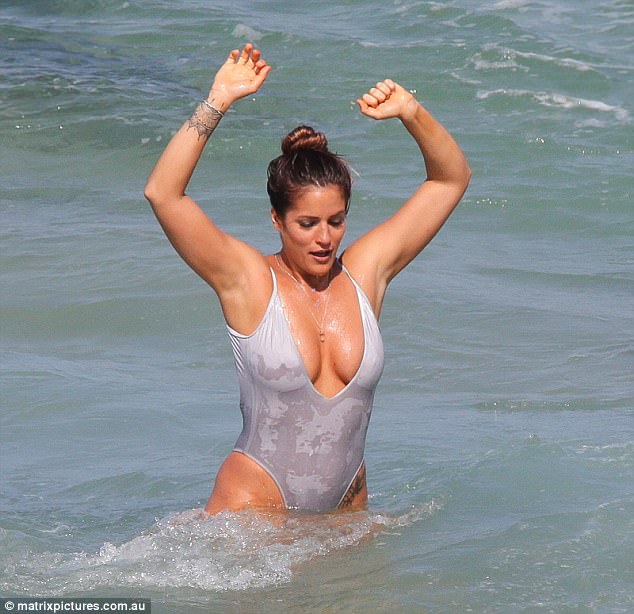 Up and away: Elora raised her lean arms above her head at one point 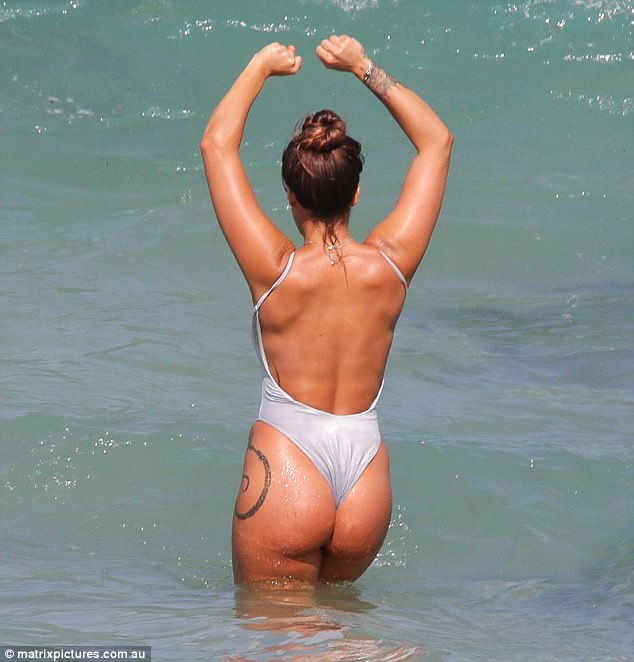 Flashing the flesh: Every inch of the fitness trainer’s toned frame was on display 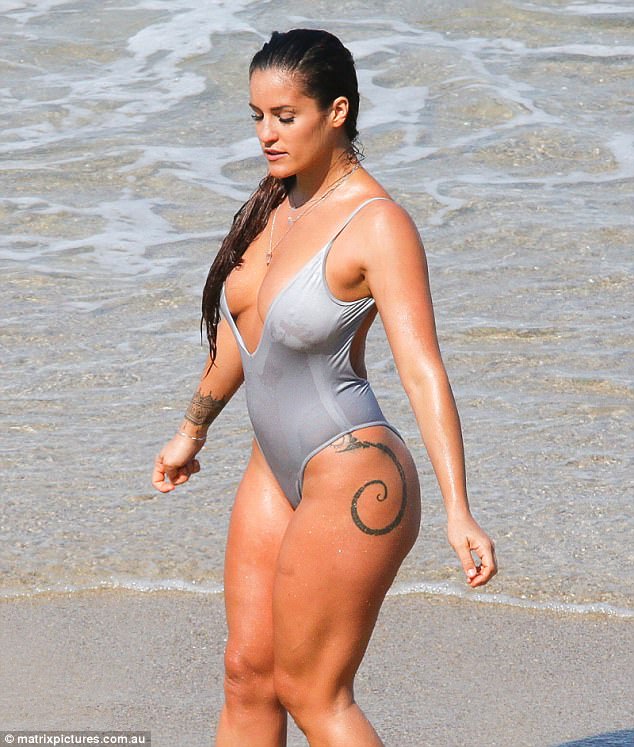 Trim and terrific: Emerging from the surf, Elora drew the eye to her toned legs

‘Neither of us invited each other over behind cameras,’ she confessed.

Elora added that she wished she’d kept the night going, saying: ‘In which case, it is impossible to guess today what would have happened that night, had we had the courage to admit we didn’t want the date to end so early.’

However, she denied rumours they did anything more than kiss: ‘We didn’t sleep together. Although I’m not sure what he would have said if I would have really invited him to spend the night.’ 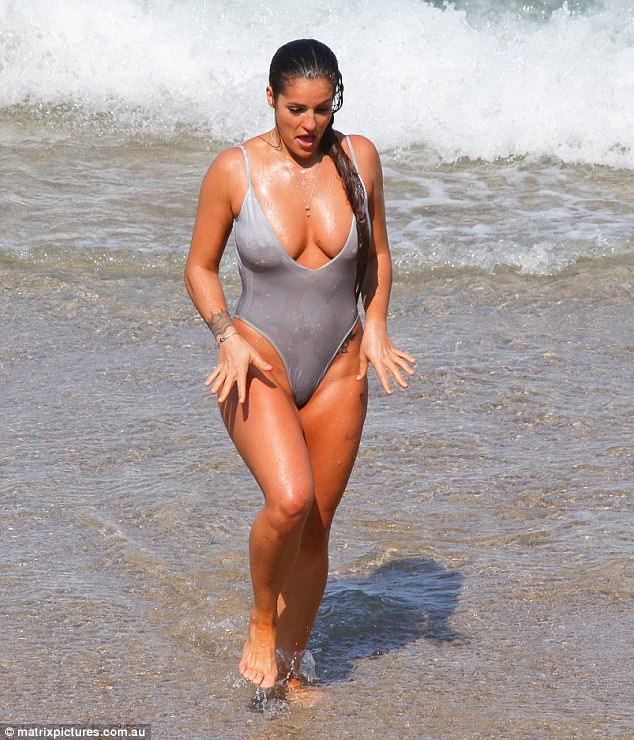 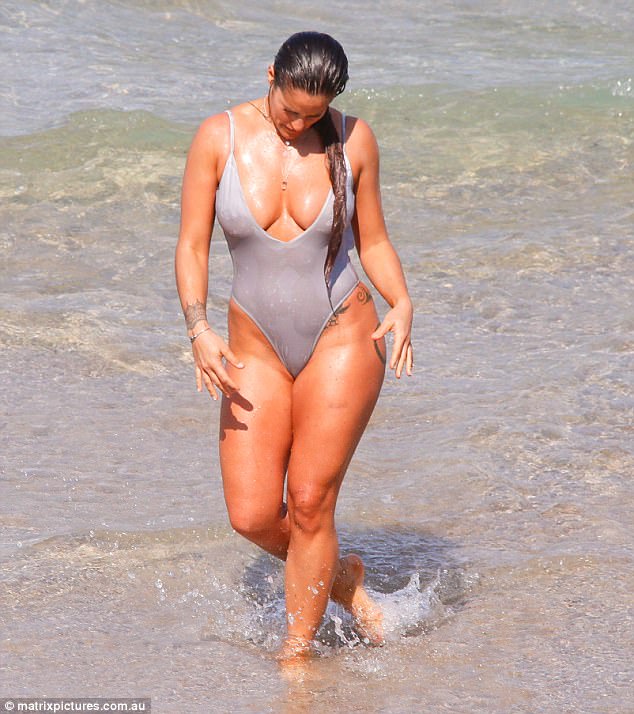 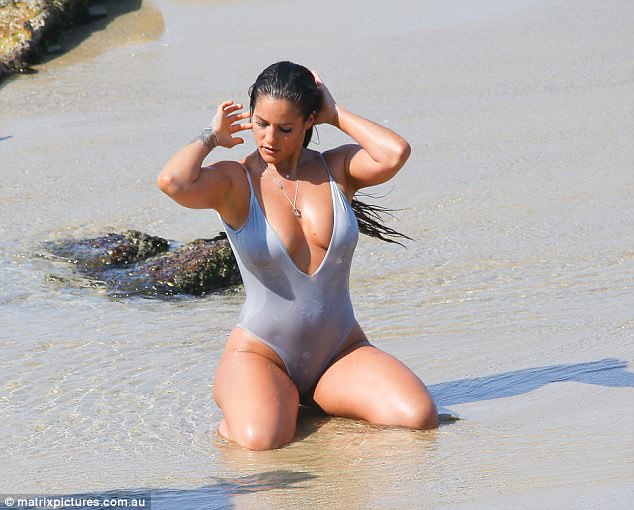 Raunchy: The body-confident star later positioned herself on the sand, legs spread 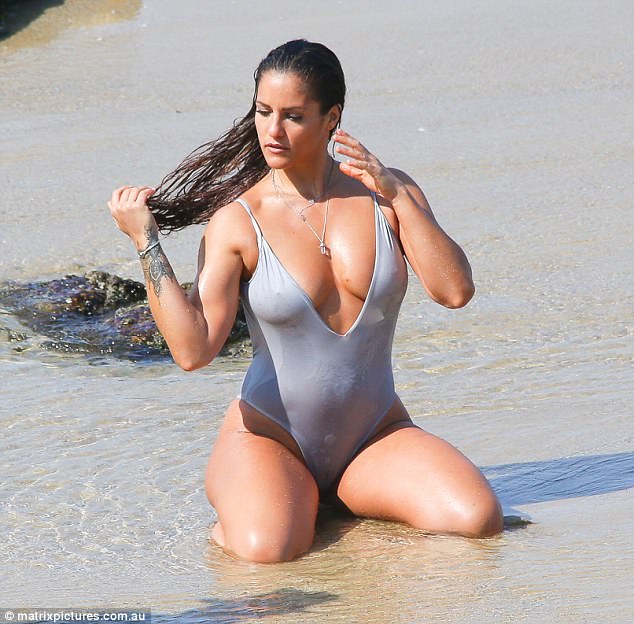 Working it: Elora playfully ran her hands through her luscious locks

Matty has always insisted that he never had sex with the fire twirler after their lust-filled date.

But speaking to KIIS FM’s Hughesy and Jackie O on Friday, The Bachelor’s interview with winner Laura Byrne turned awkward when he admitted it was ‘tempting’.

‘You know, when you have a really great date with someone and the option is there, it does enter your mind,’ the 30-year-old confessed. 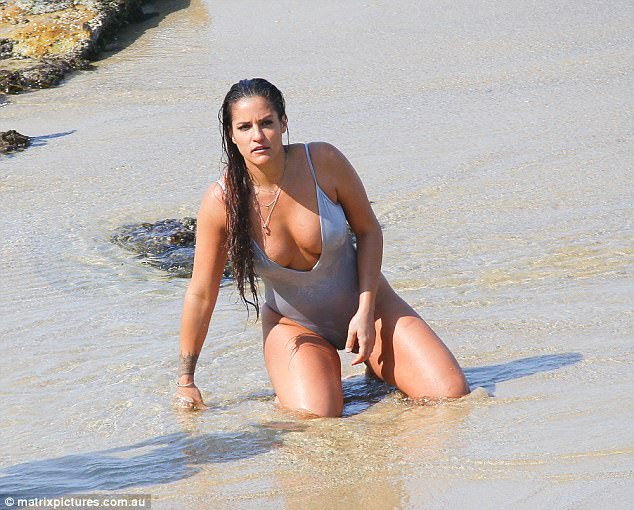 Resting: Elora looked to have a quick break in between takes 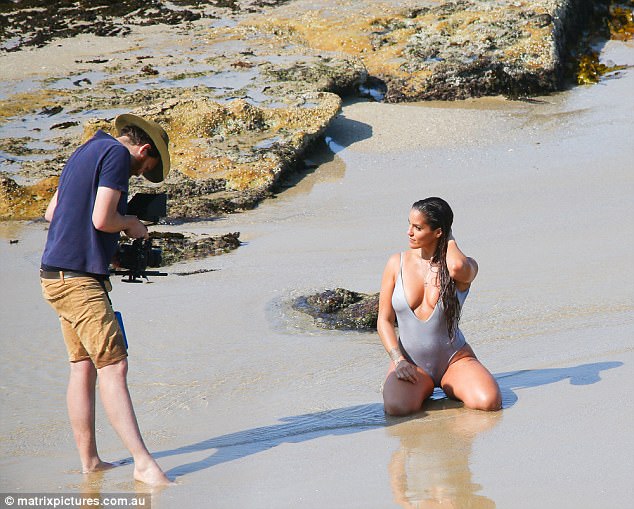 Assisted: A cameraman was on hand ensuring only the best shots were taken