He is believed to be single after splitting with The Bachelor’s winning contestant.

And Nick Cummins appeared to keep a low profile on Sunday night when he was spotted socialising with friends at Sydney’s Manly Wharf.

The former Wallaby, 30, was seen wearing a baseball cap and yellow hiking jacket as he slung a large backpack over his shoulders.

Who’s that girl? And The Bachelor’s Nick ‘Honey Badger’ Cummins ‘continued to fuel split rumours when he was spotted at Sydney’s Manly Wharf with a female friend on Sunday night

It was certainly an unusual outfit for a night on the town, so it was more likely Nick was enjoying a last-minute drink before embarking on a Kokoda Trail walk.

He is flying to Papua New Guinea on Monday morning and will be spending eight days trekking through the jungle, presumably out of phone range.

Nick’s overseas adventure will coincide with the The Bachelor finale airdate, which has prompted rumours he is fleeing the country to avoid media scrutiny. 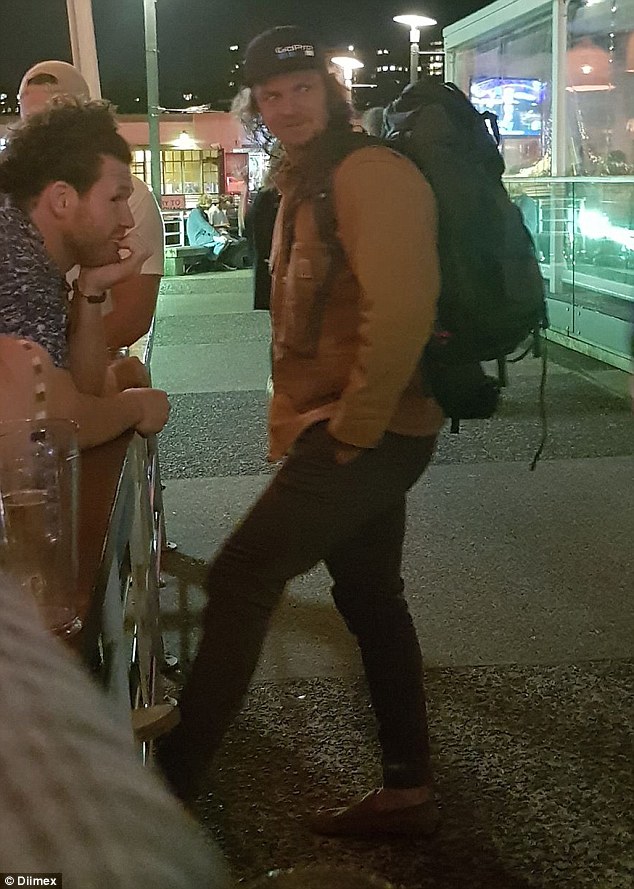 Off somewhere? Nick, dressed in dark pants and his long curls peeking from his cap, was curiously carrying a rather large rucksack, similar to bags often seen used by backpackers 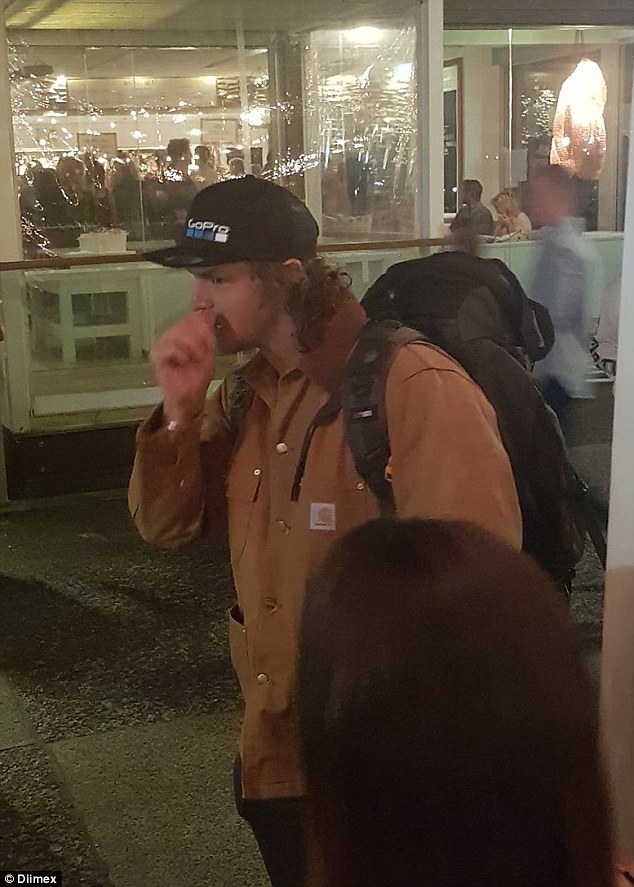 Outta here? It comes after the reality star was rumoured to be jetting out of Australia to avoid fanfare that will surround this week’s finale of The Bachelor after ‘splitting’ from the winner

It is expected that Nick’s break-up with the show’s winner, who is rumoured to be Brittany Hockley, will be announced shortly after the finale is broadcast on Thursday.

On Saturday, Nick’s friend James Brodie confirmed he would not be taking part in the usual post-season promotional tour due to his Kokoda Trail commitment.

Typically following a Bachelor finale, the suitor and his new girlfriend will embark on a week of interviews across Melbourne and Sydney, including in-studio appearances on The Project and Studio 10. 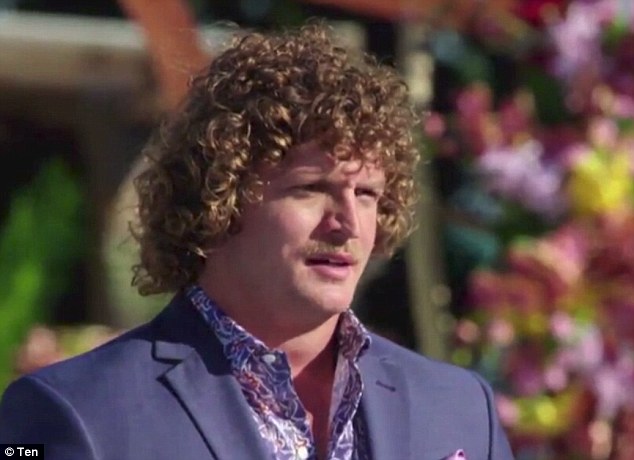 Away:  Nick is flying to Papua New Guinea on Monday morning and will be spending eight days on the Kokoda jungle trek – presumably out of phone range 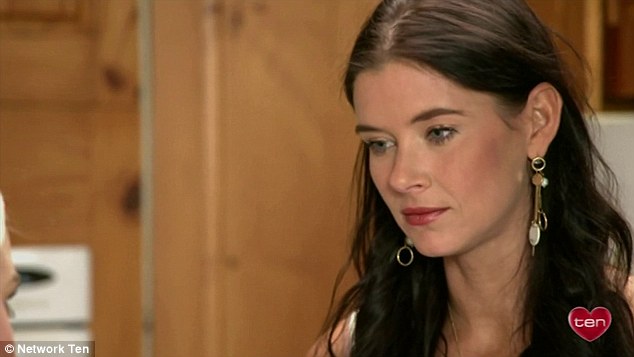 Unhappy ending? The confirmation that Nick will not be in Australia for the finale is a sign that appears to confirm reports he has ‘split’ from rumoured winner Brittany Hockley (pictured) 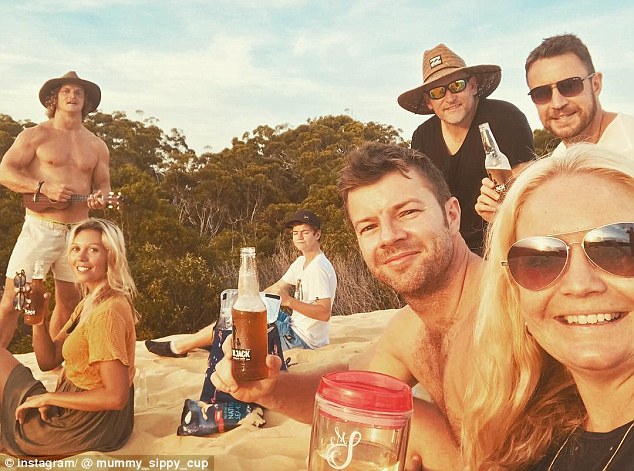 Where’s the winner? An Instagram post from Nick’s sister Bernadette on Saturday fueled the speculation the rugby star is single as he spent his final days in the country with family

It comes after Daily Mail Australia confirmed last month that Nick had split with the show’s winner, causing a nightmare for producers and Network Ten publicists.

‘The Honey Badger’s relationship is already over. This is obviously not what we wanted,’ a production source said. 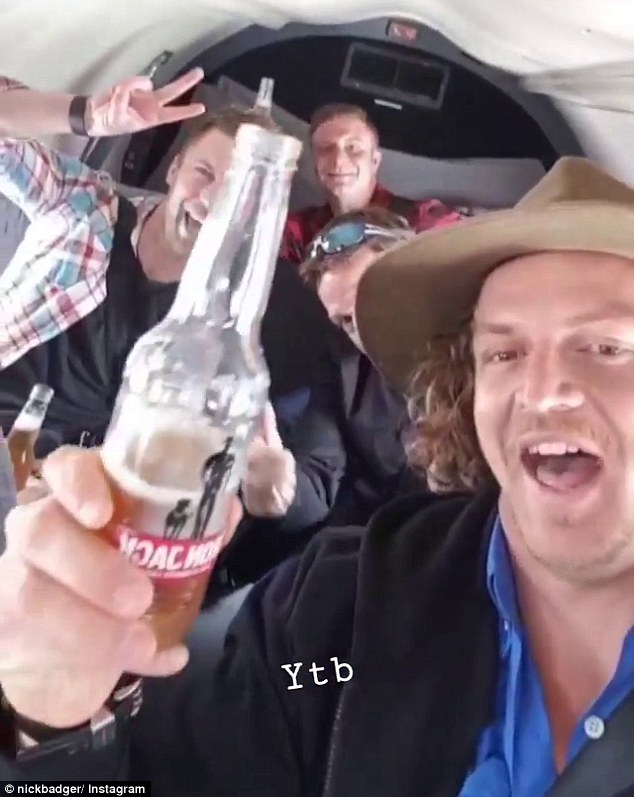 Party! On Friday, it appeared that the sportsman was single and ready to mingle as he attended the Deni Ute Muster in Deniliquin, in southern New South Wales, with a group of mates