Richie Strahan’s spotlight has dimmed slightly since his starring role as The Bachelor two years ago.

But while Richie has been happy to enjoy the quiet life recently, he guaranteed he was the centre of attention on Monday.

Taking to Instagram, the 32-year-old heartthrob shared a sizzling beach snap that showed off his incredible abs.

Remember me? The Bachelor’s Richie Strahan flaunted his washboard abs in an Instagram snap posted on Monday, as he continues to enjoy the single life after splitting with Alex Nation

In the black and white photo, Richie poses on the shore against the backdrop of the picturesque Indian Ocean.

He glances down while running a hand through his long, beach blond hair.

While showing off his gym-honed physique, the rope access technician also shared a joke about Perth’s sunny climate.

‘How’s this Autumn weather,’ he wrote in the caption. Rise to fame! The hunky blonde shot to fame on The Bachelor in 2016, eventually finding love with Alex Nation but the pair subsequently split

Richie’s followers went into a meltdown over his shredded physique.

‘Are those abs painted on?’ one fan commented. Another added: ‘Oh my abs!’

Richie, who was the 2016 Bachelor, has mostly stayed out of the public eye since splitting with Alex Nation last year. Shredded! More recently, Richie has been keeping quiet, showing off his shredded physique before a boxing competition in March

After his breakup with Alex – who subsequently embarked on a lesbian fling with chef Maegan Luxa – Richie flew to Vietnam for a holiday.

Speaking to New Idea about the split in December, Richie said: ‘The months leading up to it were the most difficult, crazy and confusing time I’ve been put through.

‘Having something dissolve the way it did was heartbreaking, but at the same time, there was a lot of relief that the emotional roller-coaster was finally over.’ 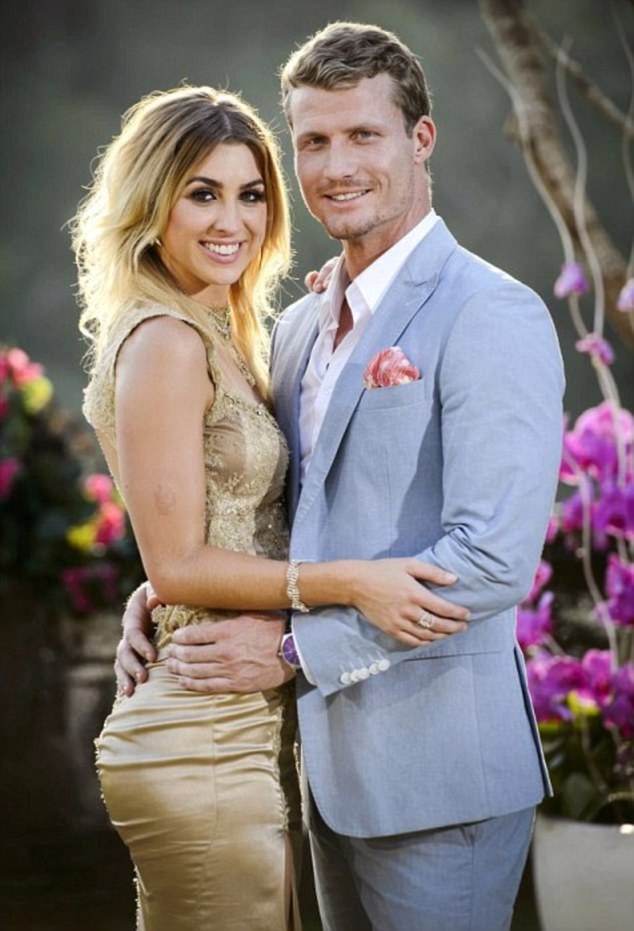 Split! Handsome Richie split with Alex Nation, who went on to get engaged to her Frankston Bombers teammate, Maegan Luxa