The balloons WILL fly in the Macy’s Thanksgiving day parade

The famous giant balloons of the Macy’s Thanksgiving Day parade will fly, after days of uncertainty over the weather.

The NYPD announced on Thursday morning that winds had calmed down enough – to around 20mph – for the balloons to safely fly in the parade.

For days, there has been uncertainty over whether the giant inflatables would be able to take part.

Wind gusts of up to 40mph were forecast in New York City for Thursday morning.

The maximum to safely fly the balloons is 34mph.

NYPD Commissioner James O’Neill told Today, before the decision was officially announced, that they would still be able to ground them at any time if the winds picked up.

‘We’re keeping an eye on the gust. Mother nature is started to cooperate. 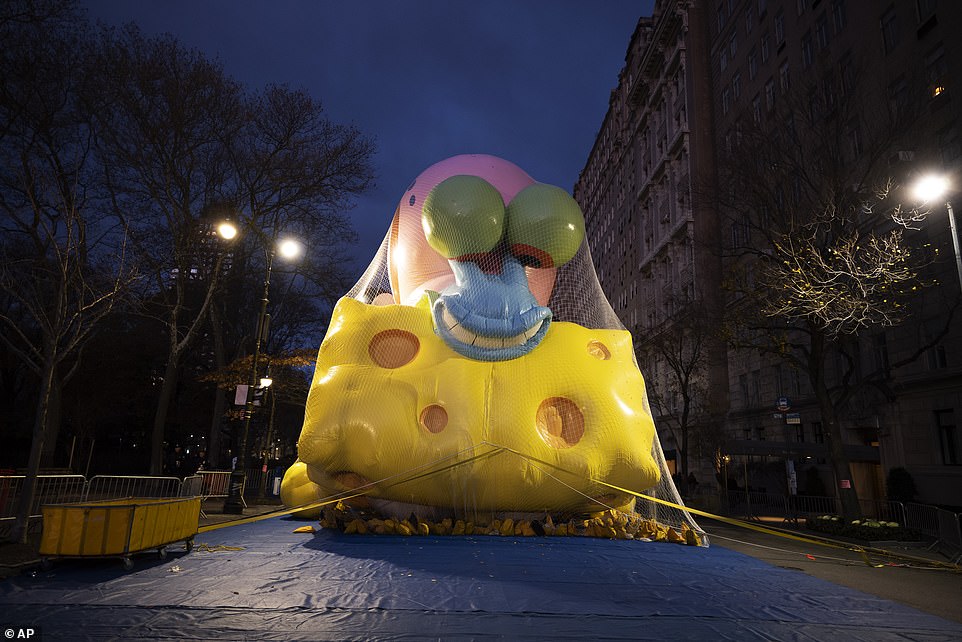 The SpongeBob Square Pants & Gary balloon on Thursday morning, before sunrise. It will be able to fly in the parade 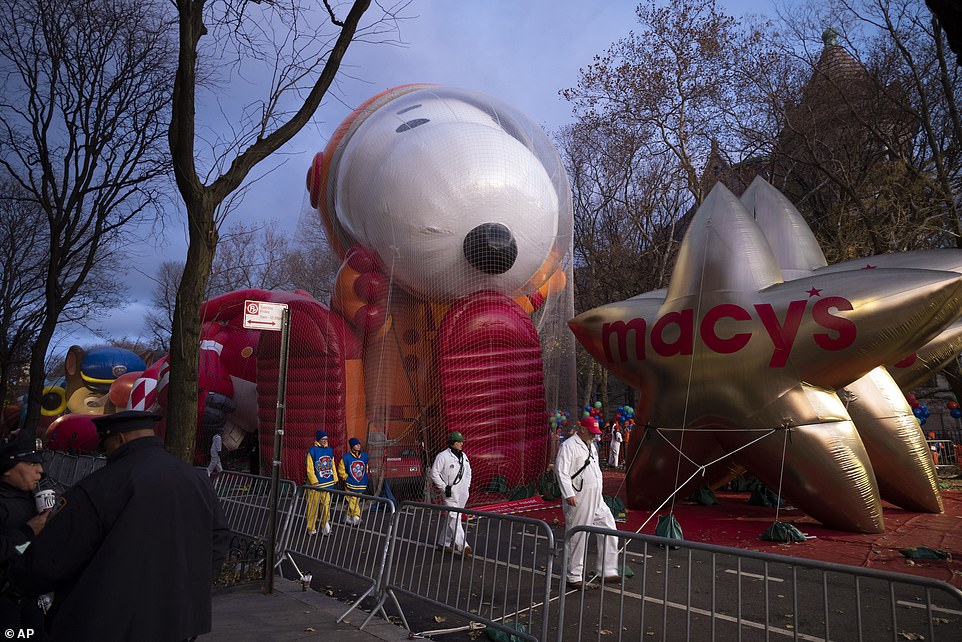 The famous Snoopy the Astronaut and Macy’s Stars balloons on Thursday, hours before the parade

‘Hopefully the balloons will fly. We can start but if the winds gust a little high we can take them and deflate them on the side street,’ he said.

He also said that they would simply fly them closer to ground if it became too gusty.

Dermot O’Shea said that the force had been planning for Thursday’s event for the last year.

‘The message to New Yorkers is pretty concise here: it’s a great day. It’s the start of the holiday season,’ O’Shea said.

‘The Macy’s team is ready. We’re going to put on a great parade with the balloons at half mast or not,’ he said.

The people handling the balloons are all Macy’s employees or Macy’s friends and family, Gennette added.

The parade is the 93rd annual Macy’s Thanksgiving Day parade. Gennette described it as the company’s ‘gift to America.’

‘This started 93 years ago with a group of colleagues who wanted to do something for family and their community.

‘It is a very proud moment for the Macy’s family.’ 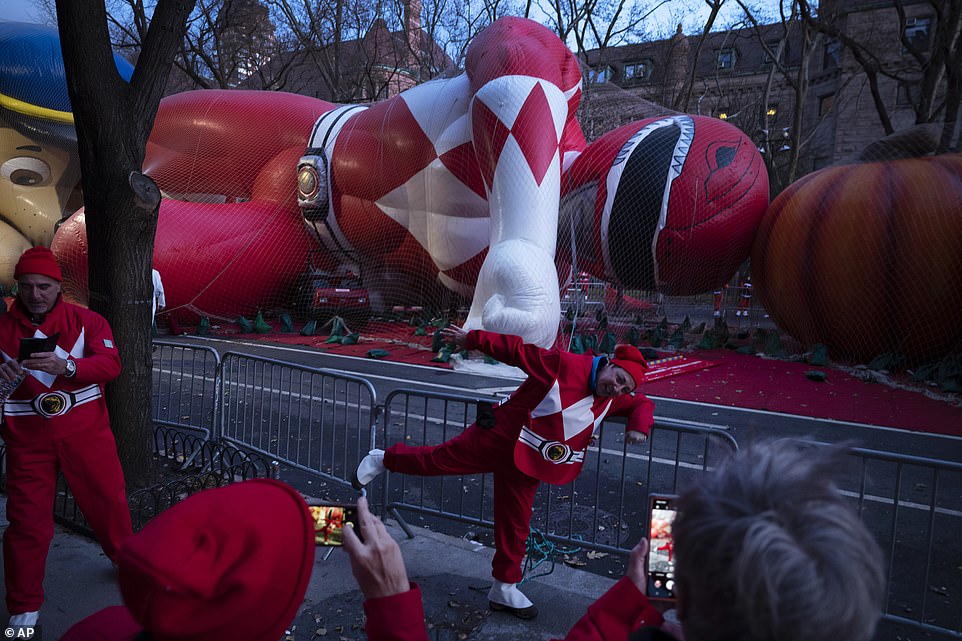 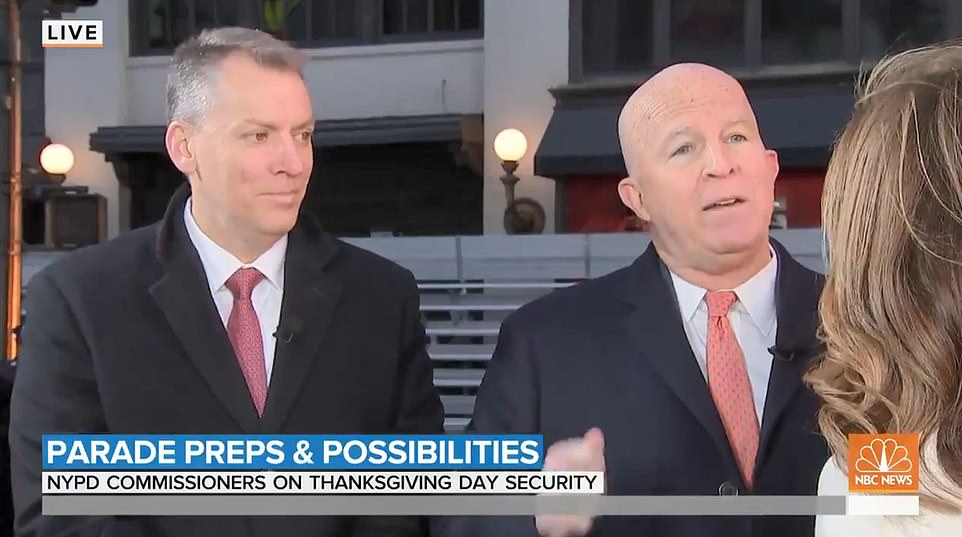 He said fans would most likely be excited about the balloons.

‘You’re going to be really excited about the return to Snoopy. This is Snoopy as an astronaut which is commemorating the 50th anniversary of the landing on the moon.

‘With the floats, get ready for the glitter with the Coach float. It is spectacular and every kid is going to love the Lego float.

‘My personal favorite is the turning Macy’s singing Christmas tree. Isn’t that awesome? We have 100 of our colleagues singing their hearts out to America.’

To be a part of the parade, Macy’s staff have to audition. Genette said they hold ‘thousands’ of auditions throughout the year.

Thousands of NYPD officers will patrol the parade.