They are usually the stuff of travel nightmares – or reality TV shows.

But, according to one Thai restaurant, eating creepy-crawlies is the new food of choice for hipsters in the country’s capital city.

The adventurous eatery in question, called Insects in the Backyard, claims to be Bangkok’s first fine-dining menu of its kind – and is popular with both locals and tourists alike.

Whetting appetites? A fresh serving of wild greens salad with pan-fried crickets at Bangkok eatery Insects In The Backyard

Located in Chang Chui – an arty district in western Bangkok filled with vinyl record stores and local fashion designers – its regularly fully-booked and has scored positive reviews from restaurant critics.

In part because the offerings – which include crab and giant water beetle ravioli, wild greens salad with pan-fried crickets and scallops with crisp bamboo caterpillars – offer an alternative to traditional meat dishes.

Co-founder Regan Suzuki Pairojmahakij says insects are more than just a gastronomic trend: they are a potential panacea for an increasingly crowded and meat-hungry world.

The Canadian national used to work in the NGO sector with remote rural communities, many of whom incorporated insects into their cuisine.

‘I’ve been working in the climate change, natural resource management fields for a number of years, and a big part of it has been the search for the sustainable forms of protein, food and supply chain,’ she told AFP. 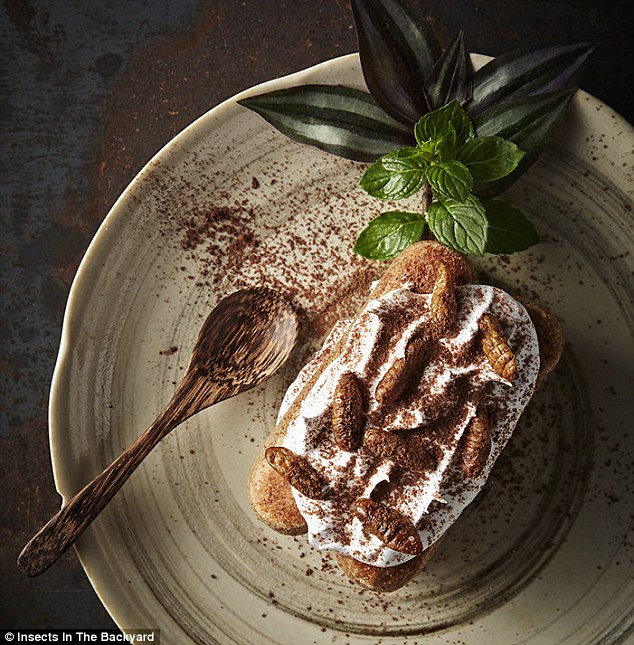 Eat your heart out: For dessert, people can enjoy classic tiramisu made with silkworm powder 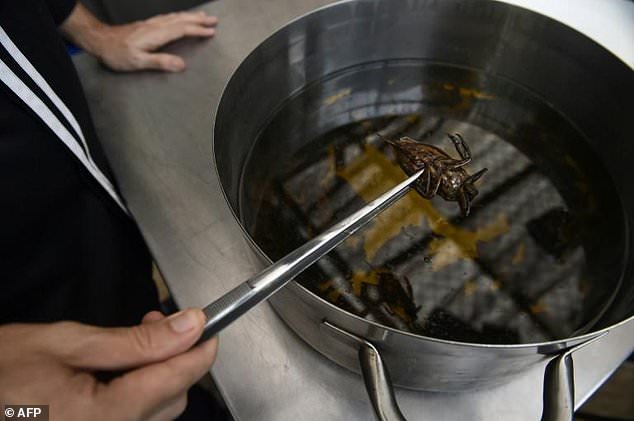 Appetising? Water beetles being prepared inside the kitchen of Insects in the Backyard 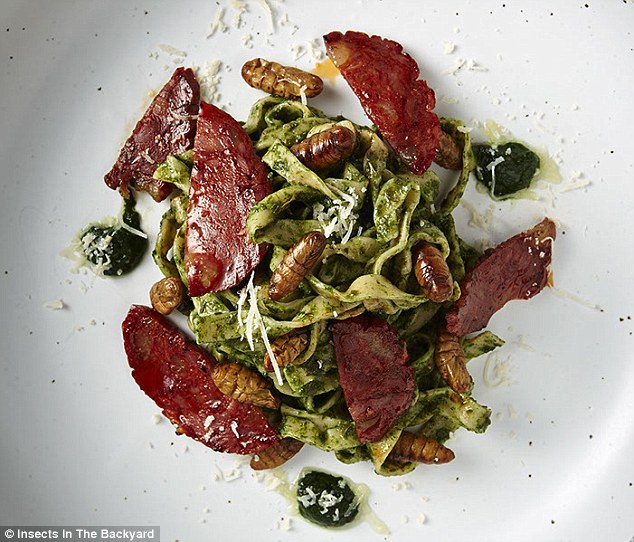 Insects, she said, require a fraction of the costs and energy needed to farm compared to staples like chicken, pork, and beef.

That is nothing new to many of Thailand’s rural classes. Insect consumption is particularly popular in the rural northern regions, mainly due to its drought-prone climate, which has created a more varied and less fussy local palate.

For people in the central part of the country that is fertile all year long, insects are eaten more as a snack, often deep fried and served with seasoning or spicy sauce. 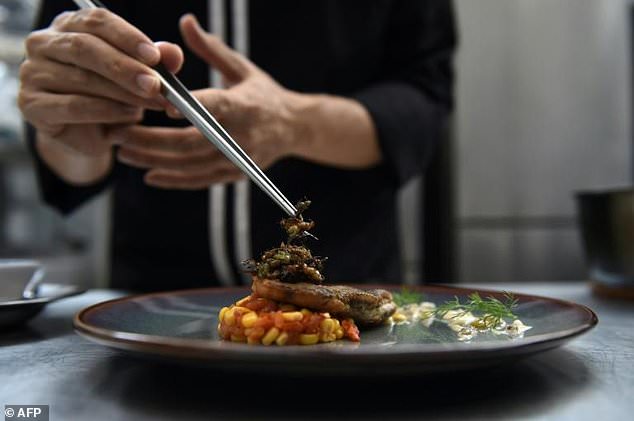 Food for thought: Edible winged ants being placed on a fish fillet inside the kitchen 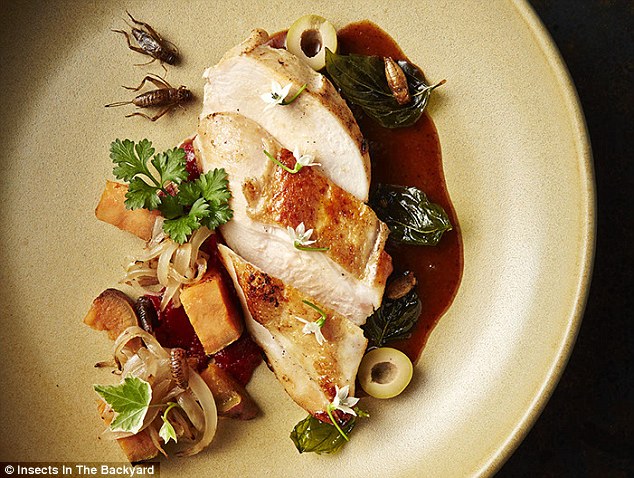 Cost-effective: Insects require a fraction of the costs and energy needed to farm compared to staples like chicken, pork, and beef, the manager says 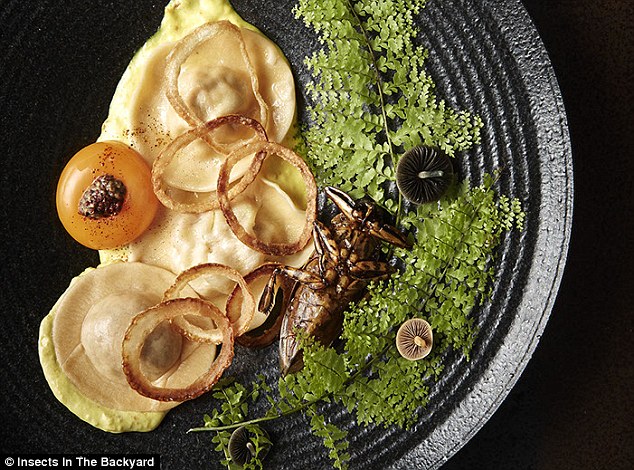 Popular: The crab and giant water beetle ravioli is said to be a favourite among visitors 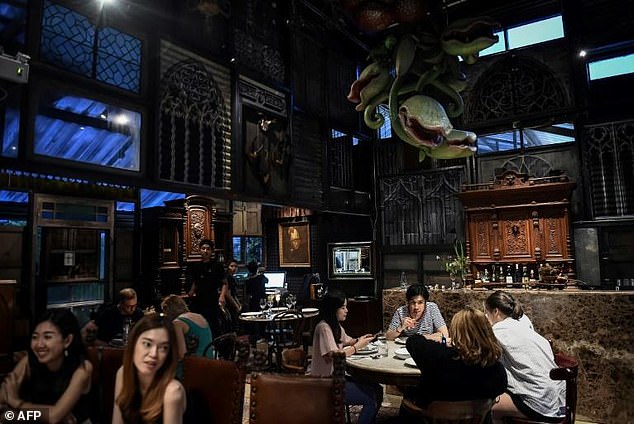 Tucking in: Customers seated inside Bangkok’s controversial Insects in the Backyard

But persuading the wealthy middle classes of Bangkok, a city of huge disproportionate wealth compared to the rest of the country, is still a challenge.

But, for others, it’s a new adventure.

Ania Bialek, a British teacher living in Thailand, said she had tried fried insects sold by street vendors but wanted to know what a higher end menu would taste like.

‘I will happily eat them again,’ she said at the end of the meal. ‘But I would need someone else to prepare it for me. I will not be keen on cooking it myself.’