‘What a moment’: Alan Shearer and the BBC team laud the South Korean team as they book their place in the last sixteen of the World Cup after another emotional group stage finish in Qatar

South Korea’s emotional passage through to the last sixteen of the World Cup was lauded by the BBC pundit team watching the game in the studio.

Their 2-1 win over Portugal meant that they finished above Uruguay and Ghana on goals scored and progressed through to the knockout stages in Qatar.

Watching the scenes as the South Koreans had to wait another eight minutes to confirm their place as Uruguay failed in their quest to find the goal to see them through, Alan Shearer marvelled at the sea of emotion in front of them.

‘What a moment.’ The former England captain expressed in delight.

‘Some of the scenes we’re seeing; the drama, the tears, the joy, the excitement. The agony they had to go through waiting in those last few minutes to confirm that they are through. It’s unbelievable.

I couldn’t see that happening in the second half, but they stuck in there and the way they scored their second goal was incredible.’

Kim Young-gwon had got South Korea back in the game after Portugal opened the scoring through Ricardo Horta after just five minutes. Another goal then looked beyond the Asian side until Hwang Hee-Chan’s 91st minute winner, that was expertly crafted by Tottenham star Son Heung-min. 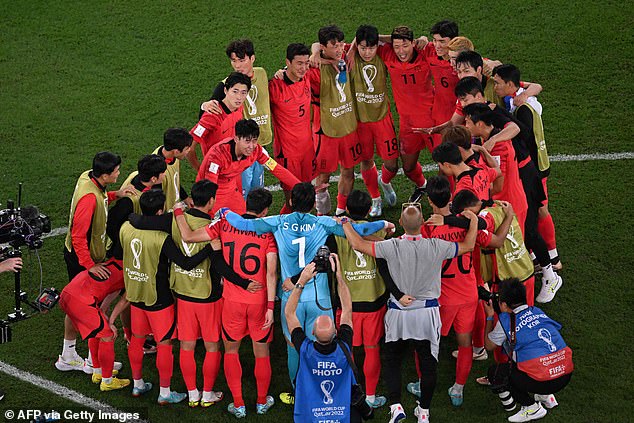 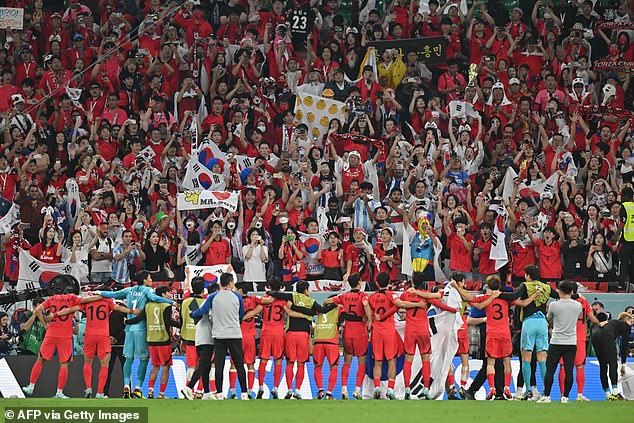 In the studio Rio Ferdinand described how they were willing South Korea to get forward but couldn’t see a breakthrough happening, until that magic moment.

He said: ‘The crazy thing is we we’re sitting here going go on, throw the kitchen sink at it, put your best foot forward. But they were patient, they were together and they were disciplined. Then they get the goal, what other sport evokes emotion like that.’

The assist for the goal from Son was the first time he’d really made an impact in the game, and his former Spurs manager Mauricio Pochettino lauded his involvement and the emotion the goal bought the team and their fans. 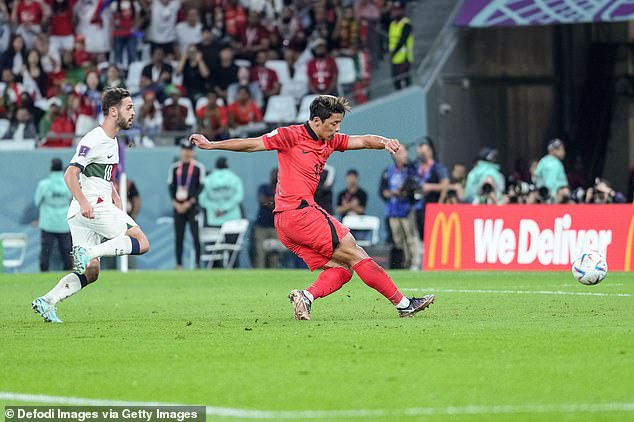 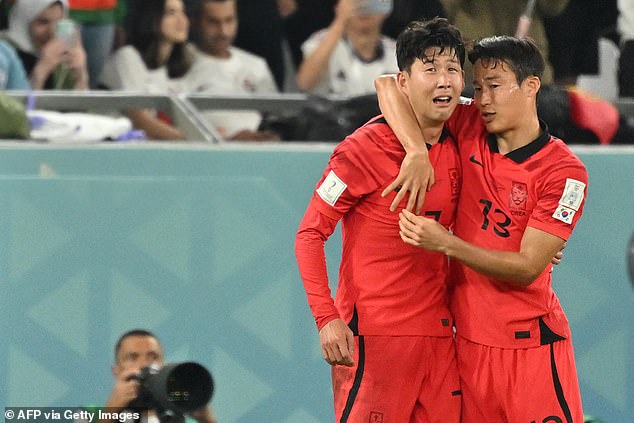 ‘It’s the best feeling in sport, and then to have this player on the pitch (Son), it wasn’t his best game but he was involved right at the end when it mattered. He had one assist and it was enough to provide a goal and see them through.’

That winning goal now sets up a last sixteen showdown with Brazil for South Korea, while Portugal will await to see who they’ll face out of Serbia, Switzerland and Cameroon.

It’s a goal that will live long in the memory of South Korean fans as they made it through to the knockout stages for only the third time in the history and one that Shearer continued to sing the praises of.

He added: ‘Everything about that goal was perfection. The run to get up there in the first place, the pass. To have the ability to pick that little pass and put it into his path. The technique, the timing of the run and then the finish. It was meant to be. Incredible.’ 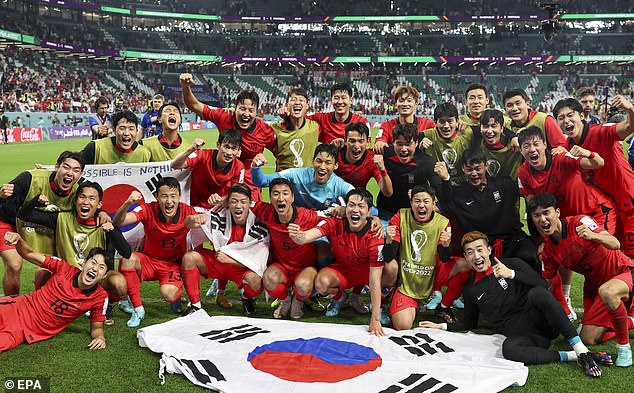