After half a century, these great songs can still grow on you: The Beatles’ Abbey Road birthday remix edition proves to be a revelation

We all have a friend whose birthdays have a way of going on for weeks. Right now, that friend is Abbey Road, which turns 50 on Thursday. There’s an Abbey Road tour by the Bootleg Beatles and the Royal Liverpool Philharmonic, with Neil Innes of The Rutles (starts Thursday, in Liverpool).

There are two note-for-note recreations – one by The Midnight Special at the Jazz Café in London (from tomorrow), the other a live album by The Analogues called Abbey Road: Relived (out Thursday ★★★★). 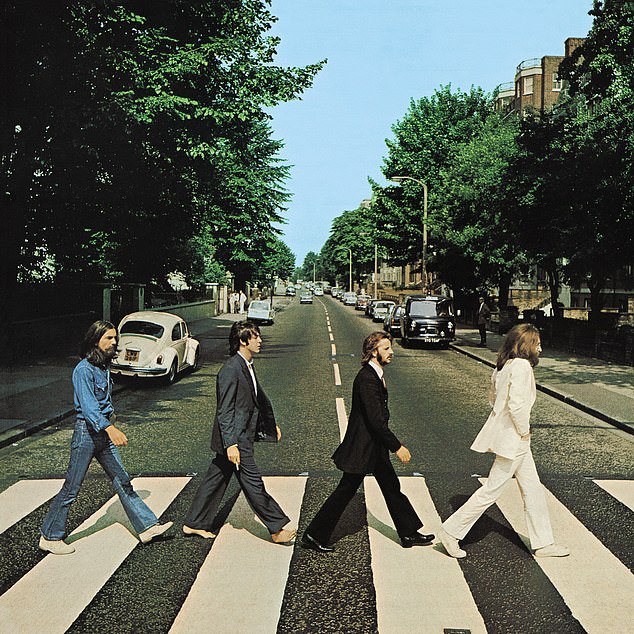 The cover for Abbey Road isn’t just famous – it’s the defining image of The Beatles. It has turned the zebra crossing outside Abbey Road Studios into a touchstone for tourists

And there’s the original LP, remixed and expanded, with two discs of demos and offcuts. Abbey Road is here, there and everywhere.

But then it never went away. The cover isn’t just famous – it’s the defining image of The Beatles. It has turned the zebra crossing outside Abbey Road Studios into a touchstone for tourists.

Easily imitated, endlessly inclusive, that photo could have been made for social media.

Is all this fuss justified? You bet. Abbey Road has as many gems as any Beatles album: the swagger of Come Together, the swing of Here Comes The Sun, the sweetness of Golden Slumbers, the swooning beauty of Something.

Frank Sinatra called Harrison’s Something the ‘greatest love song of the past 50 years’, though he thought it was a Lennon/McCartney song.

It harks back, to the directness of Rubber Soul and the diversity of the ‘White Album’, while also moving forward with the climactic medley. Squeezing eight tracks into 16 minutes, gleaming with nonchalant genius, this may be the only great medley in the history of music.

On lists of the all-time best albums, Abbey Road tends to sit below Sgt Pepper, Rubber Soul and Revolver. Listening to this edition, I wonder if we have underestimated it.

The offcuts are merely diverting, with some affable Beatle banter and only one treat – a sumptuous orchestral version of Something. The remix, though, is a revelation. The choruses are sublime, and behind them are dozens of details, glinting like figures in a Brueghel painting.

In no time, you’re joining in: ‘I’d like to be/ Under the sea’. It helps that the vocalist there is Ringo, the easiest Beatle to sing along with.

The remixing is done by Giles Martin, son of Sir George, now firmly established as the 35th Beatle. The purists would love to accuse him of messing with the magic, but they can’t, because he brings us the same magic in sharper relief.

The upshot is that, after half a century, these great songs can still grow on you.

Every year, Radio 2 Live In Hyde Park rounds off the outdoor season. This year it felt like the end of summer itself: blue skies, long shadows, a tinge of sadness. The bill was a lucky dip – Clean Bandit one minute, Status Quo the next – but it had the right headliners in the Pet Shop Boys.

Once a non-touring synth duo, they’re now a pair of old troupers. Neil Tennant’s voice has grown stronger through the years, while Chris Lowe has long-since nailed the role of the lovable enigma.

They bring bold designs and timeless hits, from the high camp of Go West to the literate rap of West End Girls and the adult pop of What Have I Done To Deserve This?, with Beverley Knight outdoing even Dusty Springfield.

Well worth catching on BBC iPlayer.