The Best Abilities of Valorant Agents 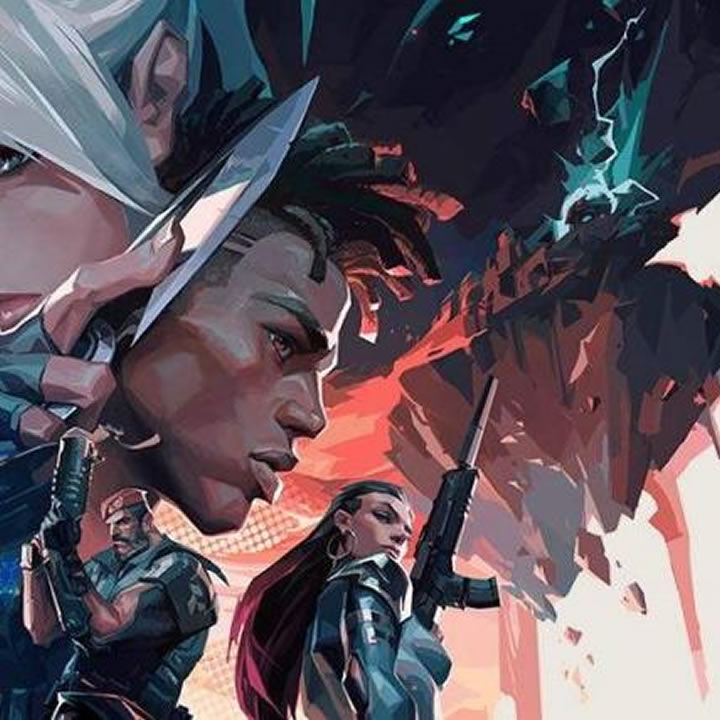 Valorant is a modern, highly competitive tactical shooter that adds a unique twist to the established First Person Shooter genre, with different characters, all having a different set of abilities. This adds a lot of depth to the game and makes every match feel different than the last.

What exactly are the Abilities in Valorant?

Every agent in Valorant has four abilities. They all provide different strengths to the team, and it’s important to choose the right ability for the right moment because some of them are situational, and some are used in every round. However, with every new patch agents, and abilities are changed a little bit to make the game balanced.

This is Cypher’s ultimate. You are stealing the information and getting the exact location of the enemies that are alive. It doesn’t matter if you are defending or attacking. You want to use this ability whenever you get a chance because it gives you and your team a huge advantage.

This is one of Sage’s abilities that you need to buy every round. It can be used in many different ways. You can rotate in, stand on it, protect your teammates, guard the bomb site, and even trick your enemies. You can easily prevent the push and buy some time for your teammates to rotate if you are defending.

This is another Cypher’s ability. Trap wires may seem easy to use, but they are predictable, and enemies will expect them in common places. It’s still good to use them that way because even if they destroy one, you will have at least some information about their position. You should try using two Trap wires because it catches the enemy off guard almost every time. This technique is not hard to use. You place the first one lower and the other one behind the first one you placed. That way, the enemy will probably try to jump over the first one and get caught in the second one. Or they will destroy the first one but probably won’t expect the other trap wire. This ability is good both while defending and attacking.

Brimstone can use his ultimate in many situations. For example, when you plant The Spike, there is no need for you to be near it. You can hide it in the right spot and then activate Orbital Stkire with The Spike in the middle of it when you hear that the enemies are defusing. Or if you are defending and hear that the enemy team is planting The Spike, you can use your ultimate on the bomb site. This is a good option for you to either buy some time or to set up a good angle for your team to get them out.

Breach has access to tow charges of Flash Points per round. This ability is fairly similar to Phoenix’s curveball but better because it has a longer-lasting flash time and because it’s easier to use. You need to be sure that you are not flashing your teammates.

Brimstone is ideal for being the one to block the enemy team’s vision. He can use up to three smokes in one round. This is very strong for executing and going for a certain sight. The reason why these Sky Smokes are so powerful is because of their versatility and playmaking capabilities. This one of the best abilities you can use every single round because it is super powerful while defending and attacking.

Breach’s ultimate Rolling Thunder is very similar to the Fault line. When you are ready to use his ultimate, you will see the big red area on the mini-map that your ultimate will effect. Since it is huge, enemies will have a hard time dodging it, and after you use it during a push, you and your team will have an easy job just killing the other team. If your ultimate hits the enemy, it’s going to knock them up, stum them and daze them. Like all his abilities, Rolling Thunder can be casted through walls as well, which makes it so powerful.

This ability is very good for gathering information about the enemy team. You get only one charge at the beginning, but it is on a 32-second cooldown so that you can use it more than once in the round. With additional controls like adding additional bounces and altering the arrow’s speed, it can take some time to get used to controlling it to land exactly where you want.

This is Raze’s ultimate, and it has the potential to kill the entire enemy team. If you are playing against her, and you see that she has her ultimate ready, separate from your team and gets some information about her position because you probably don’t want to rush into a site where she is standing.

This topic is arguable for sure, but now one can deny that sages Resurrection is the most valuable ability in the game. Her ultimate is simple, and you just need to place your crosshair over a dead ally and left-click it; after a brief channel, the ally will be brought back to life with full health and no shields. It is very important to think about how you will use your ultimate because you need to have perfect timing for it and decide who are you going to resurrect correctly.

All agents in Valorant have a different play style and role. With all these abilities, it can pretty hard to be good at the game because you need to know all agents’ strengths and weaknesses. If you struggle with your progression, one of the best ways is to ask for help people better than you. You can check boosting-ground.com because they have a team of veteran players ready to help you. They offer 247 support at all times for an affordable price.