The best and worst cities for Australian commuters

REVEALED: The best and worst cities for commuters – and it’s bad news for Sydneysiders who travel for a whopping 71 minutes a DAY

Australians are commuting for longer than ever before – but some cities have it better than others, new figures show.

A decades-long study into the way the nation lives shows commuting times have soared by more than 20 per cent in the past 15 years, with the average Australian spending about an hour each day getting to and from work.

Sydneysiders face the longest journey, with workers taking about 71.1 minutes every day in transit, but residents of Melbourne and Brisbane aren’t too far behind, spending 65.4 and 66.7 minutes on the move each day.

Sydneysiders are spending the most time travelling to and from work, a report into the lives of Australians shows (Pictured: traffic on the Sydney Harbour Bridge)

Residents living in Western Australia, outside of Perth, have seen the biggest jump. In 2002, they spent an average of 26.2 minutes getting to work, whereas in 2017, their commute had jumped to 43.3 minutes.

Within Perth, the commute has only jumped by about 10 minutes.

The Australian Capital Territory had a similar surge, with commuters in 2002 spending 31.3 minutes in transit, and 51.5 minutes 15 years later.

The data comes from the Household Income and Labor Dynamics in Australia study, which has followed the lives of Australians across the country since 2002.

Their research shows the extending commutes are having an impact not only on what time Australians are needing to roll out of bed, but also their health and their relationships.

‘Lengthy commutes have repeatedly been shown to be associated with reduced worker wellbeing and negative family outcomes,’ the report reads.

Workers with longer commutes were also more concerned with the longevity of their employment, the report showed, with participants commuting for longer reporting a higher chance of leaving their jobs or losing their jobs within the next year than those with a shorter commute. 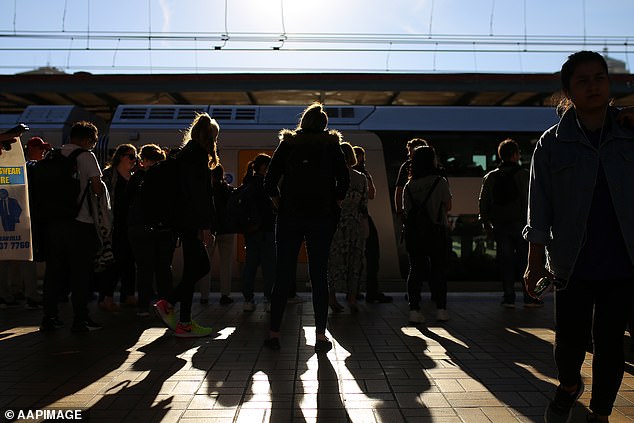 The report also showed workers with a longer commute were more likely to have looked for a new job at some point in the last four weeks.

Nearly one in five people who commuted more than two hours per day had been looking for work, compared to just 15 per cent of those travelling less than an hour a day.

Todd Denham from RMIT’s Centre for Urban Research said a lack of infrastructure, especially in the outskirts of major cities, was partly to blame for the rising commutes.

He told ABC the government needed to pour money into more public transport services, instead of more roads, to help alleviate the situation.

‘If there was a shift in the way that our politicians were thinking about these issues with congestion, there would be even more investment in rail and public transport rather than roads,’ he said. 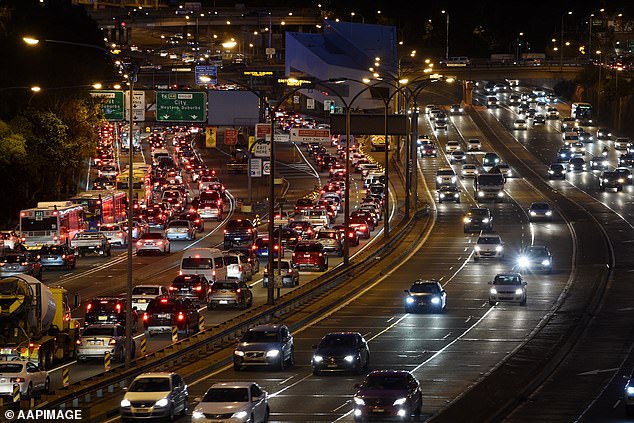 Todd Denham, from RMIT’s Centre for Urban Research, said the government needed to look at funding public transport over roads to help bring down commuting times