The BEST fish and chip shops in Britain revealed

It had to bat-ter off stiff competition but an unassuming fish and shop in Yorkshire has been crowned the best in the country.

Millers Fish & Chip shop in Haxby, York, won the top prize today at the 30th National Fish & Chip Awards – regarded as the ‘Oscars’ of the industry.

The new UK champions were presented with their award during a prestigious awards ceremony, organised by Seafish, today at the Royal Lancaster Hotel in London.

The nine runners-up were all winners in their region – so is your local on the list?

Nick (left) and David (right) Miller run Millers Fish & Chip Shop in Yorkshire. Their eatery has been named Fish and Chip Shop of the Year 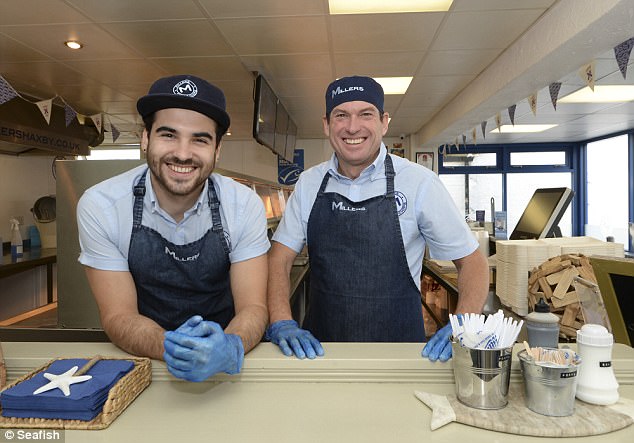 Nick (left) and his father David Miller (right), who run Millers Fish & Chip Shop, have been crowned the best in the UK 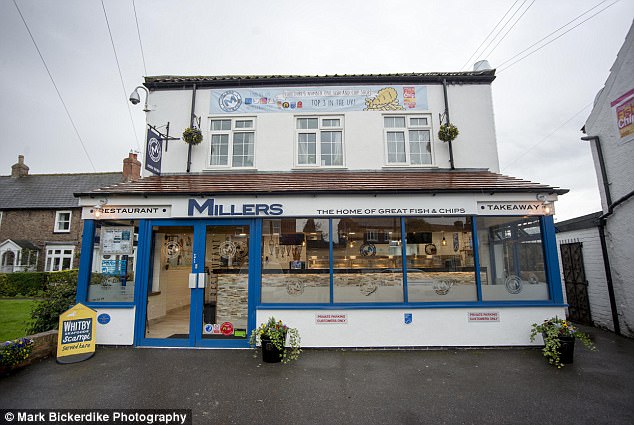 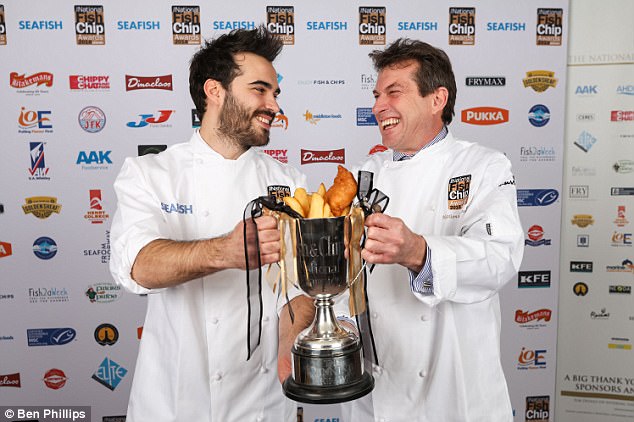 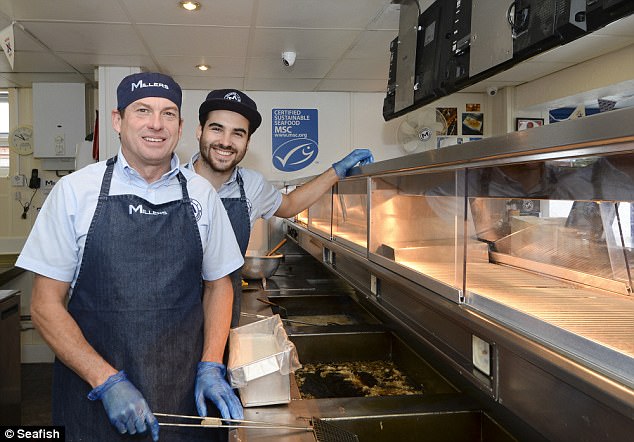 David and Nick Miller run the shop together. They serve the usual battered fish, sausages, and chips but also pies, fish bites, salt and pepper squid and haggis

The chippy sells the usual fish and chip shop fare of battered fish, sausages, and scampi, but it also caters for all dietary requirements, with separate gluten-free and halal menus.

The winner, Millers, is run by a father-and-son team, Nick and David Miller, and the business has been in the family for four generations.

Also on the menu is posh salt and pepper squid, as well as haggis.

The shop scooped the ultimate title of Fish and Chip Shop of the Year Award at the ceremony, beating nine other regional winners.

WHAT’S ON THE MENU AT MILLERS? 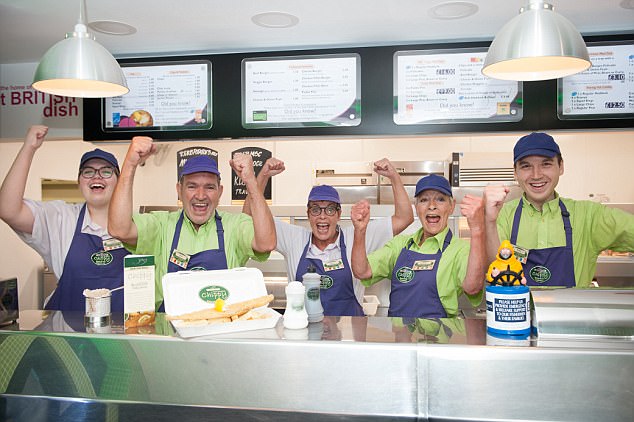 Second place is Burton Road Chippy, in northern England, looks like a normal fish and chip shop, but inside you can indulge in fine wines and that millennial favourite: halloumi.

It offers gluten-free versions of its menu on the first Tuesday of every month. 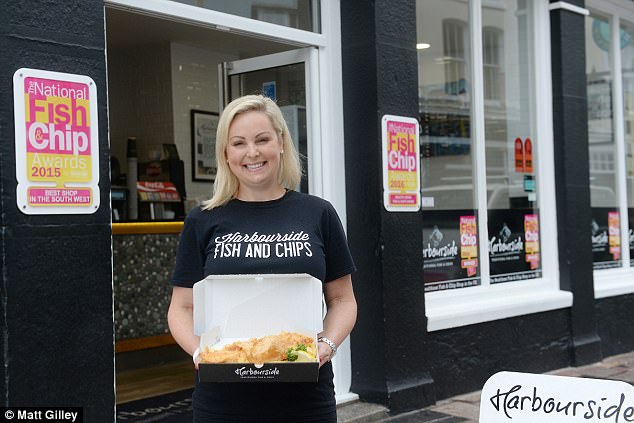 Third placed is Harbourside Fish & Chips in Plymouth, which offers its customers a healthy eating menu – not something you would expect to find at a fish and chippy.

Instead of deep-fried fish, you can choose chargrilled haddock or chicken breast.

It’s run by Sarah Lock, who took it over about three years ago, but the shop has been open since the 1970s. 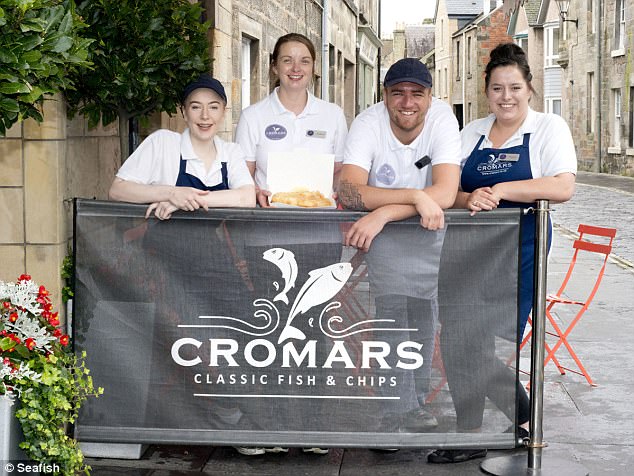 This eatery was named the best fish and chip shop in Scotland this year and in 2016 – despite only opening five years ago in 2013.

They only use the finest and freshest local Scottish ingredients.

The fish is expertly selected from Peterhead by fish merchant David Lowrie, the langoustines are from St. Monans, vegetables from Fife and potatoes from East Lothian. 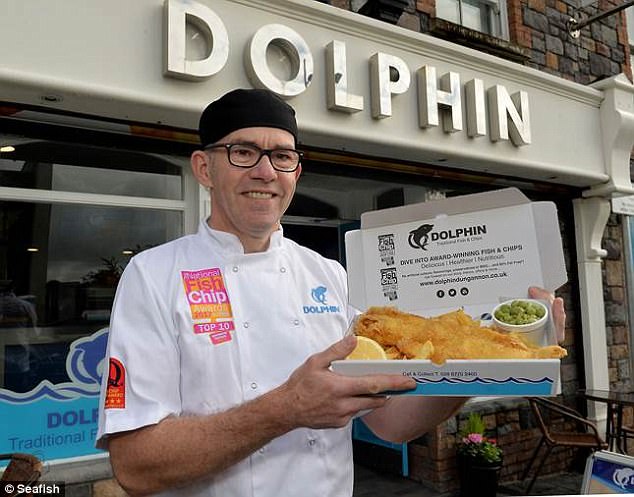 The Dolphin sells kebabs, burgers, wraps, pies and pasties as well as fish and chips.

It also sells pizzas, which means you can really satisfy your cravings at this northern Irish establishment.

Choose from rock, plaice, scampi, haddock, cod or plaice for the traditional meal of fish and chips. 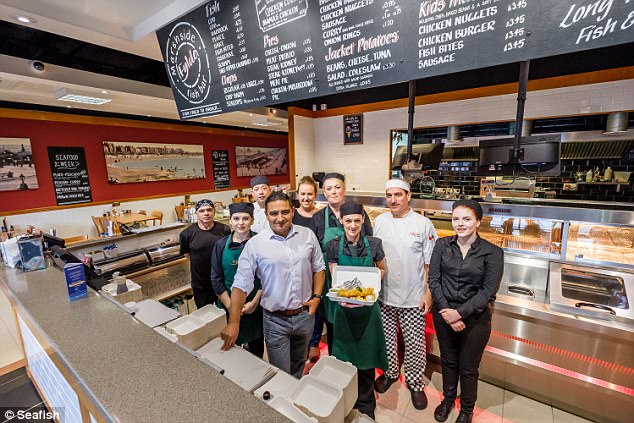 Fylde Fish Bar is family-run and sells burgers, pies and jacket potatoes, as well as traditional fish and chips.

The owner Banico is a third-generation fish and chip shop owner from a family that have been perfecting fish and chips restaurants since 1962.

They only use only the finest fresh fish, and locally grown Maris Piper potatoes – cooked in less than 1 per cent trans fat oil, and quality homemade mushy peas. 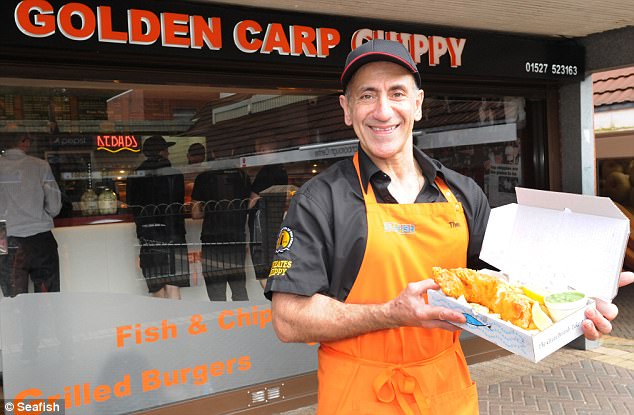 The shop first opened in 1995, and has won many awards since.

It sells all kinds of fast food, from burgers to kebabs.

It was established in 1995 in Redditch by Theo. 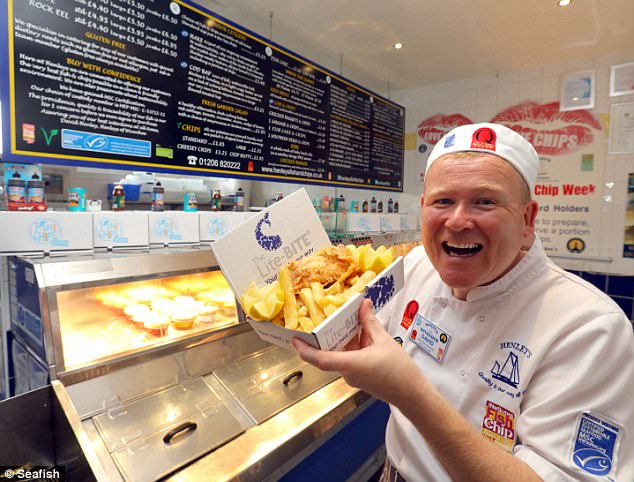 The pair offer gluten-free options at their beloved restaurant.

They also offer healthy options if you’re trying to watch your weight. 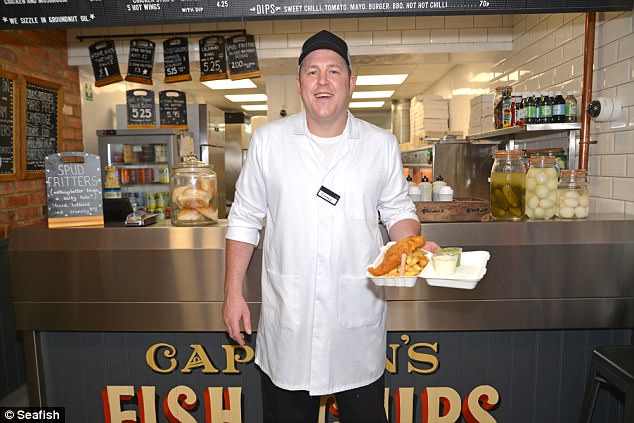 On a Friday and Sunday evening, there’s always a queue of customers snaking out of the door.

It is still run by the same owners, Tony Forgione and his brothers Luigi and Libby, who opened it back in 1998.

Tony and his brothers are the third generation of their family to have been in the fish and chip business. 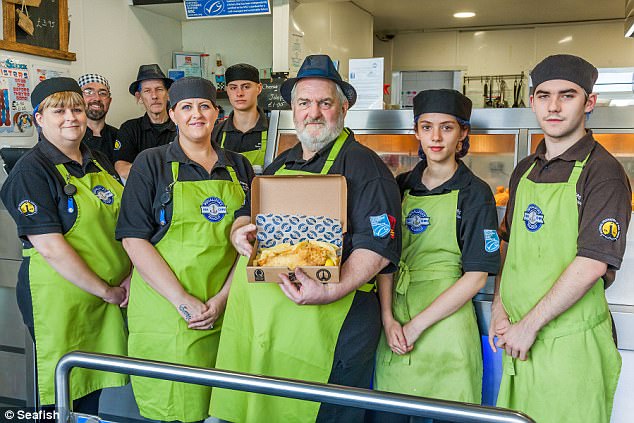 It used to be called The Chippy & Cafe when it opened in 2006, but the owner Lee has re-branded the business since then.

The shop only buys in fish that has been processed and frozen at sea, within six hours of being caught.

They offer gluten-free food to anyone who requests it, changing the oil each time they prepare for a coeliac customer.