You may be surprised to learn that not everyone on a flight feels the effects of turbulence in the same way.

That’s because there are some parts of the aircraft that shake less as it’s buffeted by the wind.

And here, commercial airline pilot Jonny Knowlson – aka Jonny the Pilot, as he’s known on social media – reveals where they are. And more besides, from the best place to sit for a good night’s sleep to the optimum side of the plane for a quick exit.

Commercial airline pilot Jonny Knowlson – aka Jonny the Pilot, as he’s known on social media – reveals where the best seats on a plane are

‘If you’re looking for the smoothest ride,’ says Jonny, ‘did you know sitting over the wings on a big aircraft that flies at a higher altitude will work in your favour?

‘Being closer to the centre of the plane’s mass while forces such as lift, torque, wind, gravity, drag and thrust act upon it will mean you’ll be well placed for a smooth ride.’

‘For the quietest seat sit as far forward and as far away from the engines as your budget allows,’ says Jonny, who says that as a pilot and frequent flyer, he’s sat in almost every seat. ‘If you miss out on the front row then plump for an aisle seat. It will be marginally quieter than by the window, though the view is less appealing. 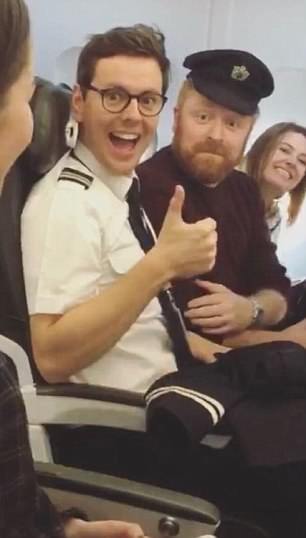 Jonny says that as a pilot and a frequent flyer, he has sat in almost every seat on an aircraft

‘The best spot for sleeping is probably towards the middle of your cabin away from the noise of toilets and my hard-working colleagues in the galley.’

‘Parents, with little chance of rest, should always try to nab a bulkhead seat but beware everything needs to be stowed for take off and landing,’ says Jonny.

‘Let me recommend Seat Guru, a superb website that offers top advice. All you need is your airline name, flight number and date you plan to travel.

‘For example, I recently flew to Geneva on an Airbus A319. According to Seat Guru row 10, Seats B, C, D, and E are great as they have ‘extra legroom due to the emergency exit’ – winner! Remember though that you’ll need to be prepared to store your hand luggage in overhead lockers in exchange for this space.

‘Another example, if you’re flying aboard a Dreamliner (787), then any seat in row 30 is an extra legroom winner.

‘However, challenges to consider include the tray table and video monitor in the armrest perhaps reducing the seat width, says Seat Guru.

‘Also it can be frustrating if fellow passengers congregate around the loo in front of you.

‘Be aware rows 12 and 13 in on the same aircraft have seats that may have limited recline, according to the website.

‘If you’re flying business on the Queen of the Skies, a 747, then upstairs in 62a is great. Easy access, extra legroom and the service is superb.’

Stick to the left, if you’re turning right

‘If you’re a hand baggage passenger then overhead lockers are important,’ says Jonny. ‘Communal, of course, but most airlines board back-to-front so being on first offers the chance to have all your belongings close by. Handy for a quick exit once you reach the gate.

‘With that in mind, front left and back left on many short haul flights works nicely as we normally disembark from that side of the aircraft, front and back.

‘And being by an exit on the left-hand side of the bigger planes is crucial if you want to avoid being at the back of that passport queue, especially on the whopping A380.

‘Remember, airlines configure cabins differently so be sure to take that into account.’

‘Without question, the very best seat on the plane is mine,’ says Jonny. ‘Don’t believe me? Come and say hello either before take-off or when we’ve landed and you’ll see.’

Jonny can be found blogging at JonnyThePilot.com and tweeting at twitter.com/JonnyPilot. 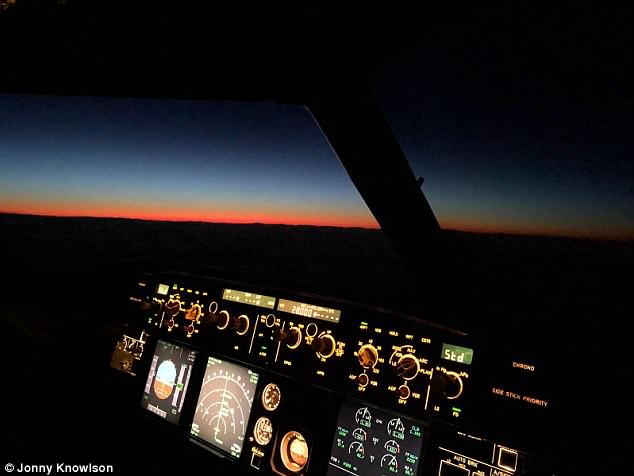