The best since Bradman! Marnus Labuschagne loves the stat that has him only second to the Don

When Marnus Labuschagne walked out to bat through the Lord’s pavilion on the final afternoon of the second Ashes Test last August, he attracted strange looks.

Test cricket’s first concussion substitute was supposed to be keeping the seat warm for Steve Smith, the run machine who had been felled by Jofra Archer. He was a stand-in, a stopgap, a curio – with a Test average of 26. A few months on, Labuschagne is a name on everyone’s lips, however you choose to pronounce it.

That day at Lord’s, he scored the first of four successive half-centuries against England, keeping his place even after Smith returned. Then, in the southern summer, he took a mind-blowing 896 runs in eight innings off Pakistan and New Zealand. He now boasts a Test average of 63, higher than anyone in the history of the game to have played at least 20 innings – with the inevitable exception of Don Bradman. 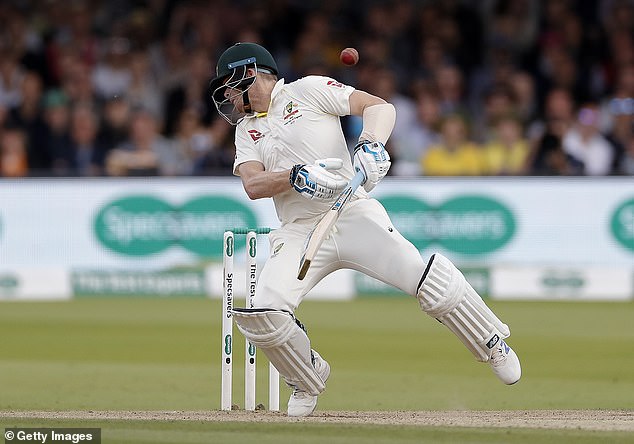 And this week he was named as one of Wisden’s five Cricketers of the Year. It has been an astonishing few months.

‘Even now, I’m getting goosebumps just thinking about it and reliving it,’ he tells Sportsmail.

‘I remember the walk through the Long Room as I went out to bat. People are looking at you like, ‘Who the heck is this guy? That’s not Steve!’

‘But because I was replacing the best batsman in the world, I guess expectations weren’t that high. I played with freedom.’

Labuschagne made 59 that day to help save the Test, despite being knocked down second ball by Archer – and immediately springing to his feet. Within a couple of weeks, incredulity had yielded to admiration. 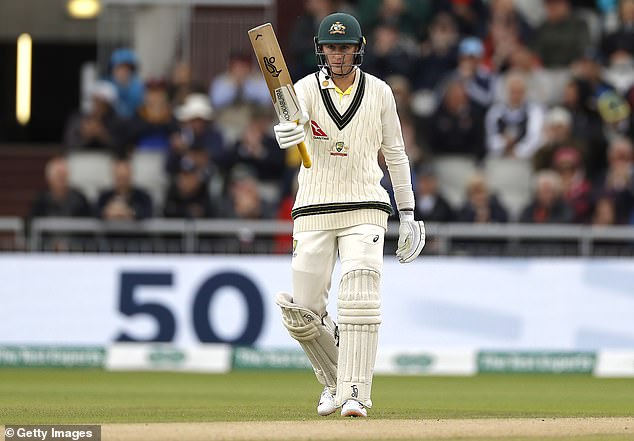 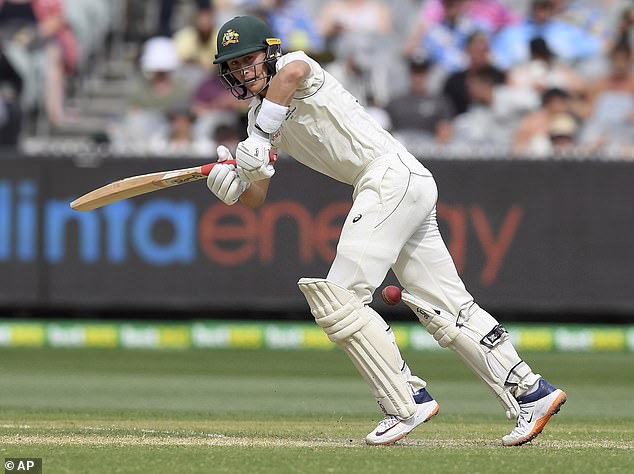 Next came 74 and 80 at Headingley – a match-winning performance, it seemed, until the intervention of Ben Stokes. And at Old Trafford his first-innings 67 paved the way for Australia to retain the urn in England for the first time since 2001.

‘It’ll sound strange, but I had a vision in my head the night before I batted at Lord’s – if I got out there and got hit, I needed to bounce back up,’ he says. ‘It got me into the contest. The ball didn’t hurt – but it was one of the quickest I’d ever faced.’

In Manchester, he put on 116 with Smith, who ticked off a double-century on his return from injury. ‘It helped me understand how he goes about things,’ Labuschagne says. 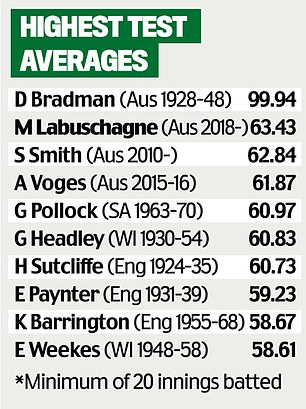 Alarmingly for Joe Root’s side, who will once more have to deal with both men when they try to reclaim the Ashes in 2021-22, Labuschagne says he learned the art of concentration in England (and Wales, where an early-season county stint with Glamorgan yielded 1,114 Championship runs at 65).

‘My experience in England taught me to play an innings ball by ball,’ he says. ‘I brought that back to Australia, where I was able to concentrate over a long period.’

And the hardest England bowlers to face? ‘There were two. Archer was very tough at Lord’s, and on day one at Headingley. I also found Ben Stokes tough. His spell at Headingley in the second innings was one of the best I faced. Not just the pace, but he kept coming at you for 10 overs and he was moving it both ways.

‘I nicked off three times. I was dropped twice by Jonny Bairstow and once by Joe Root. When I was caught, it was off a no-ball. That sticks in the mind.’

Labuschagne, 25, was born in Klerksdop, South Africa, and grew up speaking Afrikaans. After his family moved to Australia for work when he was 10, pronunciation of his name changed from ‘Laboo-skach-nee’ to ‘Laboo-shane’. But his love of cricket, bordering on obsession, was unaltered.

He is, he cheerfully admits, a ‘cricket nuffie’ – the Aussie term for an anorak. And so he finds the Bradman factoid appealing. 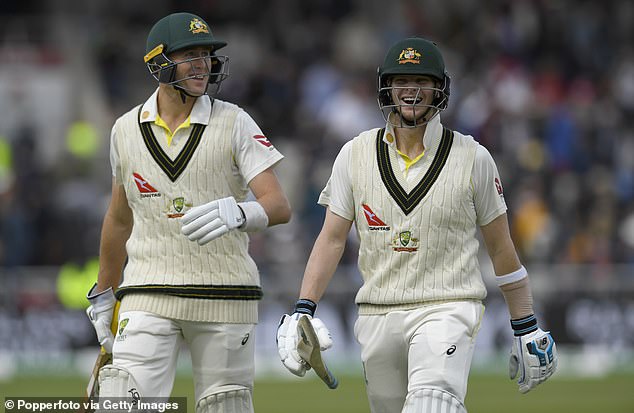 ‘It’s a pretty amazing stat, but I’ve only played 14 games. It’s about doing it over a long period. I look at guys like Virat Kohli, Joe Root, Kane Williamson, Steve Smith – he averages 62.8 after 70-odd matches. Incredible. He’s someone who can push me to that limit.’

And while Labuschagne rates the retention of the Ashes in Manchester as a career highlight, it is not lost on him that the series ended 2-2. ‘I hope we can top that when we go back there in 2023 and win the series,’ he says. ‘Hopefully, Steve and I can share a few more partnerships.’

England have been warned.