The BEST steak sandwich in NSW has been revealed

When it comes to pub food, you’d be hard pressed to beat a great steak sandwich.

And while you’re likely to find this Australian classic on the menu of almost every watering hole across the country, just one has been named a winner in New South Wales.

The Australian Hotels Association recently announced the Hero of Waterloo, a hotel located in Sydney’s Millers Point as makers of the state’s best steak sandwich.

The pub’s take on the iconic dish, priced at $19.50, comes with a prime cut of sirloin steak that sits between to thick slices of toasted sourdough bread.

In traditional style, the sandwich comes layered with lettuce and tomato. But this version comes with flavoursome extras including sauteed mushrooms, Swiss cheese and is topped with home-made onion jam and mustard seed mayo.

The Hero of Waterloo, located in Sydney’s Millers Point, has taken the award for the best steak sandwich (pictured) in NSW

Speaking to Daily Mail Australia, publican Kazuko Nelson said the sandwich has always been on the menu and since she and her husband took over the premises 30 years ago, they’ve made every effort to improve the quality.

‘As a Japanese person, I believe in quality food,’ she said.

On a busy weekend, Ms Nelson said the pub will sell anywhere between 60 and 80 portions of the $19.50 sandwich.

‘The steak sandwich is very popular and this year we decided we would enter it.’

Ms Nelson said she prides herself on running a kitchen that offers top notch meals to diners looking for a quality dining experience. 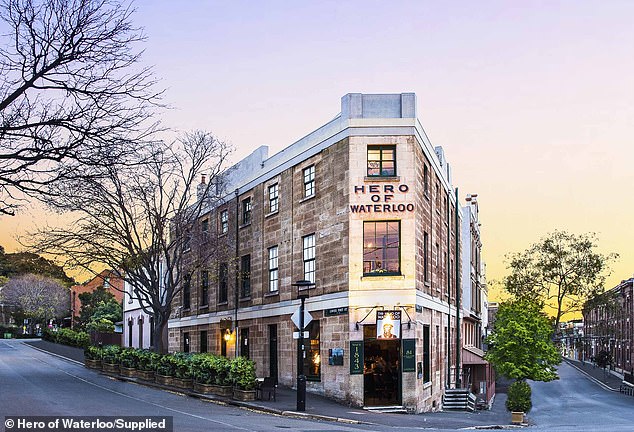 The pub (The Hero of Waterloo pictured) sells the award-winning steak sanga for $19.50, with a serving also featuring a side of chips 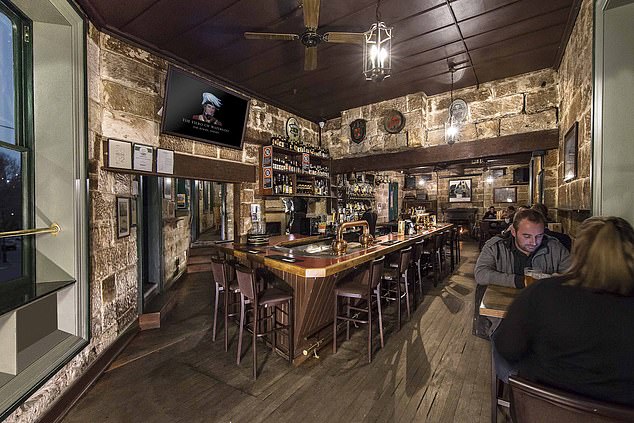 On a busy weekend, Ms Nelson said the pub will sell anywhere between 60 and 80 portions of the $19.50 sandwich

Other awards given out by Australian Hotels Association

‘It has to be quality. The quality of food is becoming more and more important in today’s pub scene.’

In addition to the Aussie classic, risotto and lamb shanks are also popular with patrons who frequent the inner city watering hole.

The Dolphin in Surry Hills took the award for best wine list and Rose of Australia in Alexandria was awarded best traditional hotel.