Europe has suffered as tourism vanished during lockdown. Now it’s back — and so are some incredible bargains, as airlines struggle to fill seats.

Year-on-year fares in August are as much as 81 per cent off. Here’s our guide to some of the best deals…

Bargain: Ryanair return fares from Stansted to Rome cost from £51

Have the Trevi Fountain and the Spanish Steps (almost) to yourself in Rome — for a song. Queues are short for the Colosseum, and the Pantheon is just about empty. Check out the masterpieces at Galleria Borghese (visitor numbers are limited to 80). The Vatican is quieter than ever, too.

WHERE TO STAY: Princeps Boutique Hotel in the central Monti district has smart doubles from £73 (princepshotel.com). 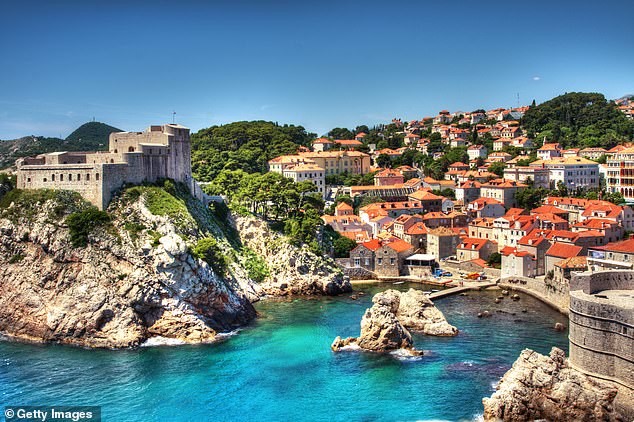 Take in Dubrovnik’s medieval monasteries, churches and palaces, and the harbour (above)

When gigantic cruise ships dock, Dubrovnik can be overrun. But now cruise holidays are on hold, it’s a ghost town. Take in medieval monasteries, churches and palaces, and the harbour. Walk the walls. Subathe on the beaches. Go on a boat trip to the picturesque island of Lokrum.

Where to stay: Hotel Ivka costs from £73 B&B (ivkahoteldubrovnik.com).

It’s quiet amid the dormant volcanoes in Timanfaya National Park, usually full of buses — and there’s no need to book for the fabulous El Diablo restaurant. Check out the Jardin de Cactus, and artist Cesar Manrique’s home in an old lava flow.

Where to stay: Hotel Lancelot in Arrecife has a rooftop pool and smart rooms from £61 B&B (lancelothotelarrecife.com). 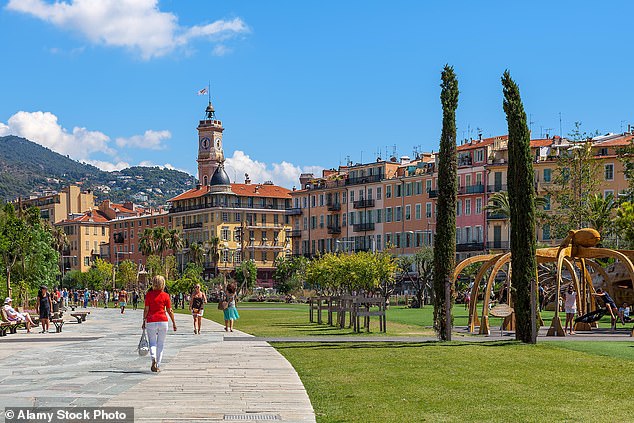 Enjoy the green spaces of Promenade du Paill, above, without the crowds

Enjoy the peace of the Promenade des Anglais, and the green spaces of Promenade du Paillo. Expect few queues at Musee des Beaux-Arts and Musee Chagall.

Where to stay: La Villa Nice Victor Hugo has stylish doubles from £89 (hotelvillanicecentre.com).

August sees daily highs of 29c — perfect beach weather. It’s quiet at the Palace of Knossos (built by the Minoans) and the Preveli monastery. Hire a car to explore Samaria National Park with no traffic jams.

Where to stay: The Capsis Astoria Heraklion has a great roof terrace and costs from £61 B&B (capsis-astoria-heraklion.h-rzn.com).

Fly to Dalaman and bask in the beauty of the Turquoise Coast. There are beaches galore: Icmeler Beach near Marmar is; the fine sands by D-Resort Gocek; the lagoon at Oludeniz; Iztuzu Beach, with its turtle nests; and the pebble beach in Kalkan.

Where to stay: Sunset Apartment IV in Kalkan sleeps six. A week costs from £1,050 (kalkana.co). 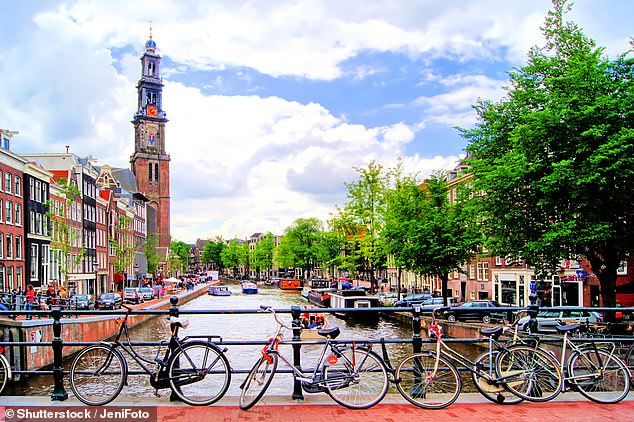 Queues are down at the Van Gogh Museum and Rijksmuseum, Enjoy the Heineken Experience at the brewery without the bustle, and expect a bargain at the floating Bloemenmarkt flower stalls.

Where to stay: Generator Amsterdam has doubles from £32 (staygenerator.com).

Germany’s capital is perfect for a long weekend in August, with average daily highs of 23C. Wander along the Berlin Wall at the open-air East Side Gallery, visit Museum Island, and walk by the River Spree to Schloss Charlottenburg, Frederick I’s rococo palace, crowd-free.

Where to stay: Grimm’s Hotel at Potsdamer Platz has rooms from £72 (grimmshotel.de). 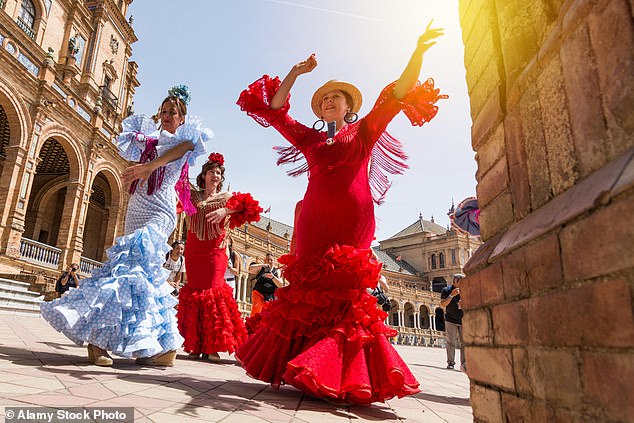 Ryanair has Stansted returns to Seville rom £75. It’s hot in August, with daily highs of 36c

It’s hot in August, with daily highs of 36c. The lanes full of tapas bars near the cathedral and Alcazar are quieter. Enjoy Parque de Maria Luisa, or see a flamenco show; tickets are easier to get.

Where to stay: Airbnb has apartments in Triana from £74, sleeping five (airbnb.co.uk).

AND WHAT’S GOING ON FURTHER AFIELD…

So far, 43 of the 156 resorts have reopened after the country lifted border restrictions last Wednesday. Its government is issuing ‘Safe Tourism Licences’ to hotels that abide by requirements such as having a medic on call. The Maldives, which has had 15 deaths, is not on the FCO quarantine-free list.

After one of the world’s strictest lockdowns, which included a curfew and a ban on alcohol and tobacco sales, South Africa began to ease restrictions on May 1. The country has had the most cases in Africa (more than 408,000). It is predicted that tourism won’t resume until February 2021.

Early lockdowns have been credited with keeping the virus relatively contained. However, after easing restrictions, the country saw more than 500 new cases in one day, mostly in Melbourne. Borders are likely to remain closed until next year.

Several islands are on the FCO’s quarantine-free list, including the Bahamas, British Virgin Islands, Bermuda, Barbados, Antigua and Barbuda, Turks and Caicos, St Lucia, St Vincent and the Grenadines, and St Barts. Restrictions vary between islands.

The borders remain closed and are unlikely to reopen to British tourists this year. States determine measures individually. A third have strict policies in place for visitors.

Despite a relatively low number of cases and 58 deaths, the country is extending its state of emergency until the end of August. The country hopes to begin welcoming tourists from September 1.