The best time of day to eat carbs without gaining weight 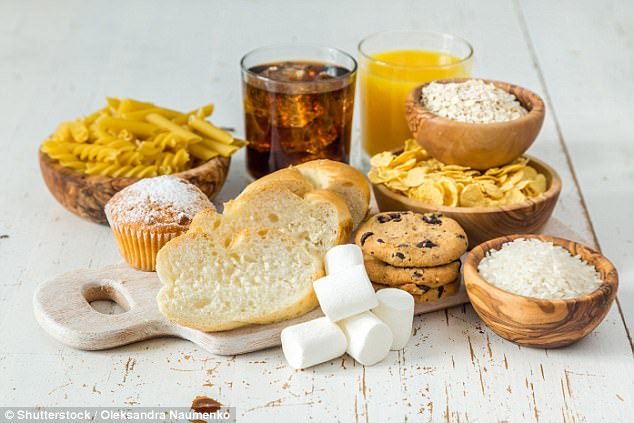 Worrying about your weight? Then stop now – because it is that very stress which could be making you fat, according to the inventor of the revolutionary 5:2 diet.

Dr Michael Mosley says there is now ‘compelling scientific evidence’ that stress wreaks havoc with our bodies and predisposes us to putting on weight.

Speaking in The Mail on Sunday’s new ‘Life’ section, he advises dieters to relax.

‘To lose weight and keep it off, it is important to reduce stress – and all the comfort eating that goes with it.’

Dr Mosley and researchers from the University of Surrey asked healthy volunteers to eat either the majority of their daily carbohydrate intake in the morning or evening.

Whereas eating lots of carbs in the morning and few in the evening increases their glucose response by 15.9 units.

The scientists from the University of Surrey plan to repeat the experiment in a larger study.