A former Bandidos bikie is once again at the centre of a brutal war between two rival gangs.

The 48-year-old was rushed to hospital in serious condition – and this is not the first time he has survived an attempt on his life.

Jacques Teamo, 48, was beaten by up to seven Mongols and had to be taken to Princess Alexandria Hospital in Brisbane on Monday 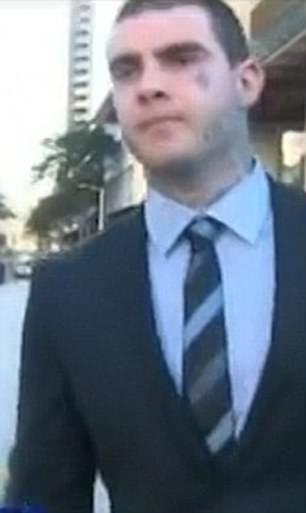 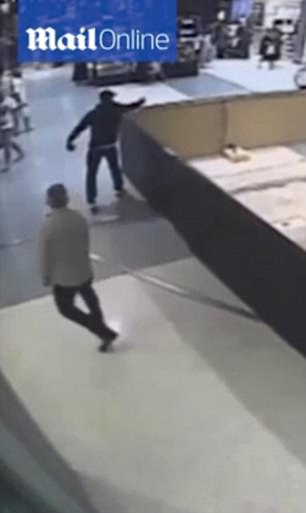 In 2012, Teamo was shot by Mongols bikie Mark Graham (left and right in the black tracksuit during the shooting) at Robina Town Centre but recovered from his wounds

In 2012, Teamo was shot by Mongols bikie Mark Graham at Robina Town Centre but recovered from his wounds.

Teamo, who had brandished a knife during the confrontation, walked away with only minor injuries to his shoulder.

Graham, who also shot an innocent woman in the buttocks during the firefight, was sentenced to 12 years and three months in jail for attempted murder.

After Teamo’s beating on Monday, a prison spokesman said: ‘The prisoner was assessed by medical staff at the centre before being transferred for further treatment.

‘No officers were injured in the incident, which has been referred to the CSIU for investigation.’

Teamo is being held at the jail on remand after allegedly assaulting a 29-year-old man at the Pacific Fair Shopping Centre on the Gold Coast earlier this month.

A bike seat was also used as a weapon when notorious drug dealer Carl Williams was bashed to death with one in Victoria’s Barwon jail in 2010. 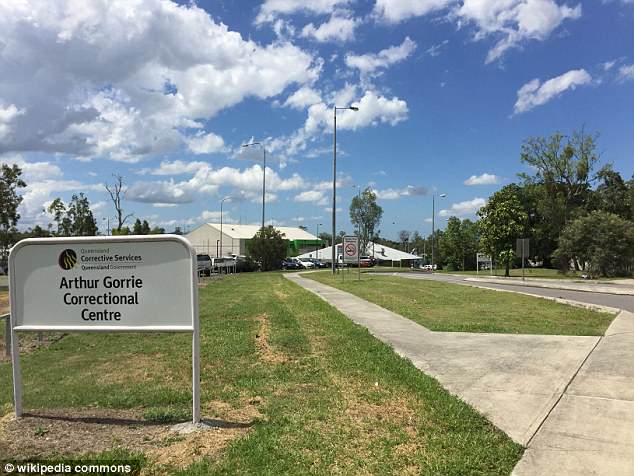 The war between the Bandidos and the Mongols has been long-running.

In 2013, Teamo was among dozens of Bandidos who stormed Broadbeach to confront a Mongol who was eating in a restaurant.

A brawl broke out leading to dozens of arrests.

Teamo’s role in the brawl and the 2012 shoot out got him expelled from the Bandidos whose members were ordered to kill him if they ever saw him again.

Bond University criminologist Terry Goldsworthy said of the gangs’ rivalry: ‘There’s been bad blood there for a while now.

‘They contest similar territory, there’s some personality clashes – it’s almost inevitable that you are going to see increased tensions,’ he told the Courier-Mail.

‘These gangs feel like they have to protect their brand and their reputation and the best way they know how to do that is with violence.’ 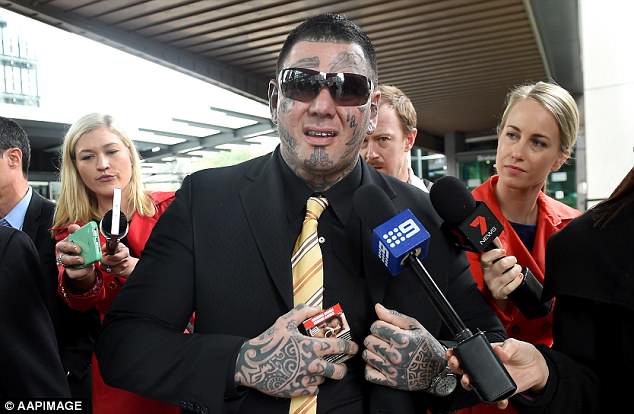