The Western Sydney best friends, who admittedly have limited experience in building and design, bowled the judges over.

The pair spent the least amount on their renovation at just $20,749, but took first place on the leaderboard with a total score of 26 out of 30.

‘I can’t believe this is Omar and Oz. Traditional and contemporary,’ said judge Shaynna Blaze, touring the boys’ flawless renovation.

Meanwhile, fellow judge Neale Whitaker said he ‘loved it’, before referencing the tiling and panelling used in the room. 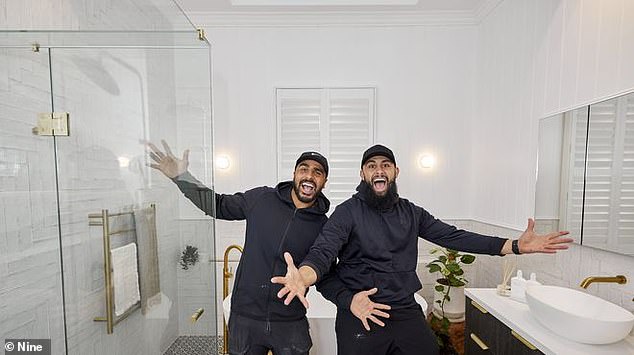 The pair spent the least amount on the renovation at just $20,749, but took home the prize 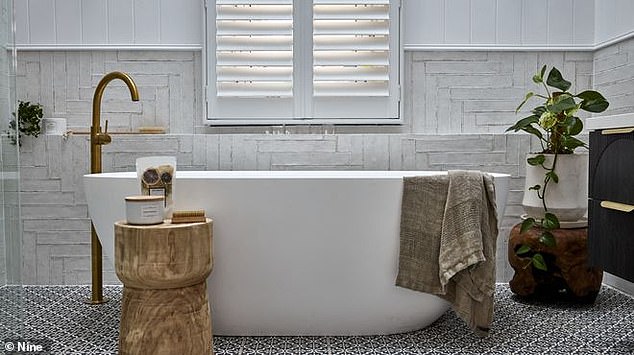 ‘What is blowing me away is that these are all elements that shouldn’t work together but they do,’ Neale said of the pair’s stunning bathroom

‘What is blowing me away is that these are all elements that shouldn’t work together but they do,’ Neale said.

‘It’s beautiful. It works. It feels contemporary and country,’ he added. 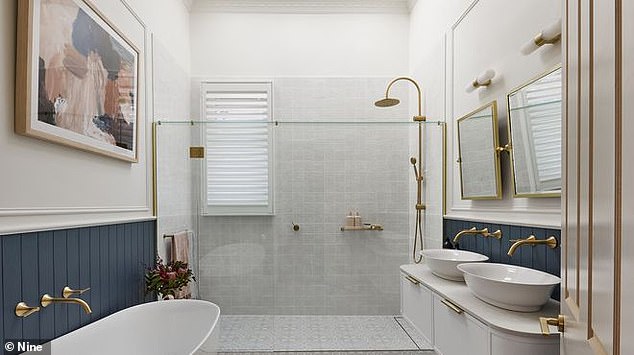 Tom and Sarah-Jane spent $22,700 on their renovation. The couple are proving strong contenders this season and were only beaten by half a point

The boys were clearly thrilled with the win as they jumped up and down in delight.

‘We worked so hard for it,’ Omar said.

Second place saw a tie with Tom and Sarah-Jane and Dylan and Jenny.

‘This is a pretty stunning welcome to The Block for Tom and Sarah-Jane,’ Neale said of their bathroom.

‘The bold statements and bold colour. I’m excited about it,’ Shaynna added, going on to praise the couple for their mirror choice.

Darren erred on the size of the vanities which he considered ‘too small’ for a bathroom which would be shared by two people.

Meanwhile, Dylan and Jenny got flooded with praise.

‘It feels contemporary but respectful of the house,’ Neale said.

Shaynna remarked it was obvious the pair were both carpenters.

‘Their execution level and attention to detail to their trade and their skill is phenomenal,’ Shaynna said.

Newcomers Rachel and Ryan impressed the judges with their bathroom but got critiqued about their double showers, normally used in a master en suite. 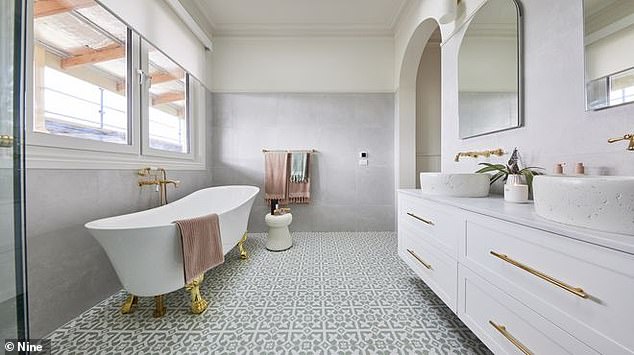 Dylan and Jenny (bathroom pictured) scored praise from the judges: ‘Their execution level and attention to detail to their trade and their skill is phenomenal,’ Shaynna said

‘They have six draws and power points, so they have really thought about [the function of the room],’ Shaynna said.

Neale added he couldn’t ‘commend them highly enough’ for their standing start on the show, saying: ‘It feels like an urban bathroom.’ 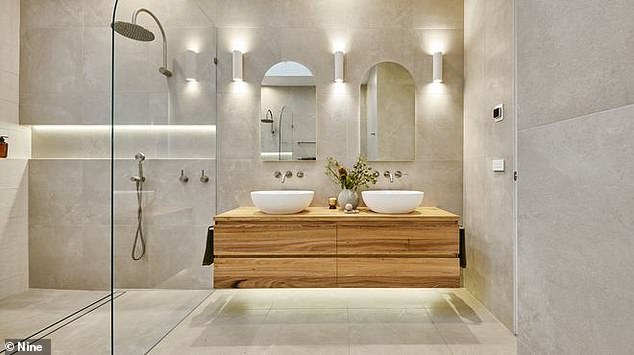 Newcomers Rachel and Ryan (bathroom pictured) impressed the judges with their bathroom but they weren’t sure about double showers, normally used in a master en suite

The judges did not hold back on Sharon and Ankur, who scored the lowest of the night

Shaynna was made furious by their tile choice with her lambasting the couple, saying it ‘wasn’t heritage’ at all. 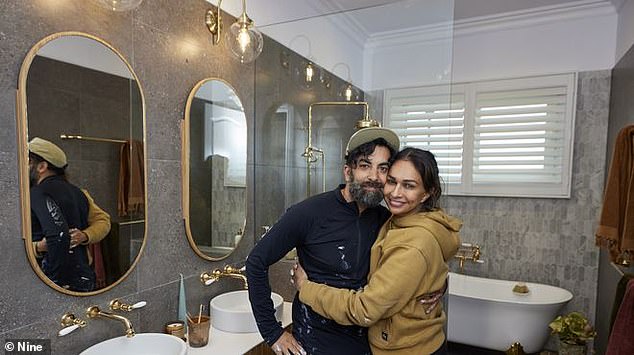 Judges did not hold back on Sharon and Ankur, leaving the former Neighbours star in tears

‘If anything will get me angry. It’s doing this to that beautiful house we walked through,’ Shaynna said.

‘It’s brassy and shiny and something about it isn’t feeling authentic,’ Neale added of the style choices.

The Block continues on Monday at 7.30pm on Channel Nine 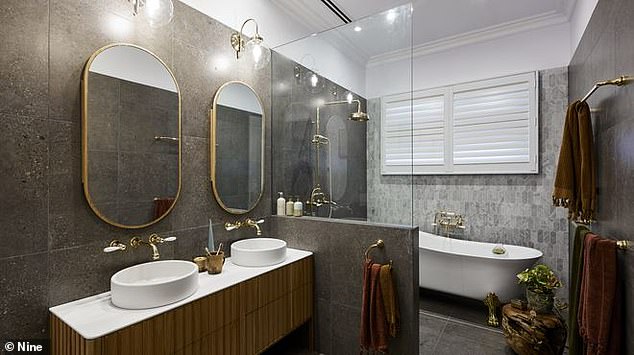 ‘If anyone house will get me angry. It’s doing this to that beautiful house we walked through,’ Shaynna said. Neale called it ‘inauthentic’ as well as ‘brassy and shiny’